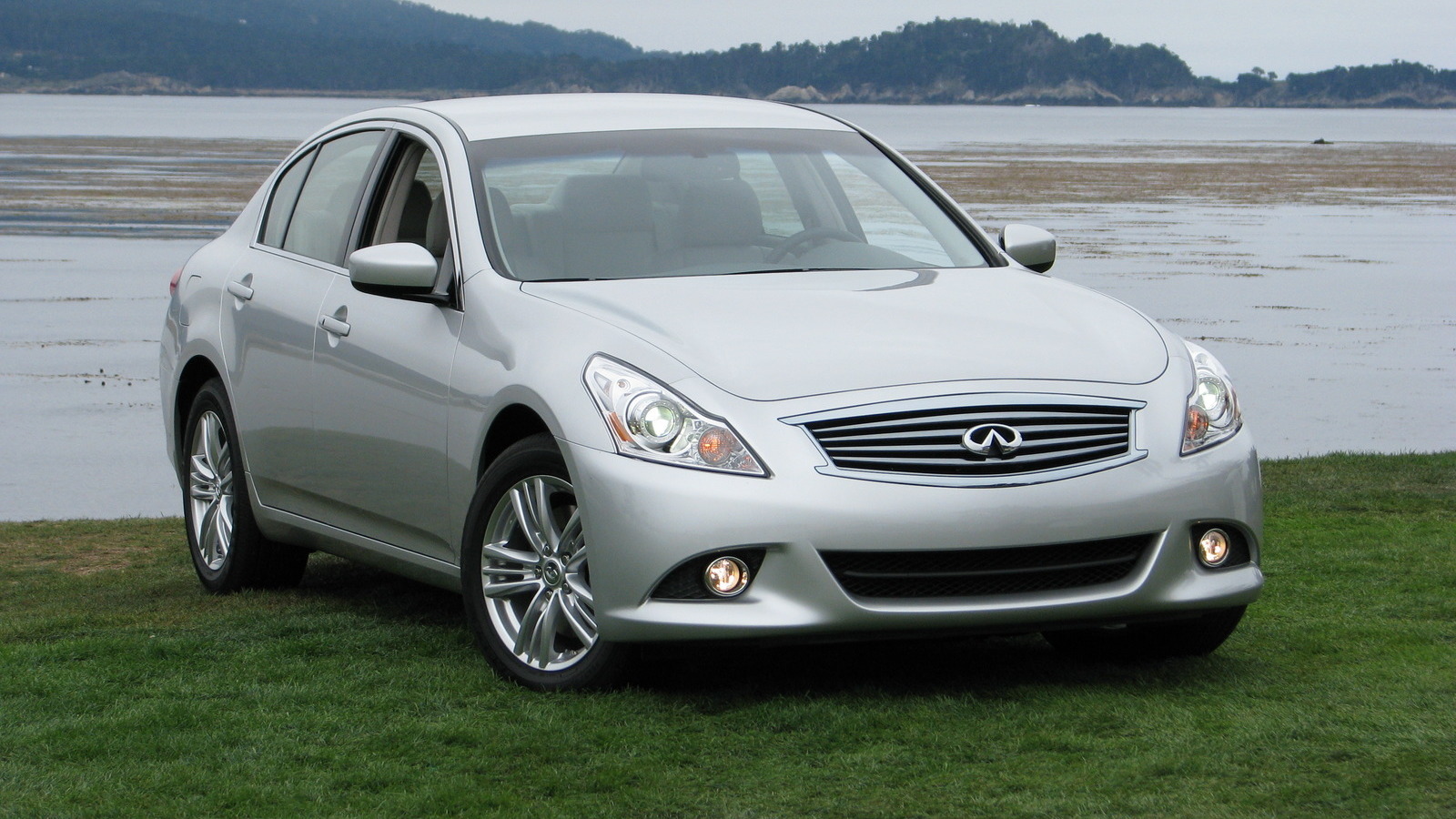 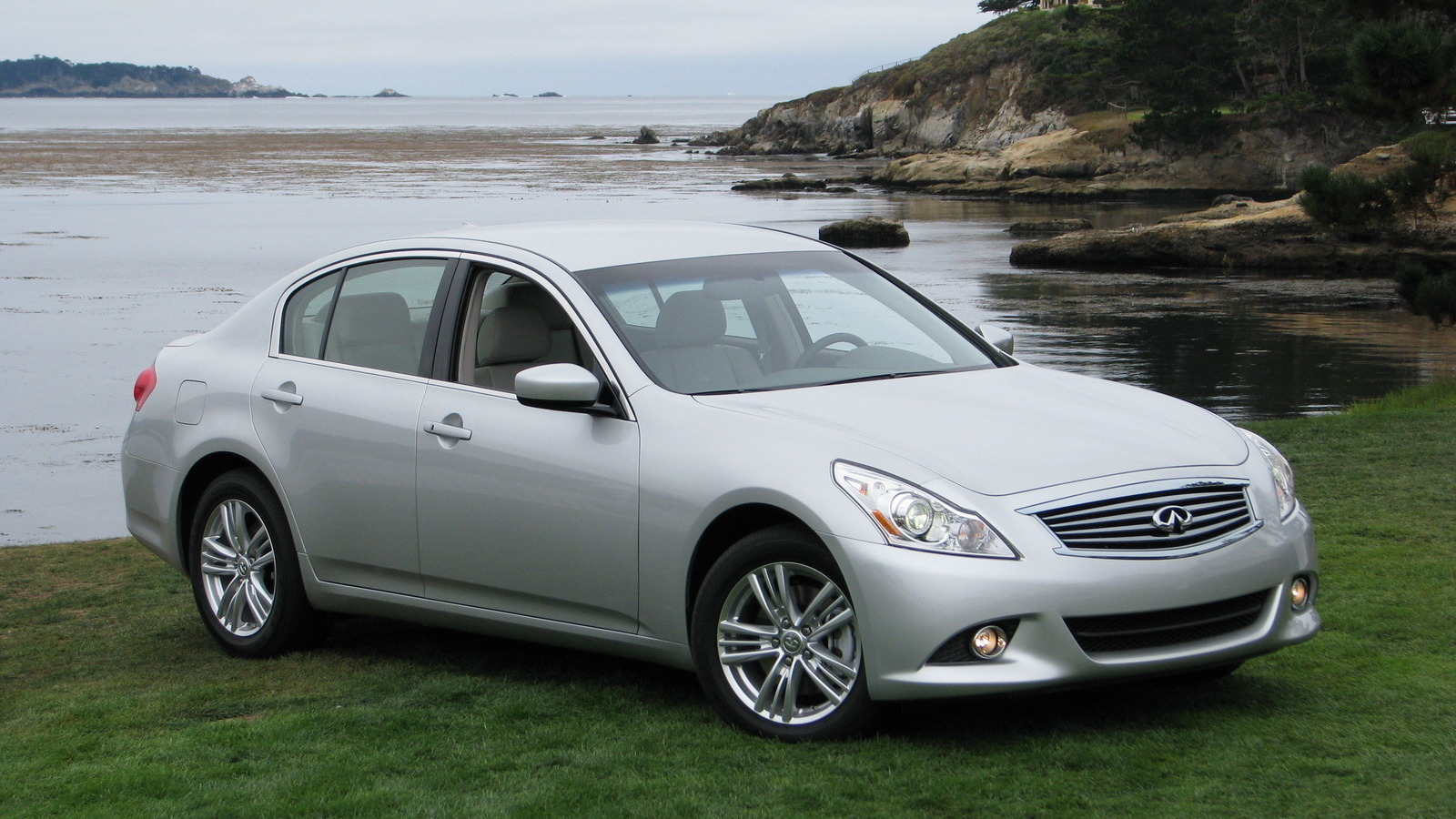 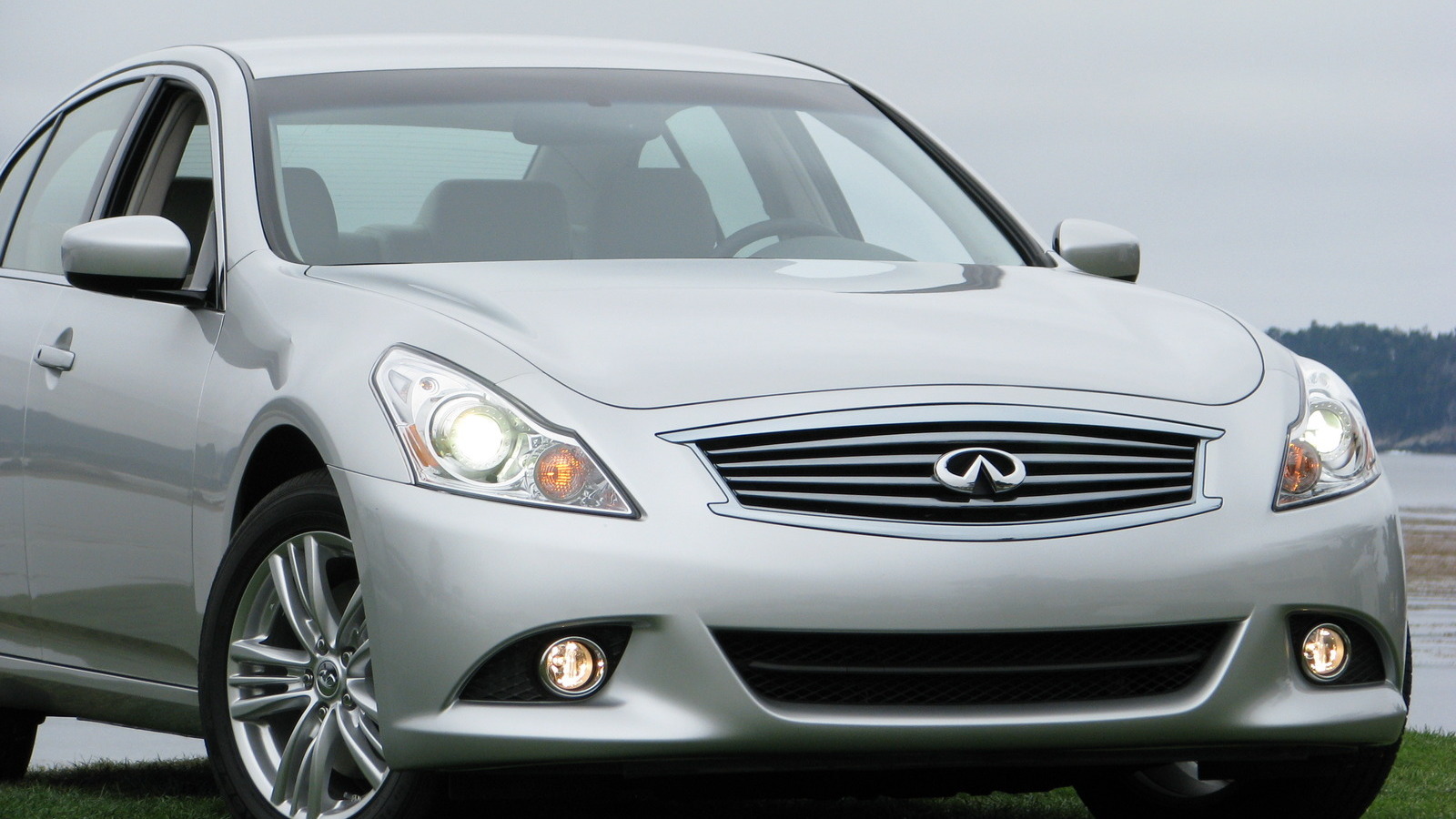 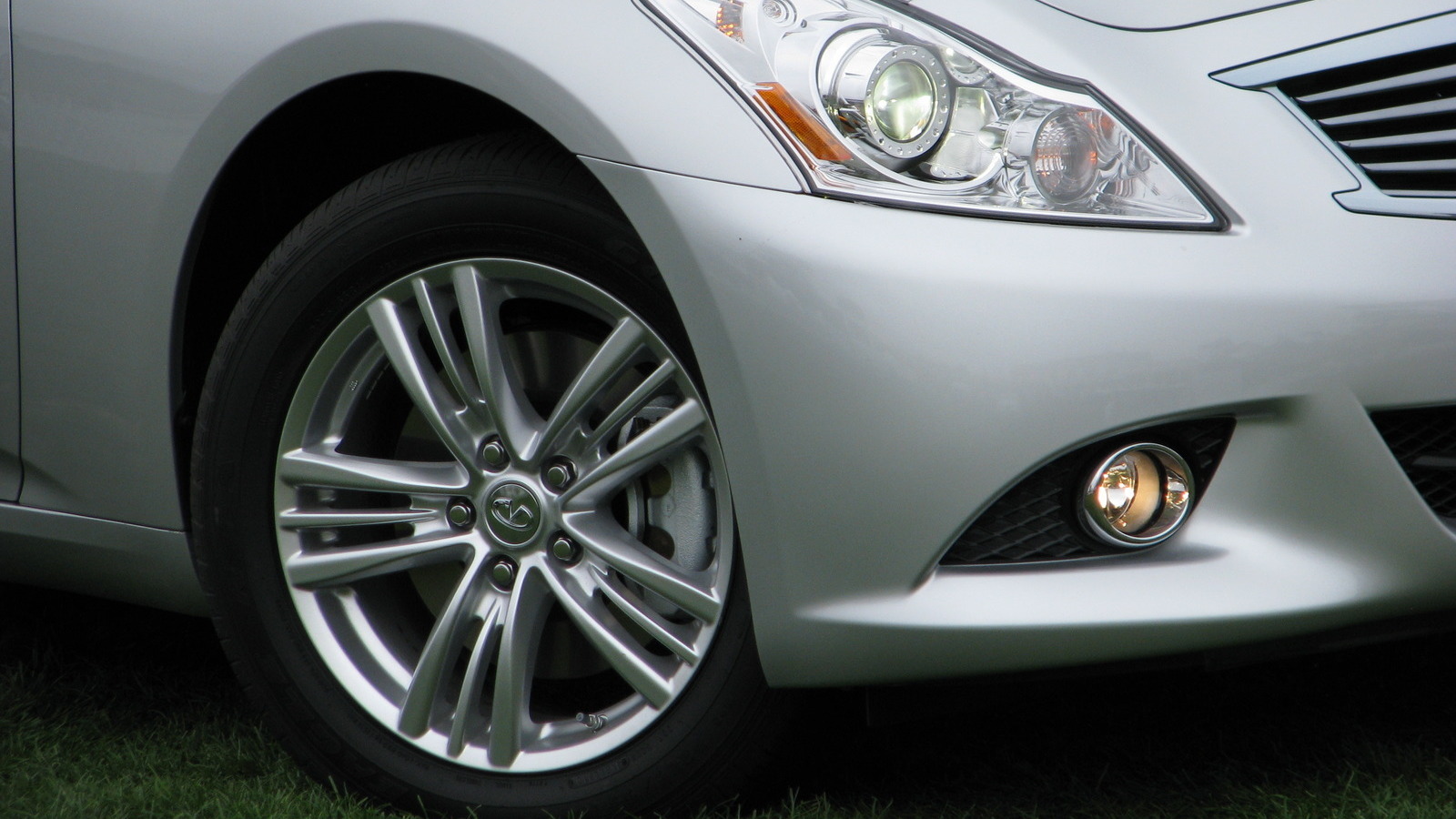 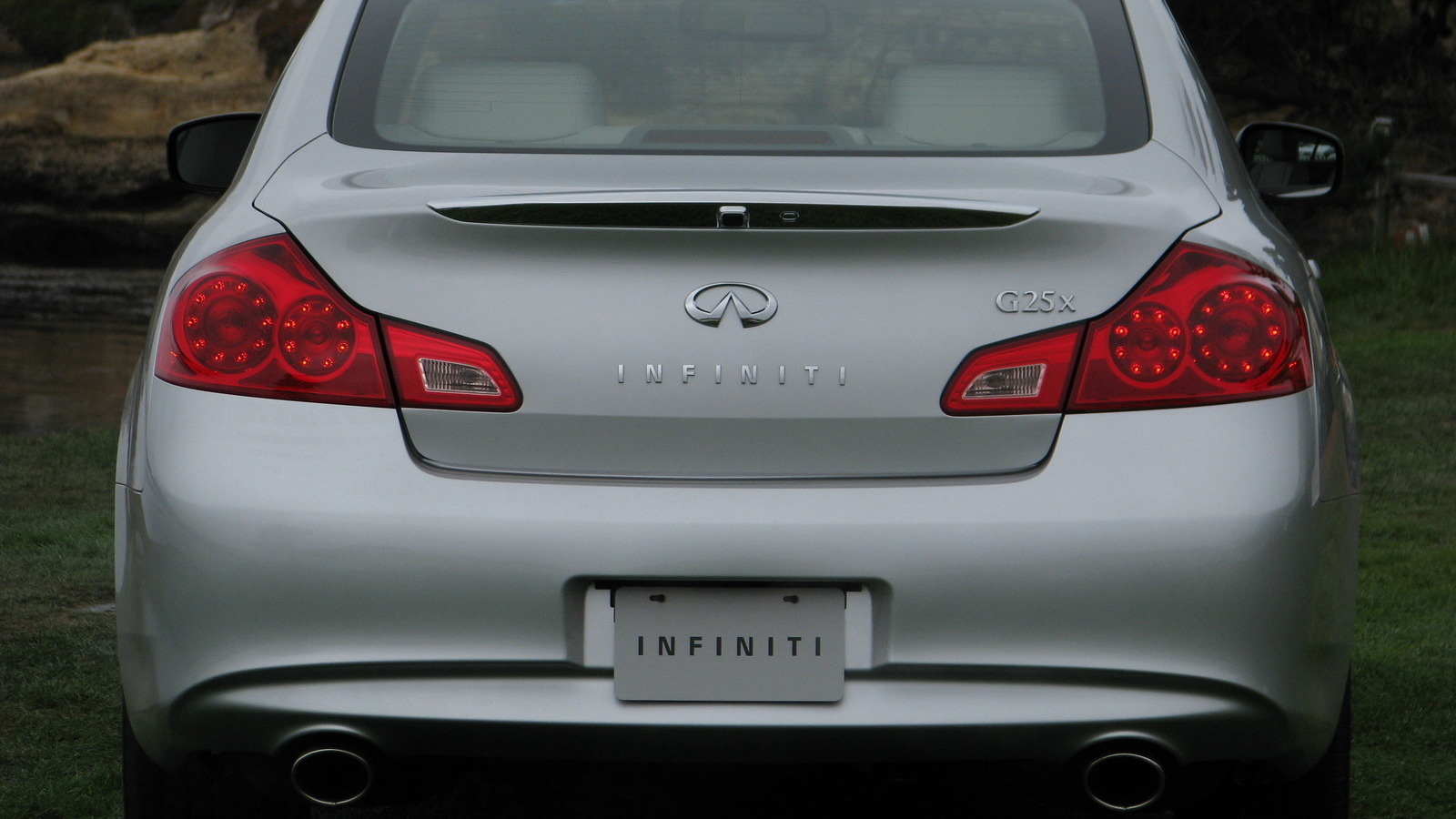 The G25 should still provide a bit of fun, though, with 218 horsepower and 187 pound-feet of torque. We'll have to wait until we can get behind the wheel to find out. And at any rate, you still get the very fun-to-drive G sedan chassis. The real benefit is fuel economy, of course, but Infiniti hasn't released the EPA estimates for the new smaller engine, so until you see the window sticker, you won't know how much you're saving.

Between the smaller engine and seven-speed automatic transmission, the savings should be noticeable, however. The base G37 rates 19 mpg in town and 27 mpg on the highway, so figures closer to 22/30 mpg for the G25 are reasonable to expect. With pricing starting $2,300 below the G37 as well, the G25 is the most affordable way to get into an Infiniti.

The question we put to you: is it worth saving the initial cash and some fuel to give up 110 horsepower and 82 pound-feet of torque? Let us know in the comments below.

The Infiniti G25 Sedan shares the same dynamic exterior, interior and chassis as the G37 Sedan, but with a smaller displacement engine and improved fuel economy.  The 2.5-liter DOHC 24-valve V6 produces 218 horsepower and 187 lb-ft of torque, versus the G37's 3.7-liter DOHC 24-valve VVEL V6's 328 horsepower and 269 lb-ft of torque.  The G25 Sedan is available in both rear-wheel drive and intelligent all-wheel drive.

"With the new Infiniti G25 Sedan, we're broadening the appeal of the G Line with a model designed to provide an additional choice for buyers looking for a true luxury sedan, but who might not need the higher levels of performance provided by our larger engine-equipped G37 models," said Infiniti Vice President Ben Poore. "The G25 is positioned in the heart of the luxury sport sedan market, allowing us to bring Infiniti's Inspired Performance to a wider selection of buyers."