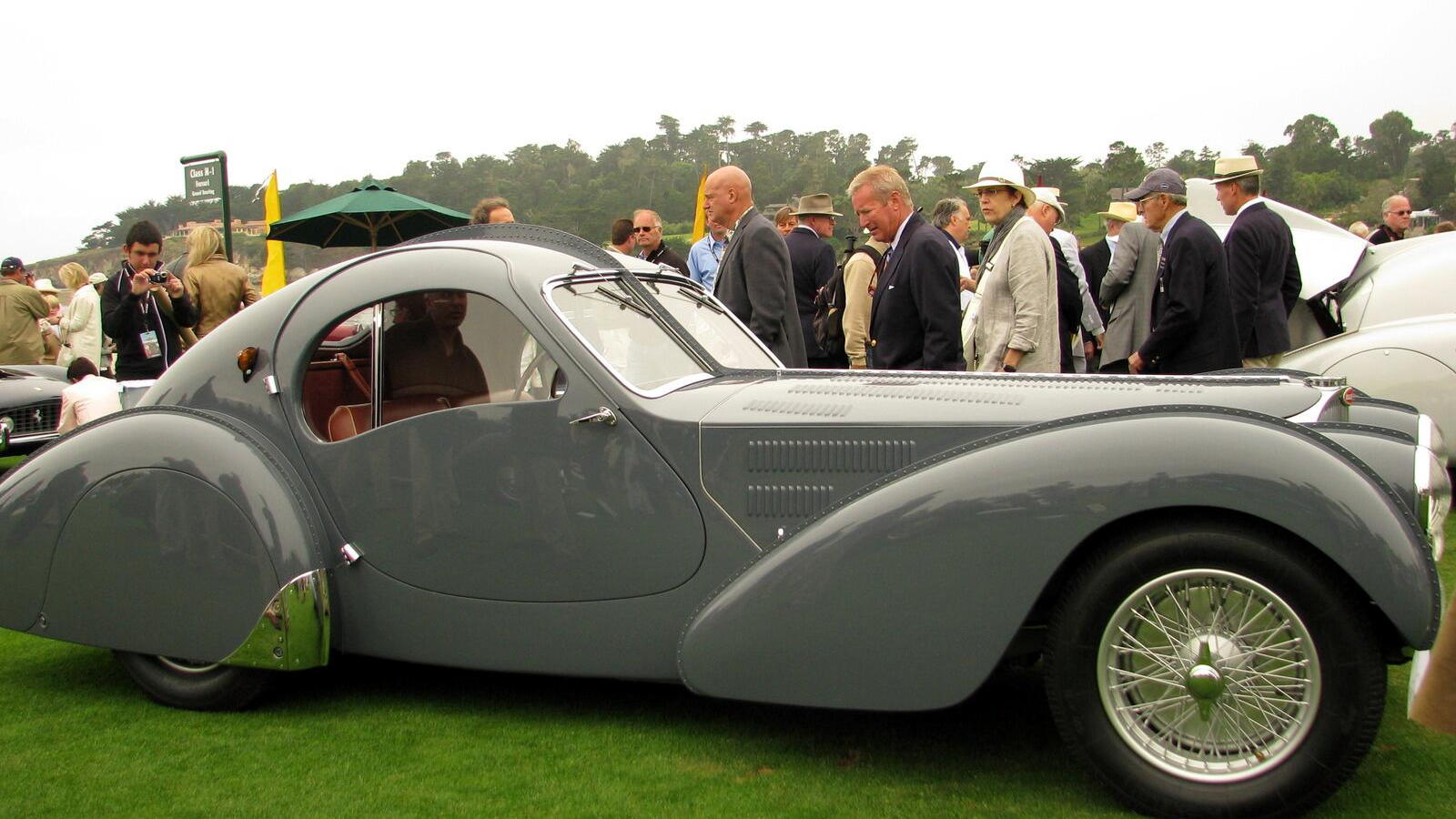 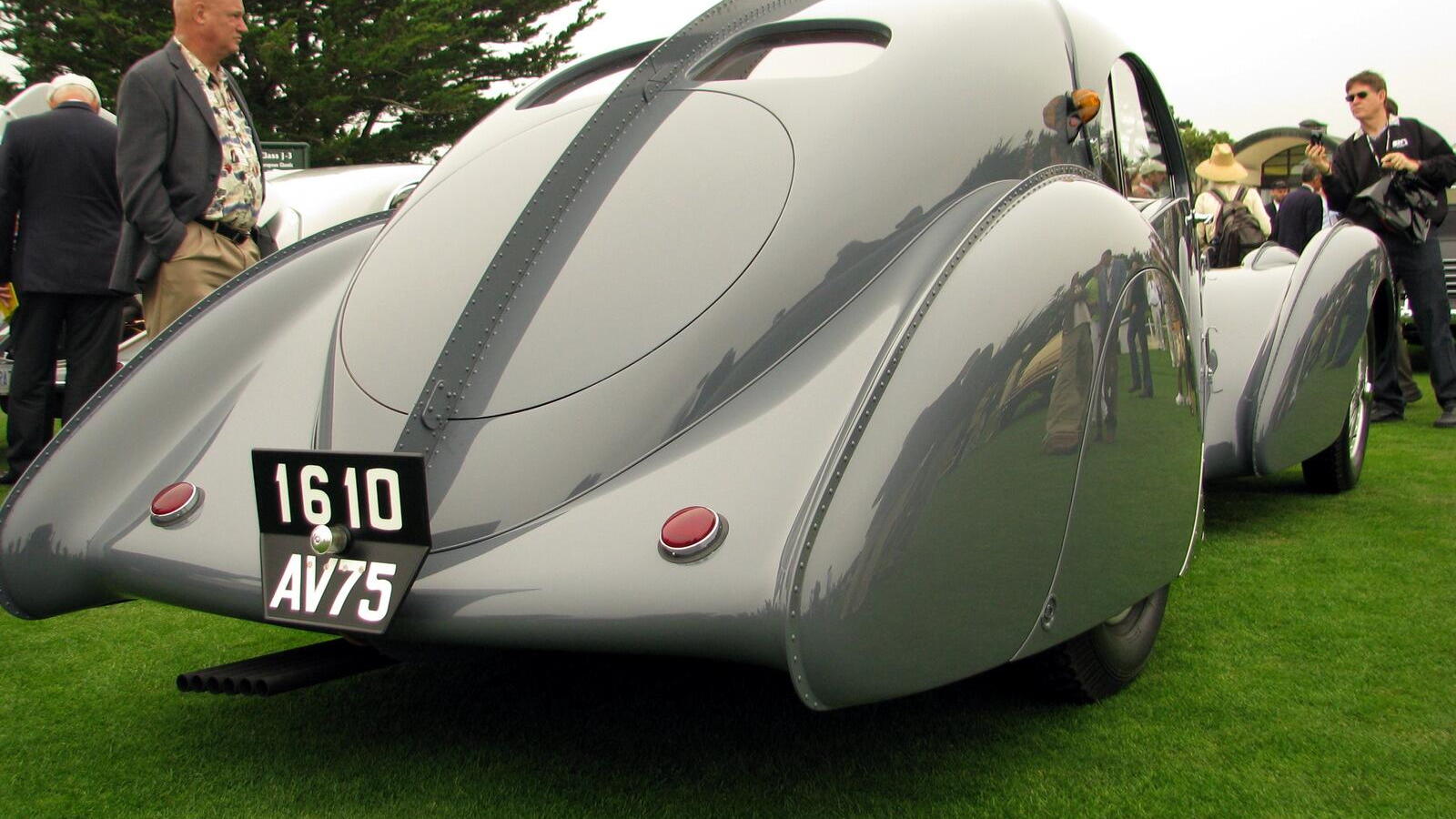 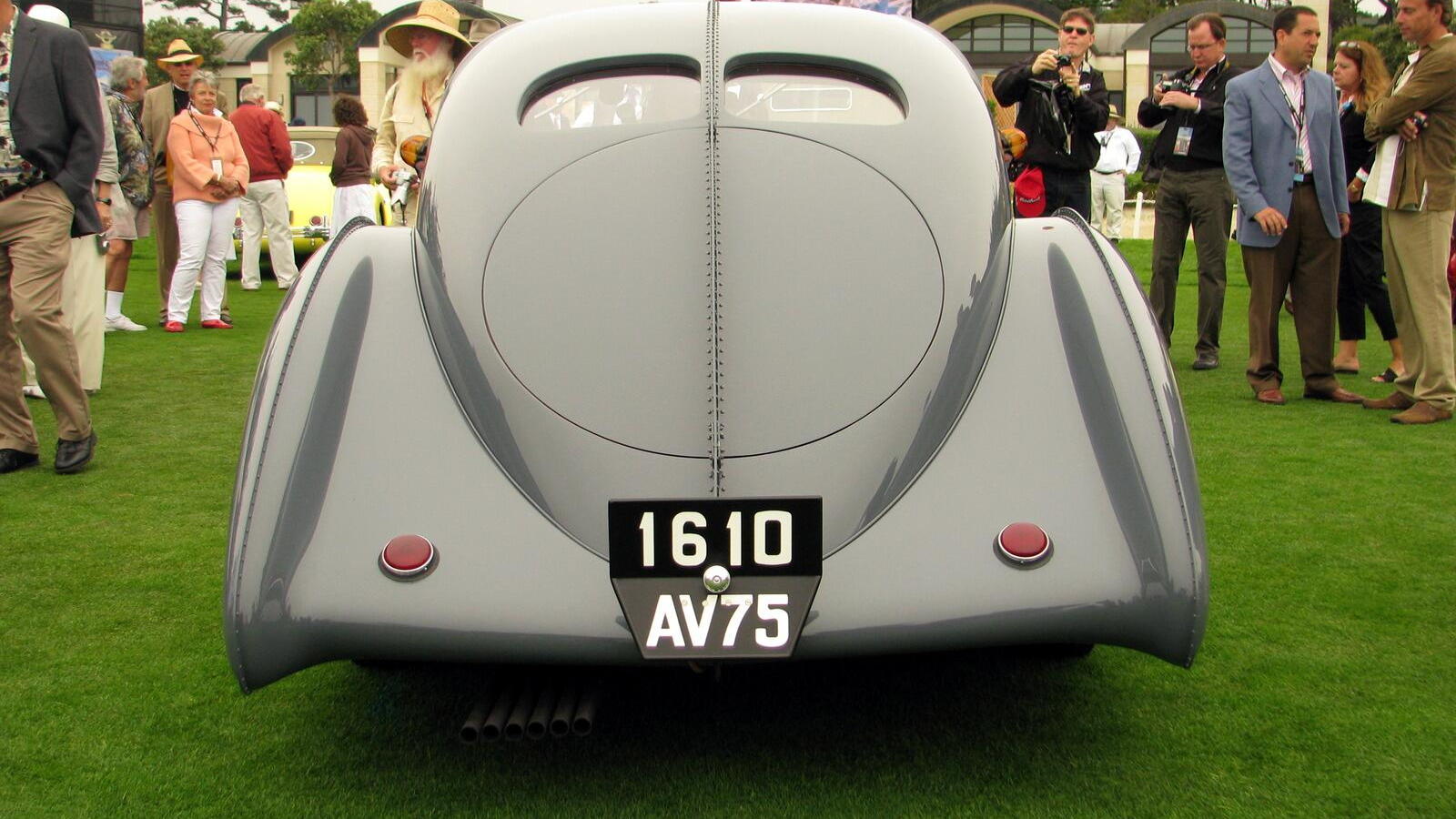 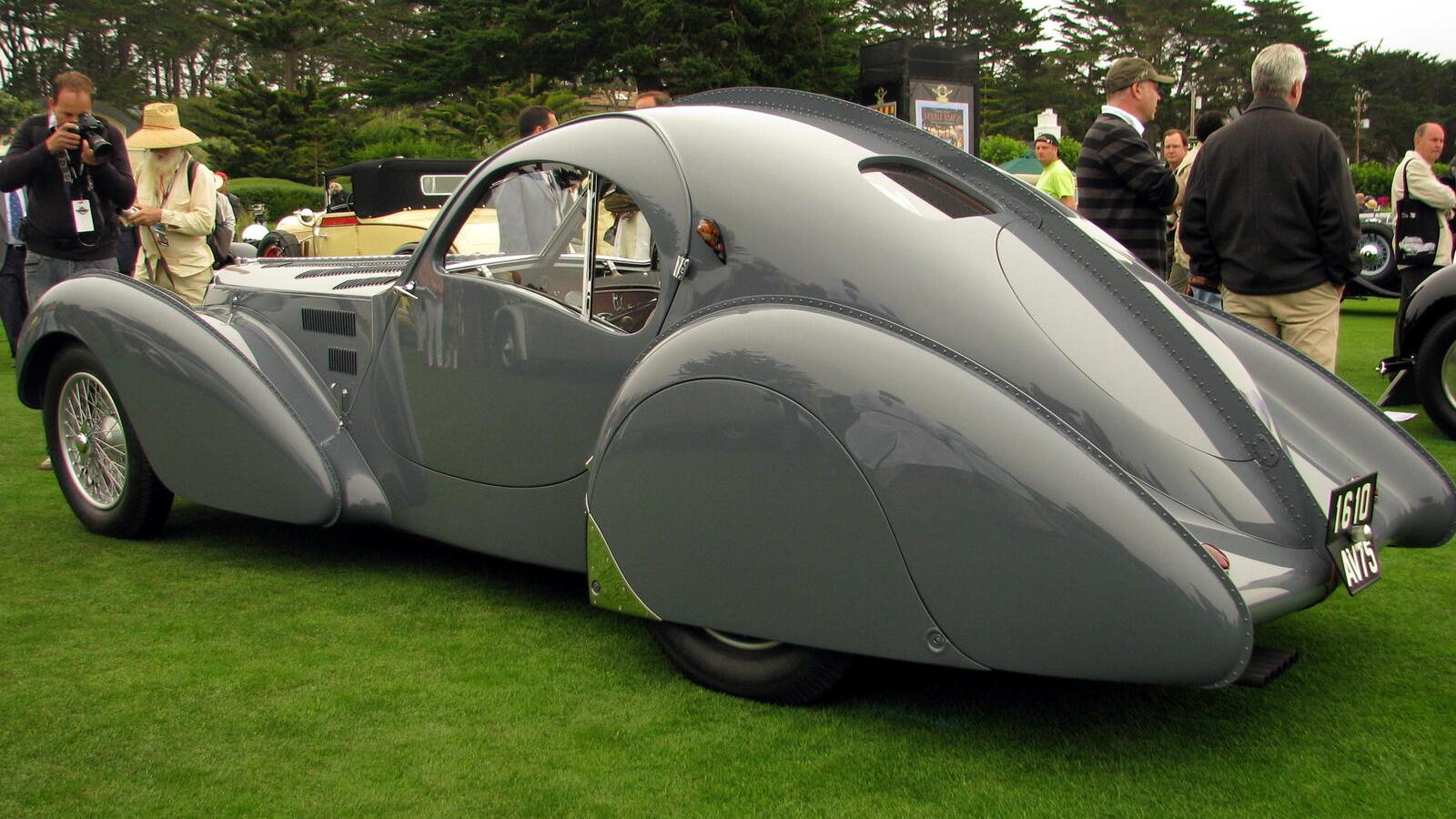 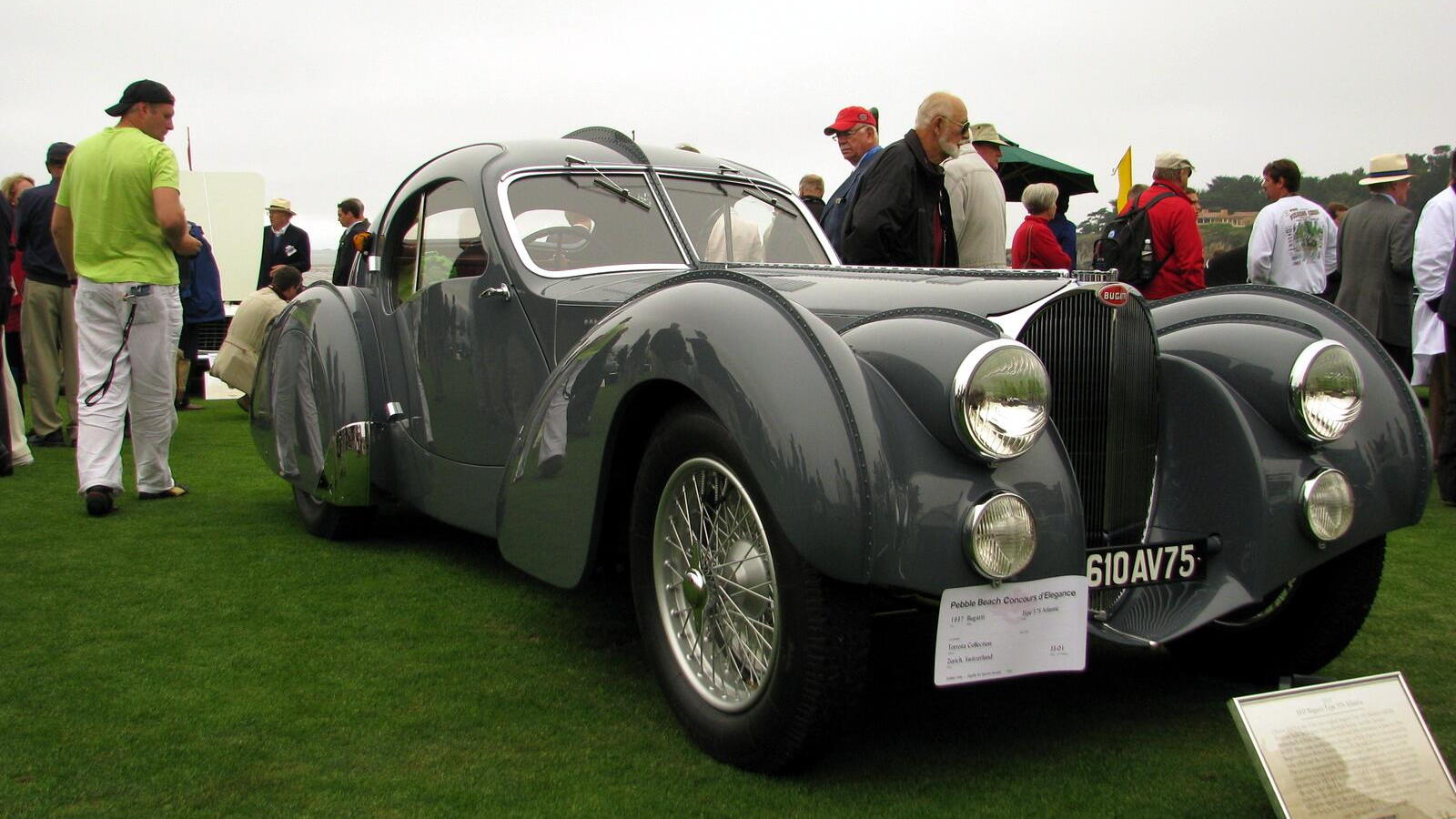 The Bugatti 57S Atlantic was, in many ways, ahead of its time. Even now, over 70 years later, it features elements just beginning to make their way into the average passenger car, such as aluminum body panels. This example, on display this weekend at the 2010 Pebble Beach Concours d'Elegance, offers, in a way, a glimpse into the past's idea of future cars.

The 57S, particularly the 1937 model year, is highly deisred by collectors--so highly, in fact, that a barn-find car in unrestored condition sold for over $4.4 million at auction last year in the U.K.