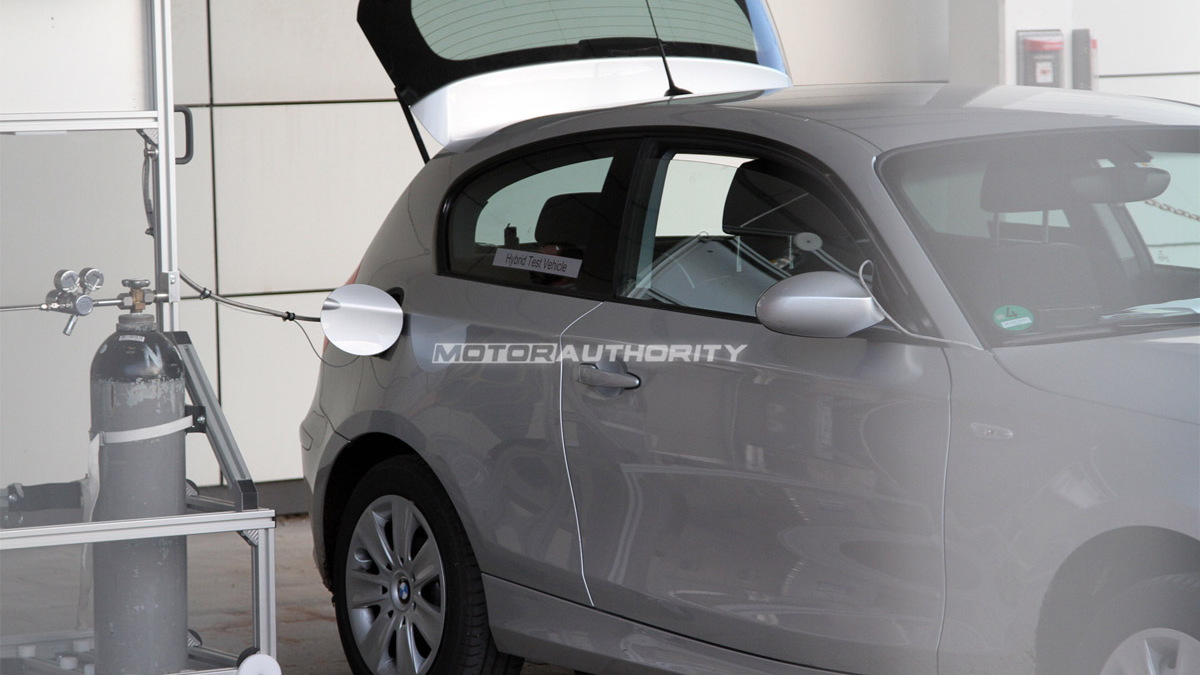 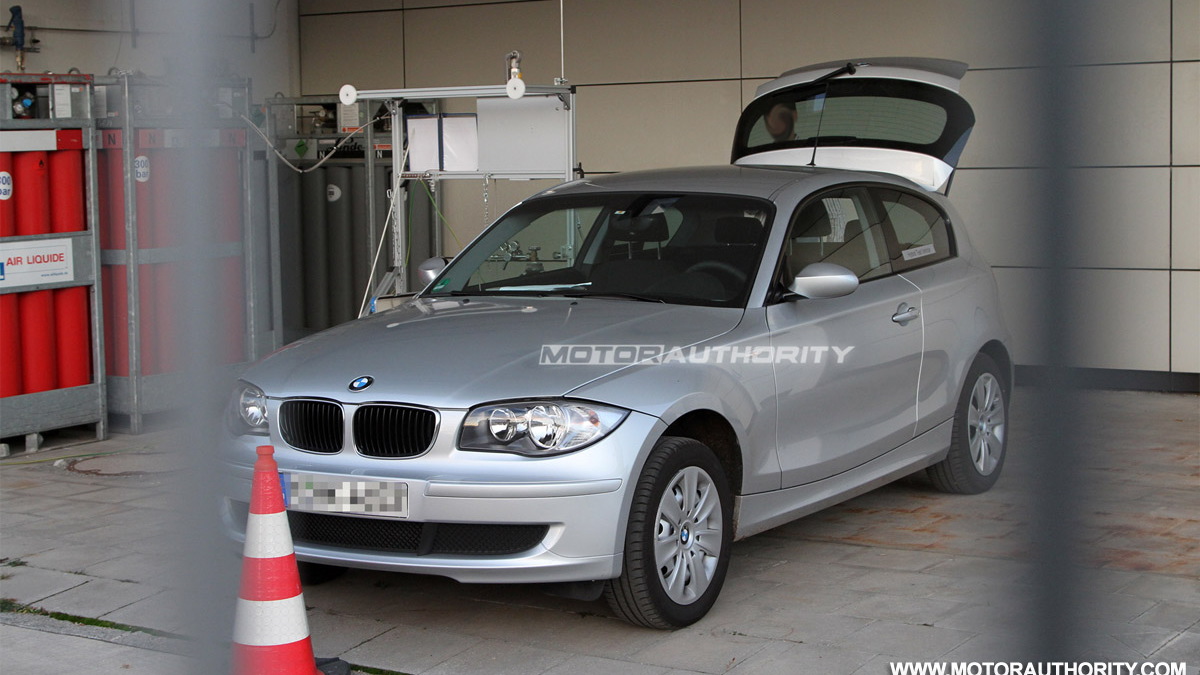 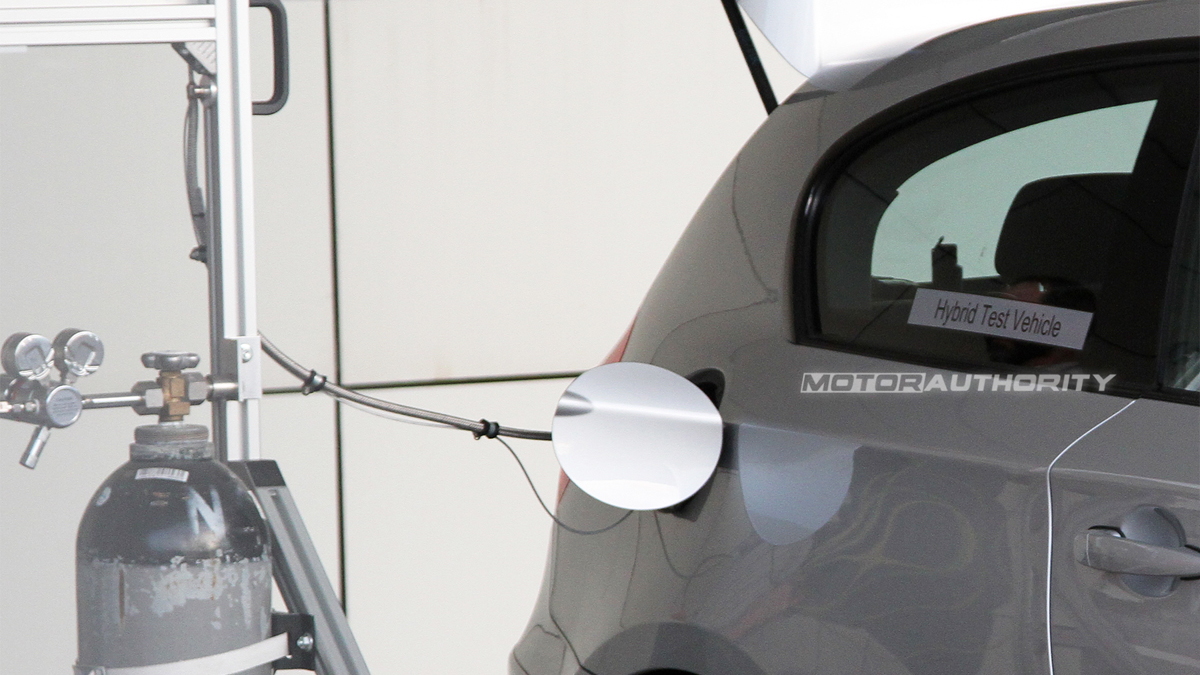 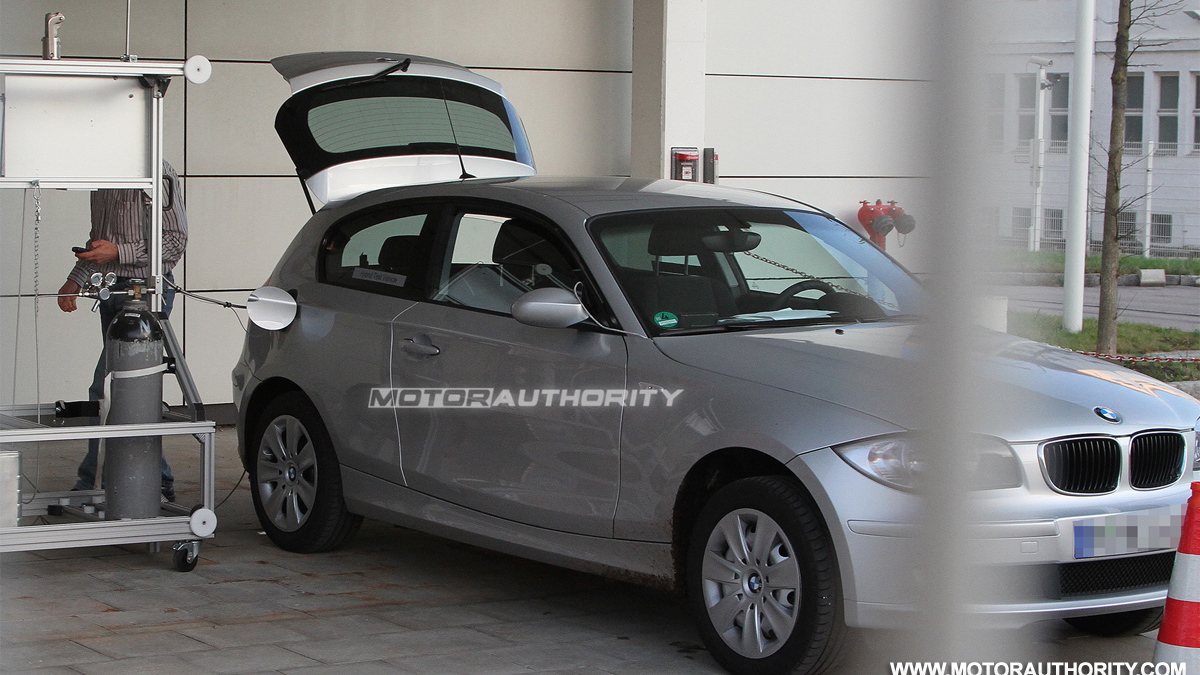 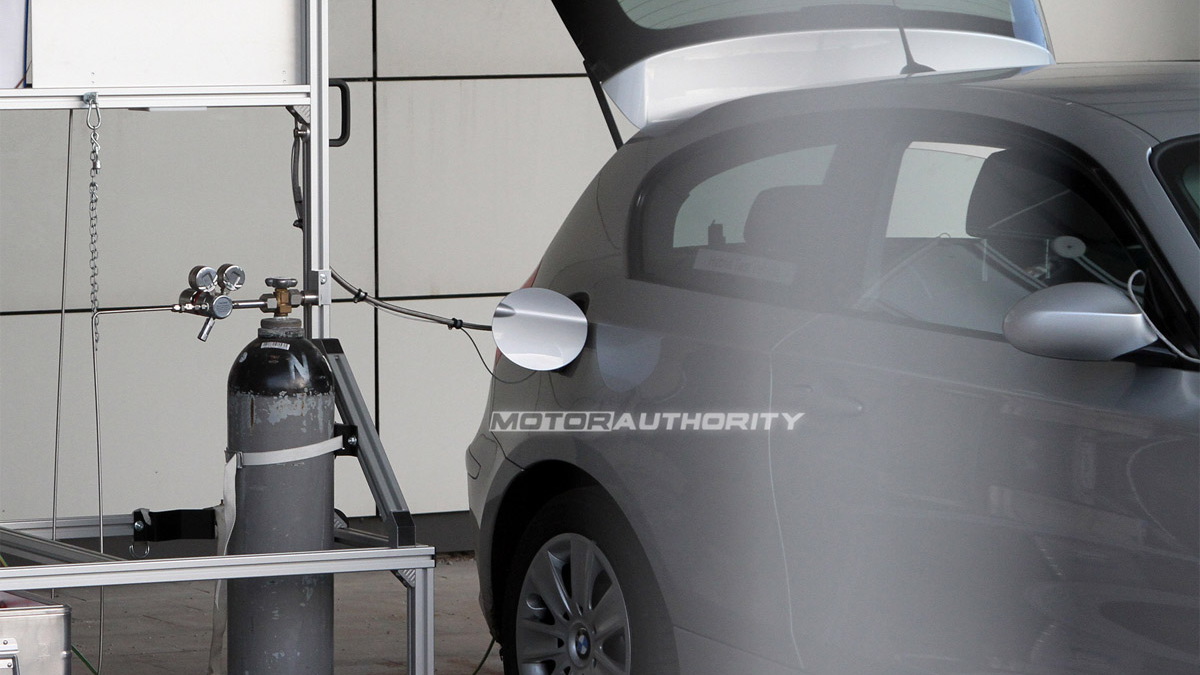 Our spy photographers have captured these images of what appears to be a 1-Series hybrid that runs on hydrogen instead of gasoline, and possibly stores its electricity in the form of hydrogen in a fuel cell conjoined supercapacitor banks for regenerative storage and bursts of output. Marrying the highest of BMW's EfficientDynamics technology, the mule may preview a coming MINI, but for now the prototype is experimental at best--even before the problems with hydrogen fueling are considered.

BMW has been experimenting with hydrogen as a combustible fuel for years now, showing off the Hydrogen 7 concept everywhere it can, and even lending the cars to a few celebrities now and then. But combining the technology with a fuel cell/supercapacitor pushes the design to even higher heights, potentially creating a zero-tailpipe-emissions hybrid with the range and ease-of-use of a standard gasoline/battery hybrid.

Performance potential could be even higher than a standard hybrid, as supercapacitors storage arrays can dump huge amounts of electricity over very short periods of time, enabling high-performance electric motors in a way that batteries simply can't. But before we get the cart in front of the horse, there are some reality checks to consider.

First, hydrogen as a fuel--whether for a fuel cell that generates electricity or for a combustion engine--is highly impractical at present due to distribution issues. Unlike gasoline or electrons, there is no ready-made system to carry the gaseous energy source to users. An infrastructure would have to be built, and the lack of widespread availability would seriously curtail any potential driving range of a hydrogen-fueled vehicle.

From the photos, we can see what appears to be a hydrogen tank filling the car through what would normally be the gas tank filler neck. The filling rig itself is clearly a lab-only setup, with none of the ease-of-use or safety mechanisms that would be necessary for a retail station. The layout of the hydrogen system also hints toward the MINI platform because it appears the car may have electric drive in the rear with the combustion engine powering the front.

All practicality issues aside, however, the car could prove a very attractive concept, with no emissions at the tailpipe, much like a fully electric vehicle, but with the range potential of a standard hybrid. On the flip side, the environmental impact may not be as clean as it seems on the surface, as hydrogen production can be a carbon-intensive process. For a more in-depth look at the potential green value of a hydrogen hybrid MINI, check out John Voelcker's article over at GreenCarReports.