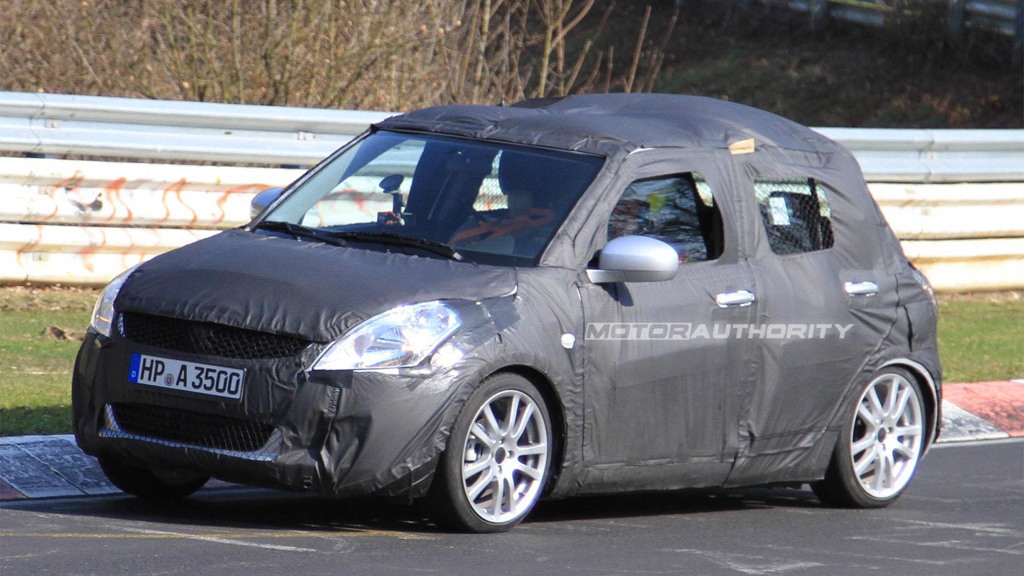 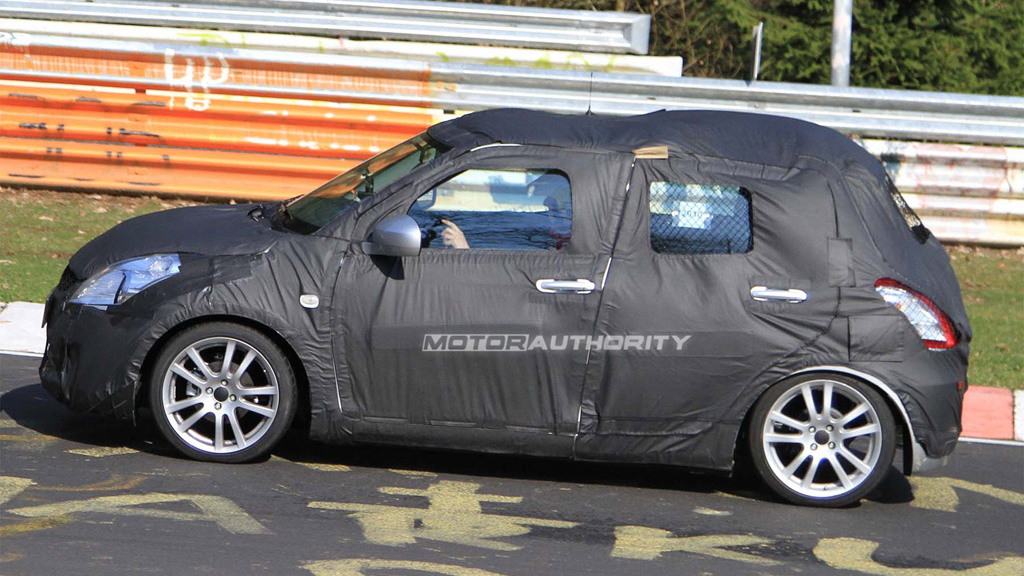 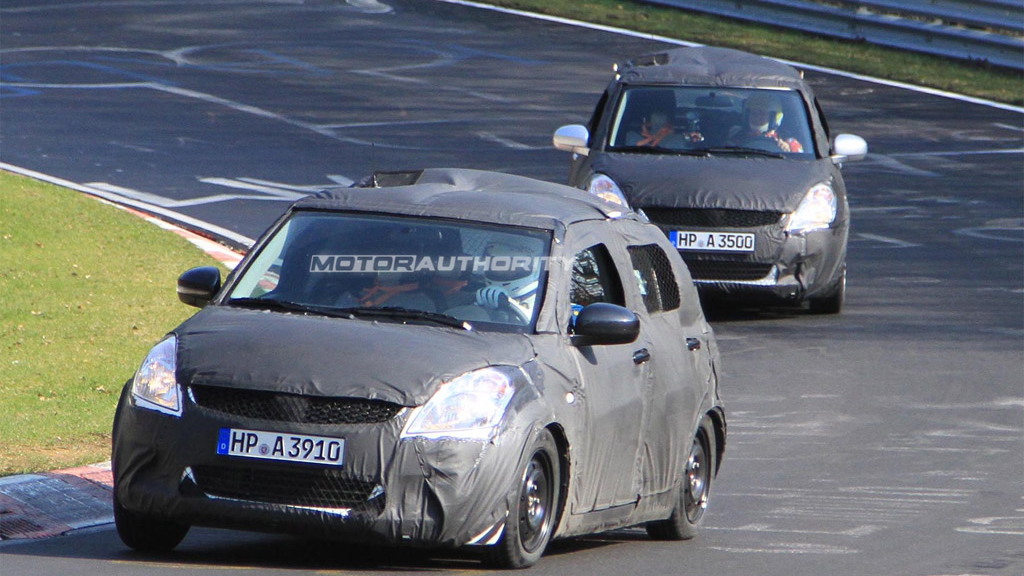 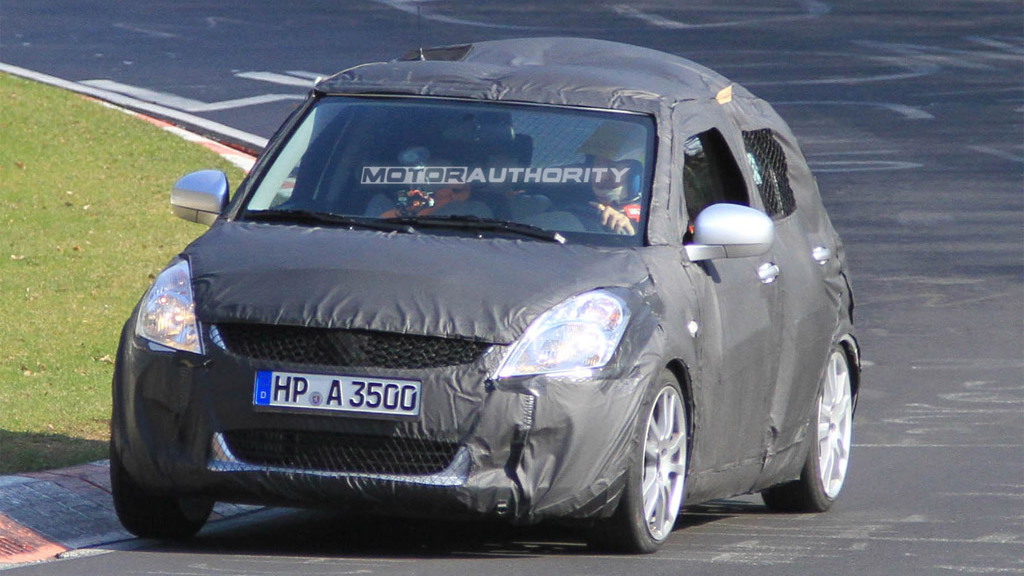 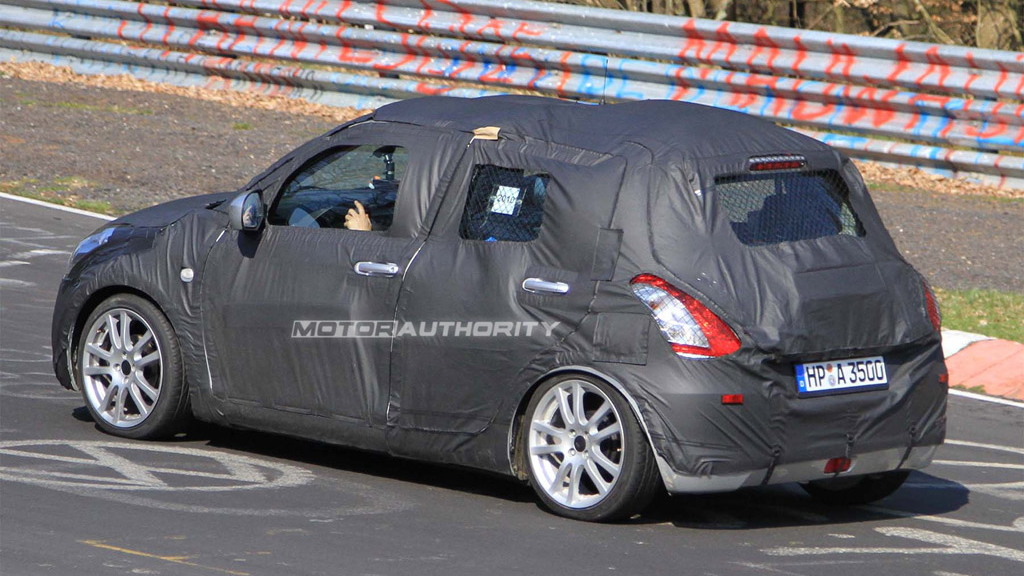 The small-car band wagon is piling high with automakers, including those from Detroit, with vehicles like the 2011 Ford Fiesta, 2011 Mazda2, and 2011 Chevrolet Aveo all headed our way. Suzuki has recently moved the other way, introducing what many consider to be its first 'real' sedan, the 2010 Kizashi, but the brand has long been known for its small-car capability, and we have the latest spy shots of its upcoming 2011 Suzuki Swift caught while testing at the Nurburgring.

The shots reveal a similar shape to the current model, but sporting cues similar to the new and impressive Kizashi sedan, especially at the front and rear lights, and the layout of the front fascia, including the grille.The Swift is famous around the world for offering  an economical, stylish, and fun-to-drive package at a low price.

Last sold in the U.S. in 2001, the vehicle is primed for a return as CAFE standards and market pressures prepare the American public for a new breed of small cars.Like many other Suzuki models, the Swift is expected to be available with optional all-wheel drive, and a range of 1.2- to 1.6-liter powerplants, though U.S. versions will likely say at the upper end of that range. Europeans may luck out and get a small diesel variant as well, to do battle with the likes of the Fiat 500 and several French and German small diesels. A hybrid variant of the Swift has also been rumored, though attendant costs and complexity may rule it out.

The Swift is expected to make its U.S. return towards the end of this year as a 2011 model, so stay tuned for further clues as we approach its official debut.