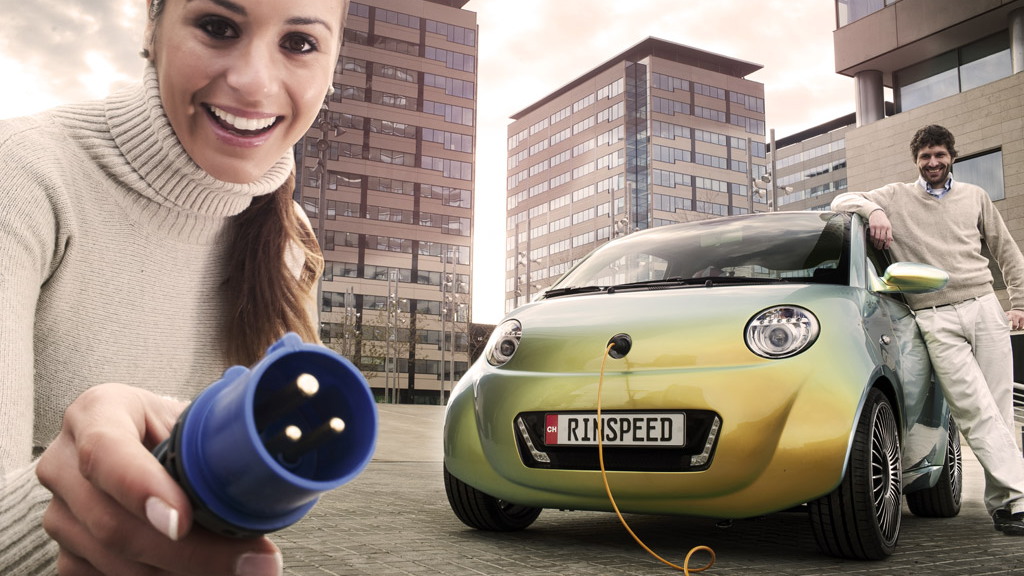 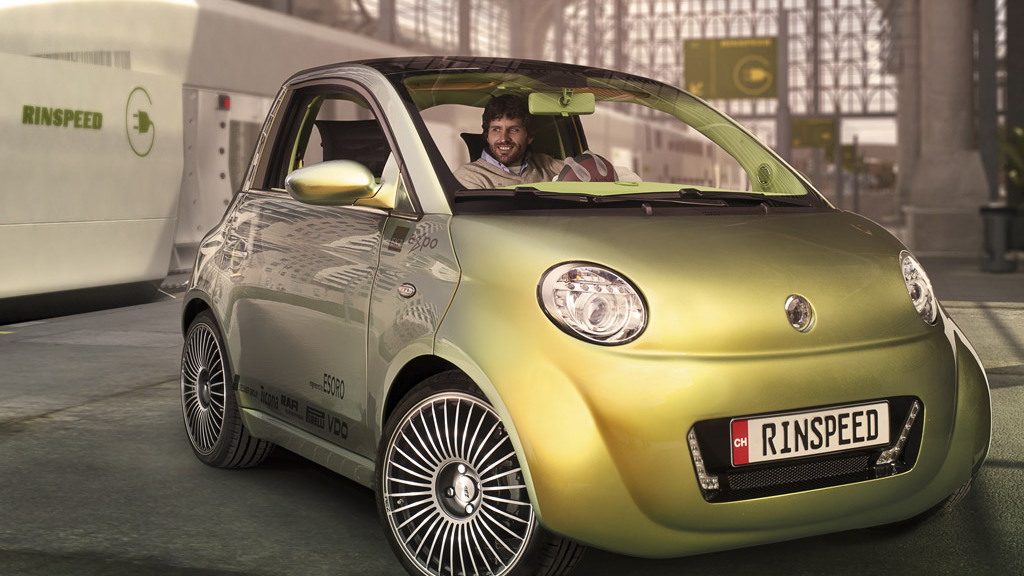 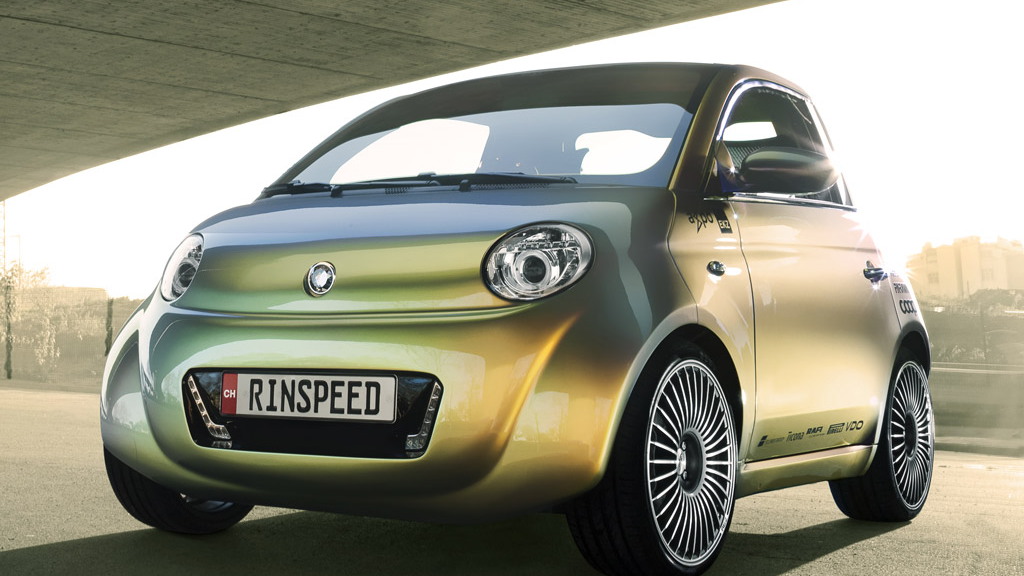 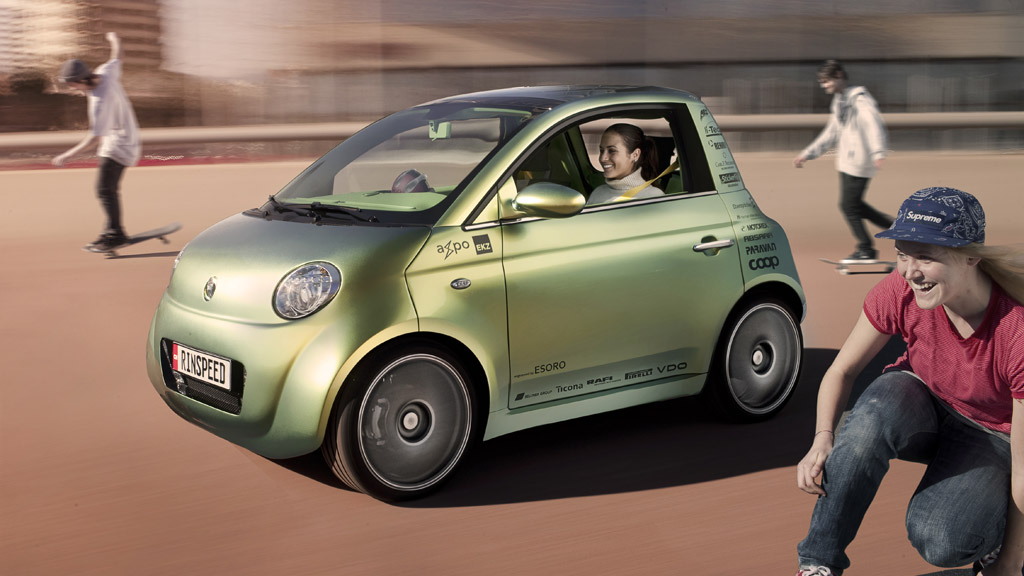 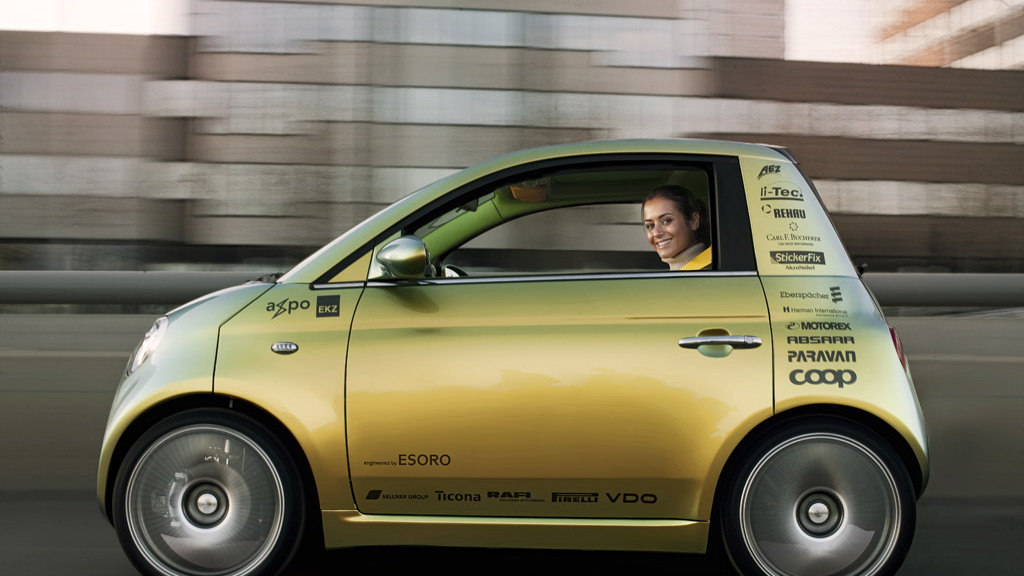 With Aston Martin city cars, Ferrari hybrids, Porsche hybrids and Audi diesels dancing through its halls, it's no wonder the 2010 Geneva Motor Show attracts its share of off-message green machines.

Perhaps no nameplate in the world is as off-message, in toto, as Rinspeed. In past years, the wacky Swiss tuners have brought us amphibious cars, nearly invisible cars, flying cars, and unclassifiable things we think are cars. It's all clever PR for their tuning werkes--and a nice sideshow to the usual Geneva clatter.

This year's concept seems a little too dead-on for Rinspeed, though. The UC? (you see?) is at first blush, a pretty conventional city car. The hatchback is actually part of a mobility plan, Rinspeed insists, one designed for future production. Driven by joystick, the concept has battery packs that enable it to deliver more than 70 miles of driving range, and a top speed of about 65 mph.

In the imaginary air surrounding the conventional-looking UC?, Rinspeed imagines a network of trains and drive-in train cars, into which the UC? will conveniently dock for long-distance travels. On magic design-studio paper, Rinspeed has drawn up the sketchiest of plans for a network of portable charging stations, which can be reserved over the Web.

As in past years, the UC? concept was built by Swiss engineering company Esoro. The lightweight vehicle produces 96 pound-feet of torque from its electric motor, reaches a top speed of 75 mph and has an operating range of 65 miles. That is more than enough for most traffic in urban areas. Statistics show that in Europe 82 percent of all trips cover distances of less than 37 miles (in the U.S. this figure is closer to 75 percent of all trips).

The UC? also does away with a conventional steering wheel, replacing it with a force-feedback joystick supplied by German electronics specialist Rafi. The unique system is said to offer a better steering feel and more accurate feedback from the road.

Rinspeed's chief imagineer, Frank M. Rinderknecht, goes so far as to suggest the UC? is the linchpin in a "web-based car world that interweaves individual and public transport in an intelligent way"--and namechecks the "lovebug" to suggest his car could transform the world in the same way as the original Beetle.

According to Rinspeed, the concept is production ready and is designed to be easily adapted and integrated by volume manufacturers. The design group even boasts that intensive talks with manufacturers are already well underway.