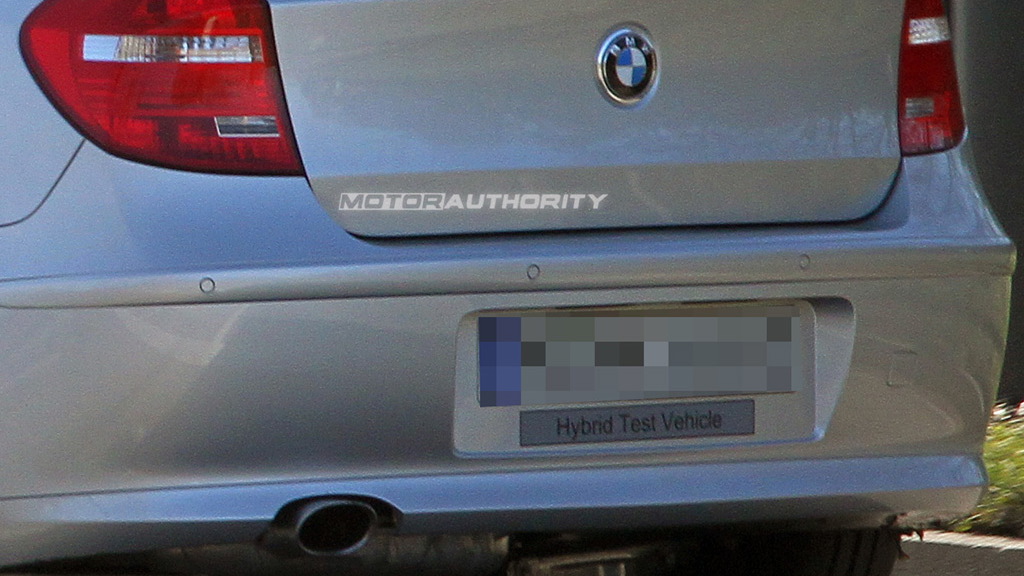 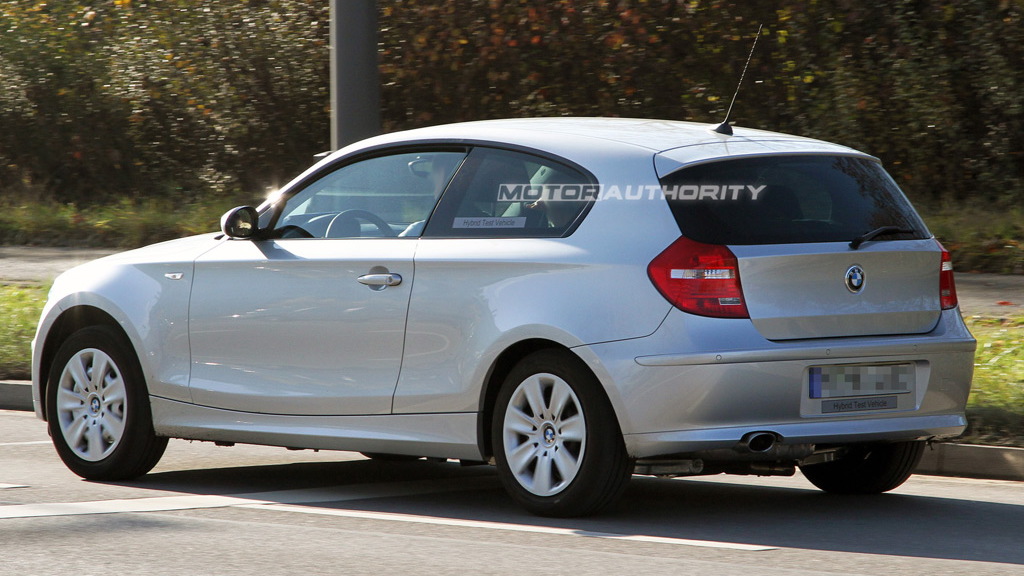 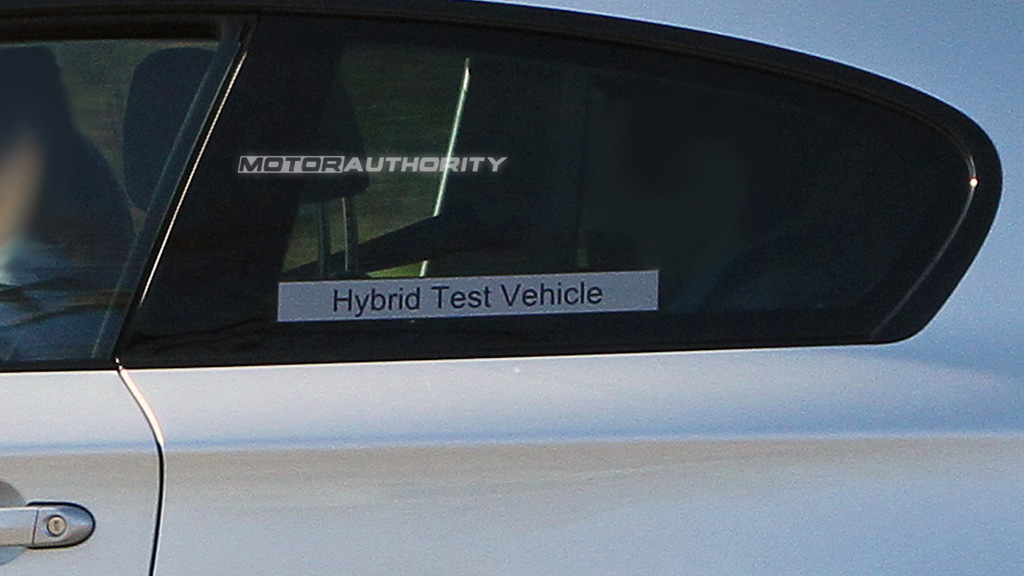 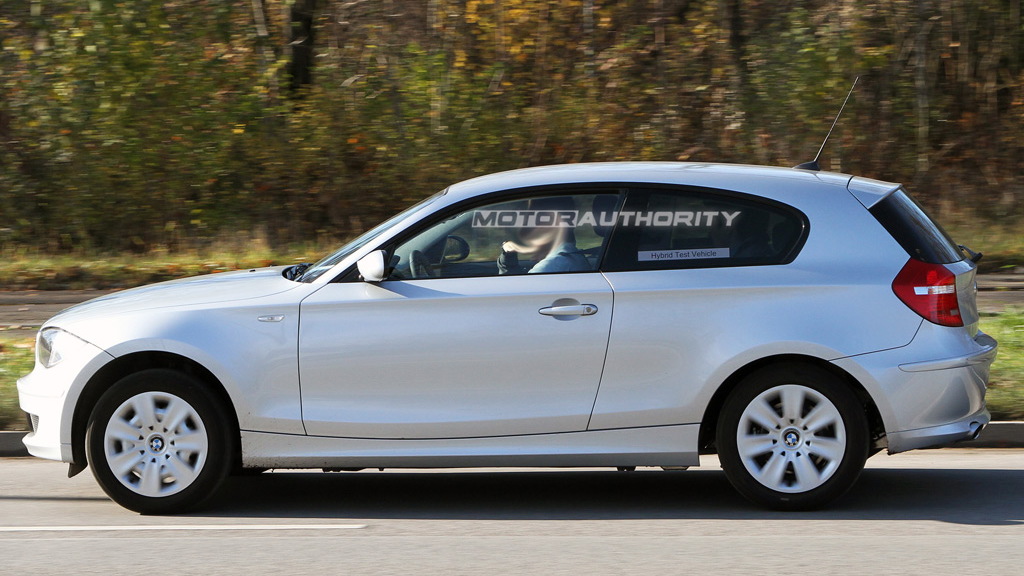 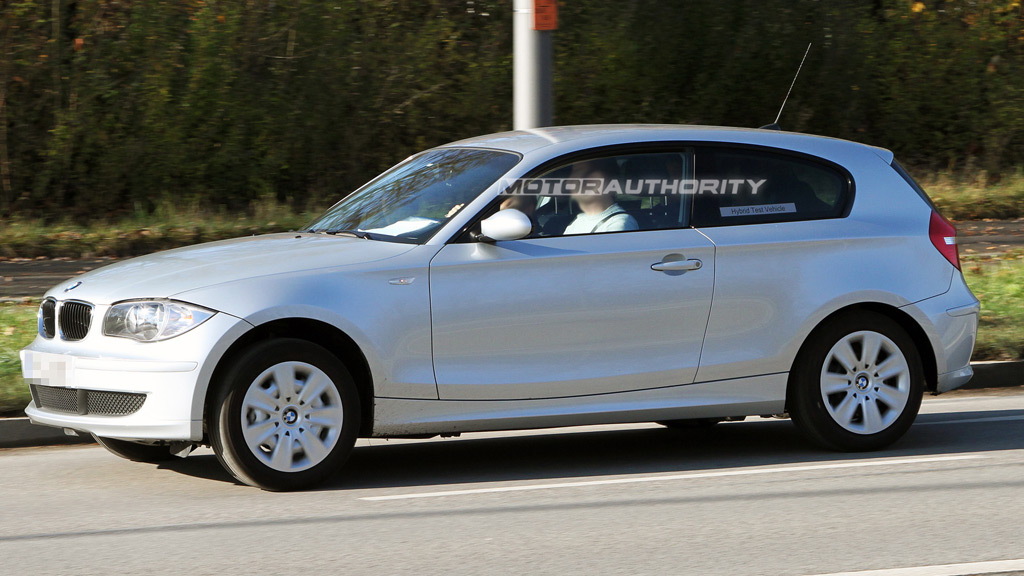 Unlike the mainstream market where hybrid technology is used to maximize fuel efficiency, luxury automakers have employed hybrid systems as a way to maintain or improve performance while making concessions to efficiency.

The upcoming 2010 ActiveHybrid X6 and 2011 ActiveHybrid 7 from BMW are prime examples of this philosophy, combining already powerful V-8 engines with electric motors for added performance and superior fuel economy to comparable non-hybrid models.

However, with Lexus previewing a new compact model with a hybrid system in the form of the LF-Ch concept car, even BMW is working on an ultra-efficient version of its 1-Series.

These latest spy shots show a 1-series test-mule wearing “Hybrid Test Vehicle” stickers on its sides and rear. While BMW engineers are using the current 1-Series to test its new hybrid system, we’re not likely to see it until the launch of the next-generation of the car due in 2011.

Earlier this month, the project leader of the 2010 BMW ActiveHybrid X6, Peter Tuennermann, revealed volume models like the 3-, 5- and 7-series were more suited to mild hybrid systems like the one in the ActiveHybrid 7 where the electric motor only aids the internal combustion engine and cannot actually power the vehicle by itself. This is likely to be the system seen testing here.

Tuennermann wasn’t willing to reveal what model would be BMW’s next hybrid but he did mention that it would be launched within the next 12 months.