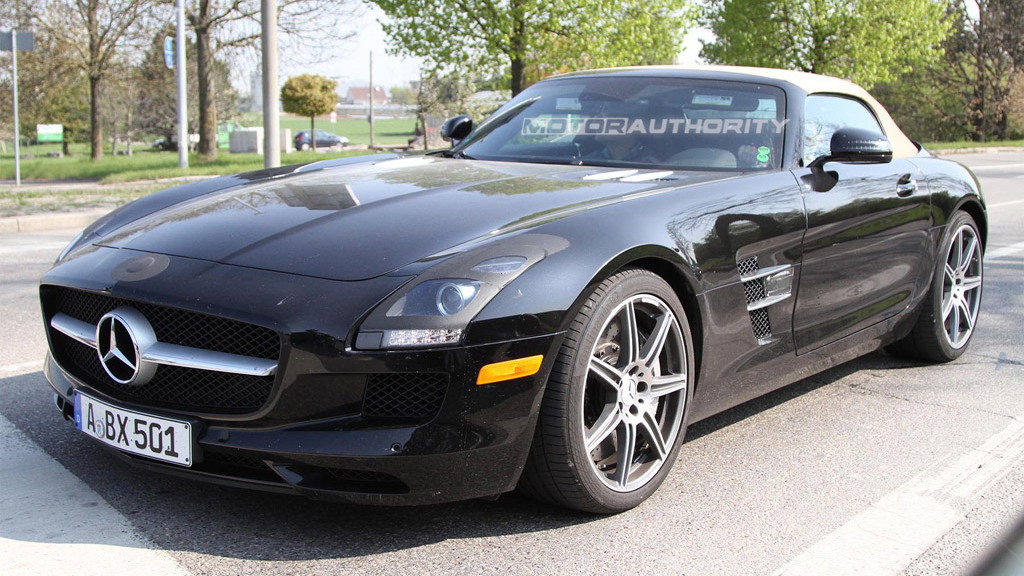 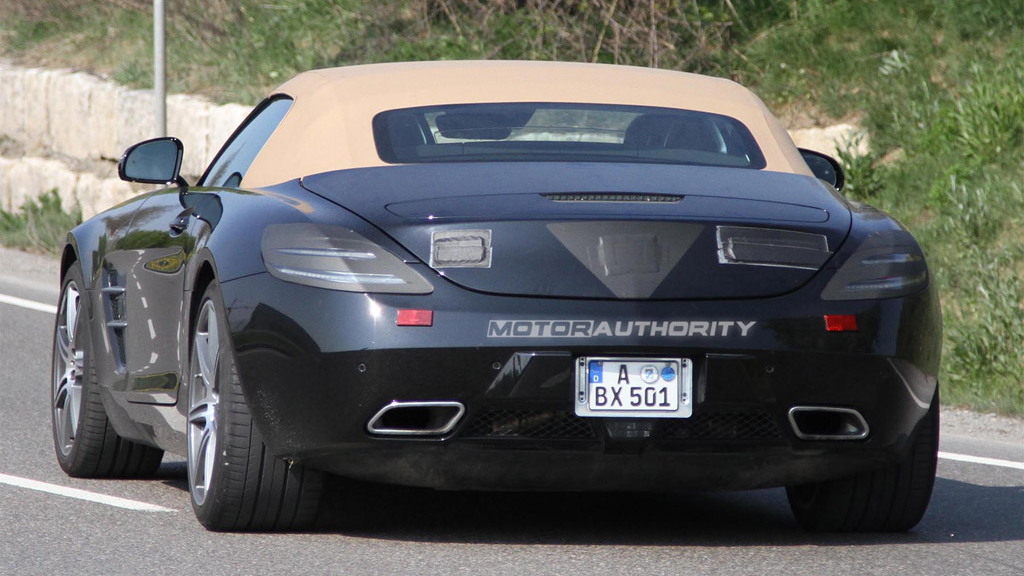 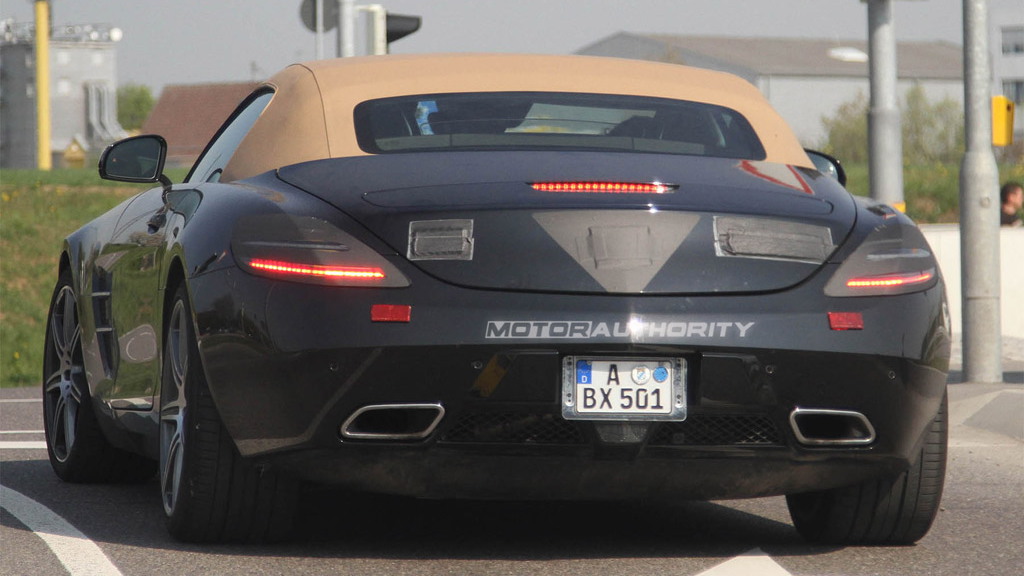 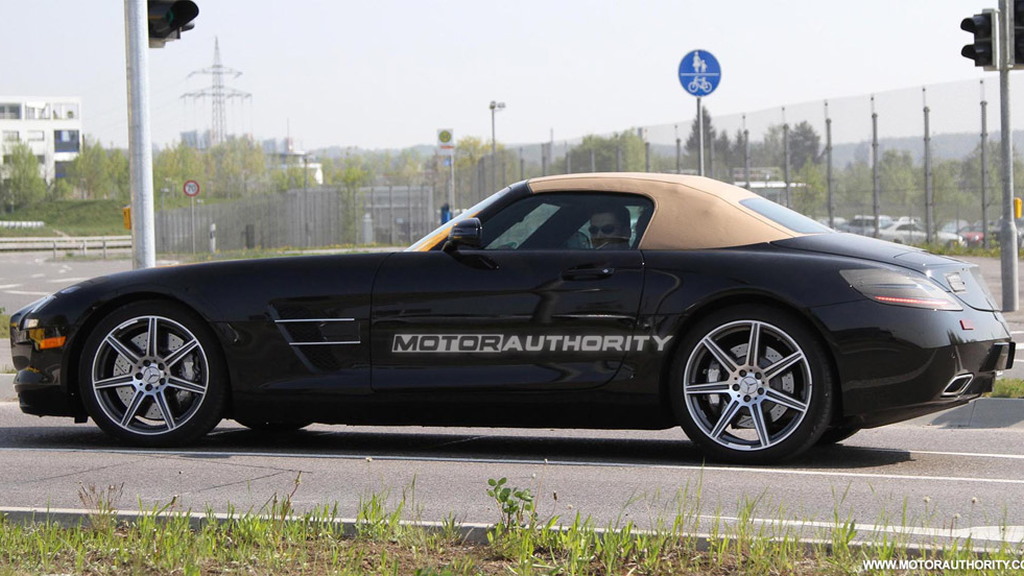 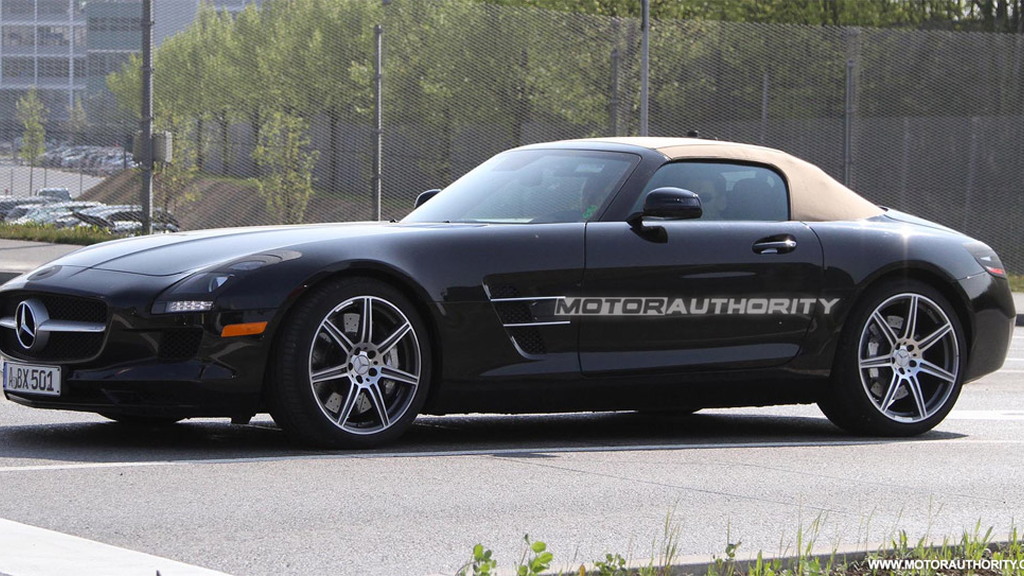 There’s no official word yet from the automaker but it’s expected that a SLS AMG Roadster should surface in the second half of the year as a 2012 model, although a debut at September's 2011 Frankfurt Auto Show is expected. This would put it on a timeline to debut around a year after its tin-top brother first when on sale--a period that matches the amount of time it took for the SLS AMG’s predecessor, the Mercedes-McLaren SLR, to get its own roadster variant.

As these latest spy shots clearly reveal, a soft-top roof like the one seen on the previous SLR Roadster has been picked. This will allow the car to be as light as possible, keeping it nimble around corners and quick on the straights.

Interestingly, about two years after the release of the SLS AMG Roadster, Mercedes-Benz will also add an all-electric version of the car, which you can read about by clicking here. And hopefully there will also be an extreme AMG Black Series edition to really give the likes of Ferrari and Lamborghini a scare.