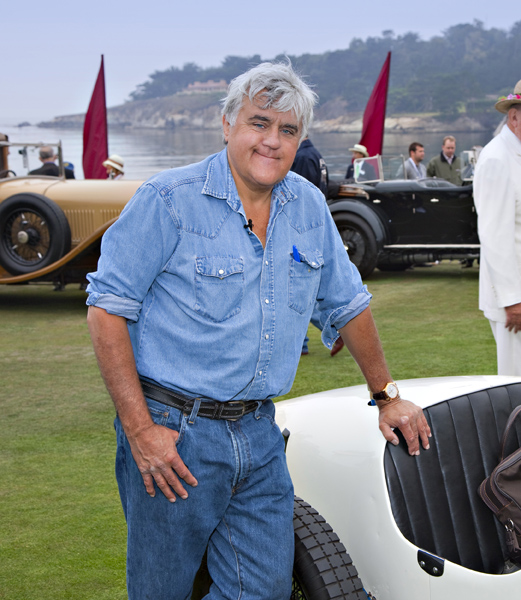 Our thoughts and prayers here at CelebsandCars go out to many people this weekend: the victims of the Santa Cruz fire, the guy in front of us at CVS who was next in line when they ran out of plastic bags, and Donatella Versace, just because.

They're also going out to the luggiest of big lugs, Jay Leno, who's once again a loser at the Pebble Beach Concours d'Elegance.

First Kevin Eubanks, and now this? Leno was on hand this past weekend in the Monterey area with his refurbished 1928 Bugatti Type 37A. Maybe it was the tousled hair, or the mom jeans, or lingering hatred over the Dancing Itos. No matter what, even the perfectly restored Bugatti and Leno's tireless championing of the classic-car habit couldn't pull down the win.

A 1937 Horch 853 took the top prize at the Concours instead of Leno's Bugatti.

Leno settled for auctioning off some of the cars and other memorabilia for charity, not including this life-sized replica of Wink Martindale. 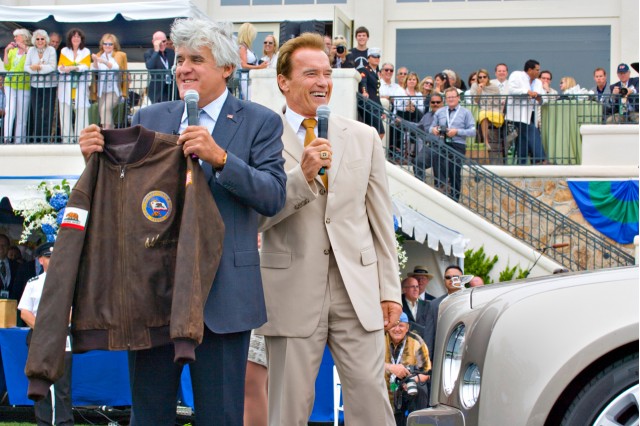