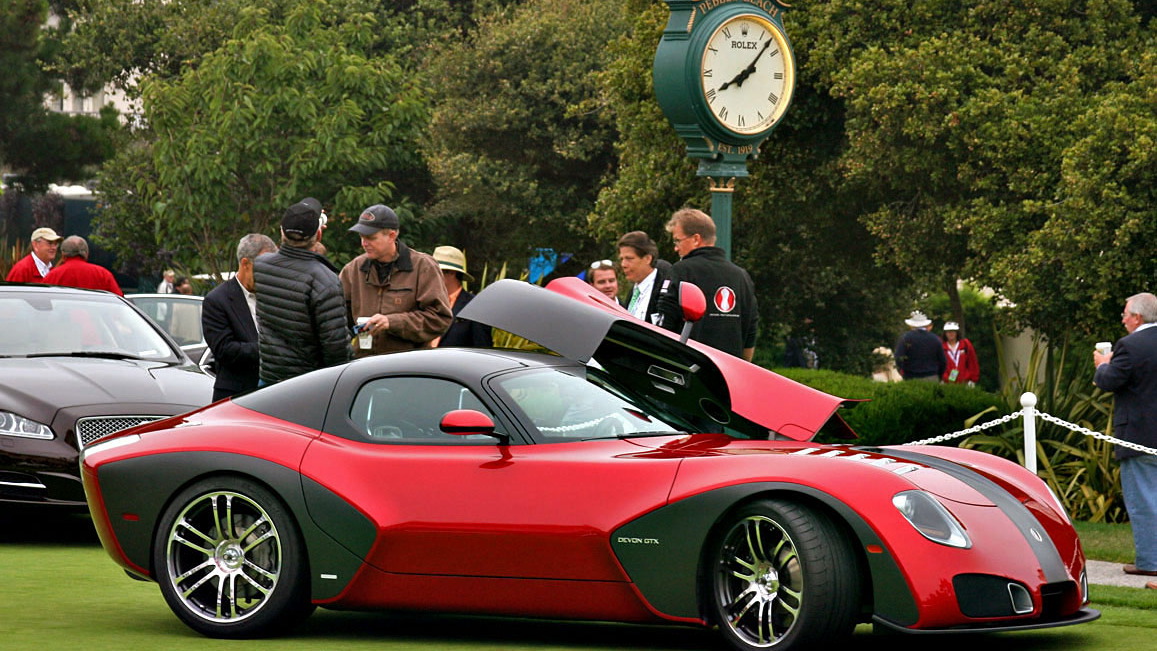 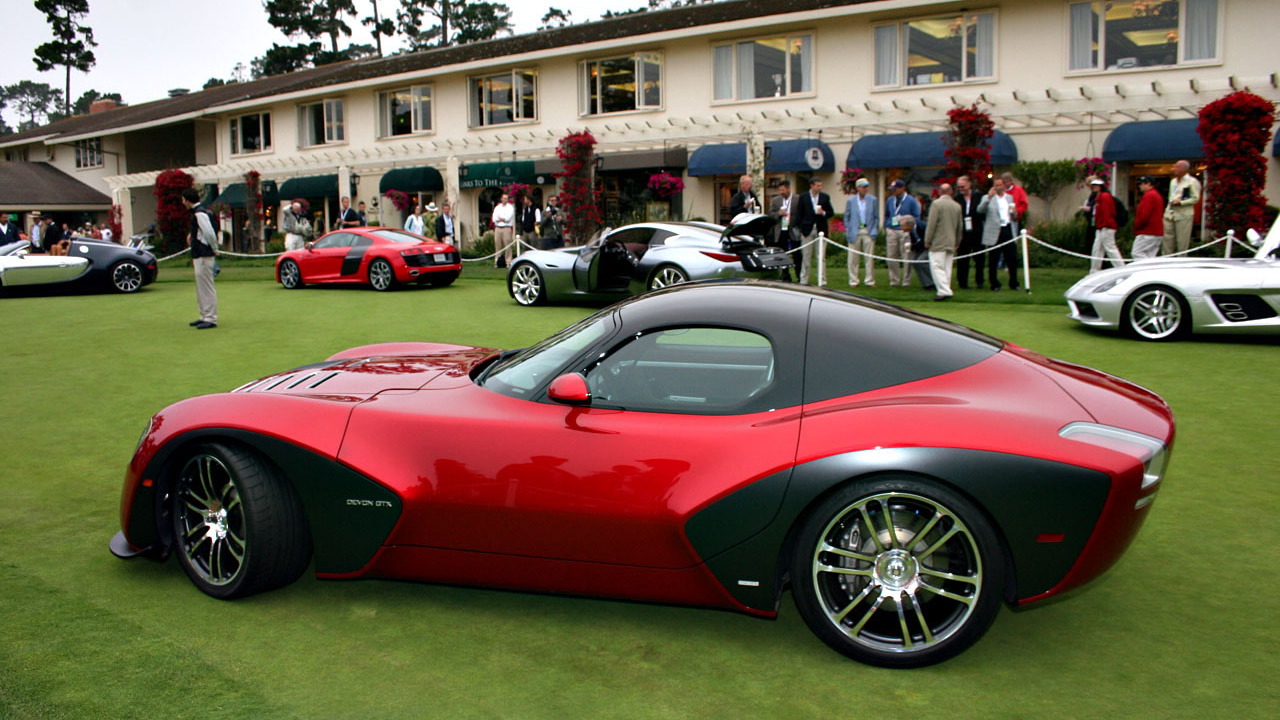 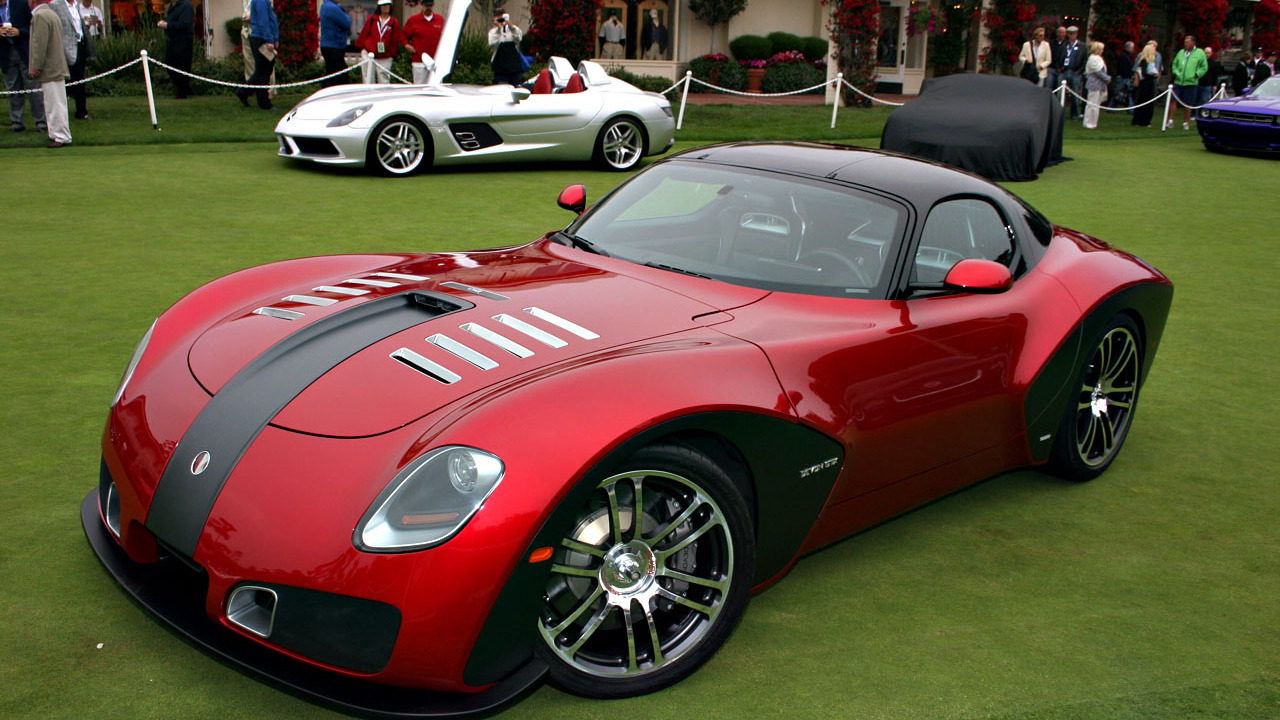 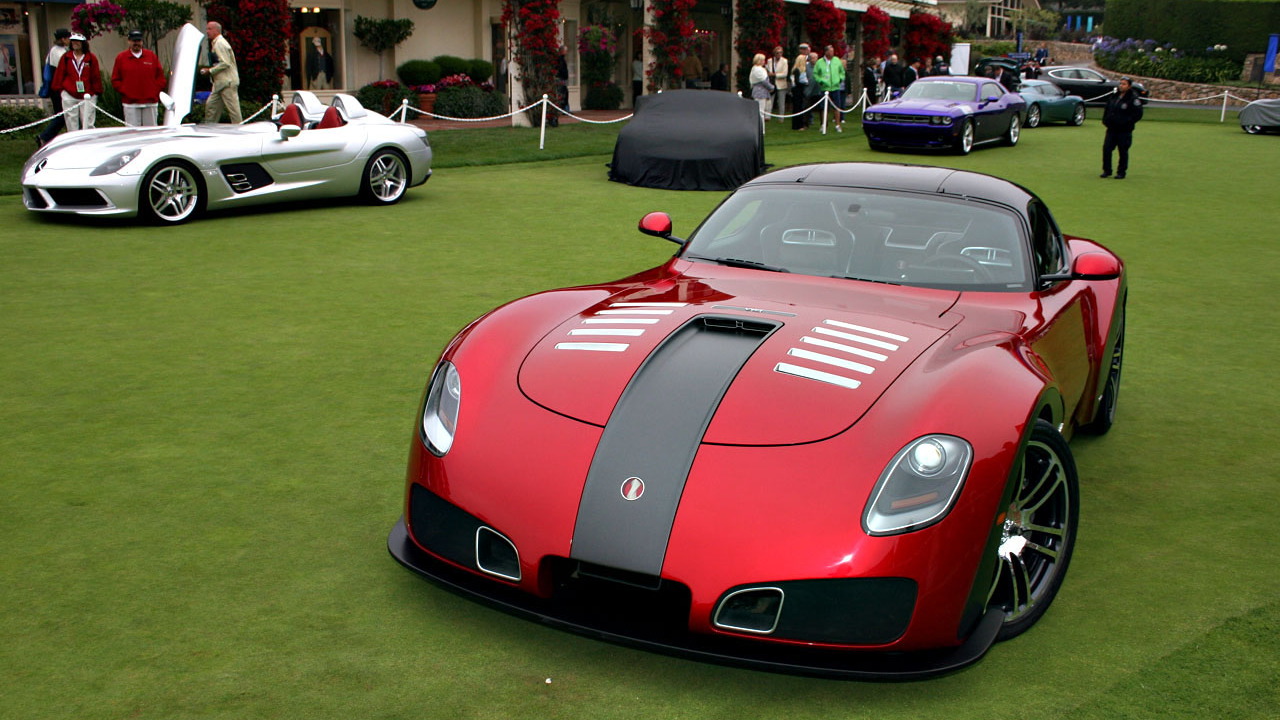 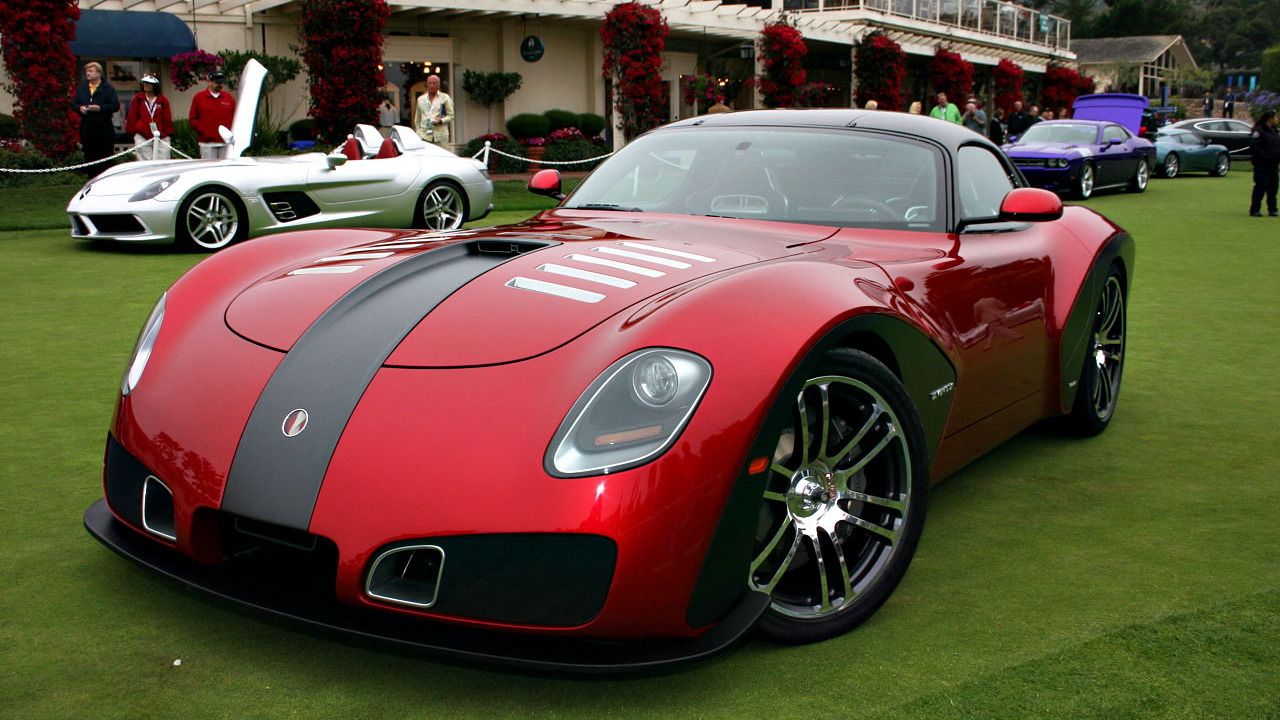 America does horsepower, it even does handling, but aside from the Corvette ZR1, it doesn't really do supercars--at least not in the modern sense of the word. But one company, Devon Motorworks, hopes to change that perception. It's off to a good start, claiming to have set the unofficial production car lap record at Mazda Raceway Laguna Seca in California and now it has unveiled its new 2010 GTX supercar to the public for the first time, using this weekend’s 2009 Pebble Beach Concours d'Elegance in Monterey.

The limited edition supercar is the first product from Los Angeles-based industrial design house Devon Motorworks and is scheduled to go on sale in the first quarter of next year. The GTX is – on one hand – a race-inspired performance car, offering a 650 horsepower engine and a complimentary transmission and induction/exhaust system that will make it the most powerful naturally aspirated production powertrain system on the market today. On the other hand, the vehicle's muscular shape represents a new expression of a modern-day muscle car.

Beneath the skin of the Devon GTX is an 8.4-liter V-10 engine that produces 650 horsepower at 6100 rpm and sends drive rearward via a 6-speed manual transmission. This engine is based on the unit found in the Dodge Viper supercar and comes with the same two-valves-per-cylinder design. Unique elements include strengthened bulkheads and large-sized water jackets to ensure optimal cooling, larger valves, and revised cylinder heads. Additional power is drawn from a custom induction and exhaust system.

To match the powerplant, the Devon GTX supercar incorporates a series of high-performance chassis refinements. For example, it comes with a race-spec suspension system with specific bushings, springs and stabilizer bars, 380mm StopTech brakes with 6-piston aluminum calipers, a limited slip differential, and Michelin Pilot Sport Cup tires wrapped around 20-inch forged wheels in the rear and 19-inch wheels up front.

Devon Motorworks will produce 36 cars per year at its manufacturing facility in southern California, with prices starting at $500,000. An optional Racing Package will be available for $25,000.