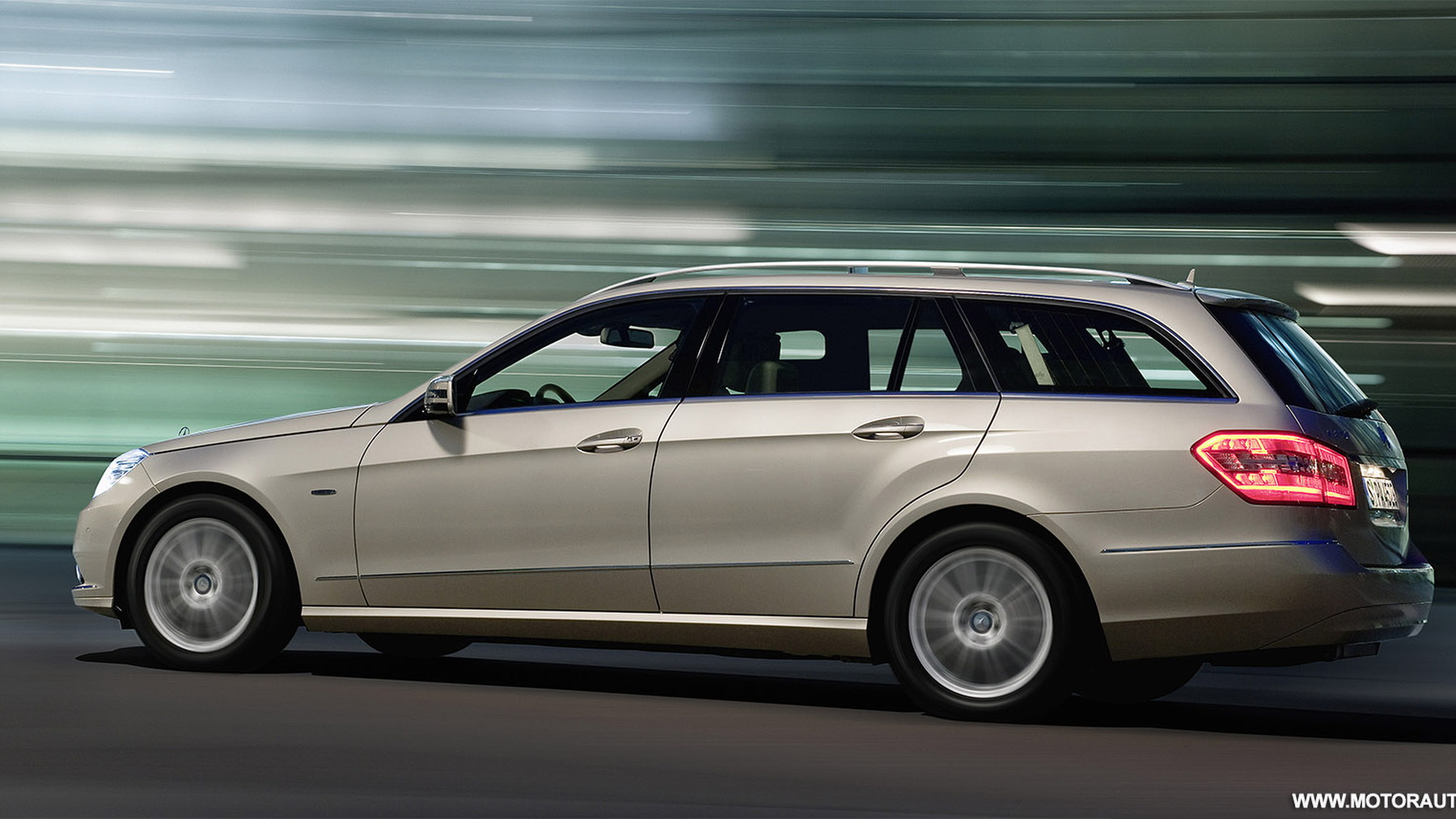 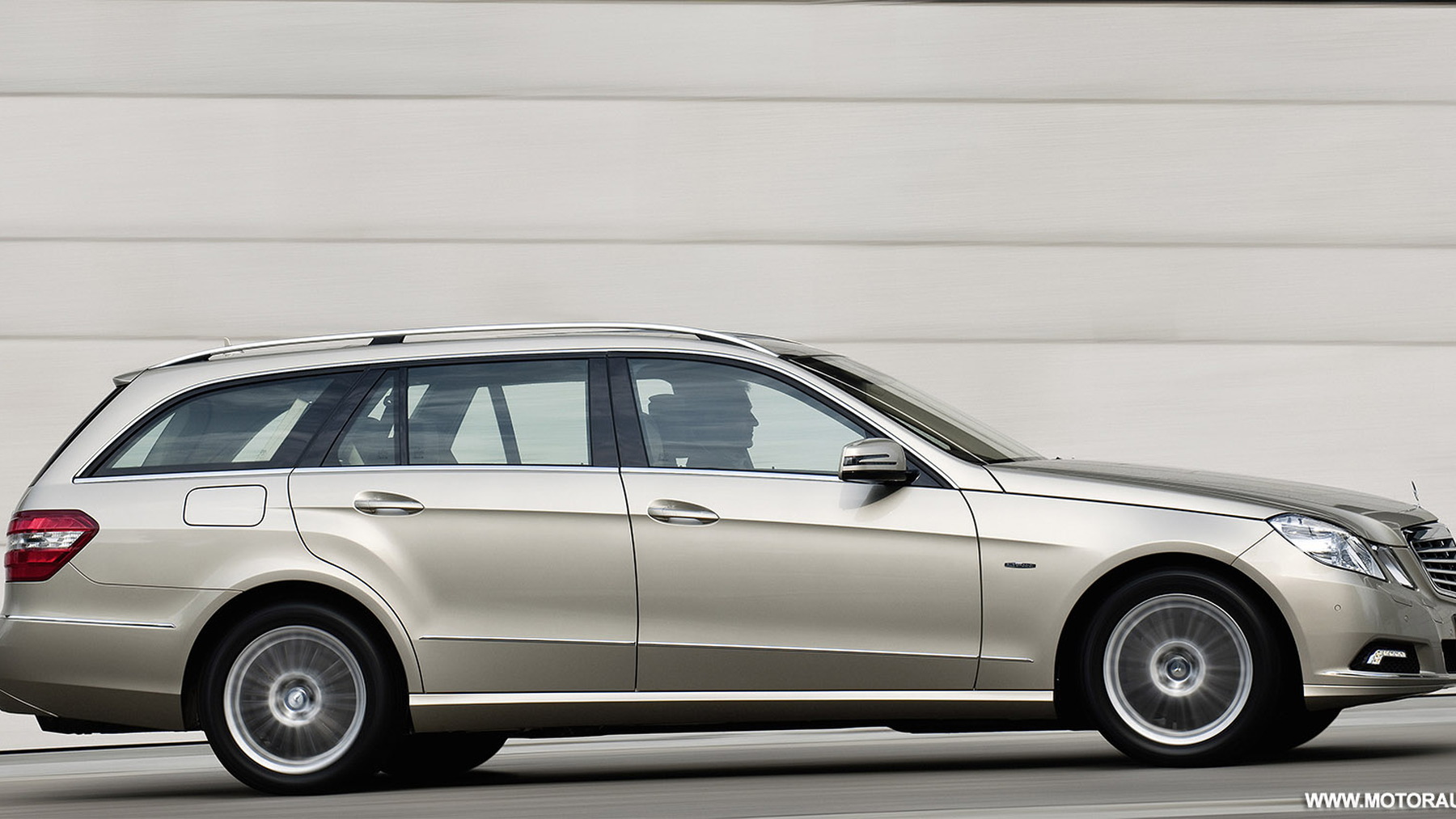 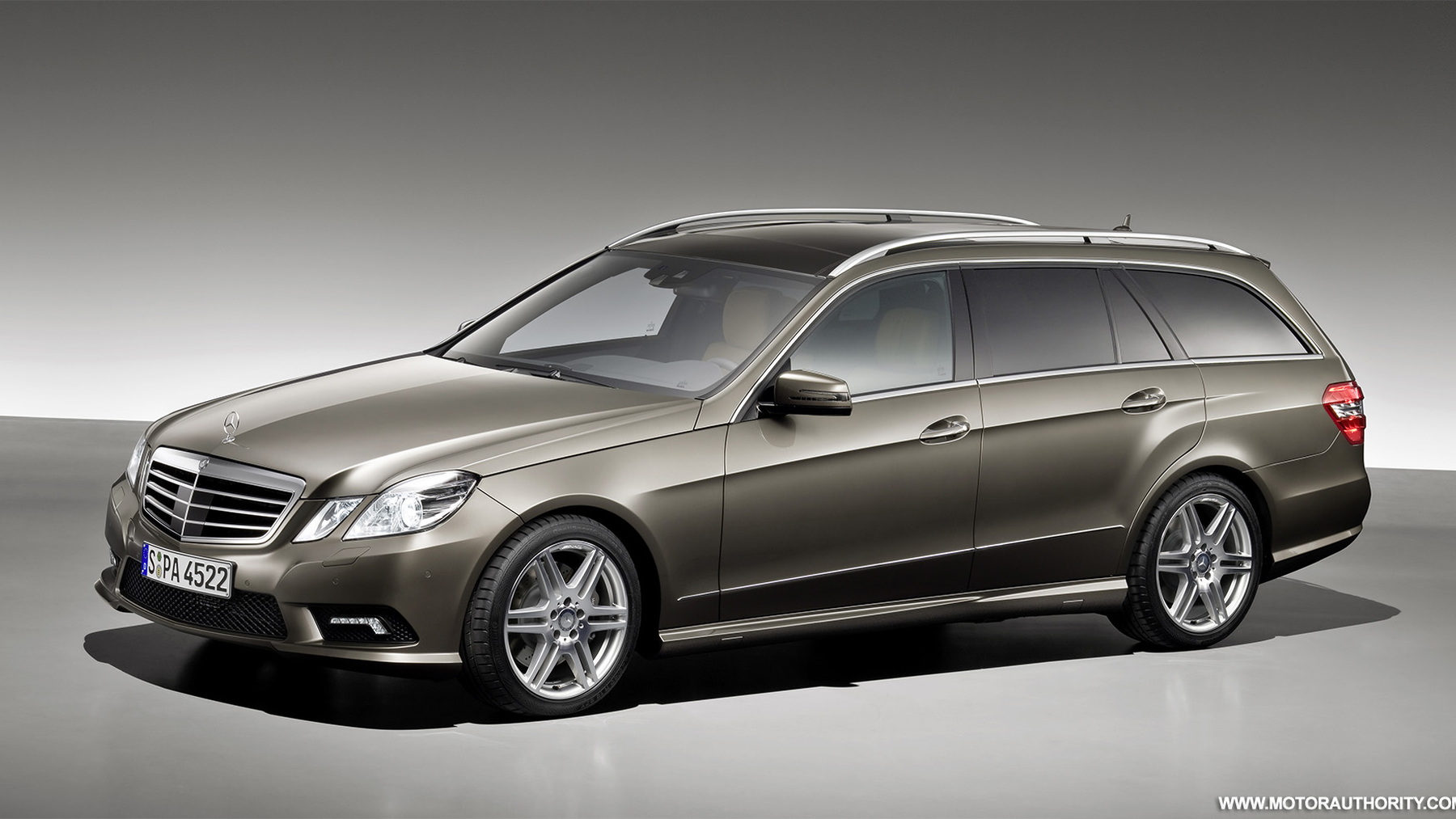 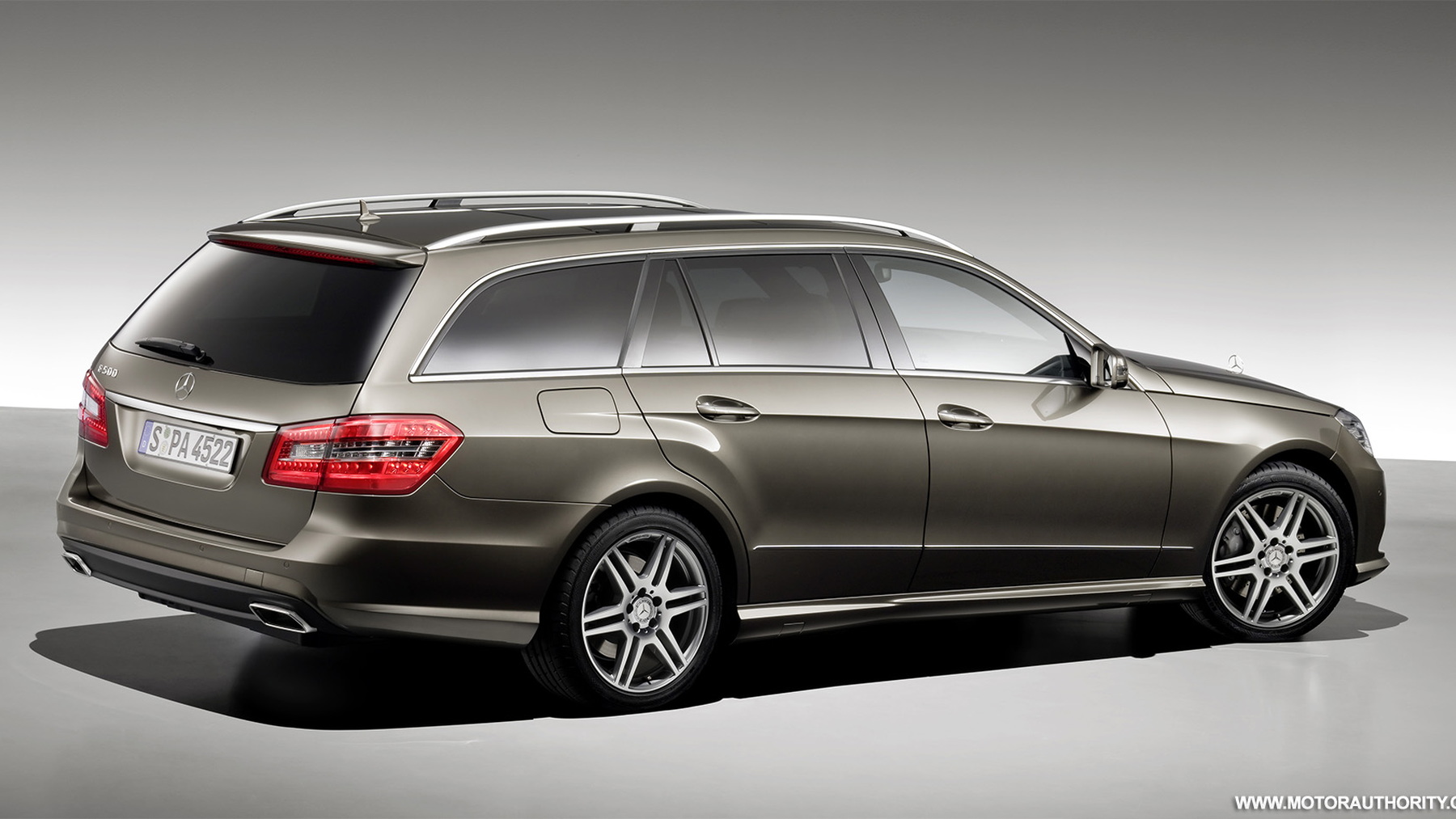 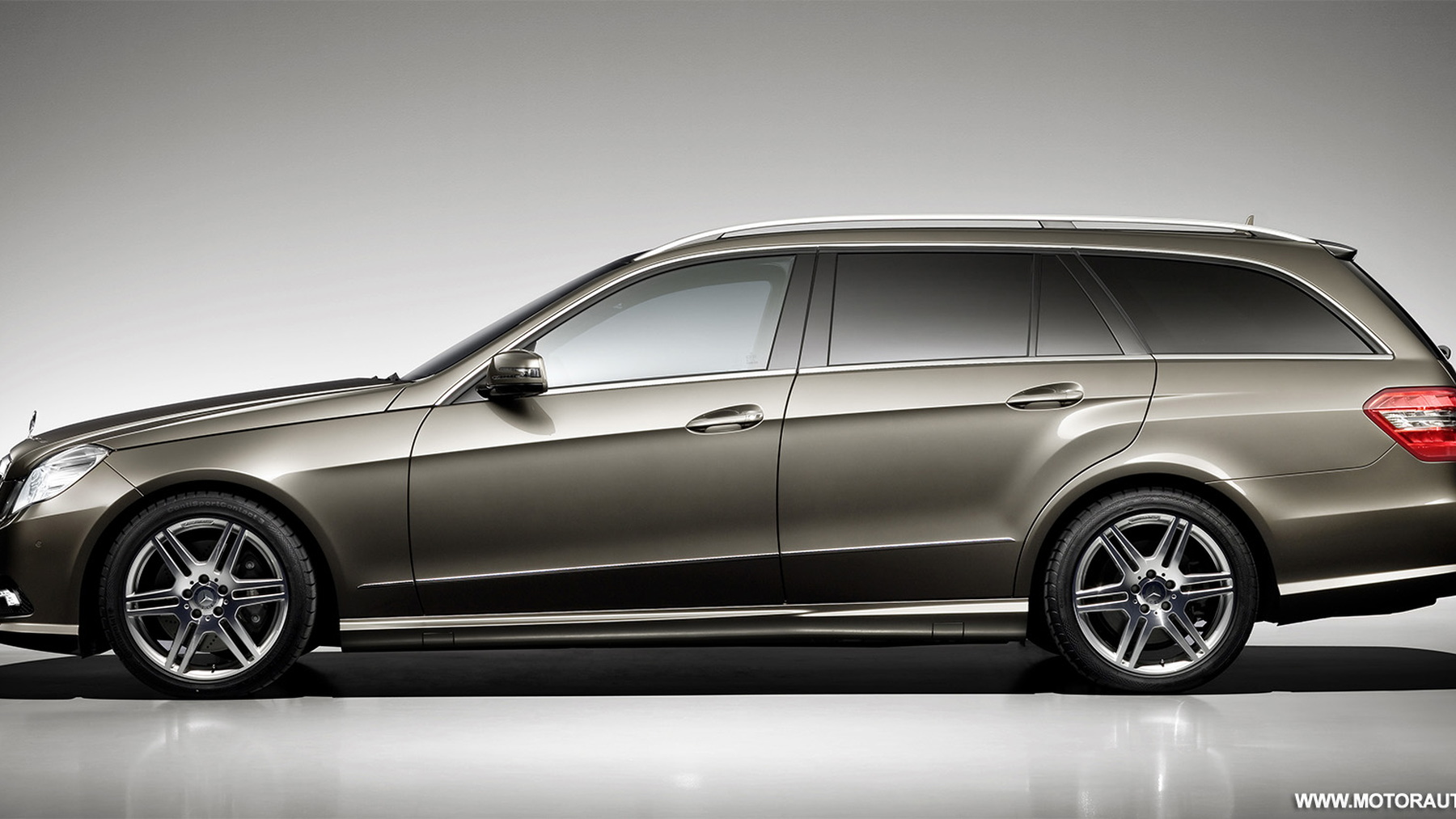 53
photos
The all-new Mercedes Benz E-Class has now reached showrooms in most parts of the globe, and now we are just a couple of months away from the launch of the ‘Estate’ wagon version. Today, however, Mercedes has released full details and images for the new model.

Mercedes has previously confirmed that the wagon will make its world debut at September’s Frankfurt Motor Show before going on sale in Europe by the end of the year. The North American launch will bring only the E350 4matic version in June of 2010 as a 2011 model. So far no other E-Class wagon variants are planned for American sale. A sport-configuration variant will be available for the first time on the U.S. E-Class wagon, however, bringing a special grille, more aggressive front and rear fascias, twin trapezoidal exhaust pipes, 'twist' side rocker panels, cross-drilled brake discs with colored rotors and five-spoke 17in alloy wheels. Optional 18in alloys are available as an AMG wheel package upgrade.

Like the sedan, the range of engines available worldwide for the new wagon will comprise four, six and eight-cylinder units with outputs from 100 kW/136 hp to 386 kW/525 hp – the top end model being the E63 from AMG. The four-cylinder engines are newly developed direct-injection units, which develop a higher output and torque than the comparable V6-engines of the preceding series despite a smaller displacement.

Along with the debut of the new wagon, Mercedes will also be launching two new engines for the E-Class range under the E200 CGI and E200 CDI guises.