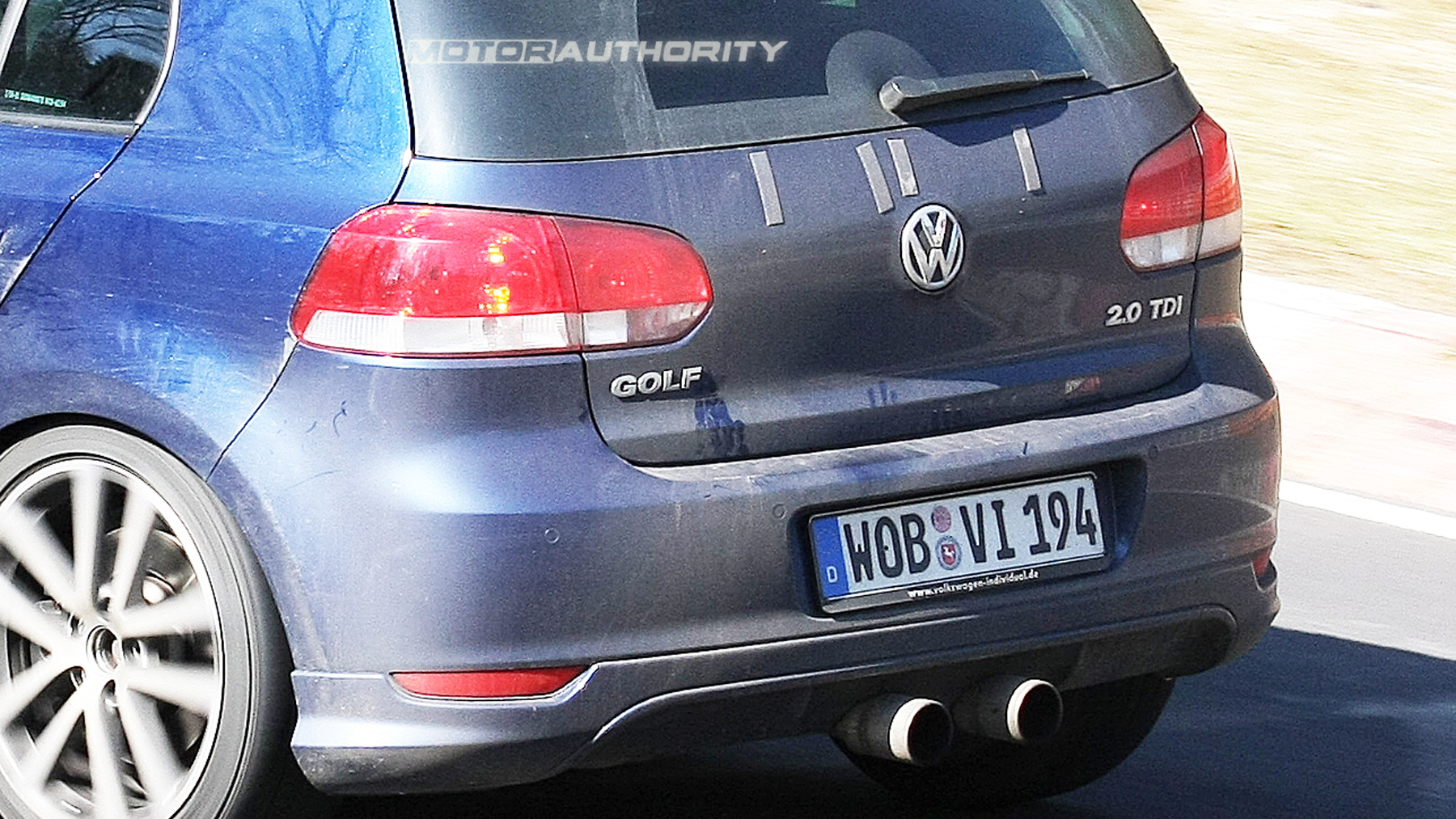 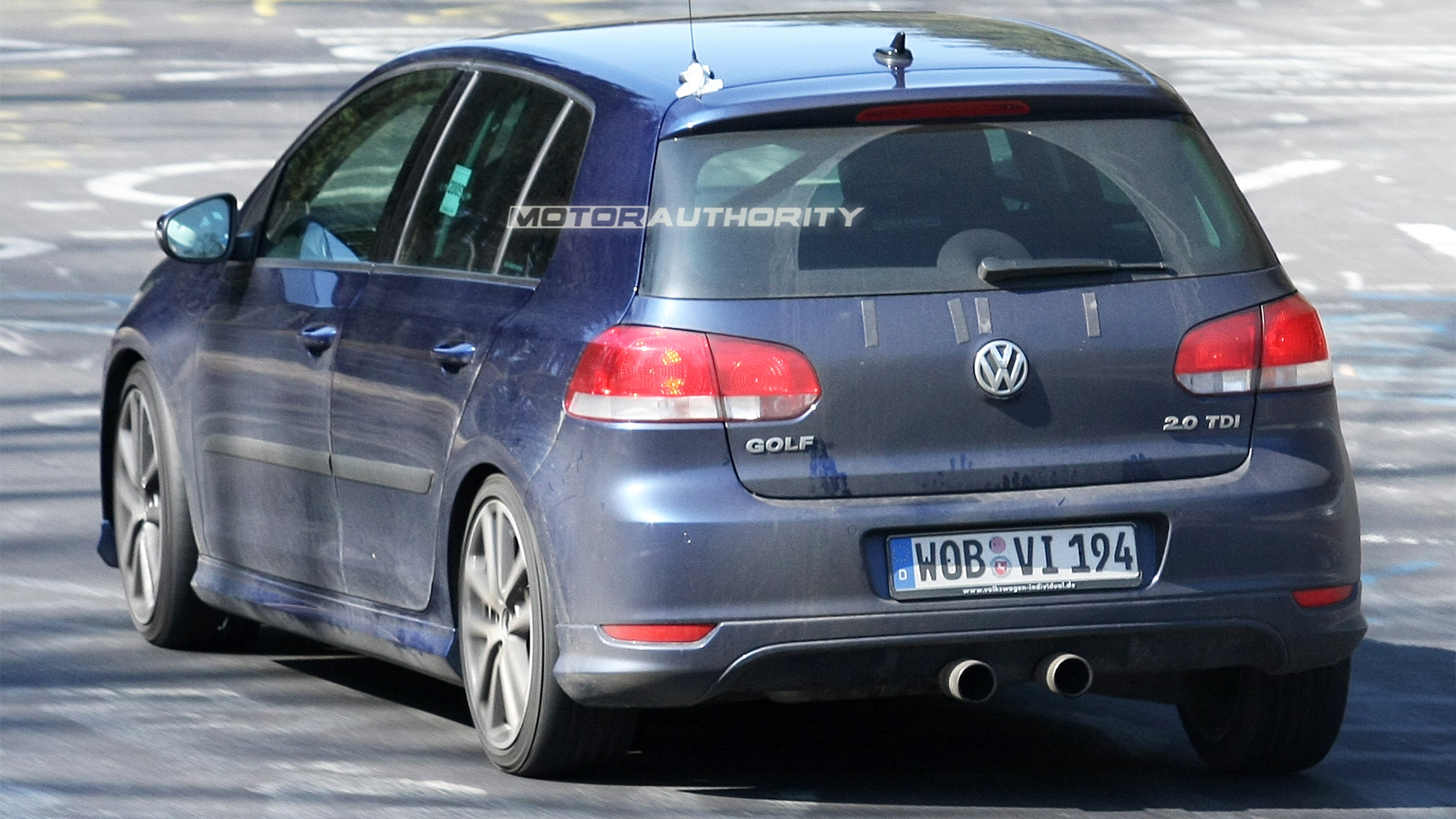 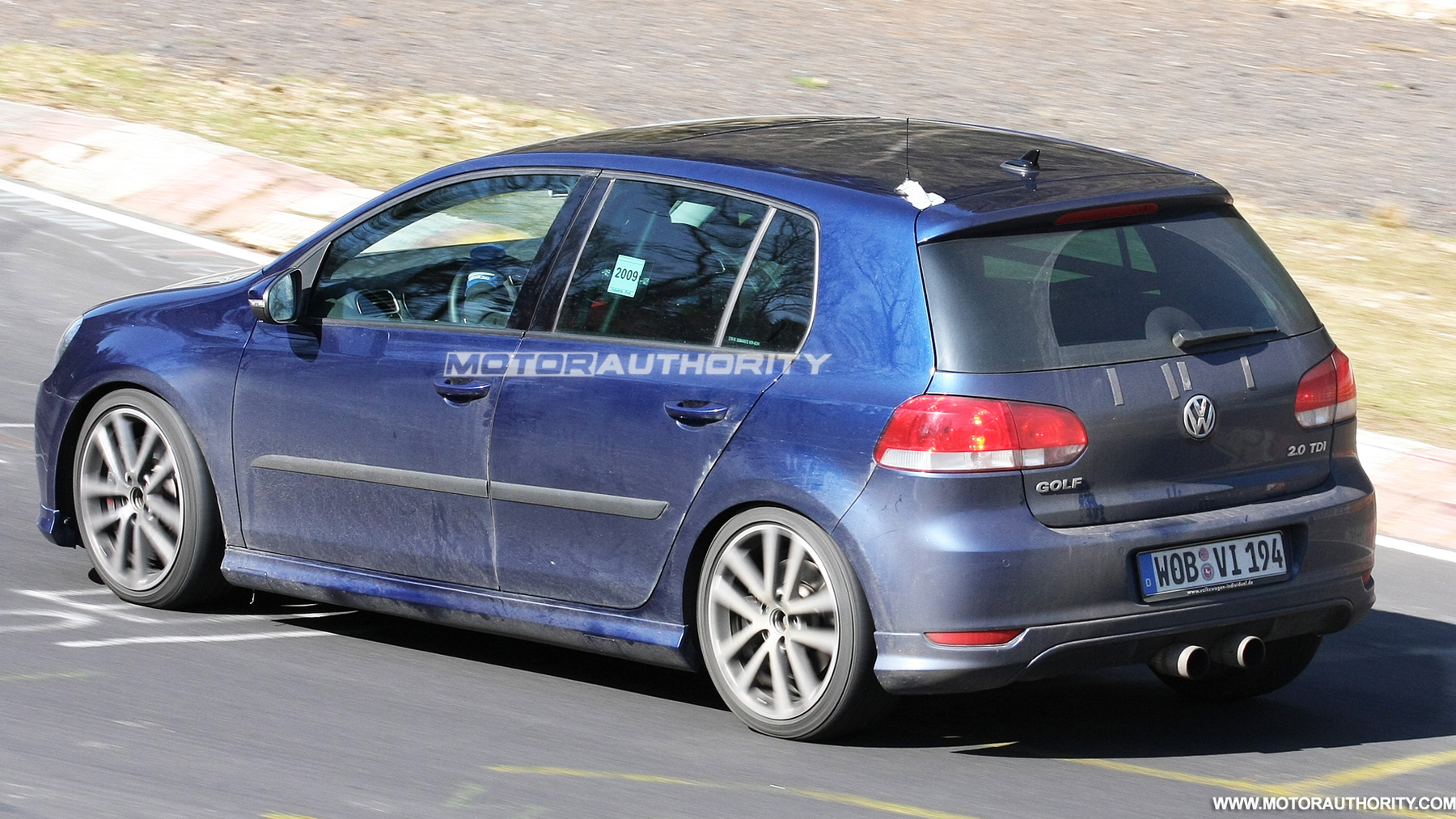 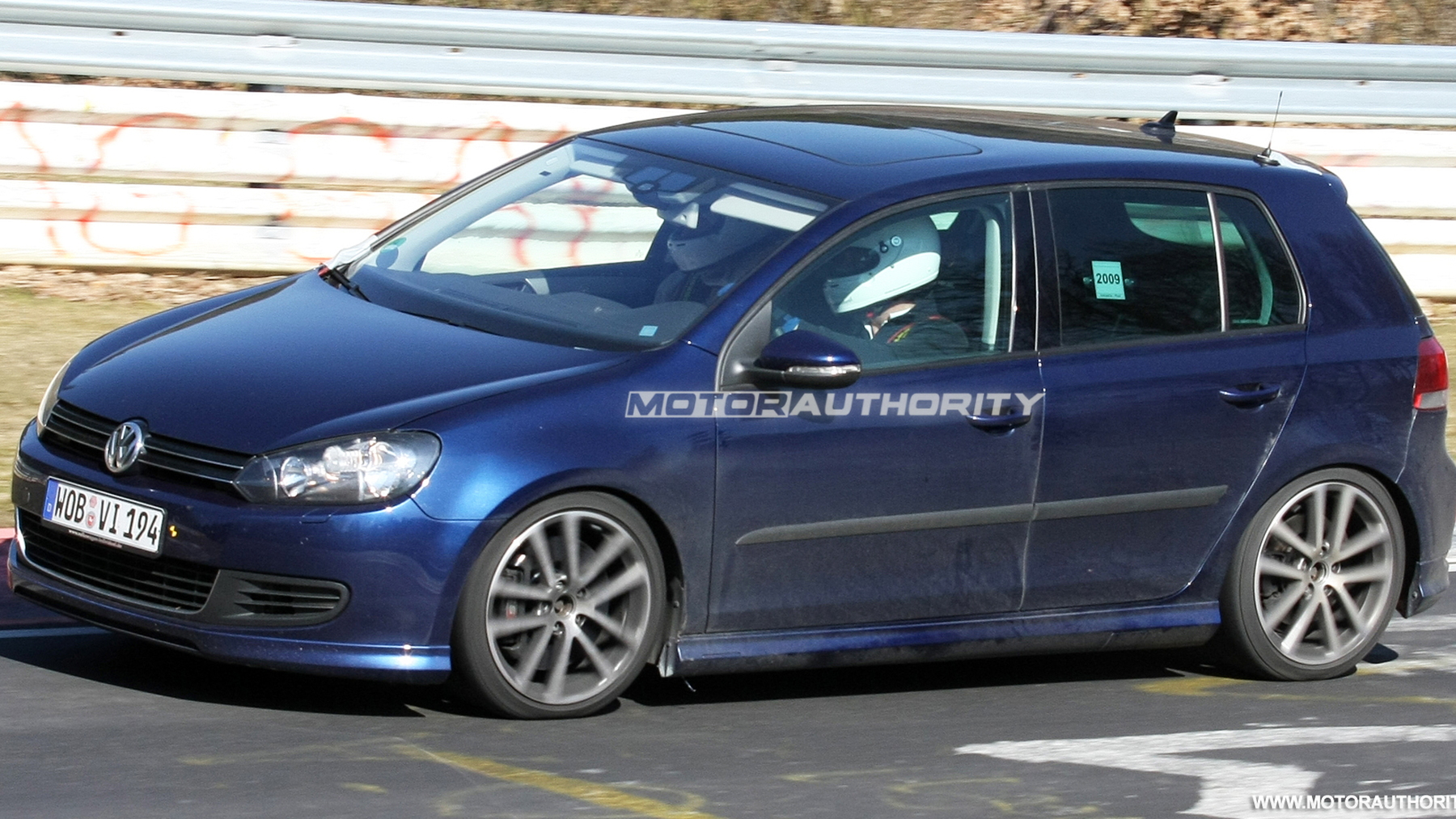 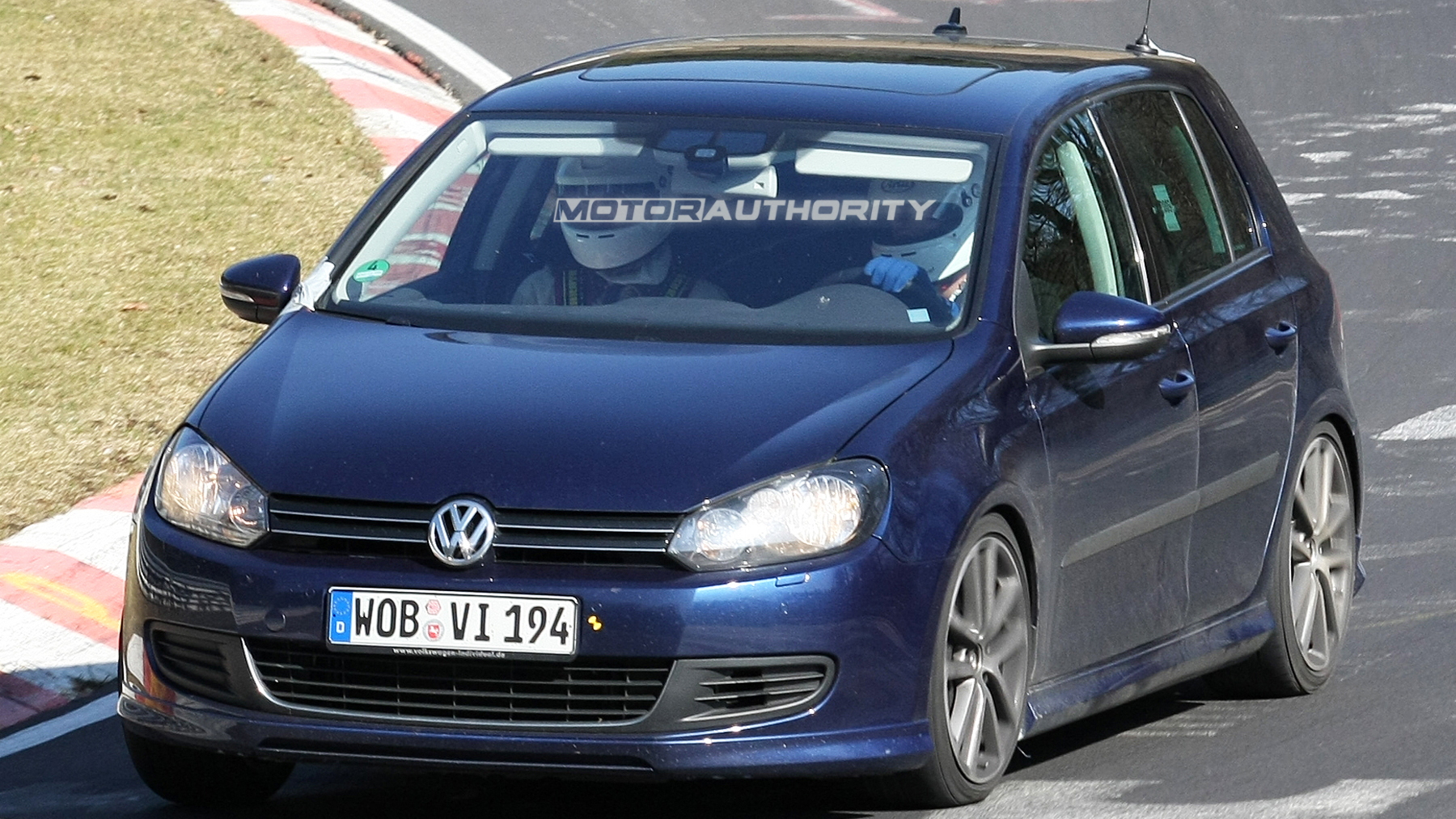 7
photos
Following the success of the Golf R32, a replacement for the car based on the Mark VI platform was always going to have big shoes to fill. However, with news that the torquey 3.2L V6 engine from the Mark V model was being phased out, the outlook for the car’s successor was looking grim.

That was until reports emerged claiming VW was working on a new high-performance turbocharged engine to replace the older V6. We now have the first spy shots of the car, which was caught testing recently at Germany’s Nurburgring circuit. While the prototype seen here is disguised in the body of 2.0L TDI model, under its hood is a newly developed 2.0L turbocharged petrol engine – hence the name Golf R20.

The hot-hatch is expected to deliver 270hp (201kW) and be fitted with a six-speed manual and AWD. A dual-clutch DSG is also expected to be featured as an option. The 0-62mph (100km/h) sprint should fall into the five second bracket and top speed will likely be set somewhat higher than that of the GTI. Unlike its Euro-competition - the Renault Megane RS and Ford Focus RS - the R20 will use AWD for superior performance and handling.

The R20 is expected to go on sale in Europe towards the end of the year and be launched in the U.S. by early 2010. VW will also reportedly unveil a R-series Scirocco coupe at this year’s DAC 24-hour race at the Nurburgring Nordschleife in May, details of which you can read in our previous story by clicking here. The R20 is expected to bow in at September’s Frankfurt Motor Show.