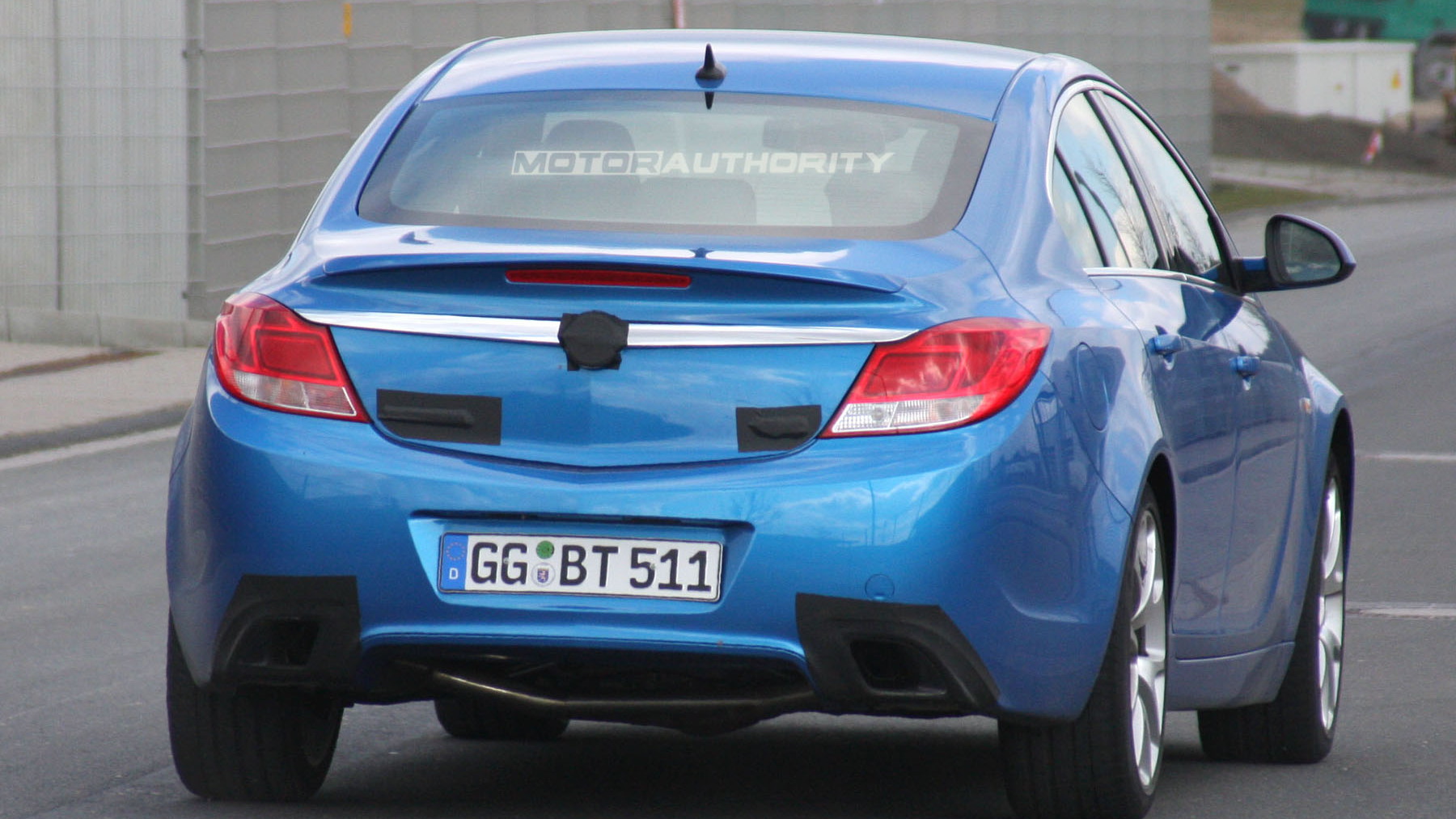 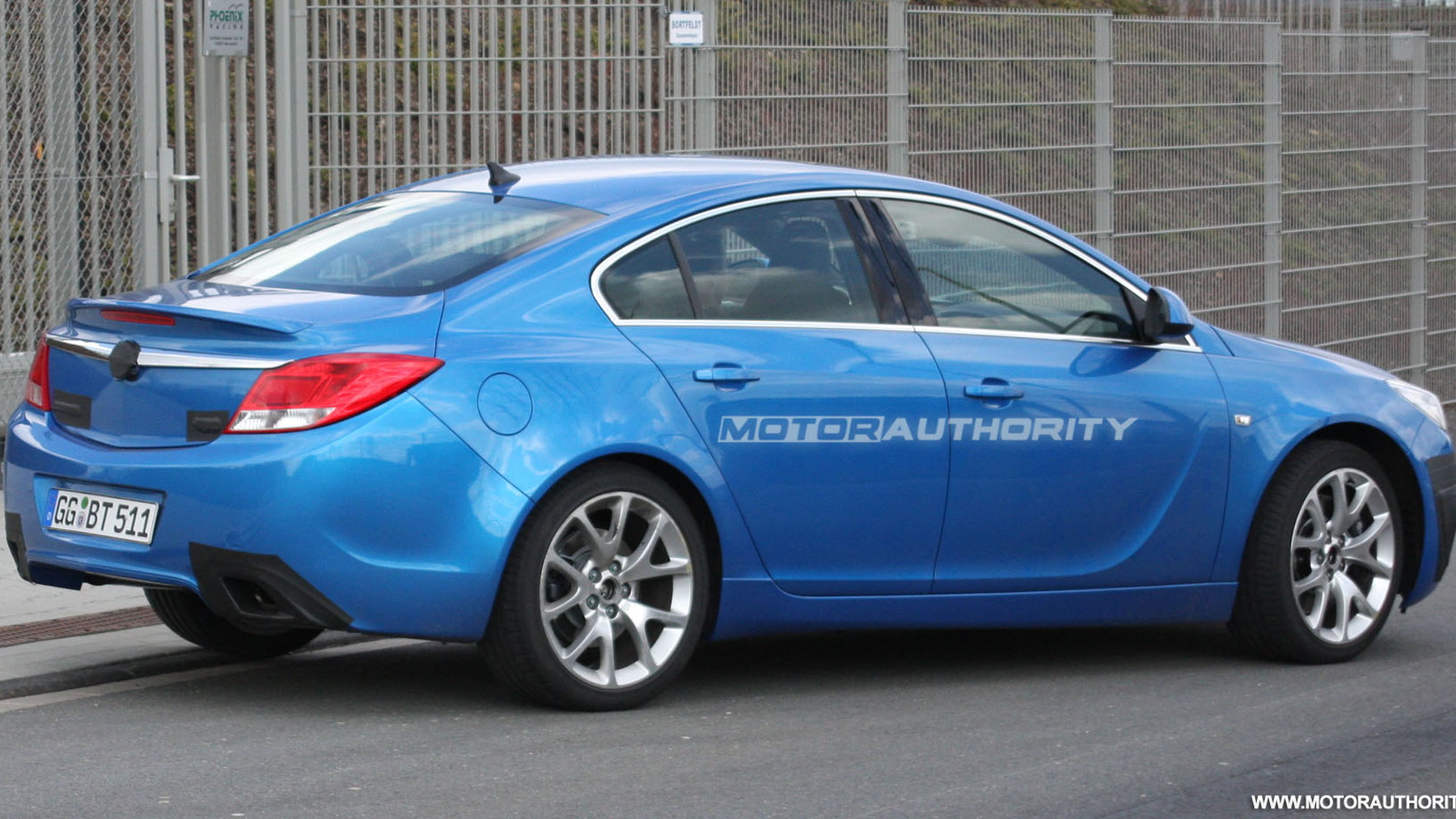 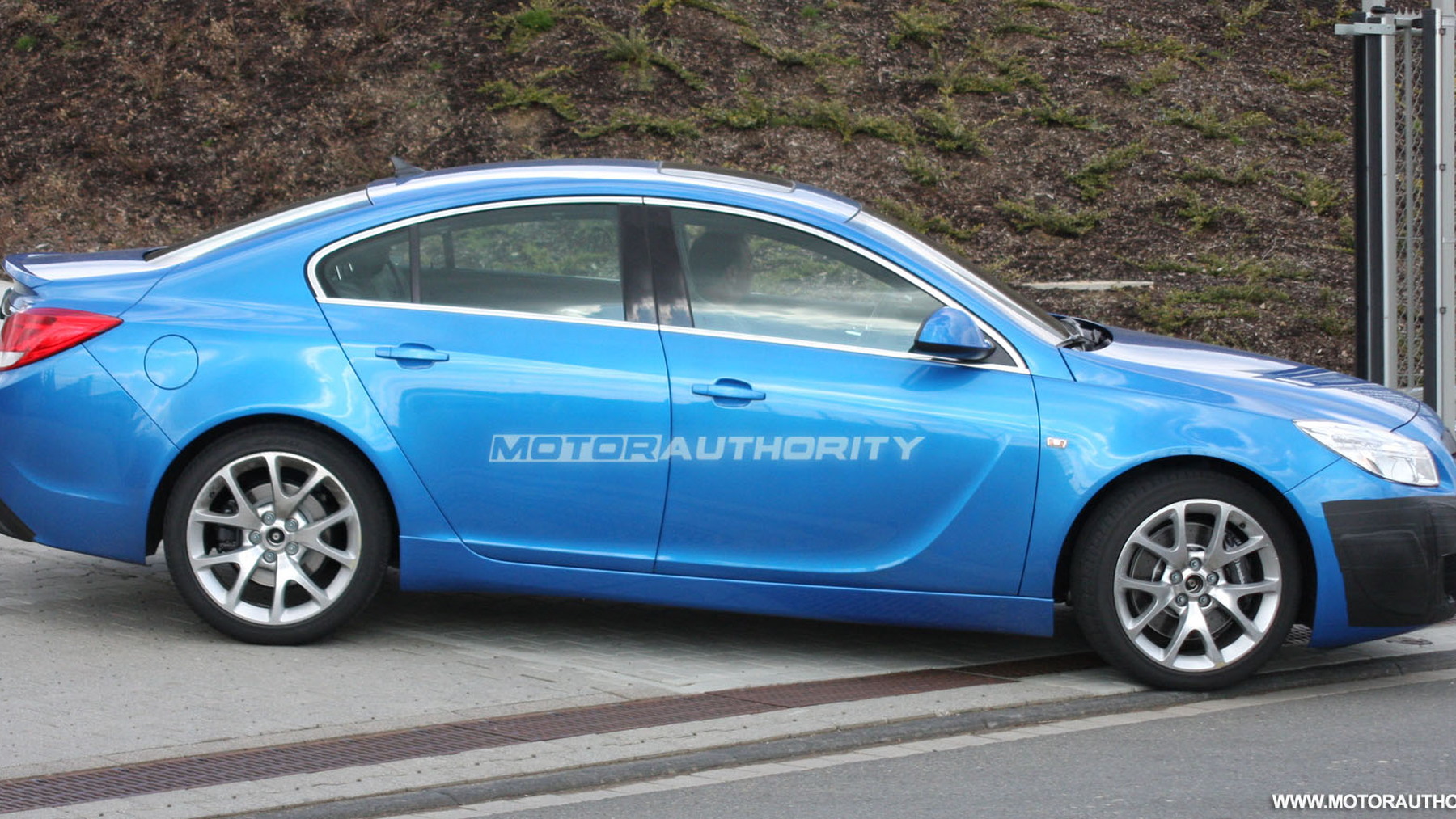 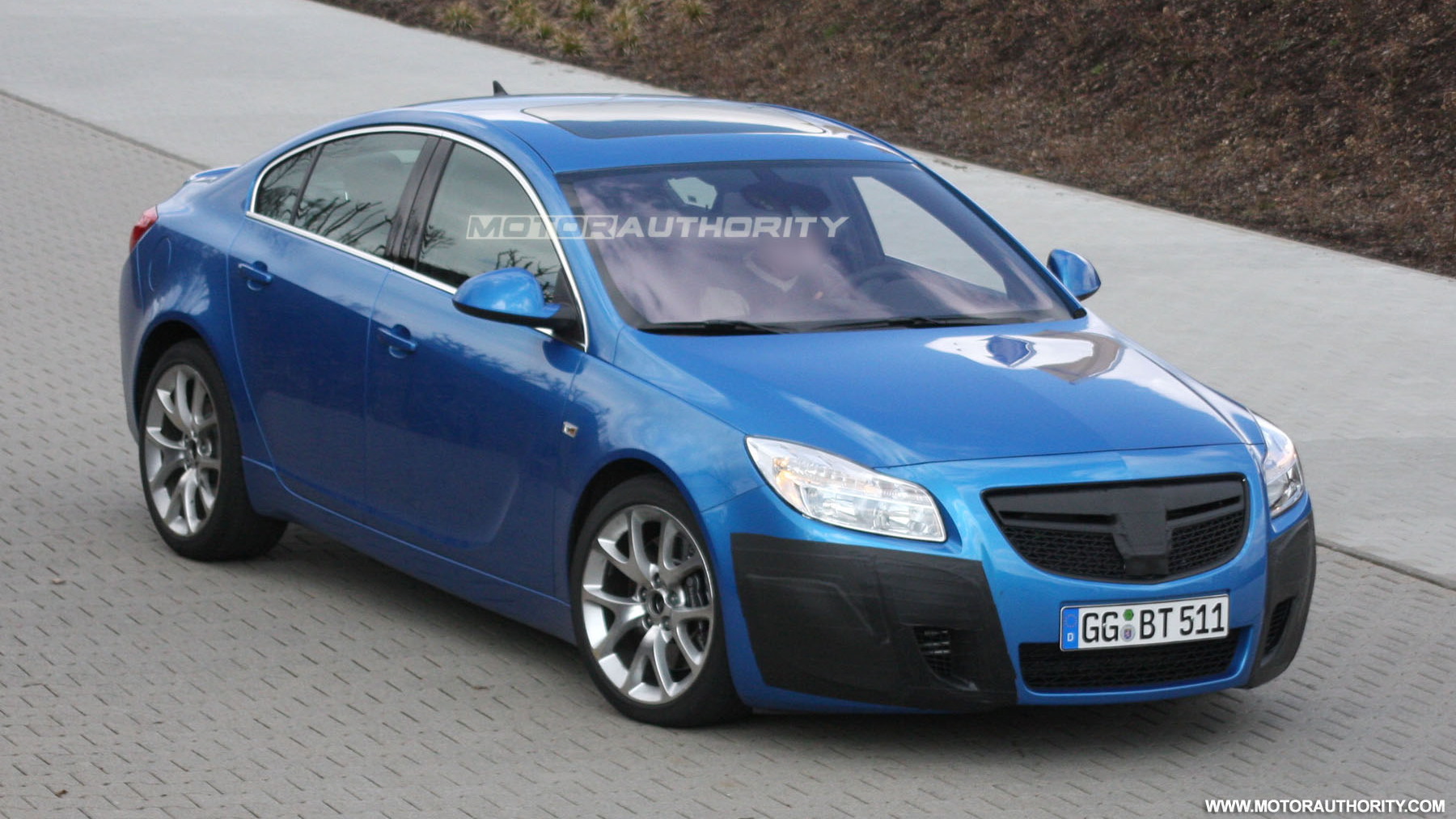 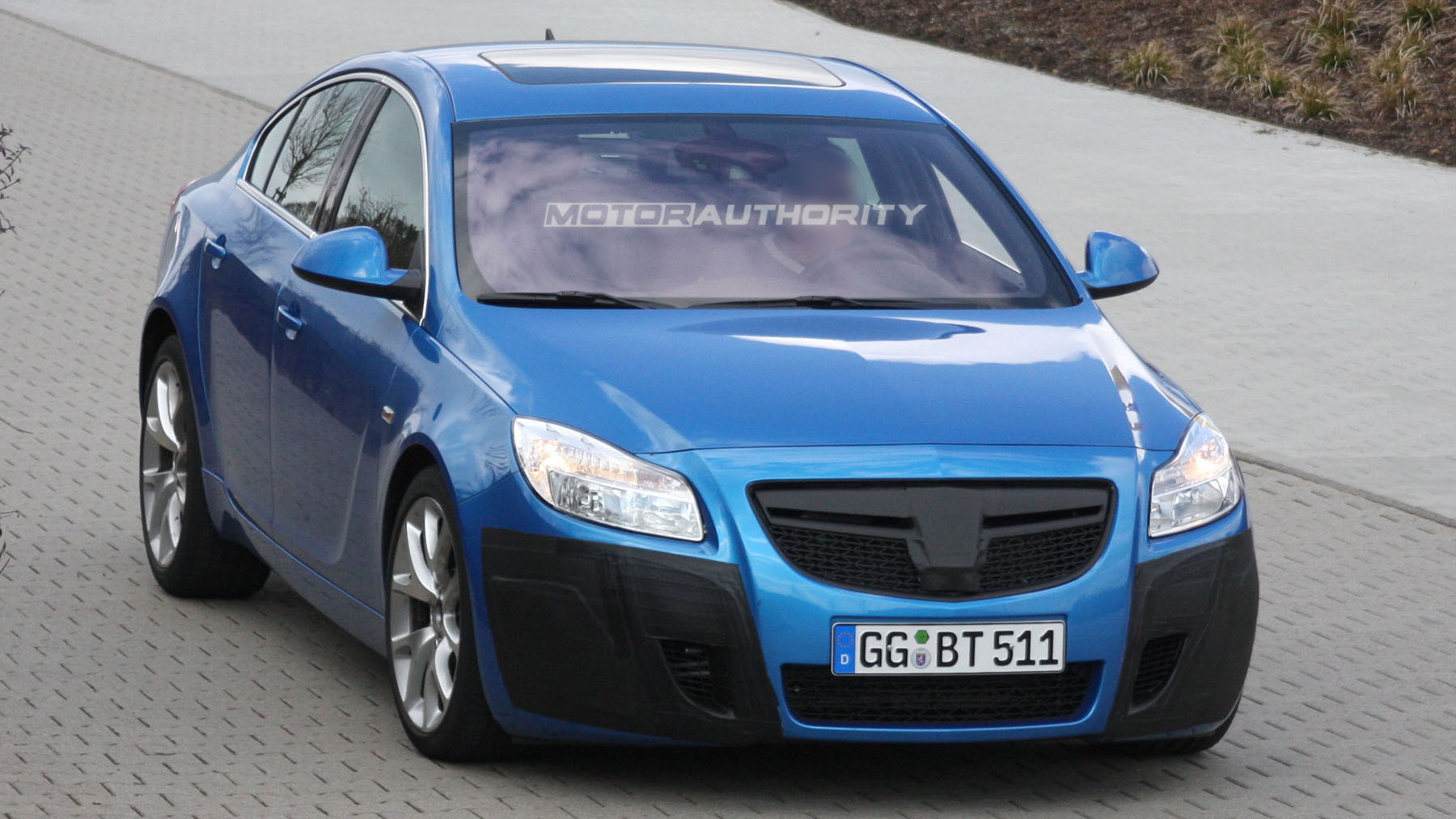 17
photos
We’ve seen a number of prototypes for the upcoming OPC Opel Insignia sedan and Sports Tourer wagon in the past 12 months but this is the first time that we have seen the car in its almost production ready state. OPC, which stands for ‘Opel Performance Center,’ is the name given to models developed by GM’s official in-house tuner in Europe, and in the past has been used for cars like the Astra and compact Corsa hatchbacks.

OPC cars typically feature minor engine and handling mods as well as styling and performance upgrades such as bigger wheels and sporty bodykits. In the UK, the car will likely be known as the Vauxhall Insignia VXR.

The oversized wheels and cross-drilled brake discs of this latest prototype suggest there will be some serious performance modifications implemented by Opel’s engineers this time around. A V6 badge at the rear of previous prototypes, meanwhile, confirms that the 260hp (194kW) 2.8L engine from the standard model will also be used in the OPC, however, the addition of a turbocharger system could boost power levels beyond 300hp (225kW).

Previous reports suggest that a new AWD system will be fitted to the car to improve handling, while stiffer suspension and an uprated steering system will also improve track performance. The expected AWD system is the same torque-splitting electronic differential used by Saab for its 9-3 Turbo X.

With rumors the Insignia could be heading Stateside as the 2010 Buick Regal, there’s now a chance that this high-performance OPC model could be offered in the U.S. as well - let’s keep our fingers crossed.