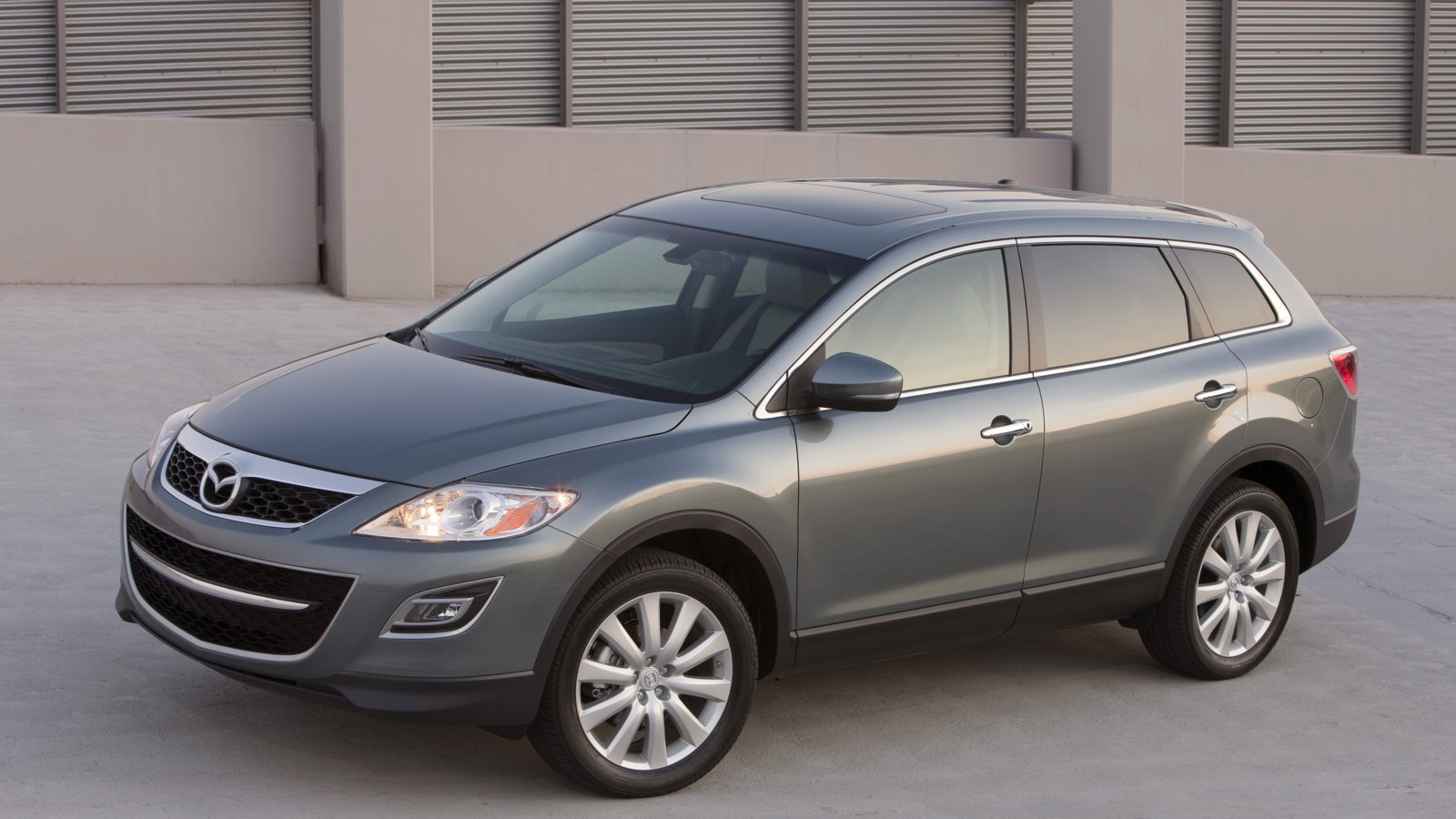 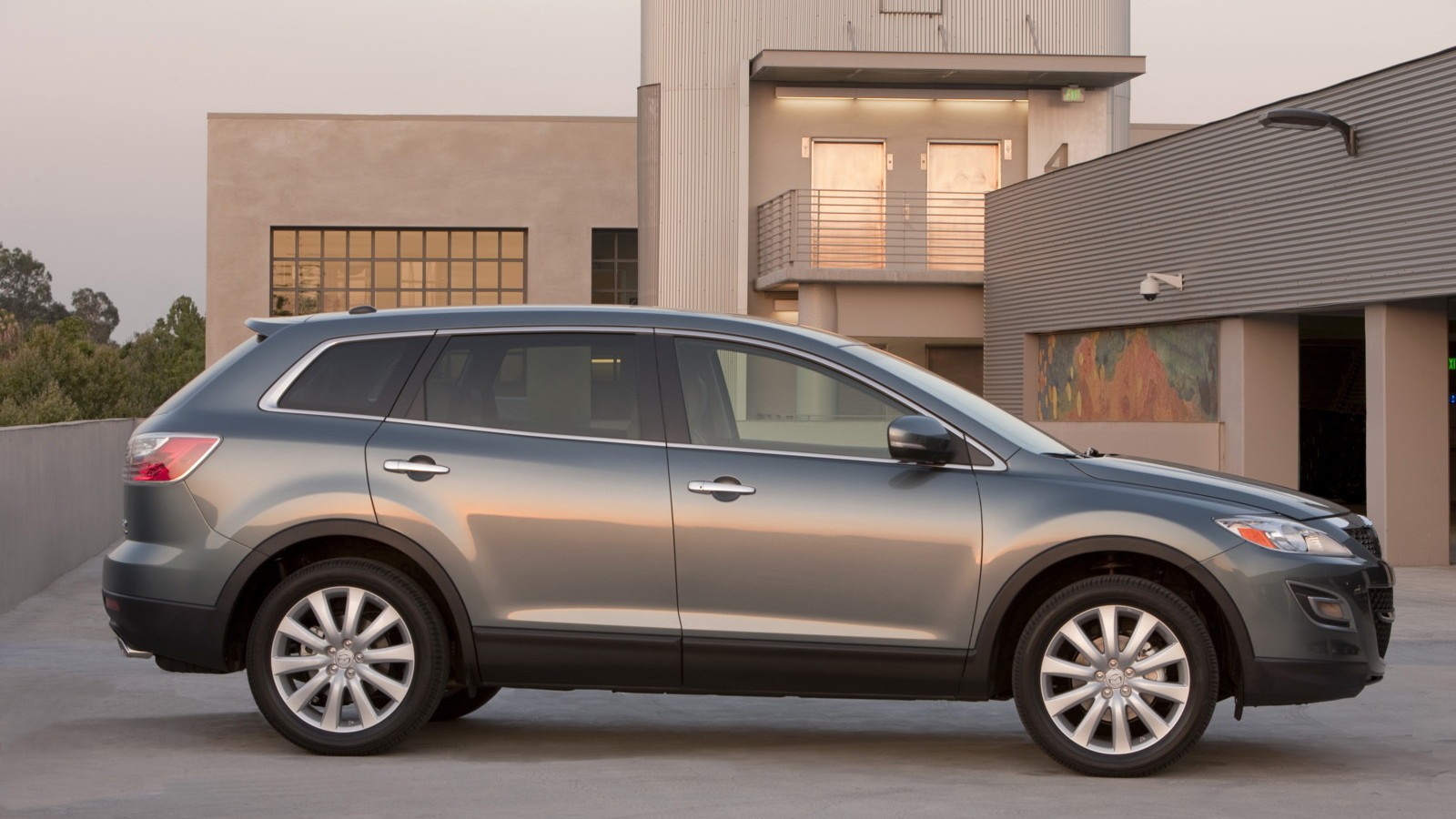 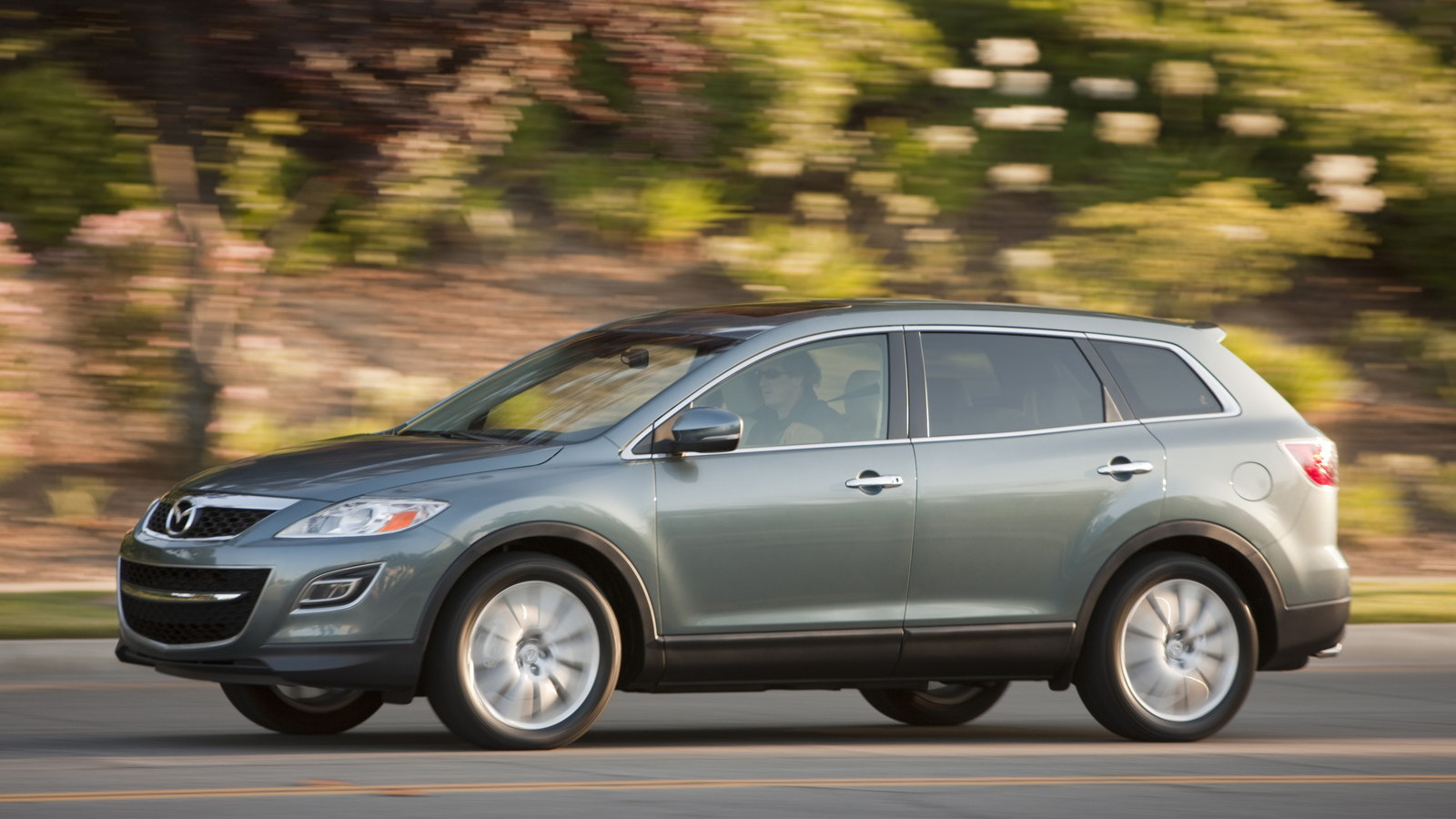 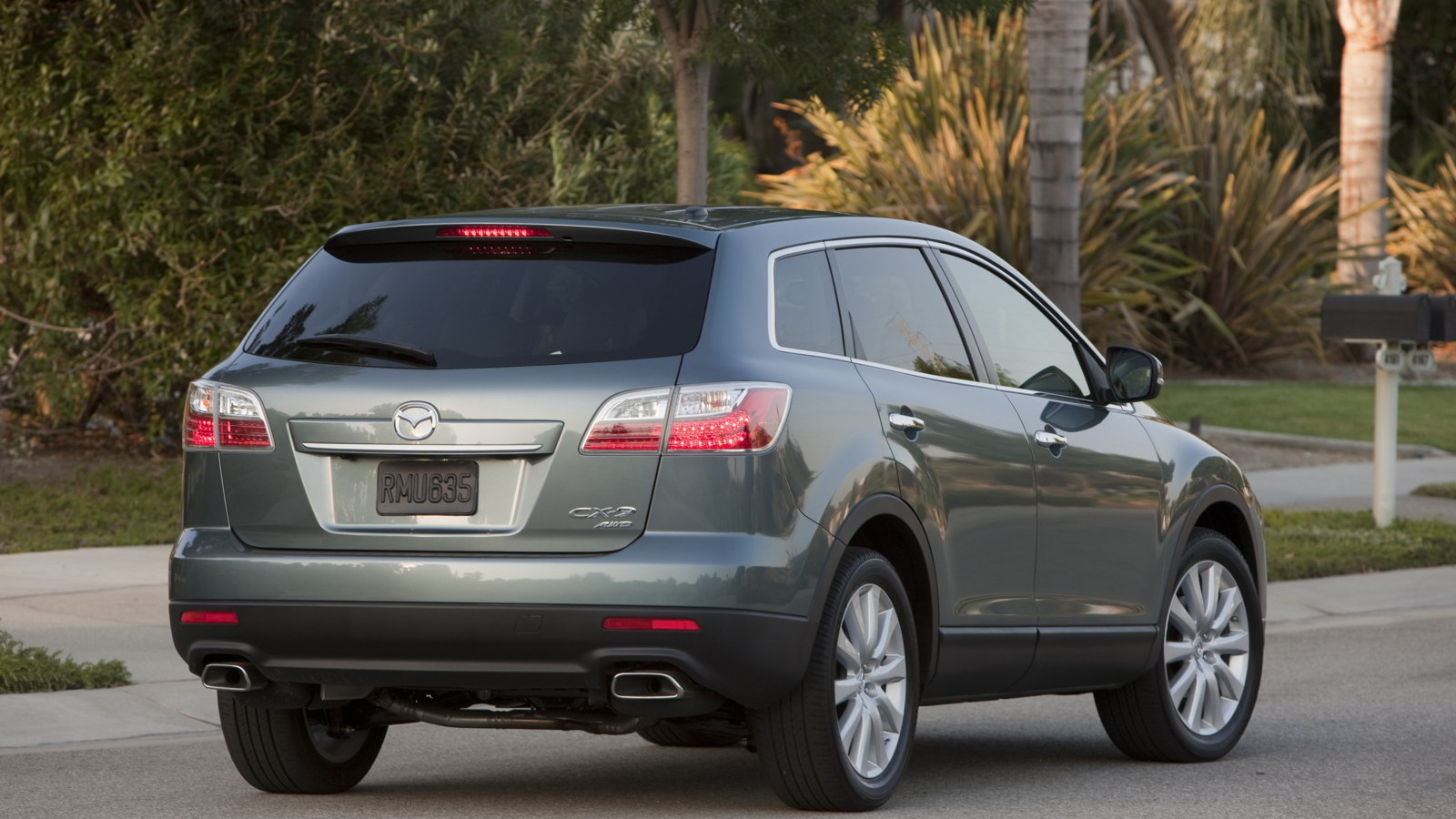 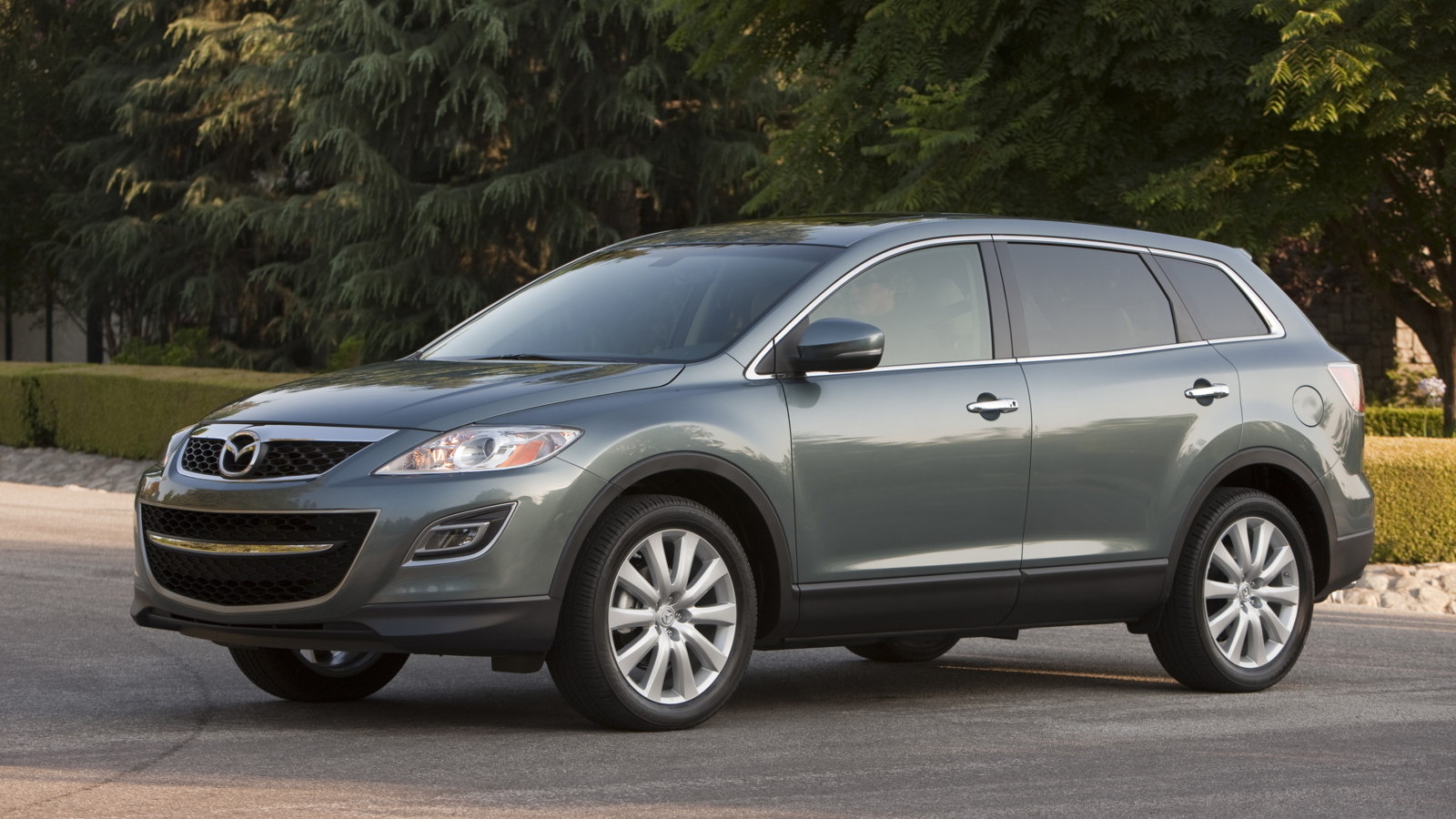 Mazda has been very busy in the past couple of months, with updated versions of the MX-5 and CX-7, as well as the all-new 2010 Mazda 3 all making their respective debuts recently. Mazda’s new model roll-out shows no sign of slowing as the company has just unveil an updated version of its CX-9 crossover at the New York Auto Show.

Highlighting the list of changes for the 2010 model year arrival is a new front-end, which picks up the company’s smiley fascia, as well as new headlights, fog-lamps and dual chrome exhaust pipes.

As is also the case with other recent vehicles in the Mazda lineup, the 2010 CX-9 receives a Nagare-inspired exterior and interior. Like the recently updated CX-7, the new CX-9’s interior adopts higher quality materials, a new design for the gauges, and a new multifunction information display. Also new for 2010 are the chrome accents on the center console, new seat fabrics, piano-black inserts on the steering wheel and around the audio display, and extra storage pockets.

The crossover comes powered by Mazda’s familiar 273-horsepower 3.7-liter V-6 engine, which keeps its peak torque of 270 pound-feet from 3,000 rpm right until 4,250 rpm. Drive is sent the wheels via an Aisin-supplied six-speed automatic transmission with a manual mode. In normal driving, 100 percent of the driving torque is delivered to the front wheels. During aggressive acceleration or when one of the front wheels is on the verge of slip, a controlled percentage of the available torque is directed to the rear axle.

Mazda also used the upcoming New York event for the U.S. debut of the facelifted CX-7 and the all-new Mazdaspeed3 (MPS).