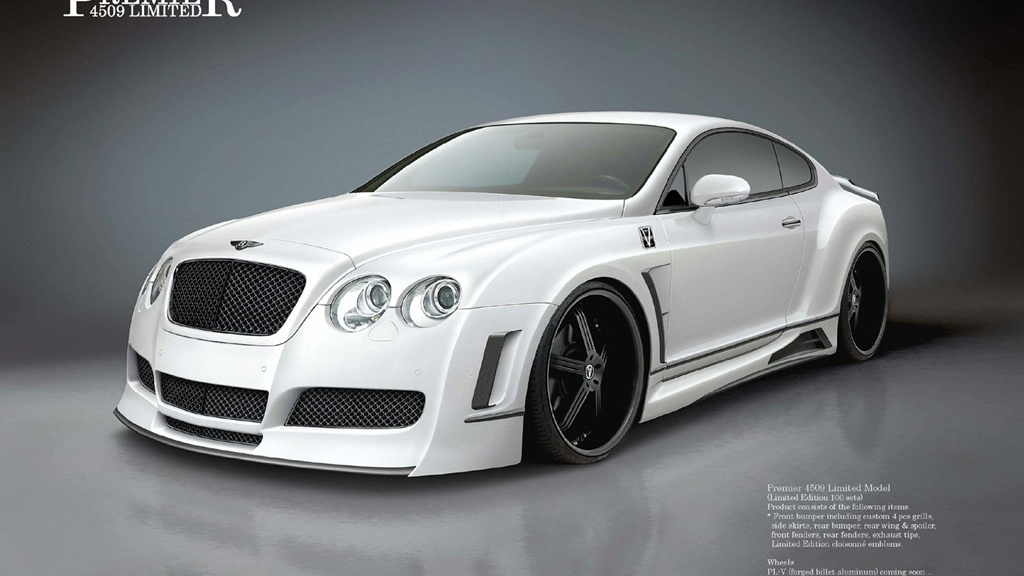 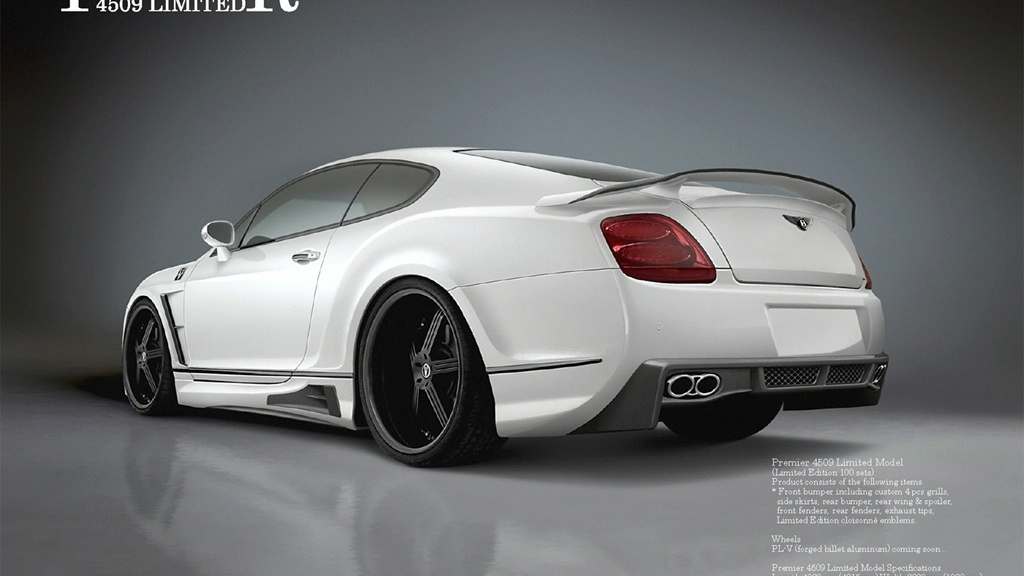 4
photos
Common adjectives applied to tuner-modified Bentleys include: gaudy, excessive, and hideous. The Premier4509 won't be falling victim to such criticism, however, as its sleek lines and highly aerodynamic profile actually fit with the overall theme of the car.

Rather than going the route of its last wide-bodied aero kit for the Bentley Continental GT, Premire4509 has taken a more tasteful tack for the 2009 update. This version will only be available to 300 customers, however, with the company limiting output to keep the look exclusive.

“The response to the wide body package has been over whelming and there is a large demand to debut a non-wide version. We didn’t want to do an exact replica of the wide body version, so we have made some changes to differentiate the two designs,” said company president H. Yokomaru.

No pricing on the conversion has yet been released, but considering the car and the special-edition nature, expect a proportionate price tag.