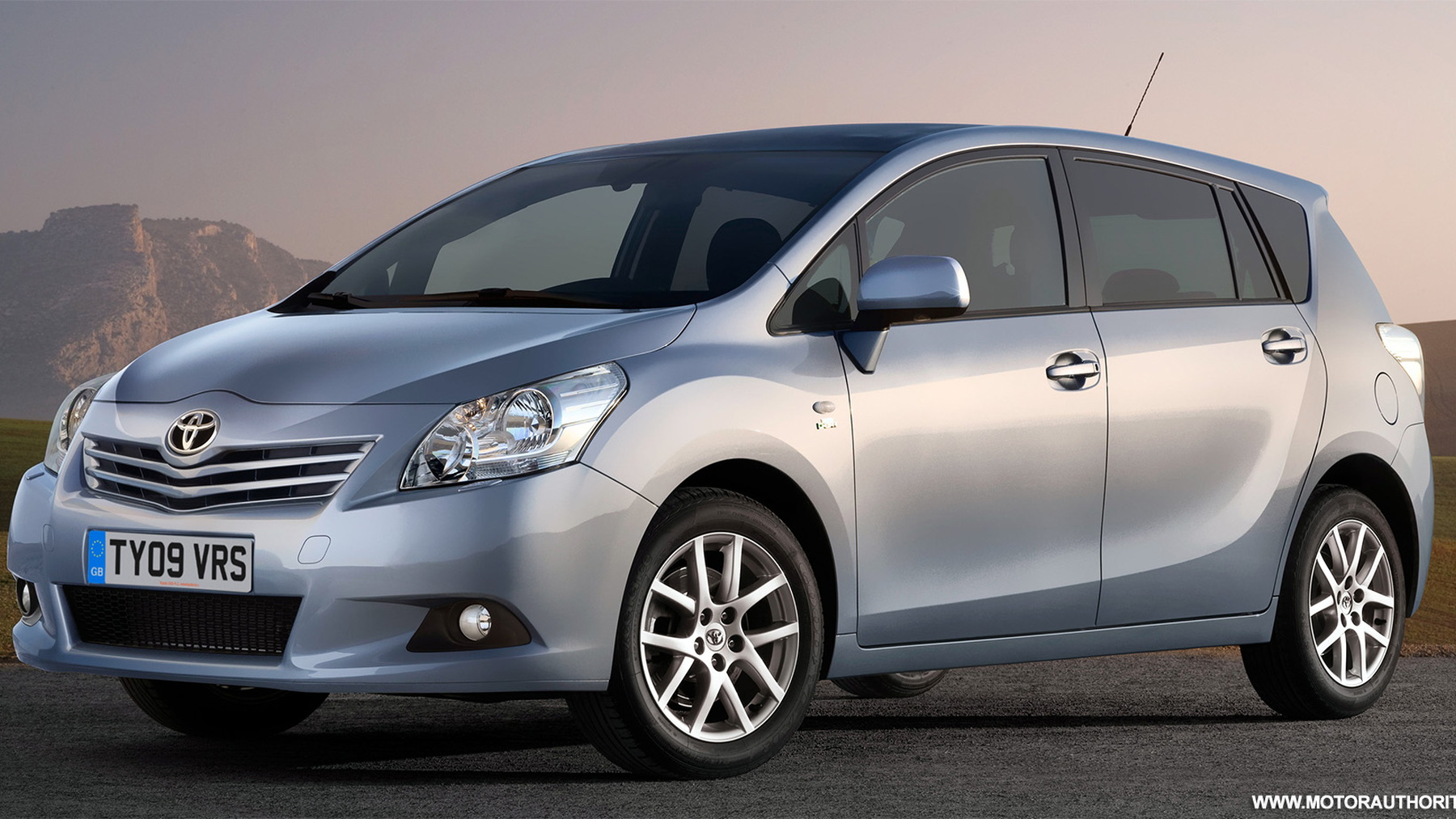 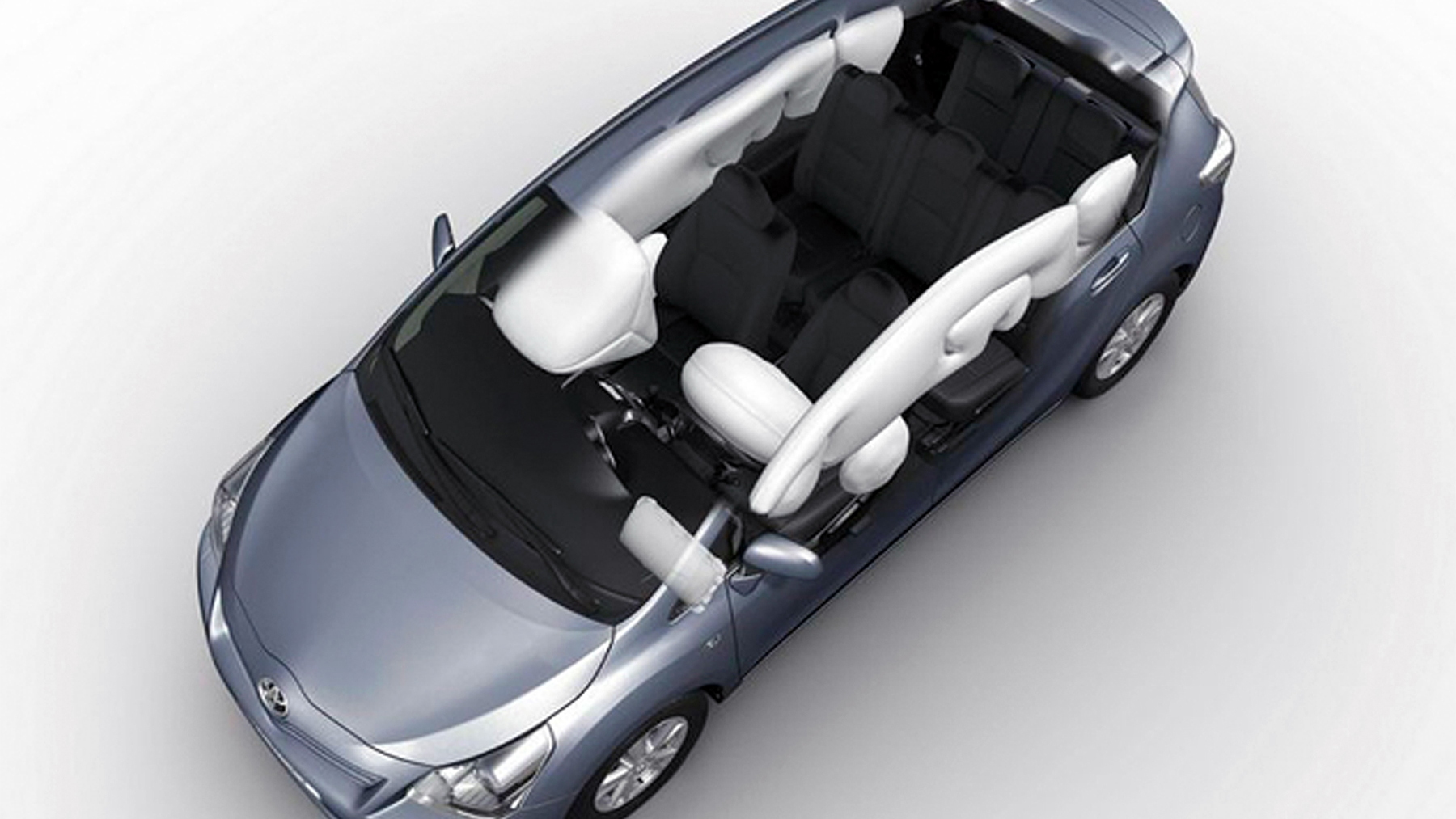 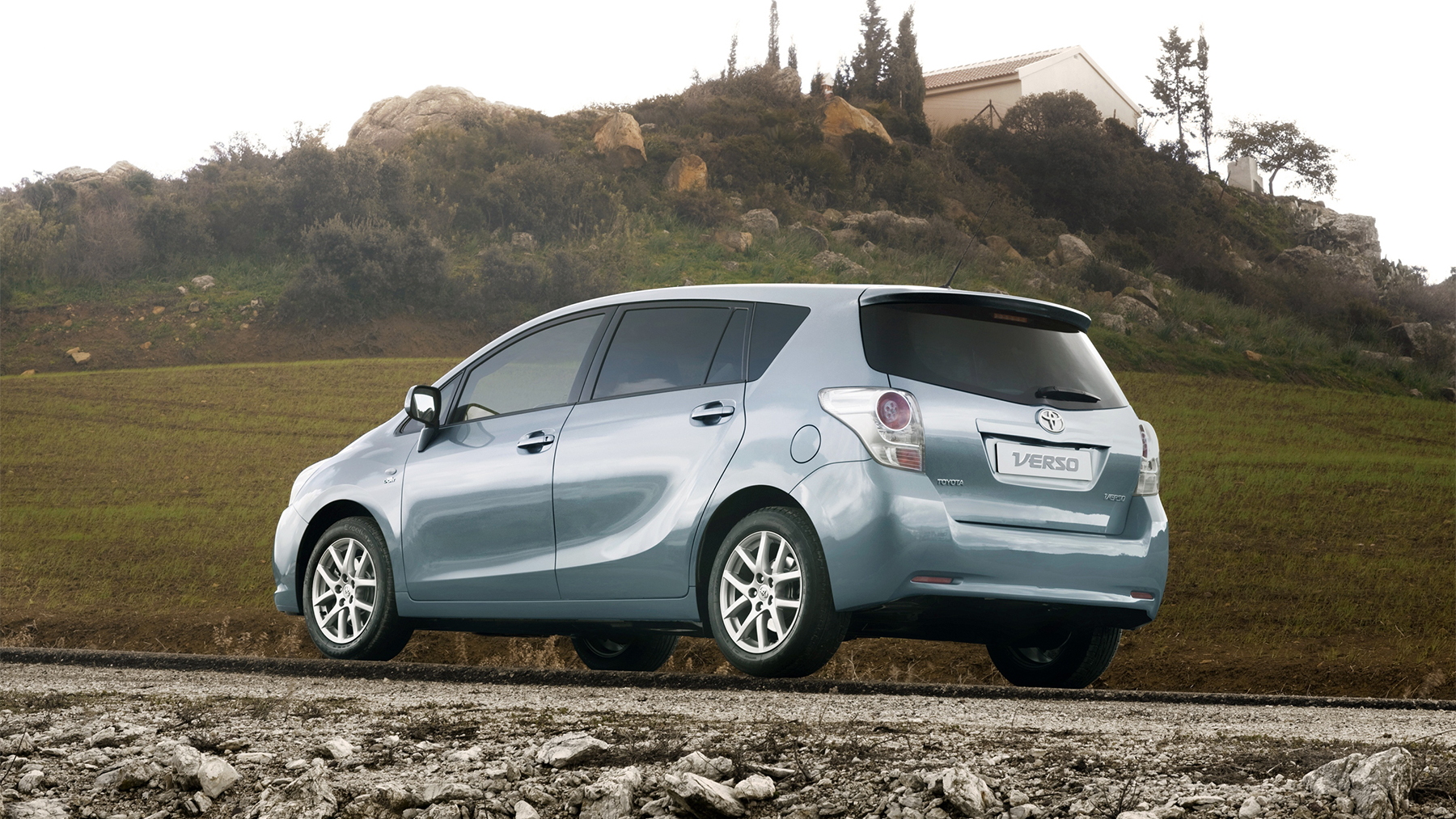 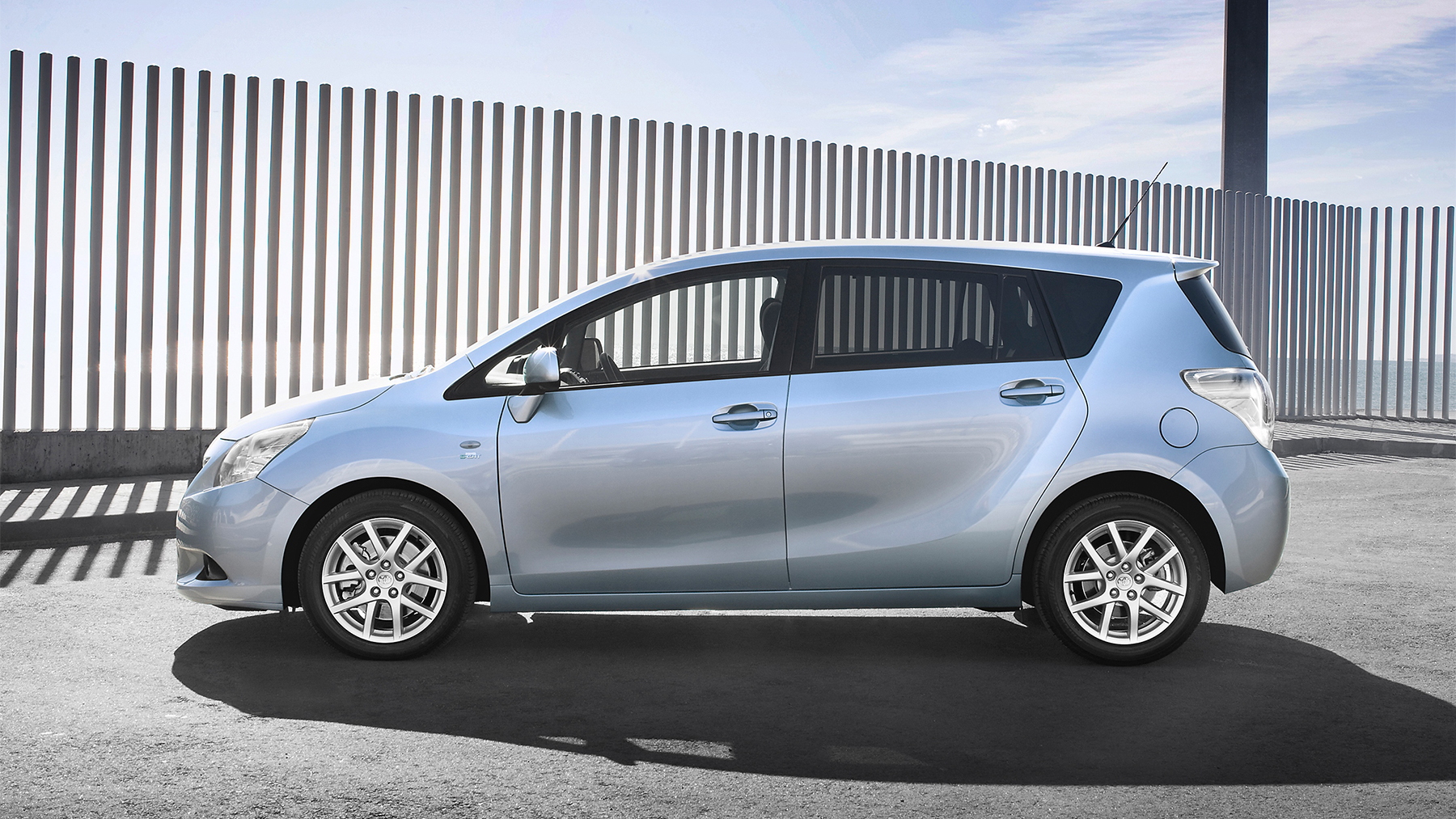 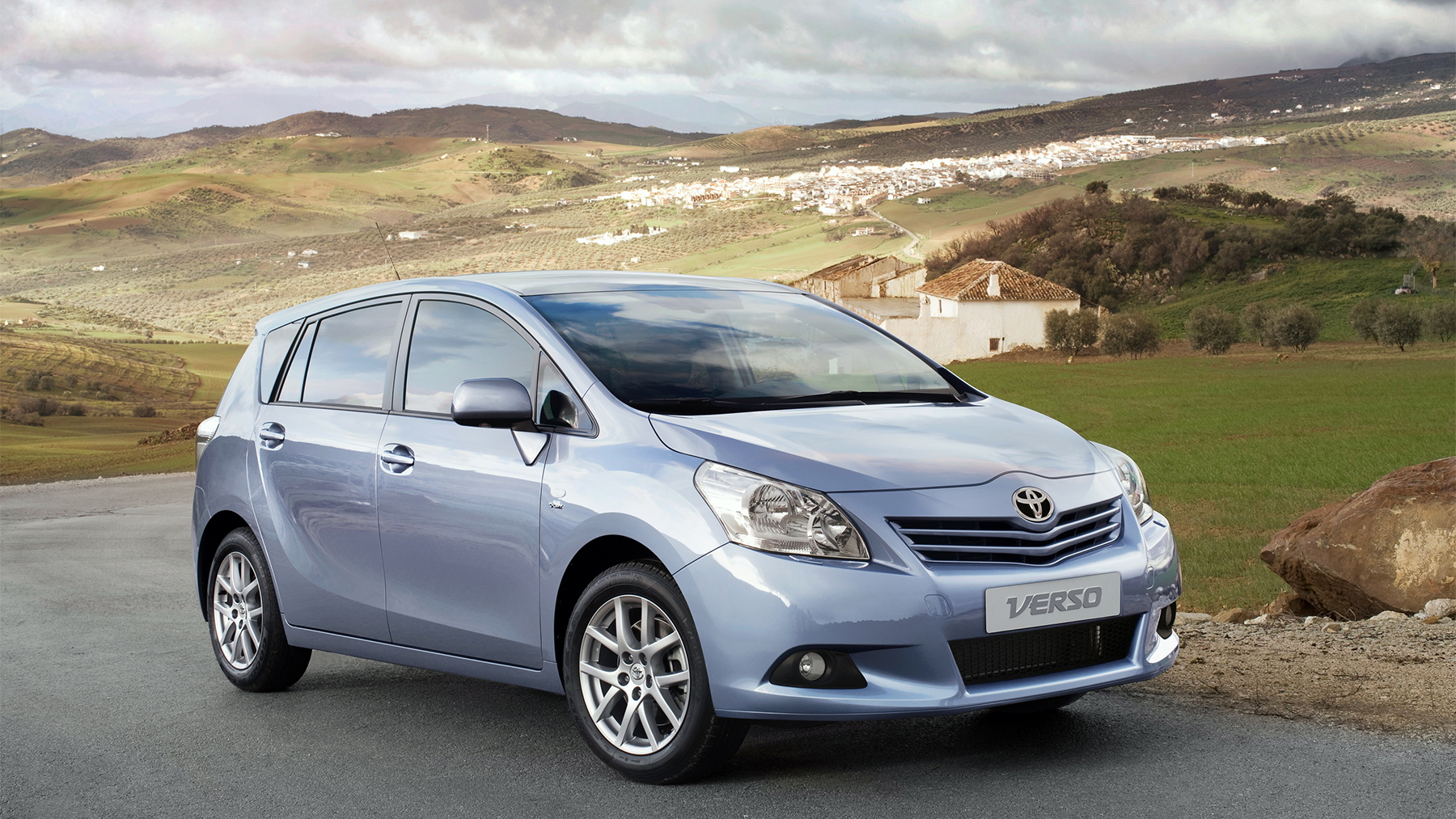 9
photos
Toyota will be updating its European lineup with the debut of the all-new Verso MPV at next week’s Geneva Motor Show. The vehicle is loosely based on the U.S. market Matrix but offers more space, comfort and practicality, and benefits from the latest occupant and pedestrian safety features.

Changes to the outgoing model include a 20% increase in power and torque for most engines, as well as a 12% reduction in carbon-dioxide emissions and fuel-consumption. The powertrain lineup includes 1.6 and 1.8L Valvematic petrol units, mated to either a six-speed manual or new Multidrive S CVT, as well as the 2.0L D-4D turbodiesel - all three available at launch. Later in the year a 2.2L D-CAT turbodiesel with a new six-speed automatic transmission will join the lineup.

To improve interior space, the new Verso has been stretched up to 70mm in length and 20mm between the axles. Aerodynamic enhancements ensure the bigger Verso maintains a relatively slippery 0.29Cd coefficient of drag. Styling follows what Toyota terms, "Smart Wave Dynamism," a wave-inspired theme that mates organic elements with a clear division of the cockpit into driver and passenger areas.

Titanium-look inserts are featured on the door handles, steering wheel and center console with a blend of soft-touch technical grain plastic for the upper dashboard, with leather grain effect on the darker, lower section, which Toyota claims 'accentuates the sense of space inside the cabin.' Other features and options that will be available according to trim package include Bluetooth, manual or climate control air conditioning, a cooled glovebox, cruise control, 16in or 17in alloy wheels, rain and dusk sensors for the wipers and headlights, full map satellite navigation with a 10Gb hard disk drive and rear parking monitor and panoramic sunroof.

The Verso has also been designed to accommodate up to seven adults, with three row-seating and Toyota’s new ‘Easy Flat-7’ storage system. Easy Flat-7 is essentially a folding seat system that allows each of the five seats in the last two rows to be lowered individually to increase storage space. The vast array of possible seat configurations (32 in all) offers a flexibility not found in typical seat arrangements. With all seats laid down to maximize storage capacity, a total of 178L of space is available.

Despite being small and budget-conscious, the Verso is also keenly aware of safety requirements. Standard equipment includes ABS, VSC and brake assist, plus seven airbags including third-row passenger protection. The goal is a five-star EuroNCAP crash test rating - a goal that should be well within reach, considering the strong showing of the iQ in the latest round of tests under the new EuroNCAP standard.