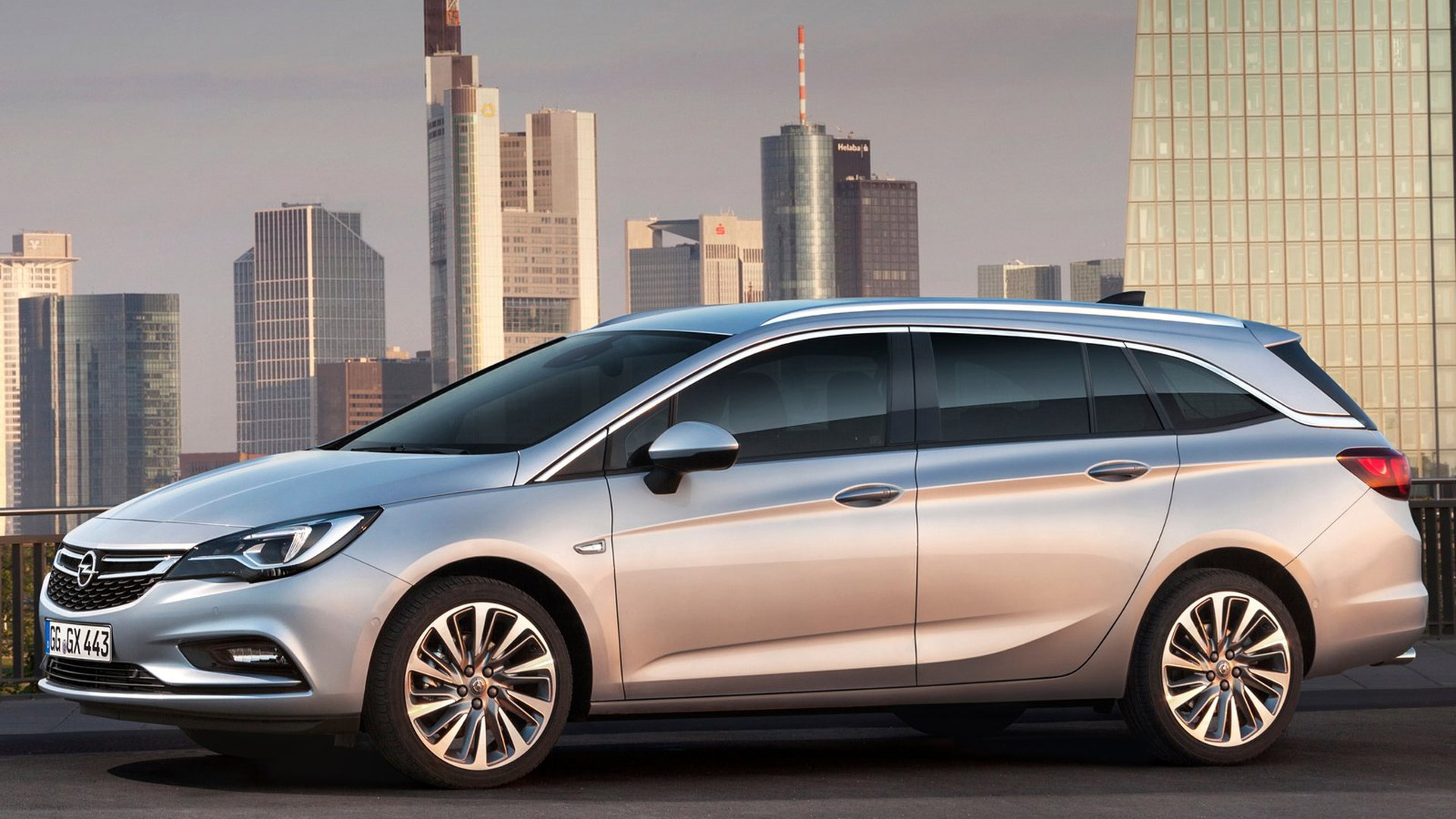 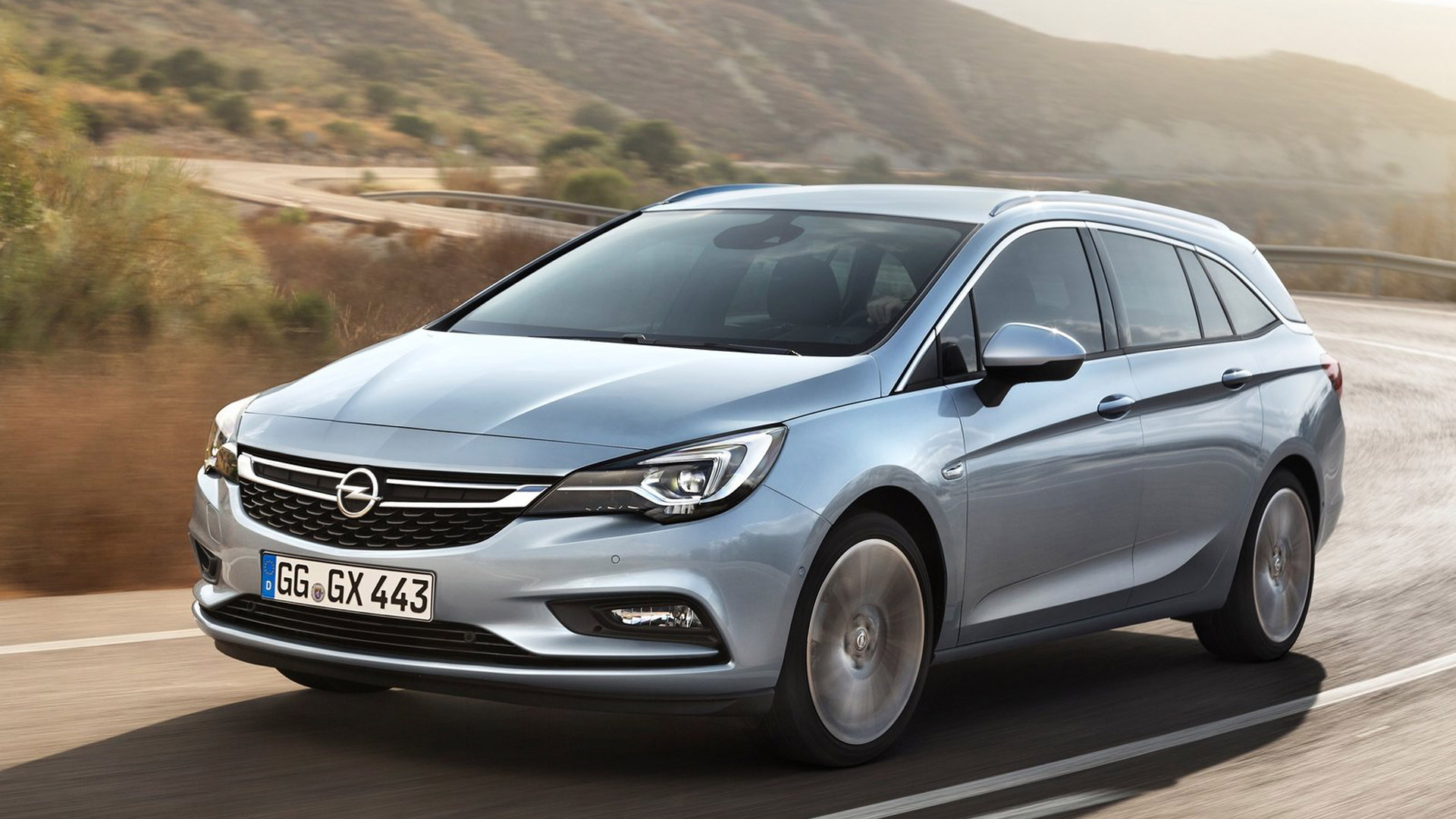 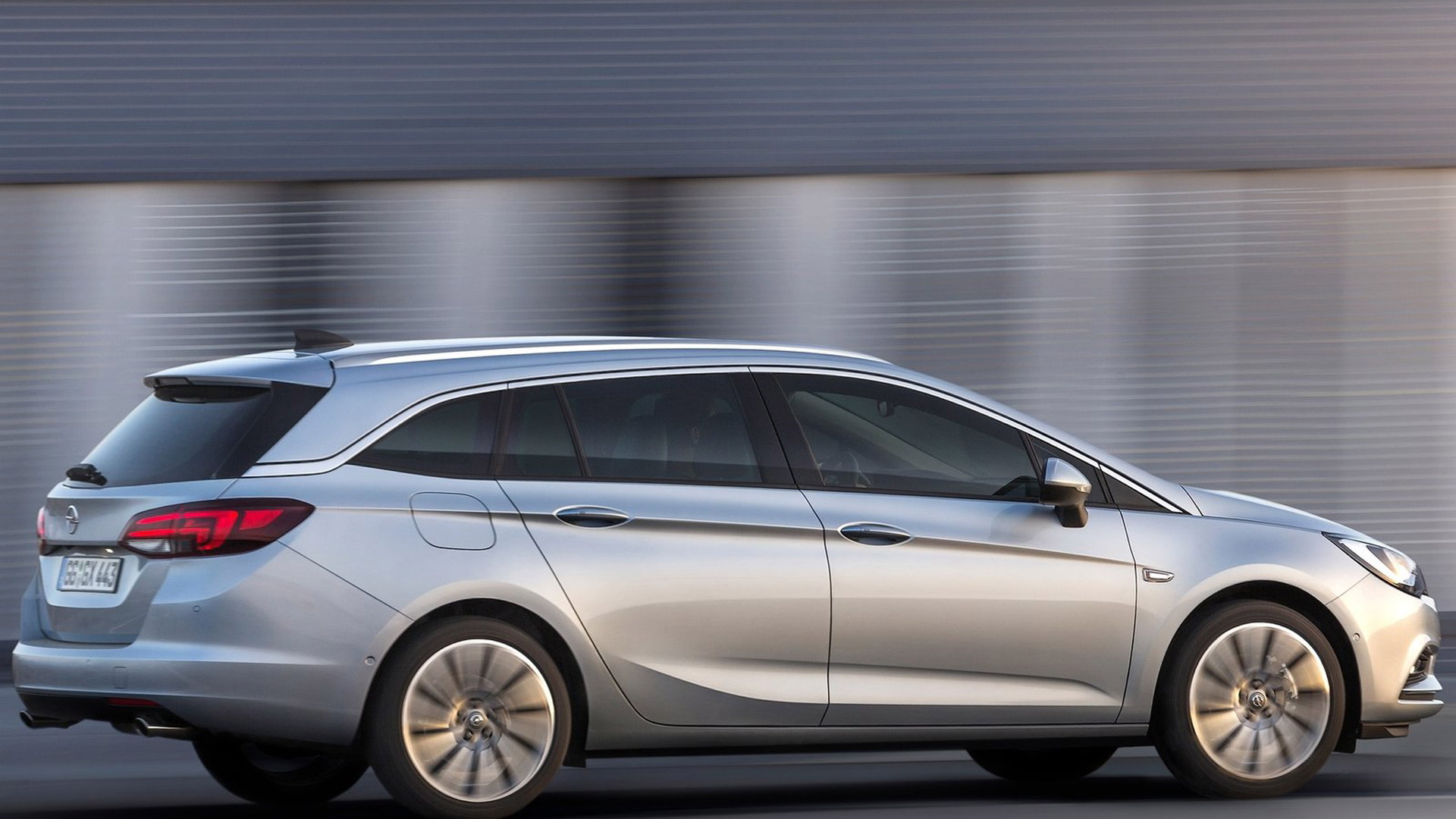 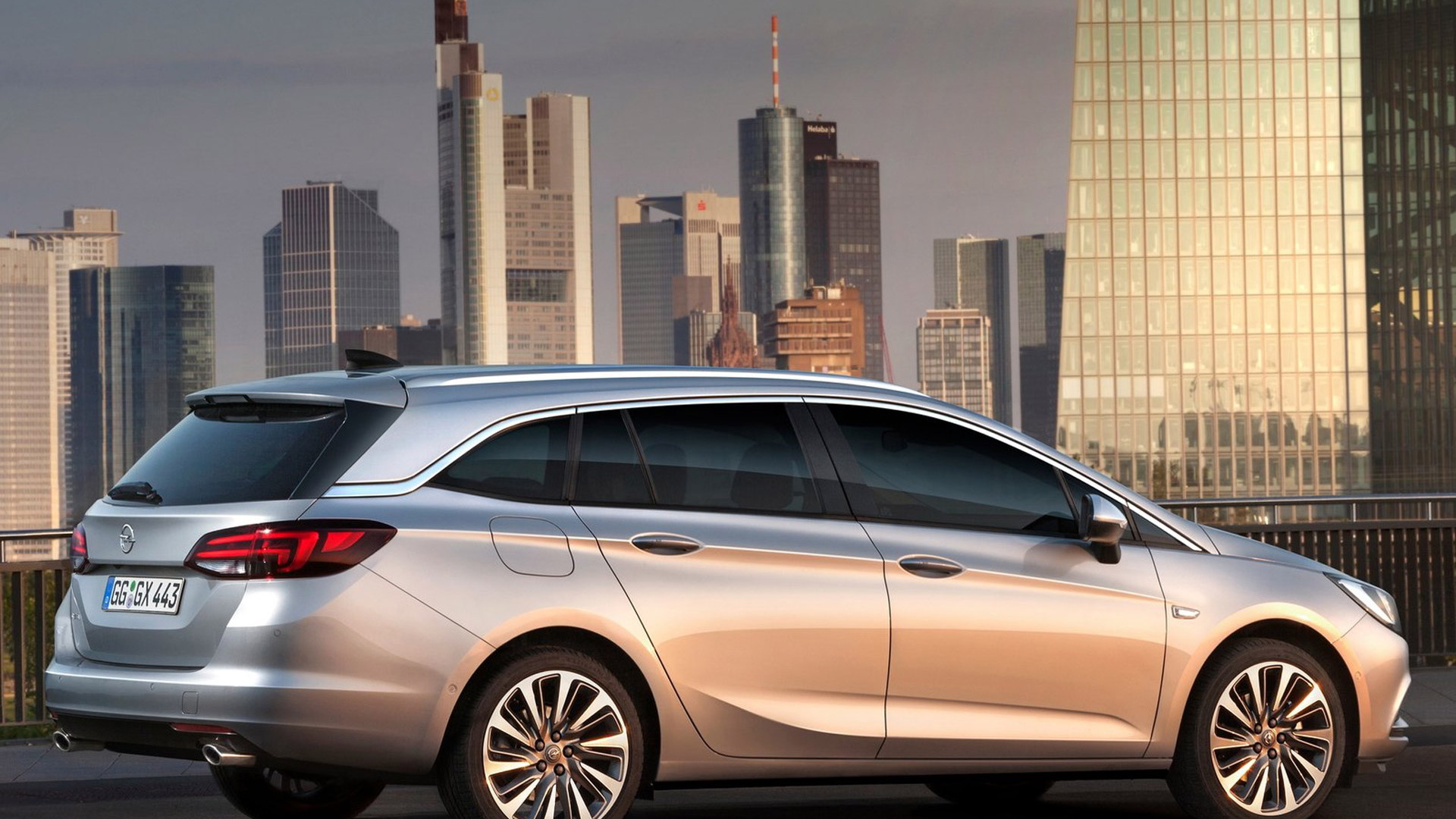 Opel’s new Astra compact hatch will be joined by its Sports Tourer wagon variant at the official debut next week at the 2015 Frankfurt Auto Show. We saw the new hatch for the first time back in June and now we have our first look at the wagon. Other additions to the new Astra range should include a coupe and sedan.

But getting back to the wagon, the stylish long-roof benefits from the handsome looks and lightweight construction of the latest-generation Astra hatch. Thanks to increased use of high- and ultra-high-strength steels in the construction, engineers have managed to get weight down to just 2,784 pounds for the lightest variant—and that’s with an average-sized driver onboard. It represents a weight saving of around 286 lbs compared to the outgoing model.

The Astra Sports Tourer measures in at 15.4 feet in length and offers up to 57 cubic feet of storage. To help with loading, the rear seats can be folded and the tailgate can now be opened and closed by simply waving a foot below the rear bumper.

The engine lineup consists of General Motors Company’s [NYSE:GM] next-generation Ecotec units. The engines, available in gasoline and diesel flavors, are smaller than previous Ecotec designs but produce more power thanks to turbocharging and direct fuel injection. The smallest is a three-cylinder engine displacing 1.0 liter while at the other end of the spectrum there is a 1.6-liter four-cylinder unit. Outputs range from 95 to 200 horsepower.

Inside, there’s a modern dash design loaded with connectivity features. These include the OnStar telematics service as well as a Buick-style IntelliLink infotainment system compatible with Apple CarPlay and Android Auto smartphone integration.

“Our new Astra Sports Tourer and our new Astra hatchback—they are two sides of the same coin,” Opel CEO Karl-Thomas Neumann said in a statement. “Both represent a quantum leap for Opel and for the compact class.”

The Frankfurt Auto Show gets underway Tuesday, September 15. To see what else will be at the show, head to our dedicated hub.