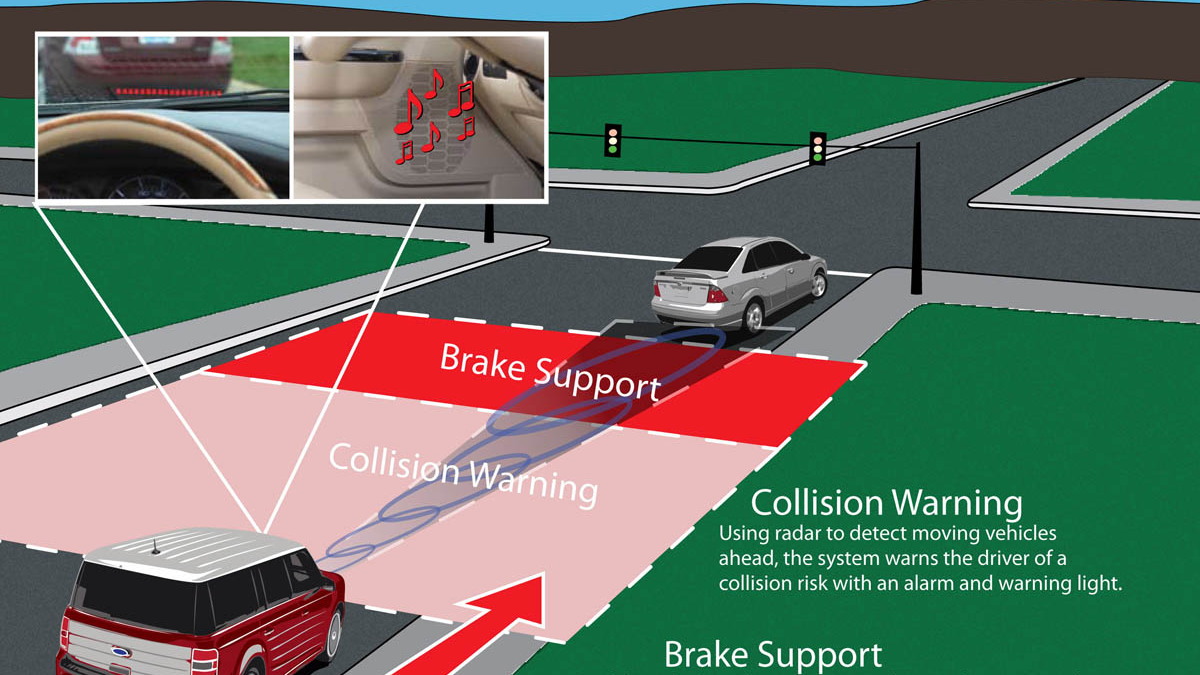 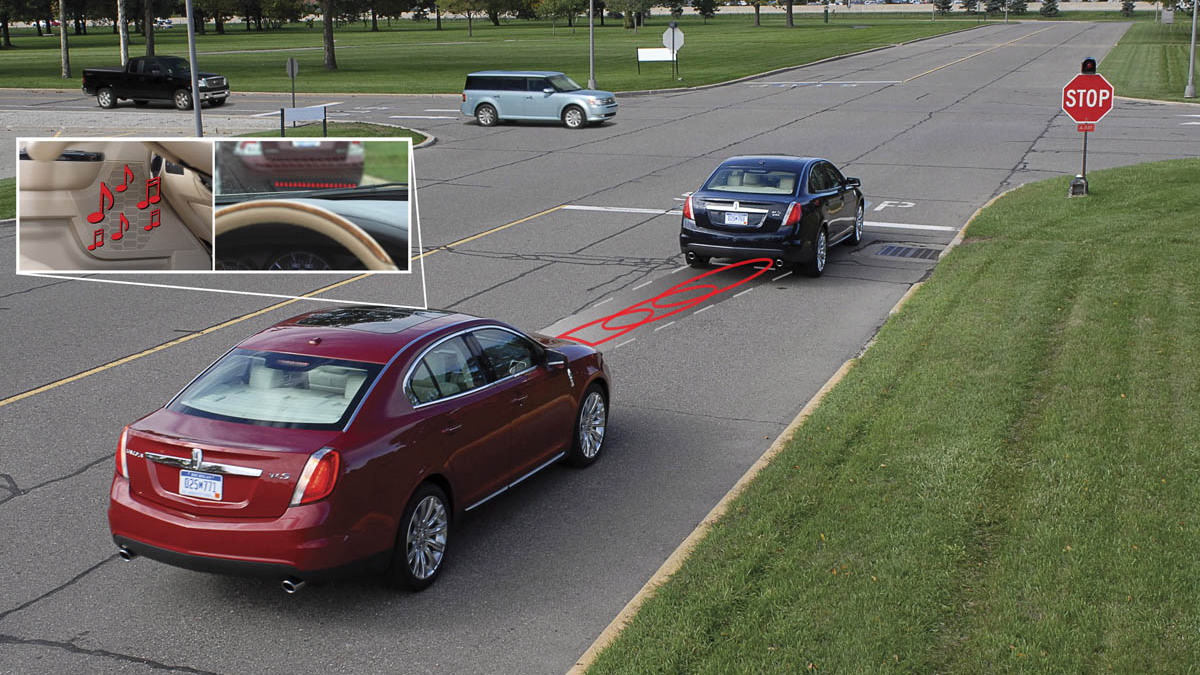 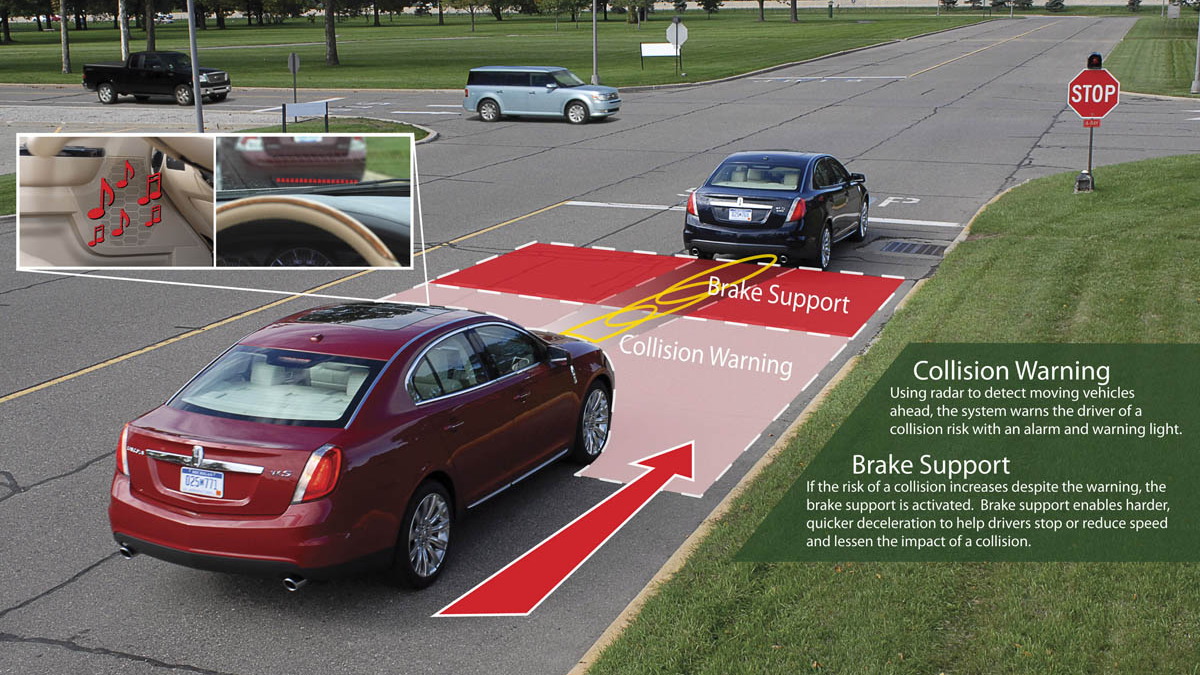 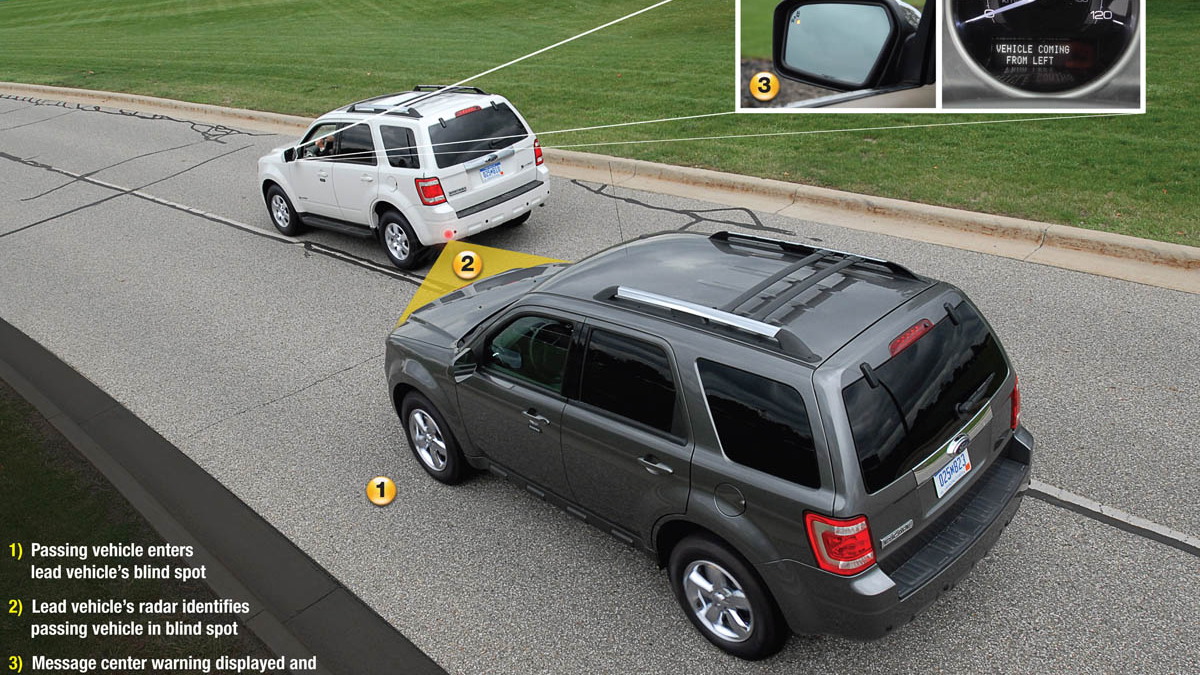 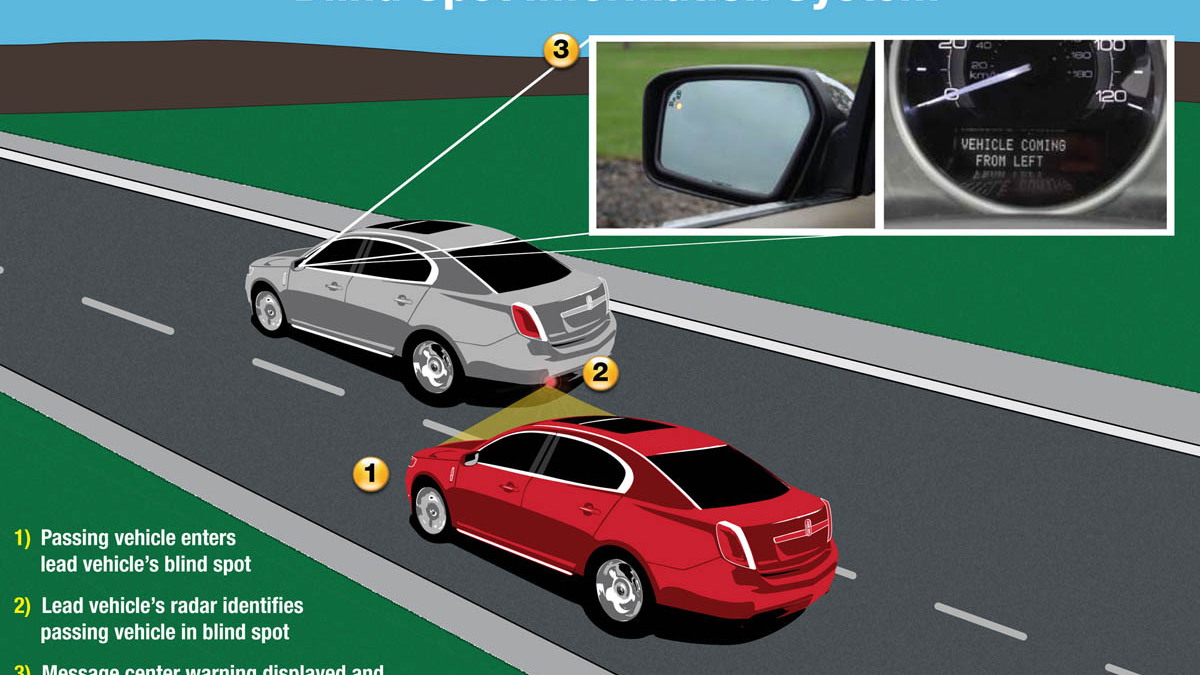 10
photos
Driver-assist technology is developing more quickly than ever, and it's no longer the domain of extremely high-end executive sedans or one-off showpieces. As these driver aids trickle down to mainstream production cars, however, the spectre of automated cars and reduced driver responsibility begins to rear its head.

Set for arrival in 2009, Ford has developed a new radar-based active collision avoidance system that combines auditory warnings with assisted braking to help reduce the incidence and severity of accidents. By pre-charging the brake system and engaging an electronic brake assist system, Ford hopes the new Brake Support feature will help more drivers to avoid rear-end accidents. The Collision Warning portion of the system uses radar to detect moving vehicles and stationary objects ahead of the driver, and emits an alarm when the computer deems it appropriate.

The collision warning system also projects a red warning light directly onto the windshield, above the instrument panel, to ensure the driver is aware of the situation without reducing visibility of or attention to the road.

Ford is launching the new Collision Warning with Brake Support system across several vehicles in its lineup. Also featured as active safety devices will be the new for 2008 adaptive cruise control and Blind Spot Information System with Cross Traffic Alert, which will be new for 2009 alongside the new collision warning system. Also demonstrated recently was the Ford Smart Intersection, which allows cars and intersections to communicate key information. The package of features, taken together, is a multi-faceted attack on driver inattention.

However, by providing substitutes for driver inattention, the result may be that drivers pay even less attention than they do now, lulled into a false sense of security by their technological aids. Ford is not alone in progressing down this road of enhanced safety, however: Nissan recently unveiled a prototype avoidance system based on the tactics of bees, and has previously pushed the envelope of intrusive driver aids with its implementation of the ECO Pedal.