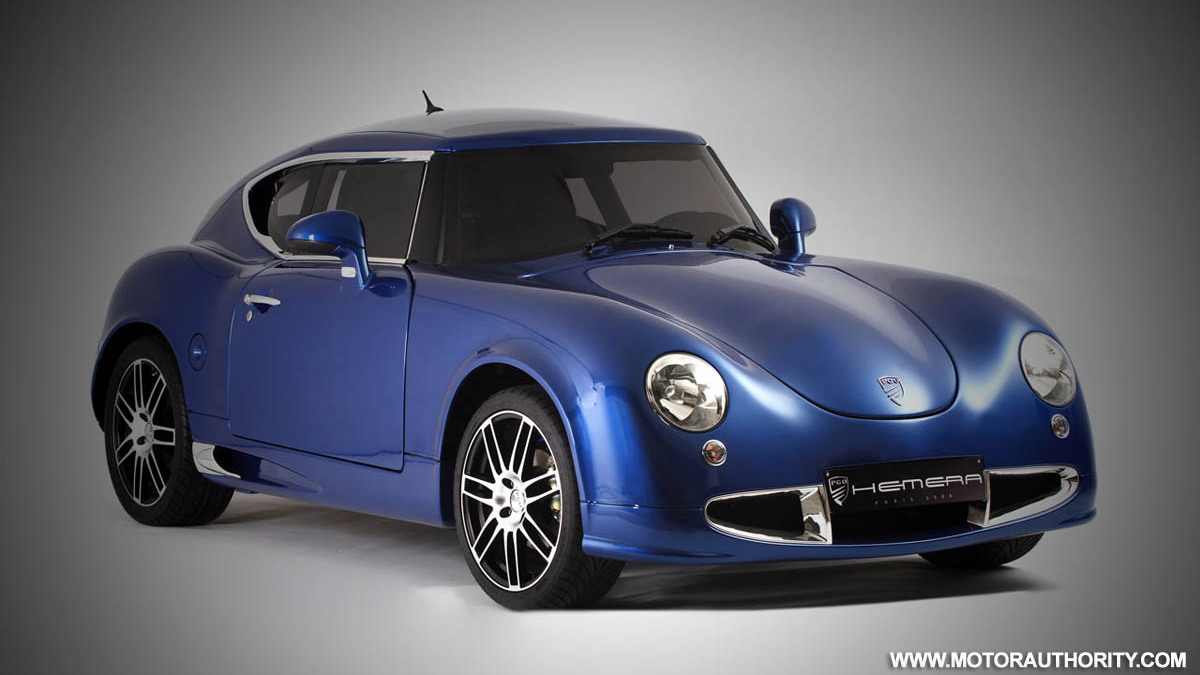 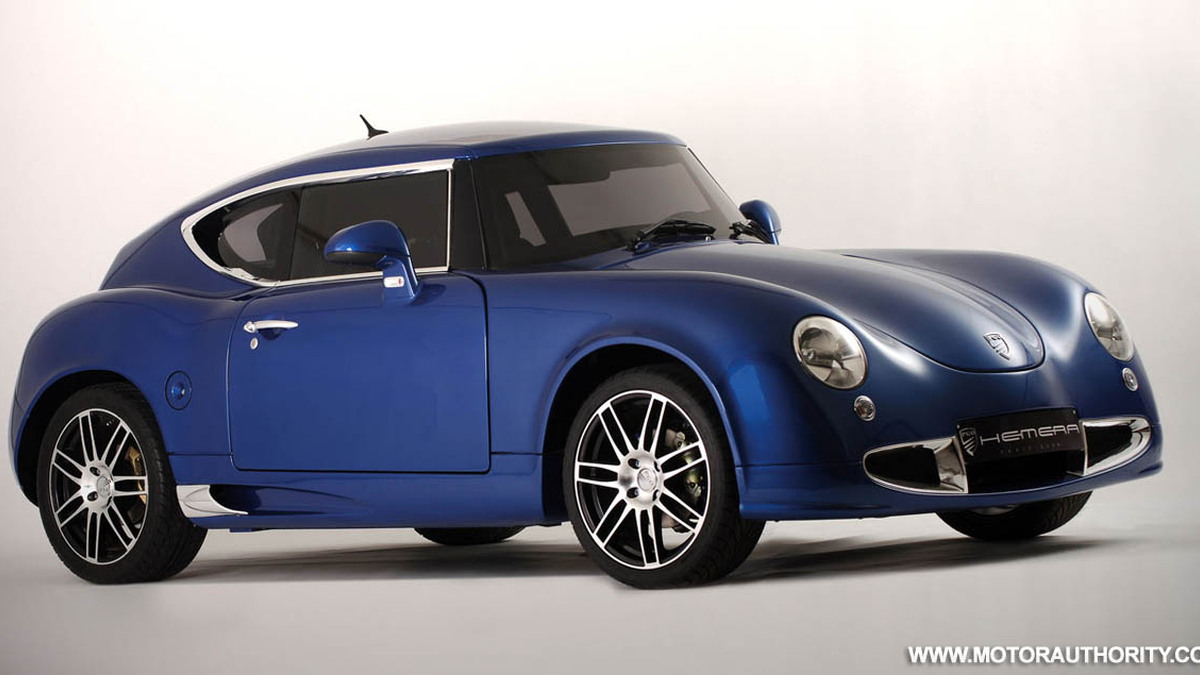 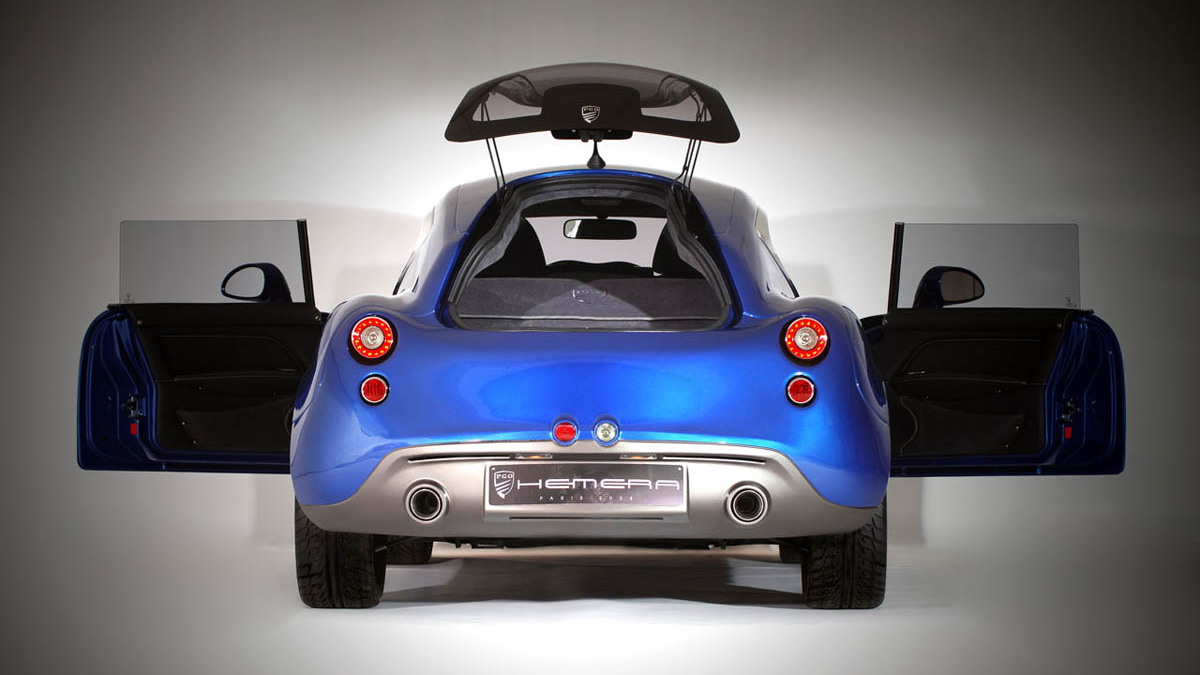 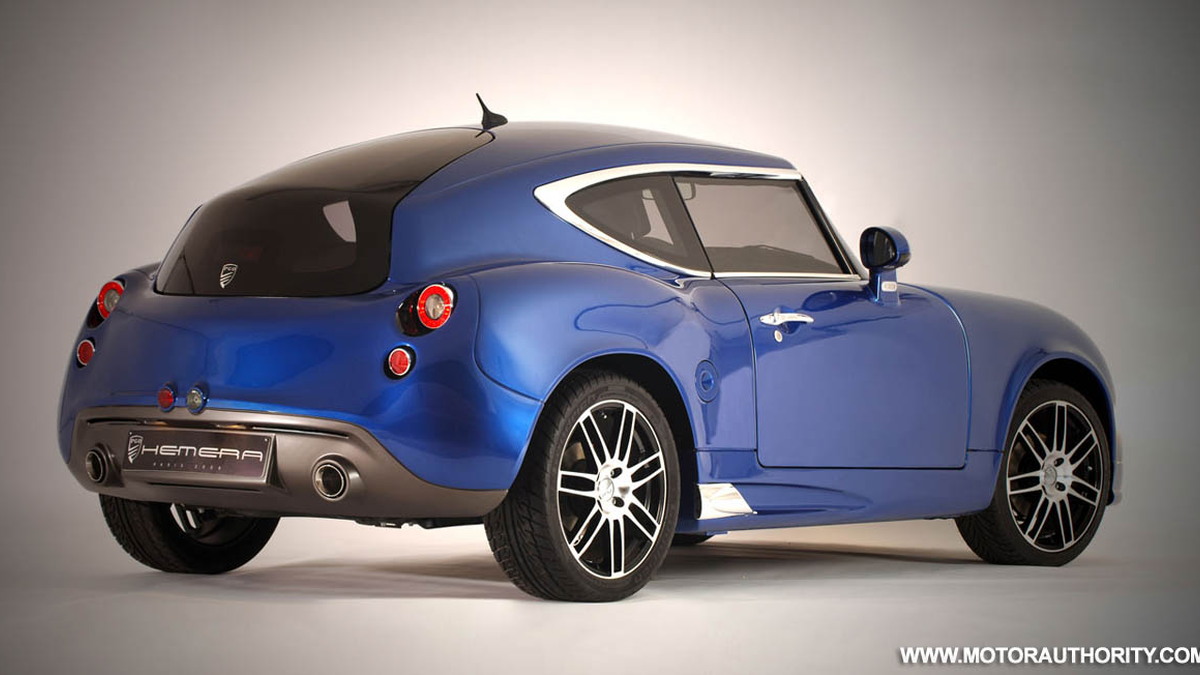 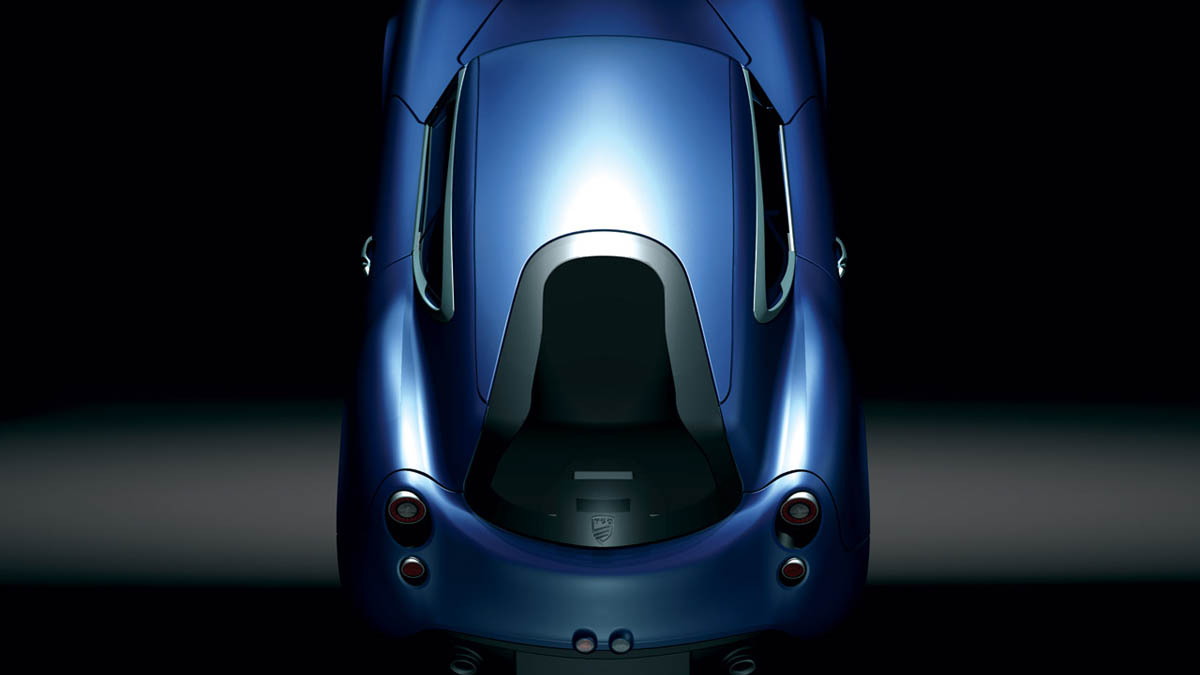 12
photos
France’s PGO has released a new set of images and details for its latest model, which made its debut recently at the Paris Motor Show. Like its previous creations, PGO has once again developed a compact sports car but this time designers have gone with a ‘shooting brake’ bodystyle.

Called the Hemera, the new model represents the first truly 'new' car from PGO in over ten years. It is powered by a 140hp (103kW) 2.0L mid-mounted Peugeot engine and sends drive to the rear wheels via a five-speed gearbox. The vehicle's internal structure consists of a tubular frame and a composite molded body shell, while the suspension features an independent McPherson setup with a with lower triangulated arm and transversal sway bar.

Performance figures include a top speed of 200km/h and a 0-100km/h sprint in less than seconds, achieved thanks to its relatively light weight of just 980kg. First sales are expected to start in Europe early next year.

PGO, despite its low-key status, has actually been around for over twenty years. The French company was founded by two driving enthusiasts who lent their initials to the company name, Prevot Gilles and Olivier, and started building cars in limited production during the early 1990s. In 1998 the company introduced the Speedster II, a neo-retro sports car with oodles of style and modern features, making it an attractive compromise between aesthetics and functionality. In 2005, the Speedster II was rehashed into a sportier and more modern body and called the 'Cevennes'.