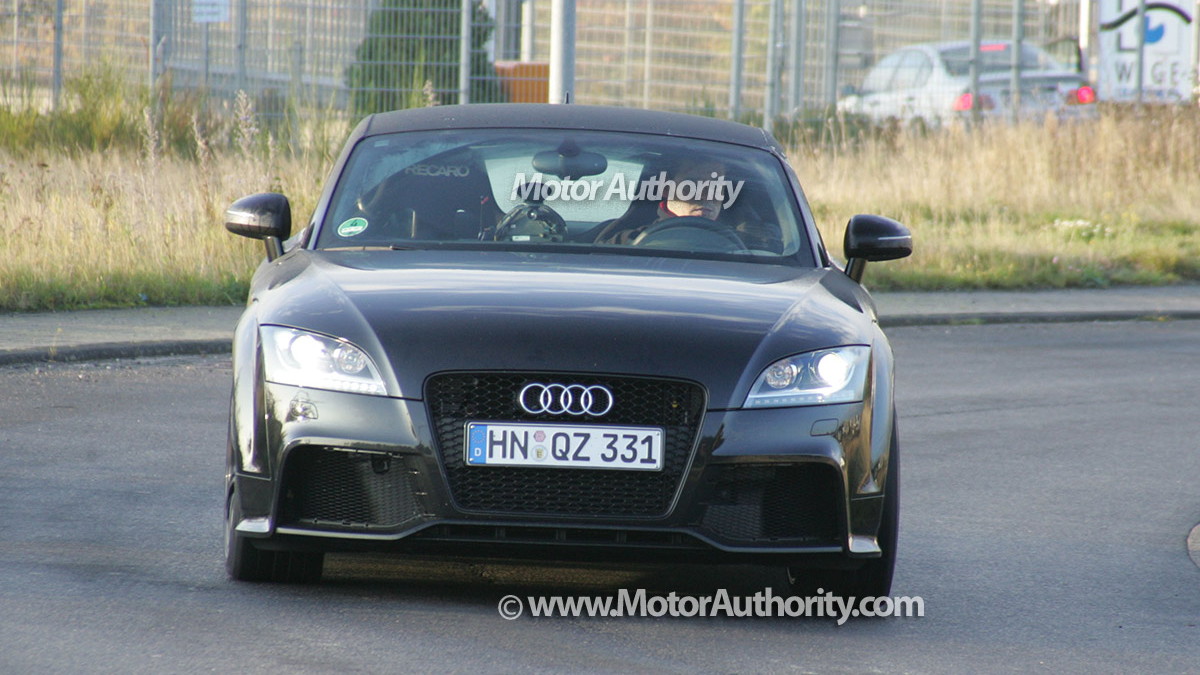 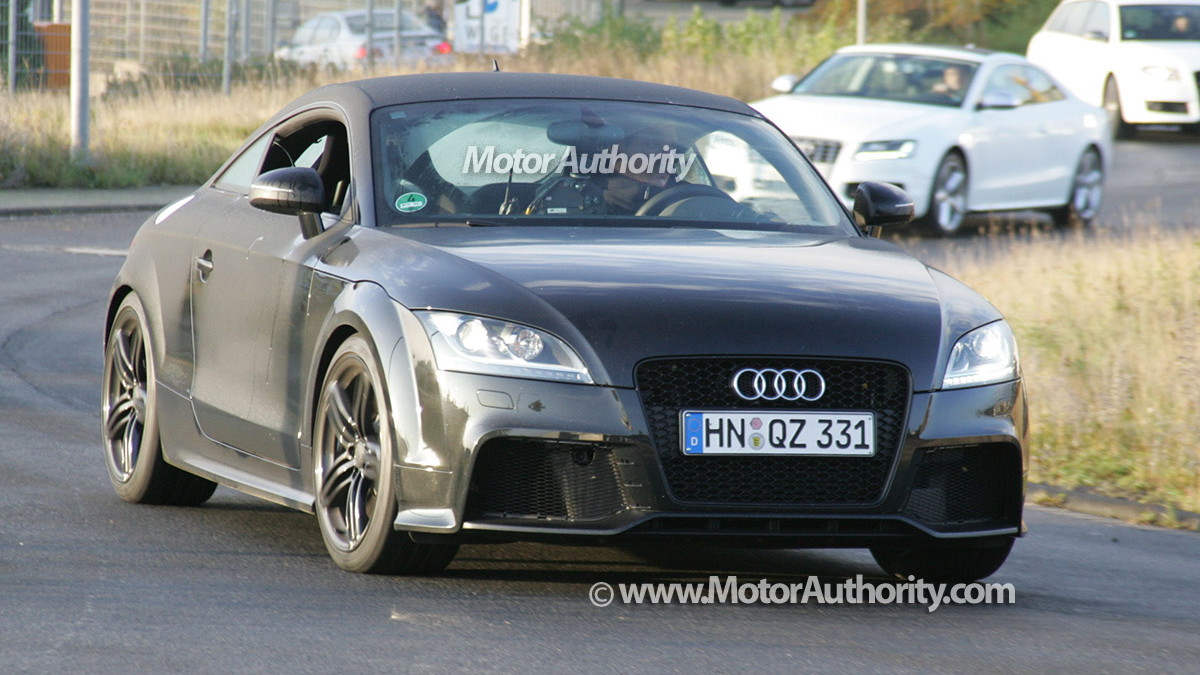 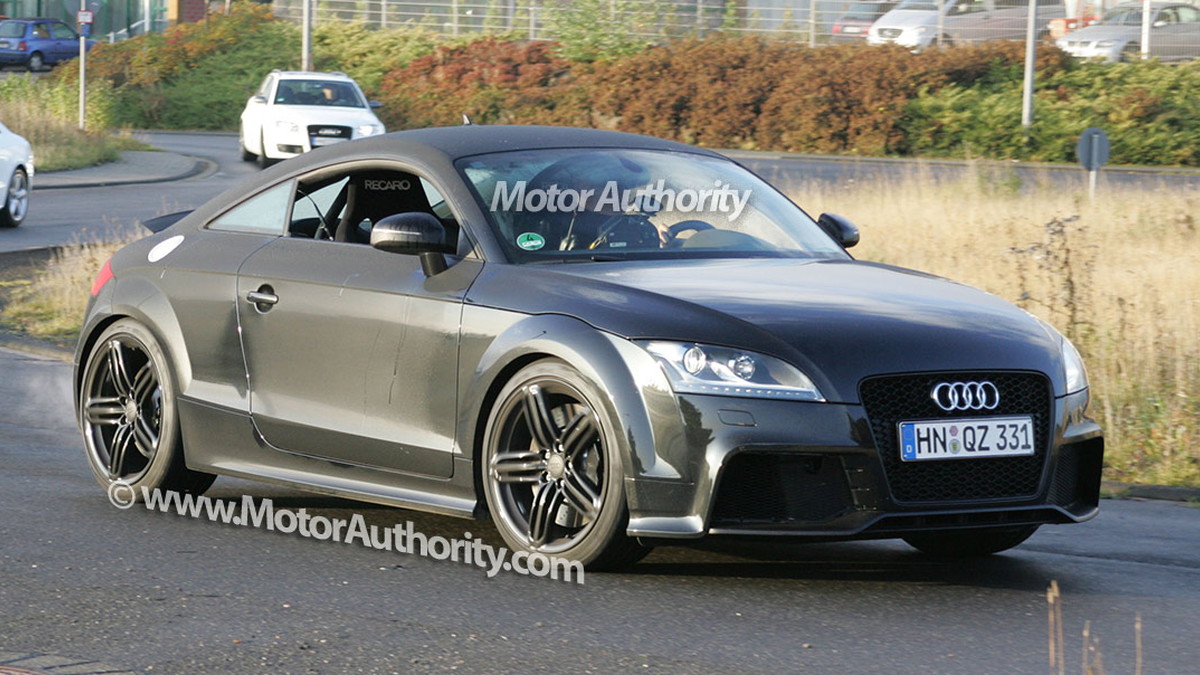 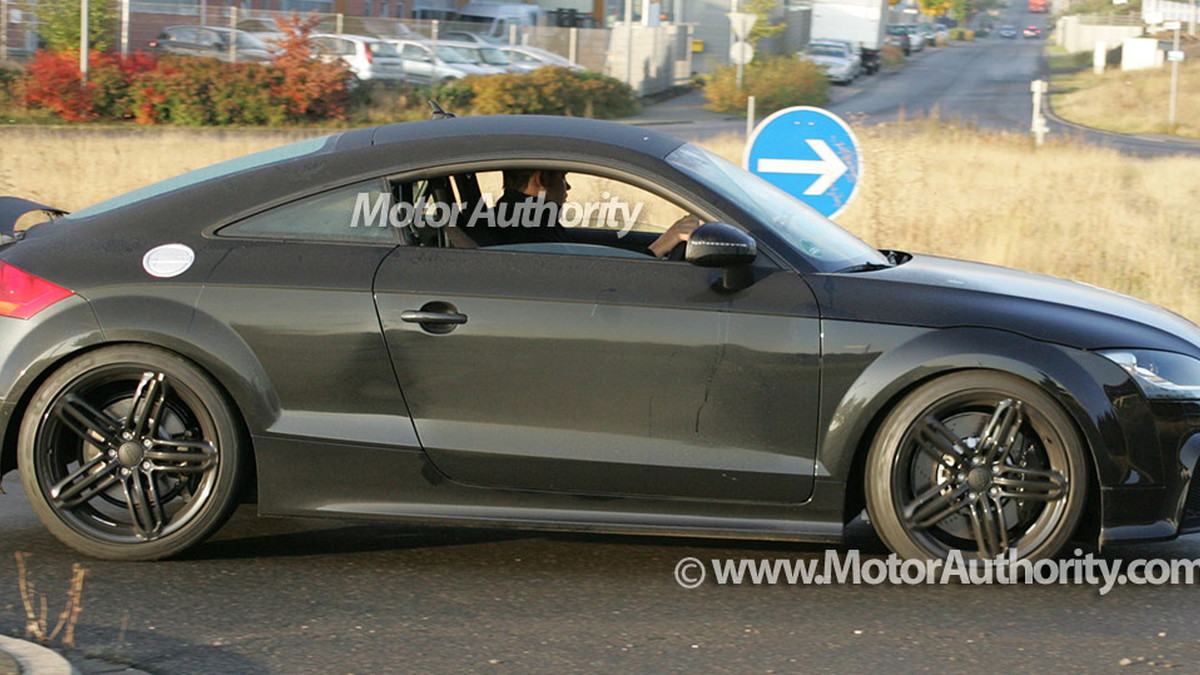 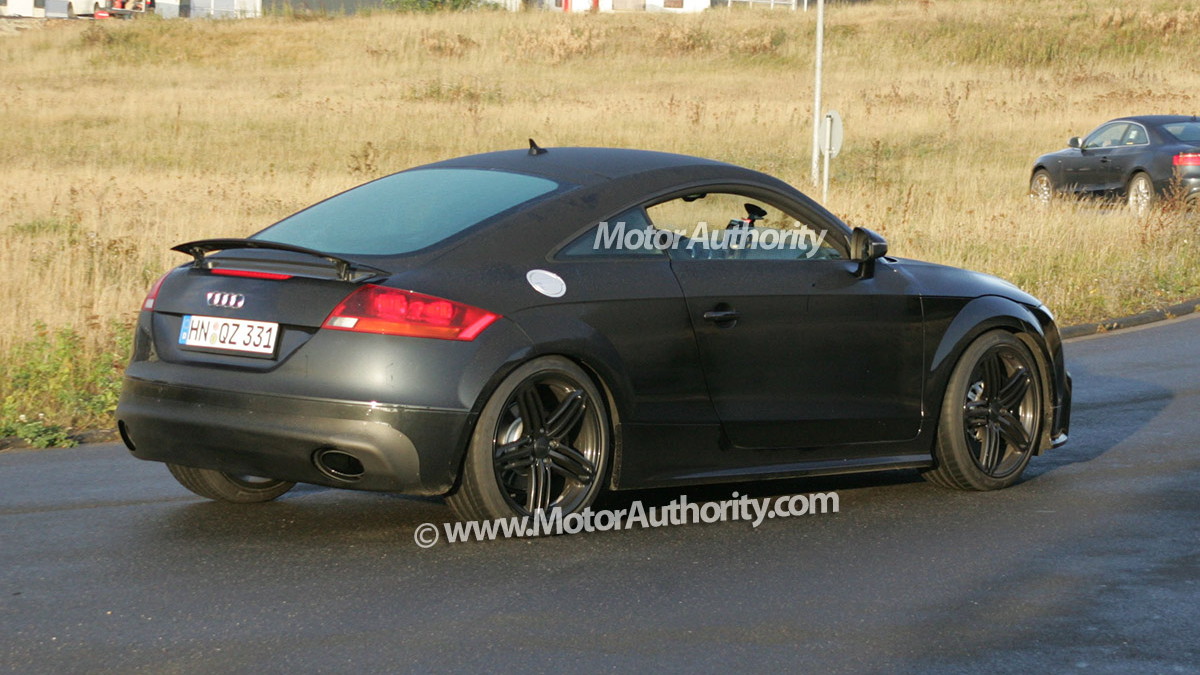 Audi took the wraps off its new TT-S range back at January’s Detroit Auto Show and then followed it up with the new TT 2.0L TDI diesel and entry-level 1.8L TFSI, however there’s one more TT variant in the works and it could potentially be the fastest production TT ever. The new car is the performance RS variant of the TT and the latest reports indicate that the TT RS will be a potent performer indeed, with 340hp (253kW) and 332lb-ft (450Nm) on tap.

The new details are reputed to originate in a leaked Audi memo to its dealers in Germany, and though it's unofficial, the figures appear to add up. Both the roadster and the coupe will feature the same power output, quattro AWD and a six-speed transmission - though it's not yet clear if it will be a dual-clutch unit or a traditional manual. Other features listed include 18" aluminum wheels with dual five-spoke design, twin-exit oval exhaust pipes, a fixed wing, matte aluminum headlight housings, and a unique interior with Alcantara and leather.

According to the memo, both variants of the car are scheduled for German launch in the third quarter of 2009, and each dealership will be initially allocated just one of either the Coupe or Roadster variants.The car was originally thought to be launched at the end of this year but its release date has since been pushed back because of the extra time required to further develop and test its all-new engine. Audi is also looking to use the same engine in a new RS variant of the A3 hatch as well. This model is expected to arrive soon after the launch of the TT RS.

The new engine will feature an inline-five design and is said to be only 6cm wider than the current four-cylinder 2.0L TFSI mill. This is because of the relatively small cylinder size of the new engine, which will reportedly total just 2.5L in displacement.

While the RS3 remains hidden, the upcoming TT RS and its Cabrio variant have been spotted in prototype form testing at Germany’s Nurburgring. Although engineers were using a TT-S shell for the coupe, key features such as the oversized cross-drilled brake discs, upgraded calipers, electronically controlled rear-spoiler and carbon-fiber elements suggest the test car is an even sportier model. The TT RS Cabrio is believed to be closer to the car's final look, though it too remains in developmental status for the present.