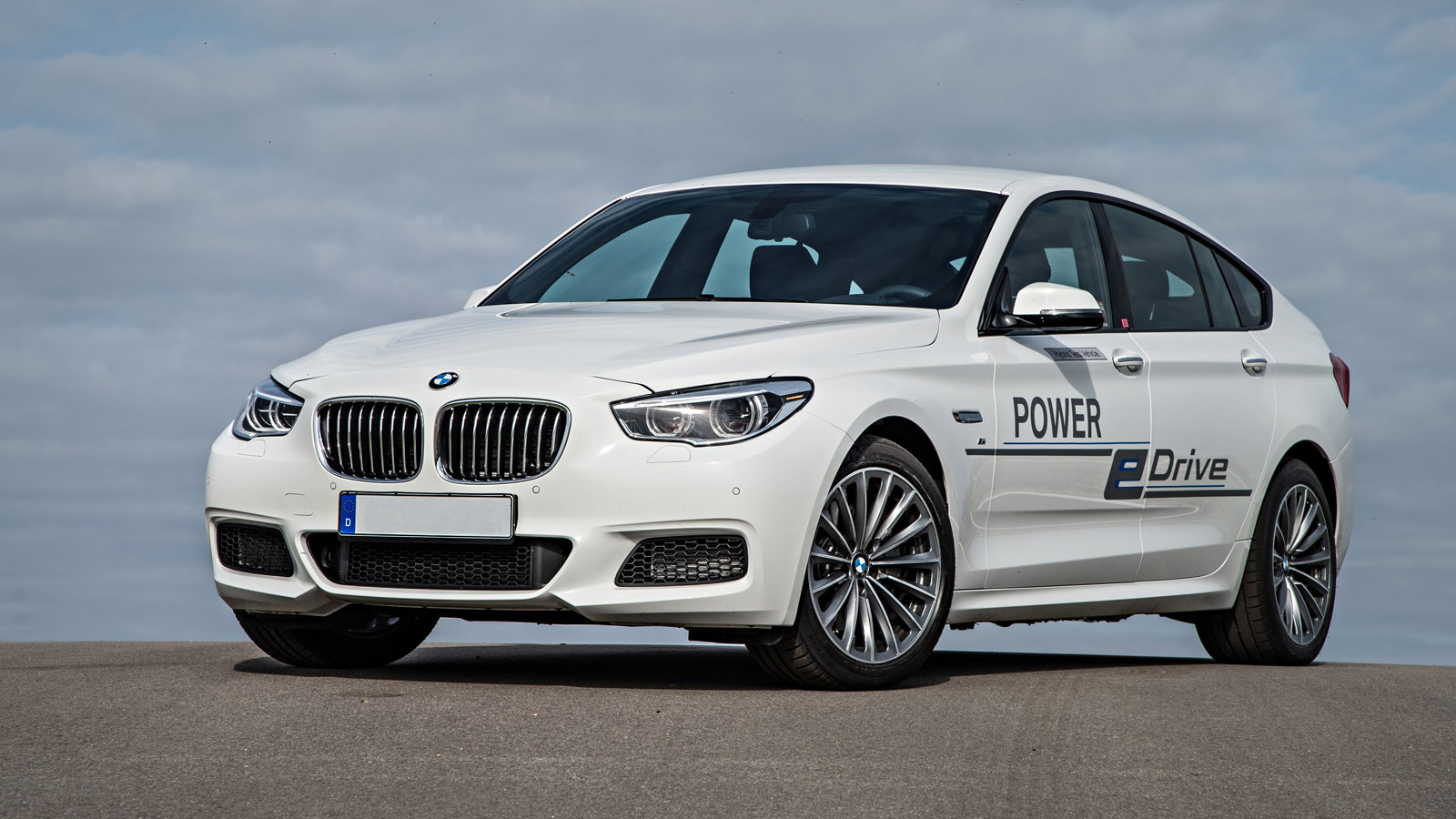 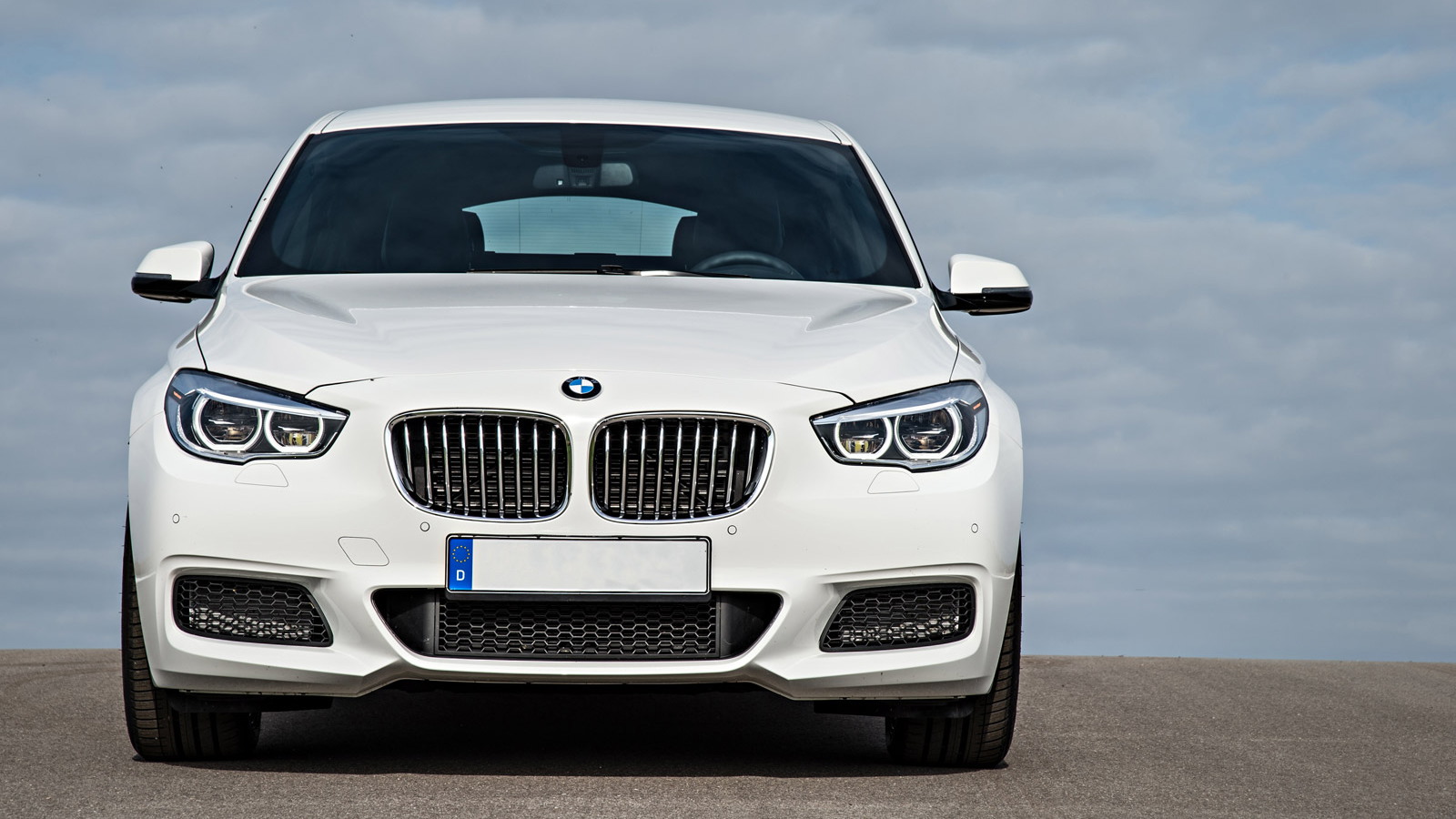 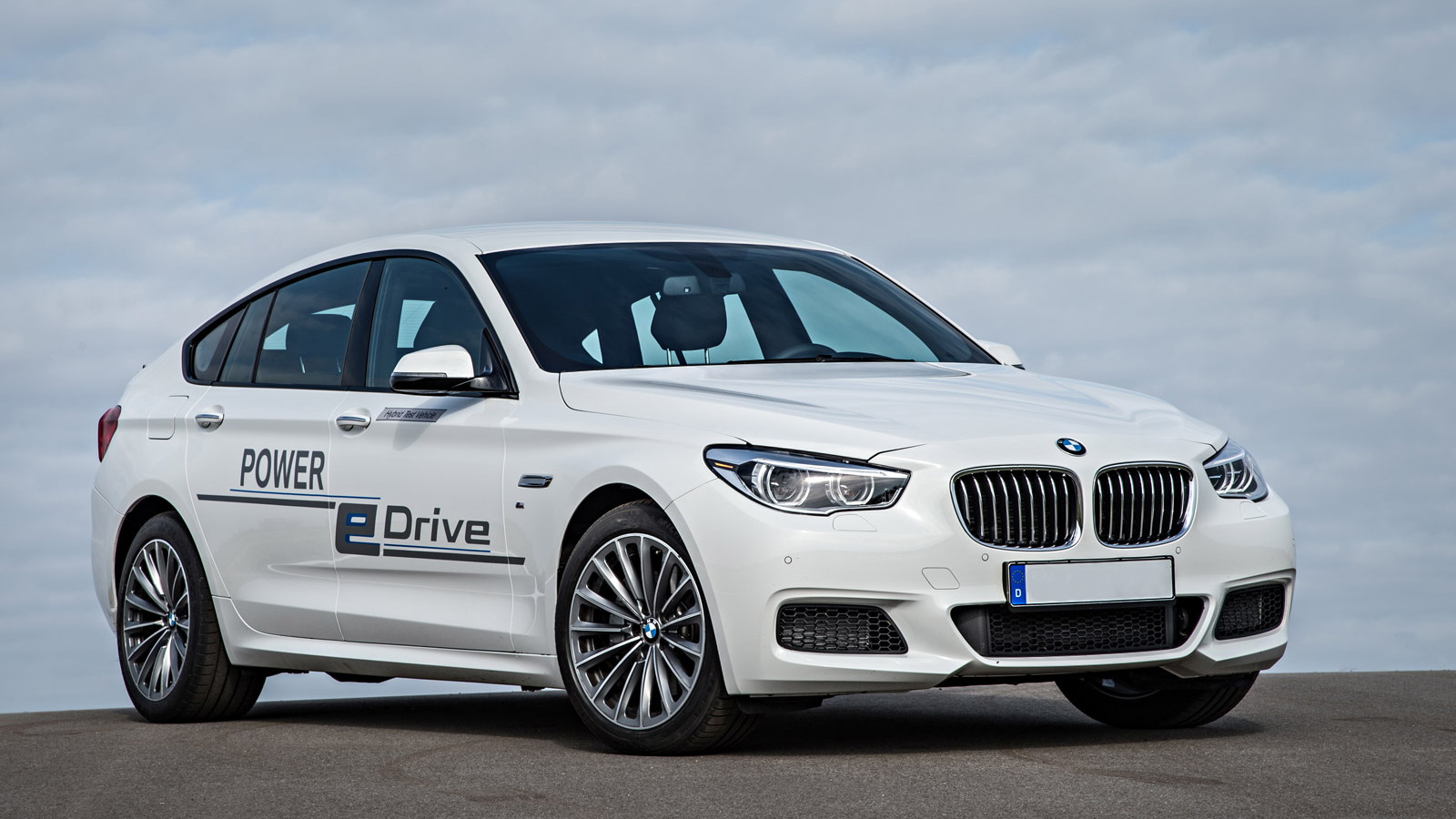 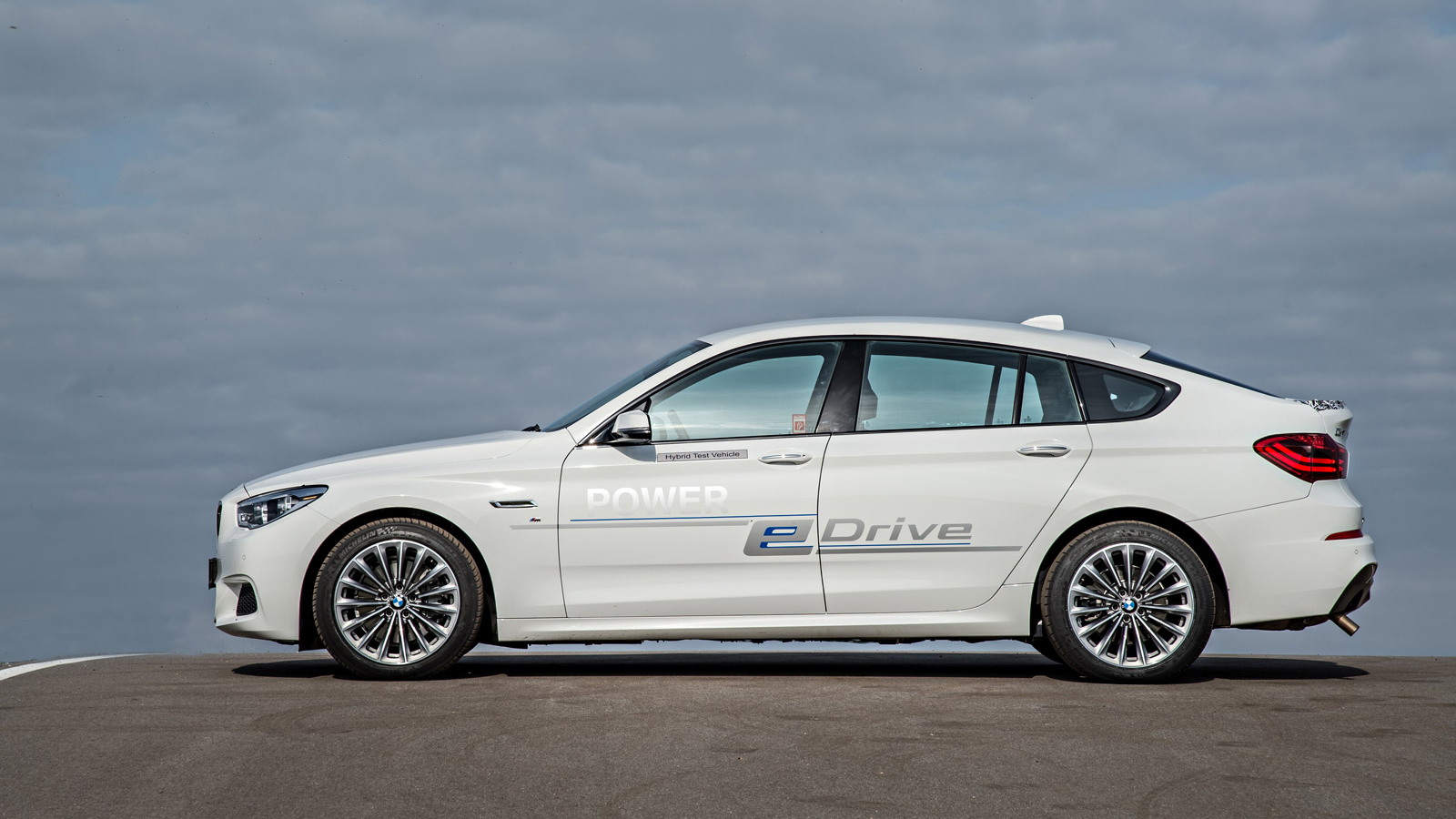 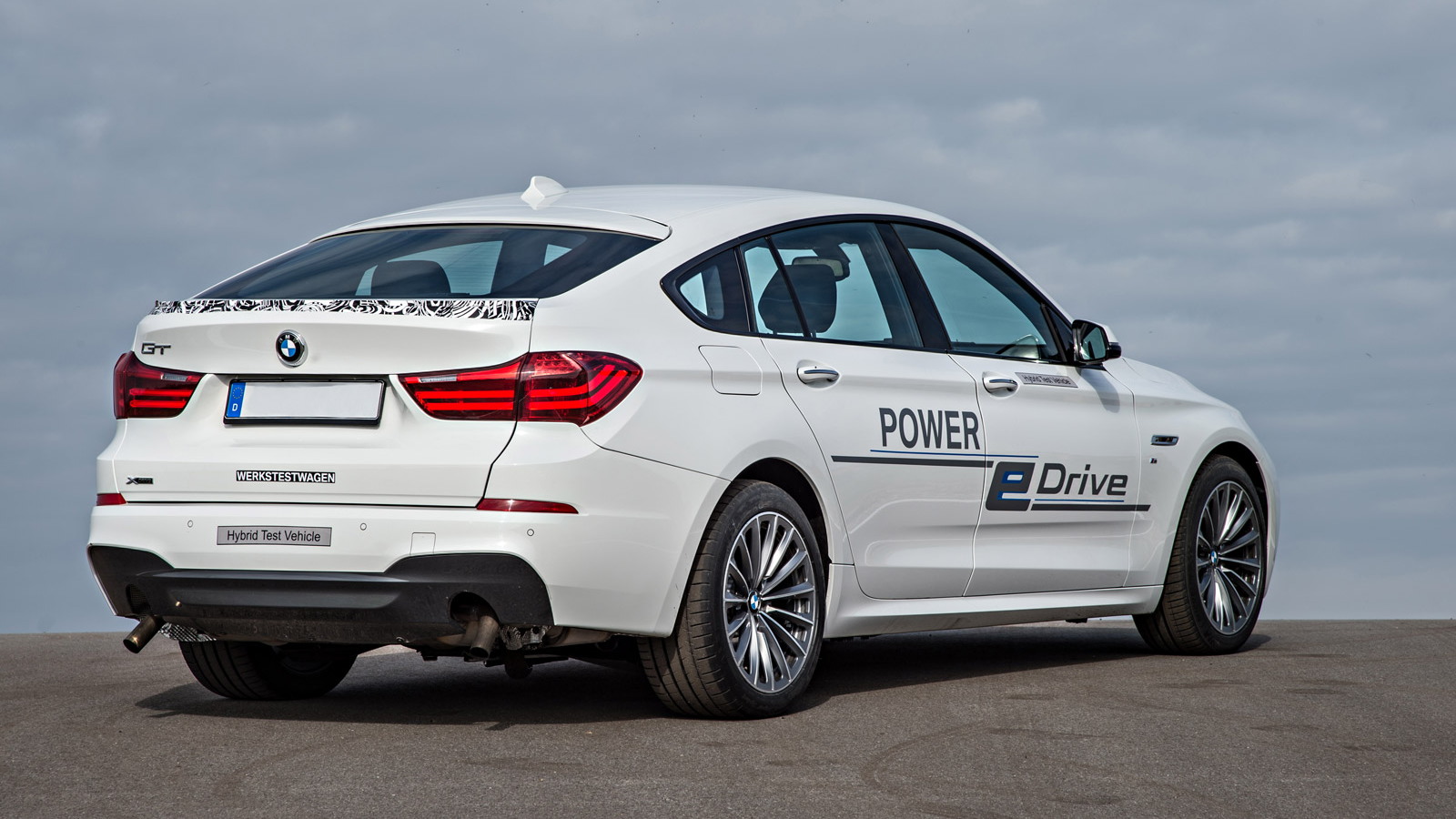 For years, hybrid technology has been marketed purely as a means of improving vehicle efficiency, but now that the technology has matured we’re starting to see automakers investigate ways of using the addition of an electric motor(s) to boost performance as well. The turning point was 2013’s launch of hybrid hypercars from Ferrari, McLaren and Porsche, and now more mainstream makes are jumping on the performance hybrid bandwagon.

One of these is BMW, which recently presented its new Power eDrive hybrid drivetrain which boasts outputs in excess of 670 horsepower. The Power eDrive drivetrain is a plug-in hybrid setup, similar to the one BMW will be using in new plug-in hybrid versions of its regular models starting next year, but Power eDrive is different in that it relies on high-power electric motors and next-generation high-density batteries.

The Power eDrive system being previewed in the 5-Series Gran Turismo is a modular setup that can fit a variety of bodystyles. It combines a turbocharged 2.0-liter four-cylinder engine with two electric motors for a combined output in excess of 670 hp. One of the electric motors is integrated with the transmission to help the engine power the rear wheels and the other is used to power the front wheels. BMW is also working on a next-gen design where an electric motor powers the rear wheels exclusively while an electric motor and engine powers the front wheels, creating a ‘through-the-road’ hybrid all-wheel-drive setup.

On the 5-Series GT Power eDrive prototype, the electric motors contribute approximately two thirds of the vehicle's output, with the engine accounting for the remaining third. Powering the electric motors is a 20-kilowatt-hour lithium-ion battery, which can be charged at home or on the run using recovered brake energy or the engine. The key to boosting the efficiency of the vehicle will be relying on electric power as much as possible. The all-electric range for a vehicle the size of the 5-Series GT, meanwhile, is said to be about 62 miles.

The benefits of Power eDrive are zero local emissions in everyday use, superior long-distance comfort, and instant accelerating power. That last benefit is due to the high-power electric motors, which provide full torque at zero rpm. They also help fill the torque curve of the engine, providing linear acceleration.

Looking further out, as emissions regulations become even stricter, BMW says the role of the internal combustion engine will become a supporting one. For example the engine will only be used under high-load situations or to increase the overall driving range by acting as a range-extender that simply charges the battery. Eventually, as battery technology improves (or as hydrogen infrastructure develops), the engine will be phased out altogether, though this will likely take decades.