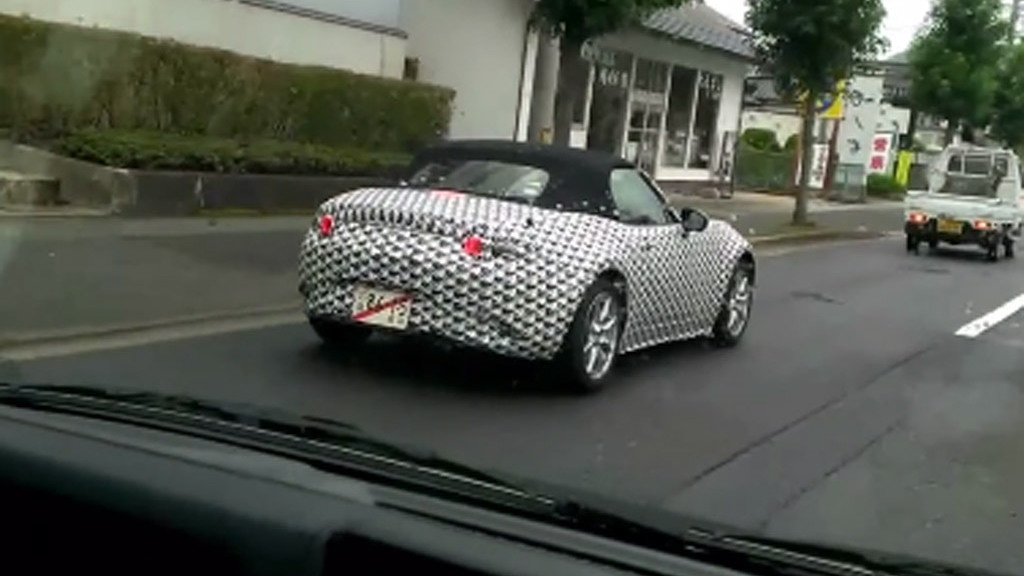 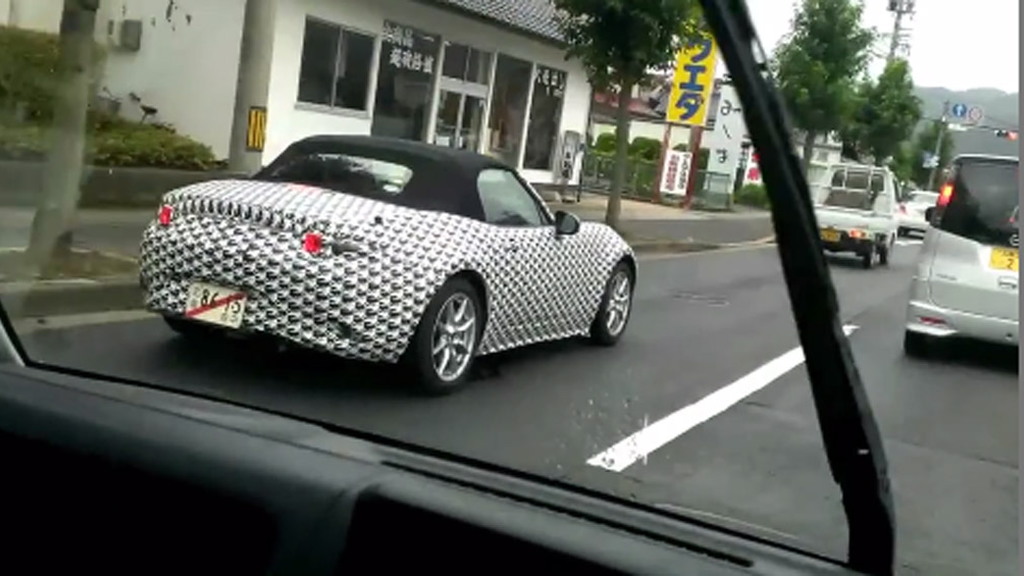 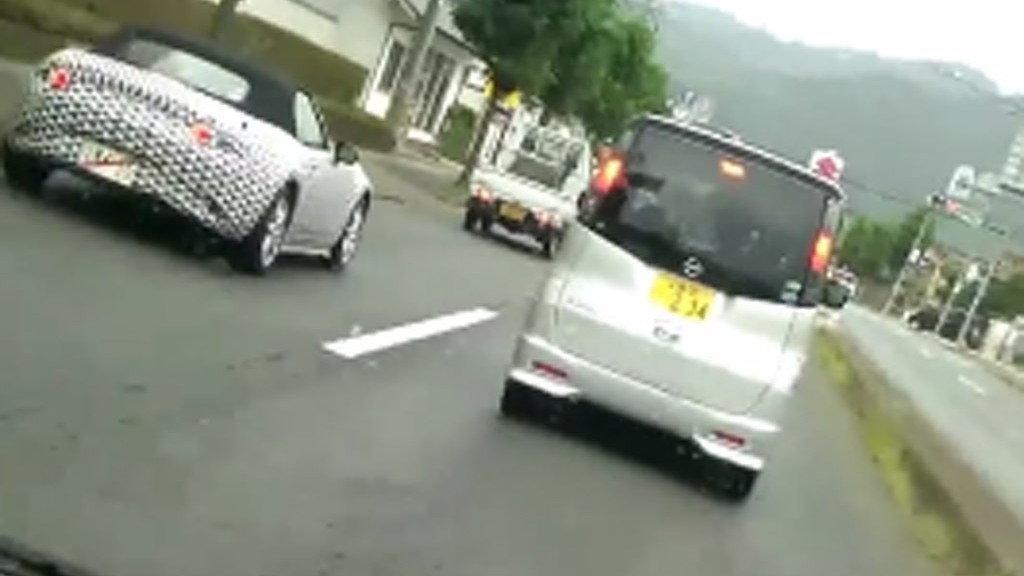 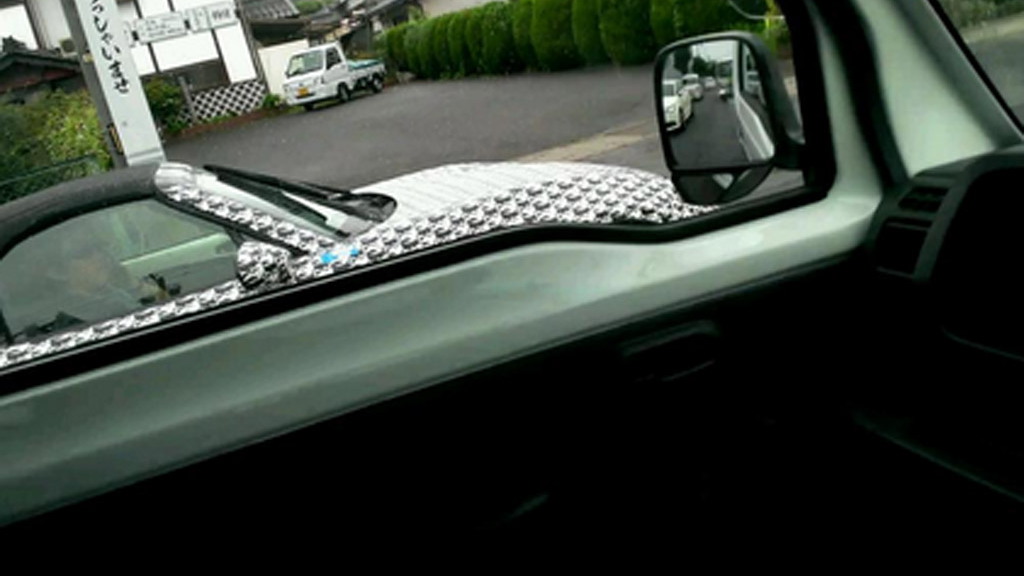 4
photos
Mazda’s all-new, fourth-generation MX-5 Miata is set for a reveal on September 3, and while the Japanese automaker has done a good job of keeping its prototypes hidden, one has finally been spotted. This particular prototype was spotted in Japan and shows that the new MX-5, which goes on sale next year, as a 2016 model, will be similar in size and have similar proportions to previous generations of the car.

The latest video and photos, taken by YouTube user Tatsuya.Broadcast.Channel, shows the new MX-5 from the rear, and we also get a glimpse of the roof profile. The details, especially the trunk lid’s curved edge, adhere to the lines shown in an official teaser image released by Mazda yesterday.

When the covers are finally pulled off, the new MX-5 is expected to feature Mazda’s current 'Kodo' design language, which should give it a much more expressive look than we're used to. We also hear that the oval-shaped intake of the original ‘NA’ MX-5 will make a comeback on the new model.

While the bodywork hasn't seen the light of day yet, the chassis has. Mazda unveiled the 2016 MX-5’s SkyActiv chassis back in April at the 2014 New York Auto Show. Thanks to redesigned suspension and joining techniques, the lightened chassis is expected to shave 220 pounds, but will still be more rigid than the current model’s structure.

Engine choices are expected to include 1.5-liter and 2.0-liter units, both using Mazda's Skyactiv technology and possibly a turbocharger. Preliminary estimates for the 2.0-liter engine include an output of 180 horsepower and a 0-62 mph time of around 6.5 seconds.

The 2016 Mazda MX-5 Miata will be unveiled September 3, making for a very appropriate celebration of the Miata's 25th anniversary this year. The car will debut simultaneously at events in Europe, Japan, and the U.S., before a formal debut at the 2014 Paris Auto Show in October. About a year after its arrival, Fiat Chrysler Automobiles will launch its own sports car sharing the Mazda platform, most likely under its Fiat brand.