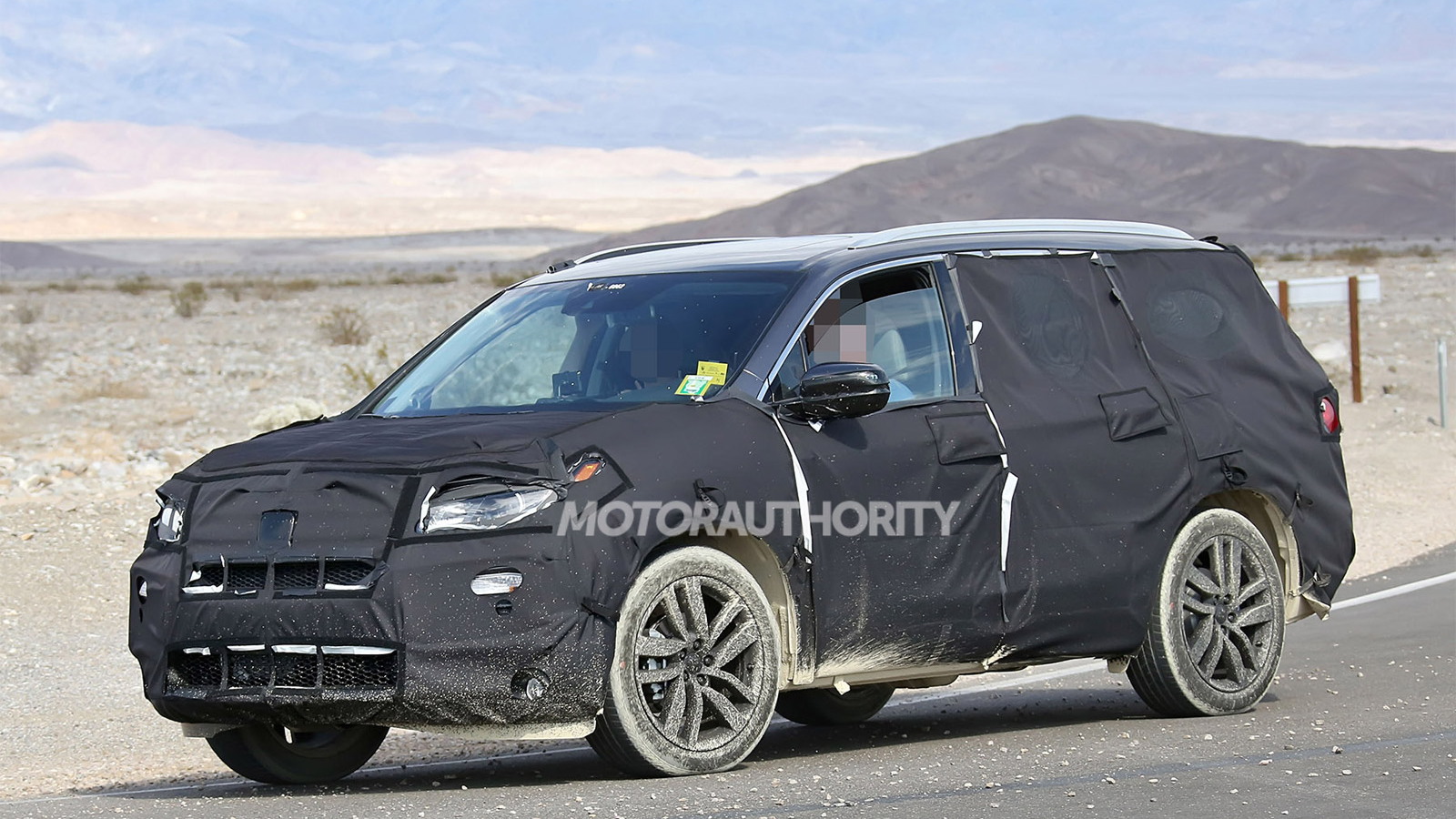 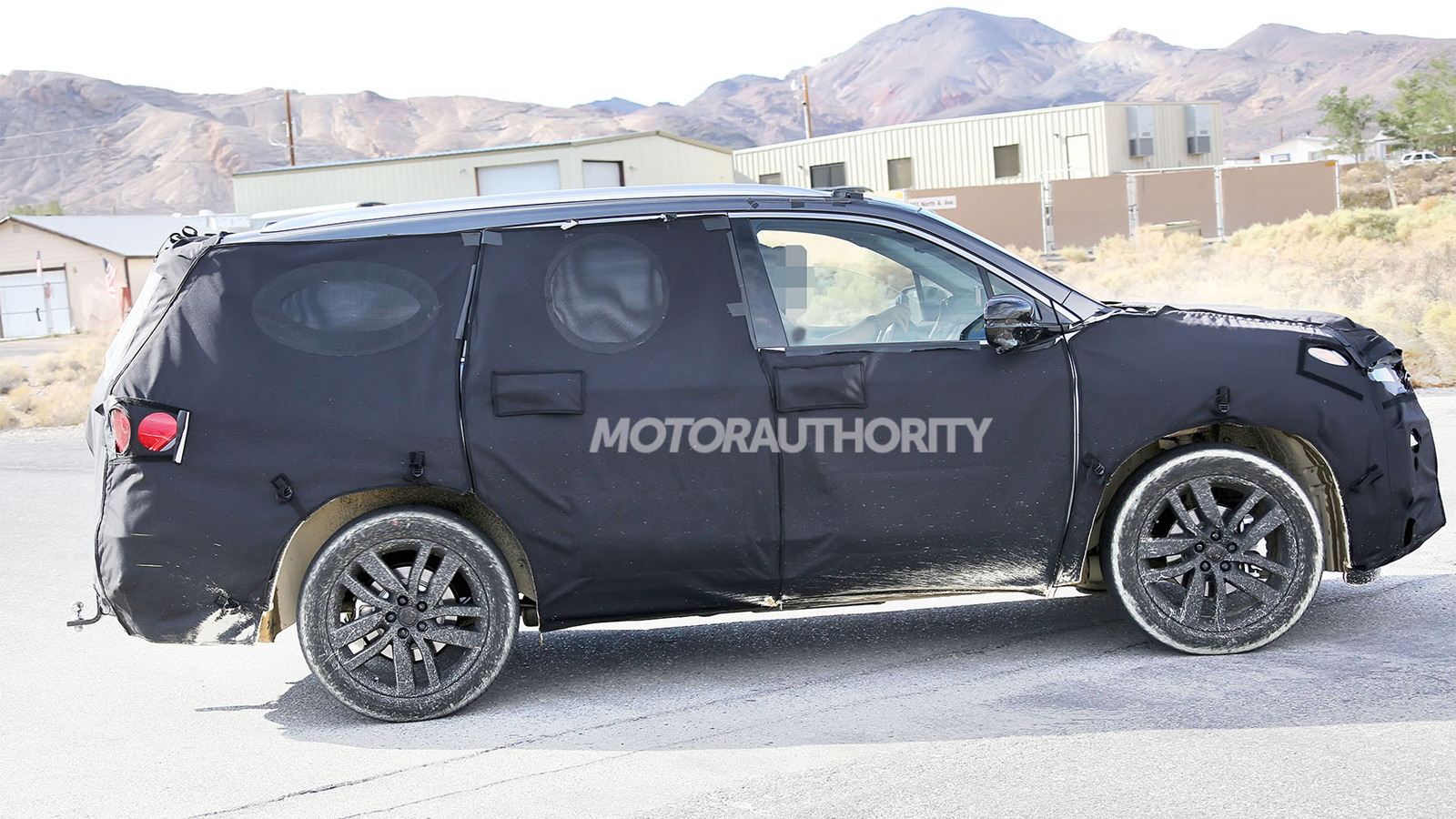 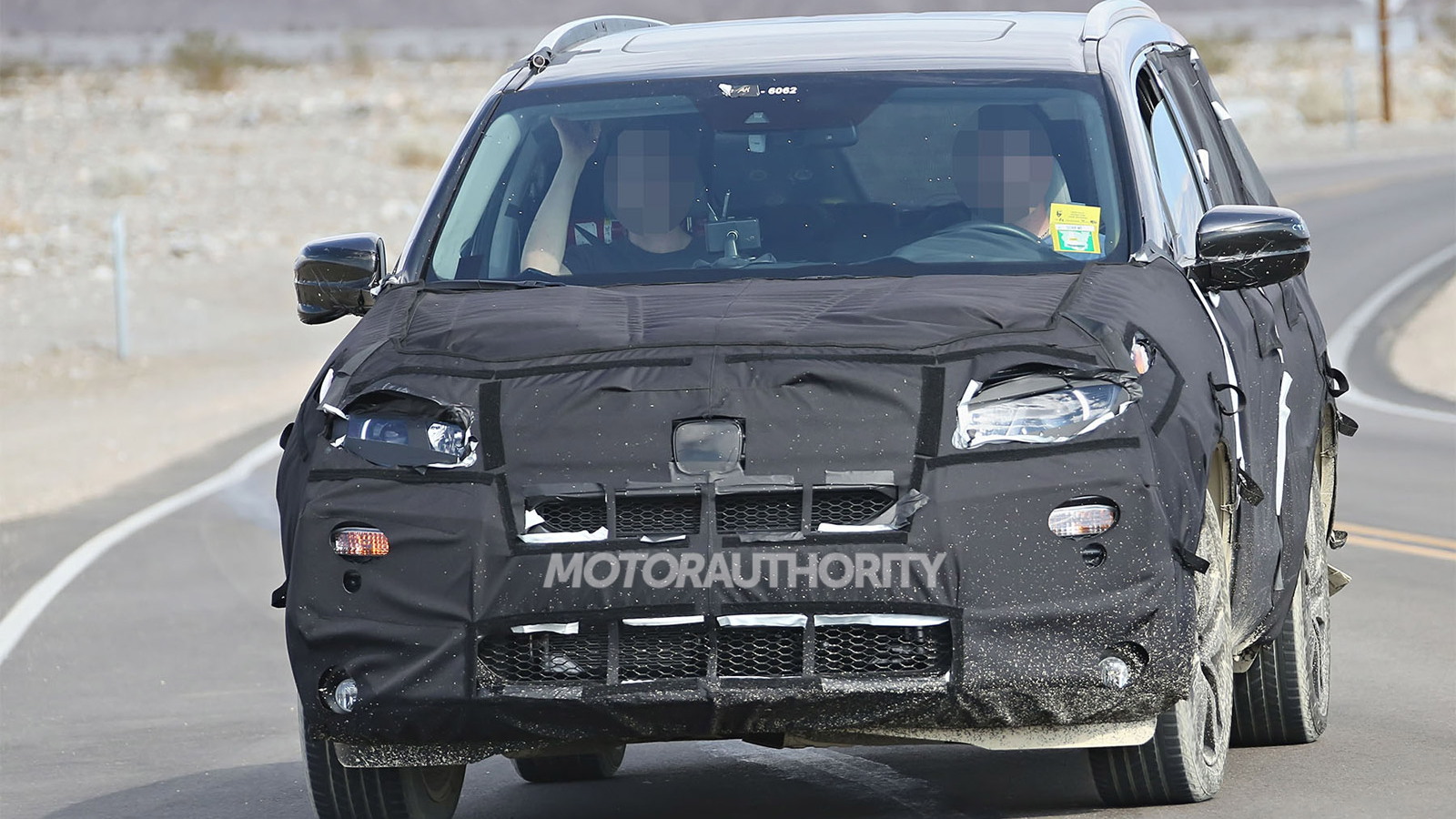 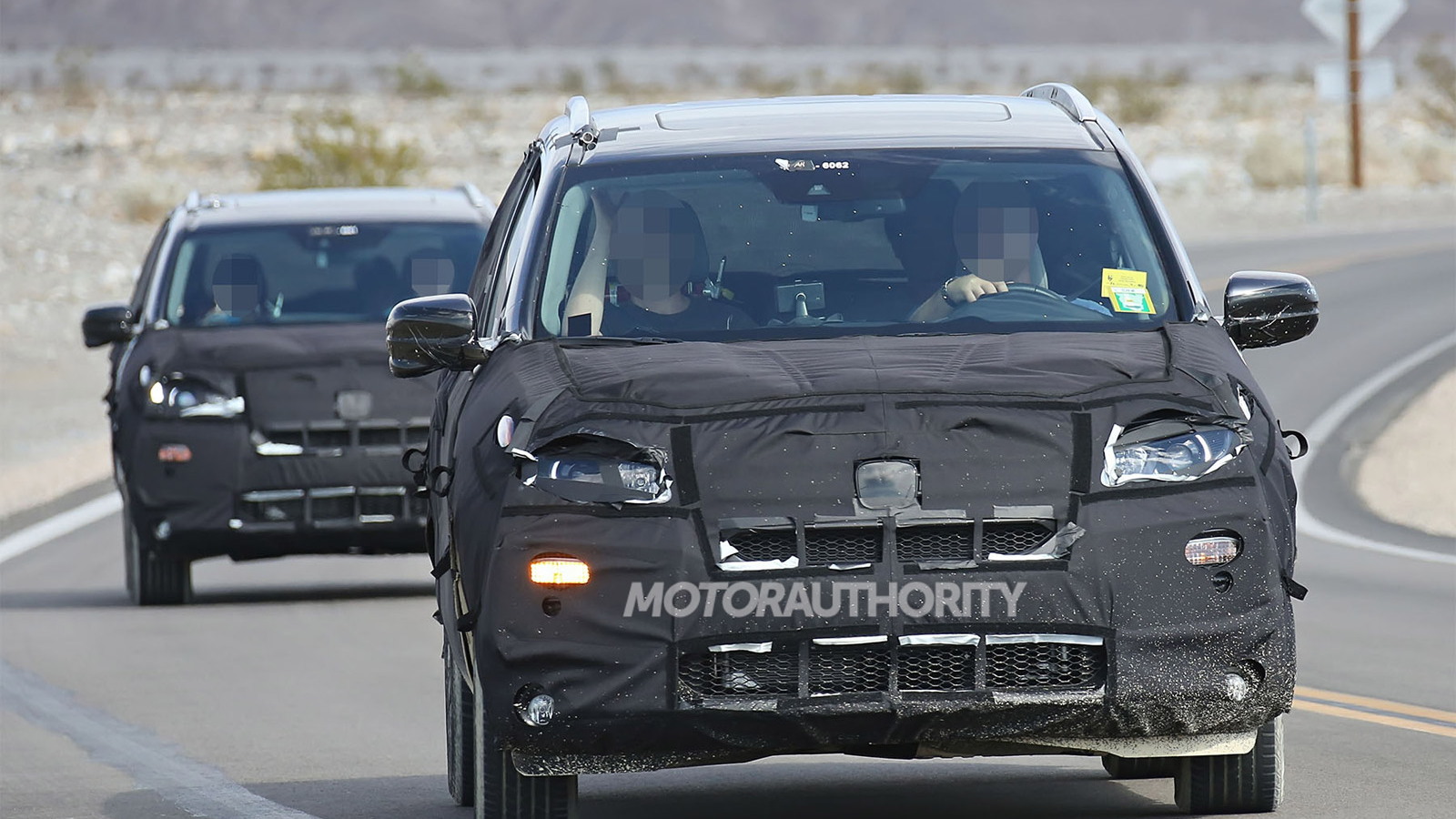 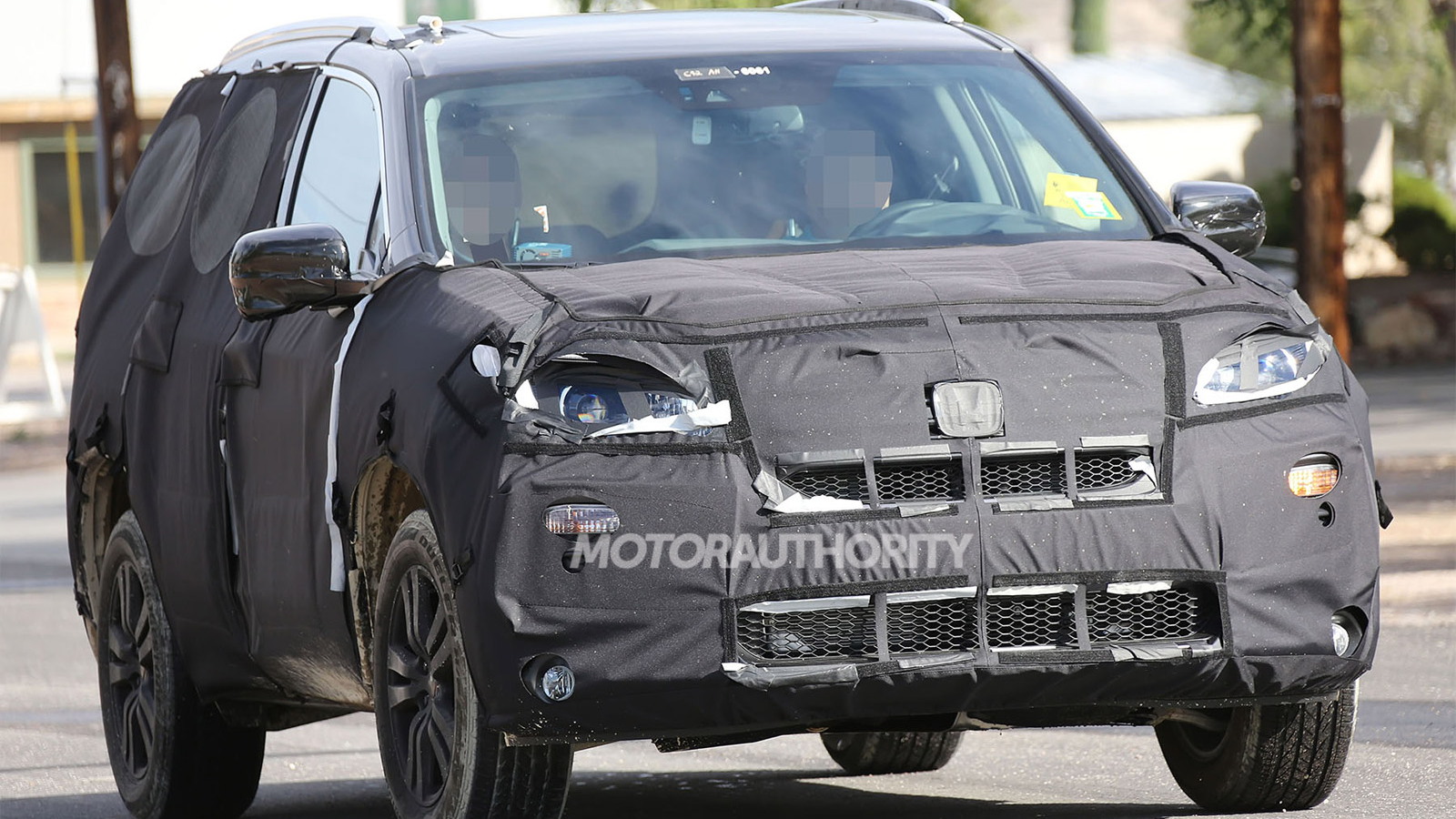 12
photos
These are the latest spy shots of a prototype for Honda’s next-generation Pilot SUV, which should roll into showrooms in the fall of 2015, as a 2016 model. The vehicle will once again share its underpinnings with the Acura MDX but this time around we can expect more expressive styling and a more upmarket interior.

With the latest MDX featuring an extra 3.0 inches of length in its wheelbase compared to its predecessor, we’ll likely see the 2016 Pilot’s wheelbase grow as well. This should translate to more space inside and easier access to the third row. Seating for eight should remain.

Power will once again come from a 3.5-liter V-6 but with output increasing to 290 horsepower and 267 pound-feet of torque, matching the figures of the engine in the MDX. Buyers will have the choice of front- or all-wheel drive.

A shot showing the interior reveals new rectangular vents instead of the current model’s circular units. It also looks like the current model’s dash-mounted gear lever is making way for a more conventional shifter, and a new LCD screen will be mounted to the center stack.

It’s possible a thinly-veiled prototype version of the 2016 Pilot will be shown ahead of the production model a couple of months later. Honda did this with the outgoing Pilot, which was launched on the market for the 2009 model year.