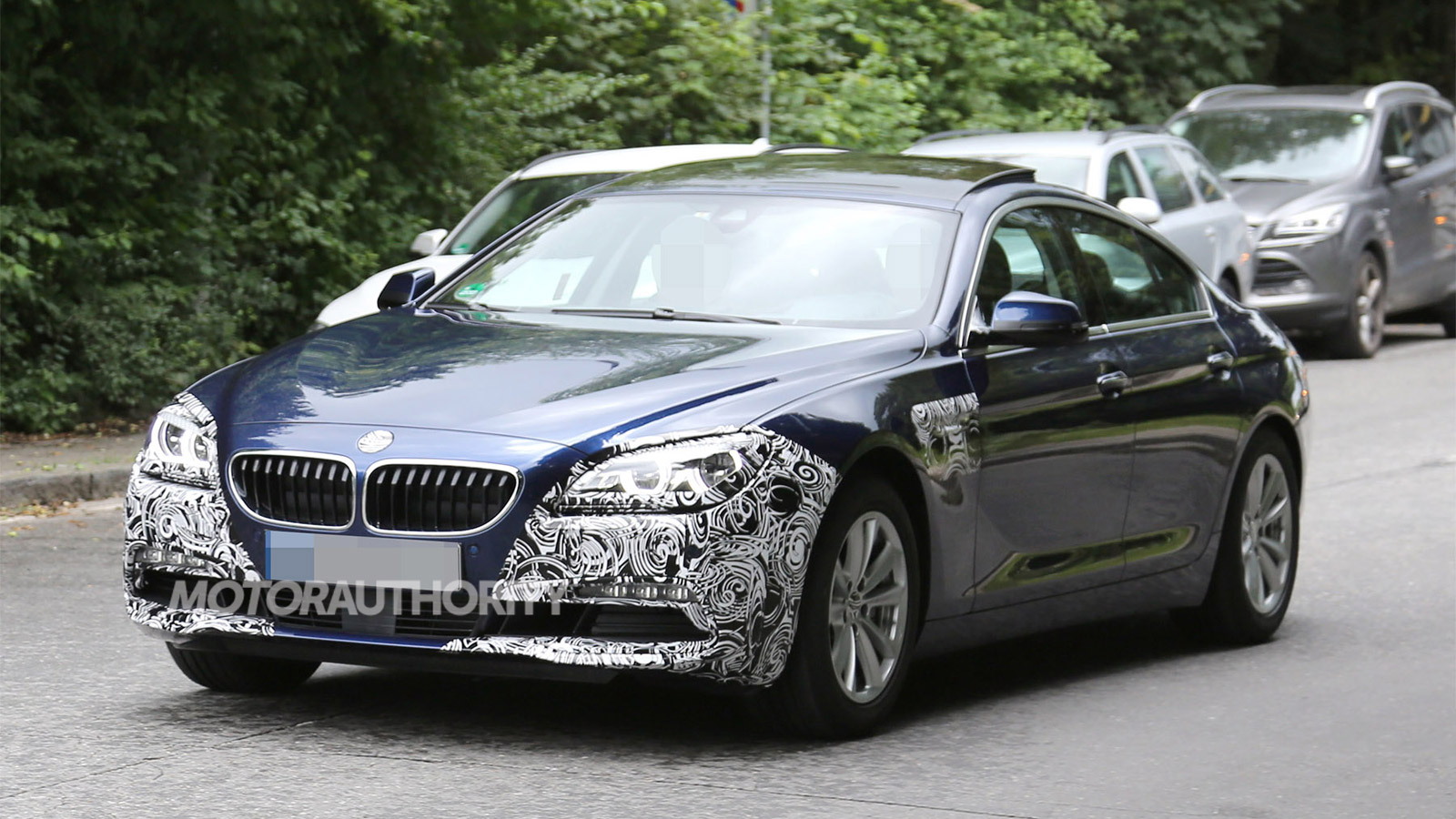 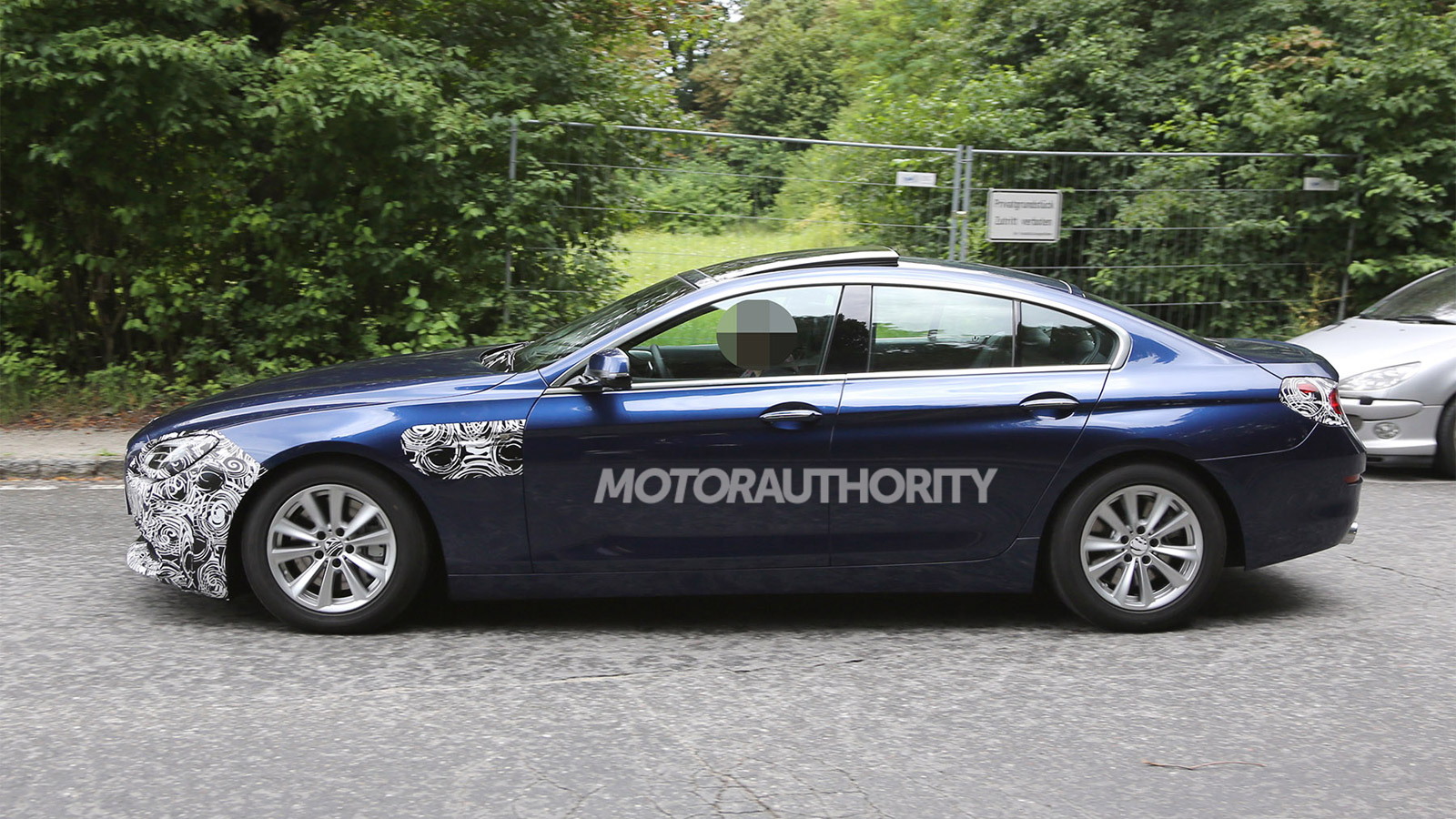 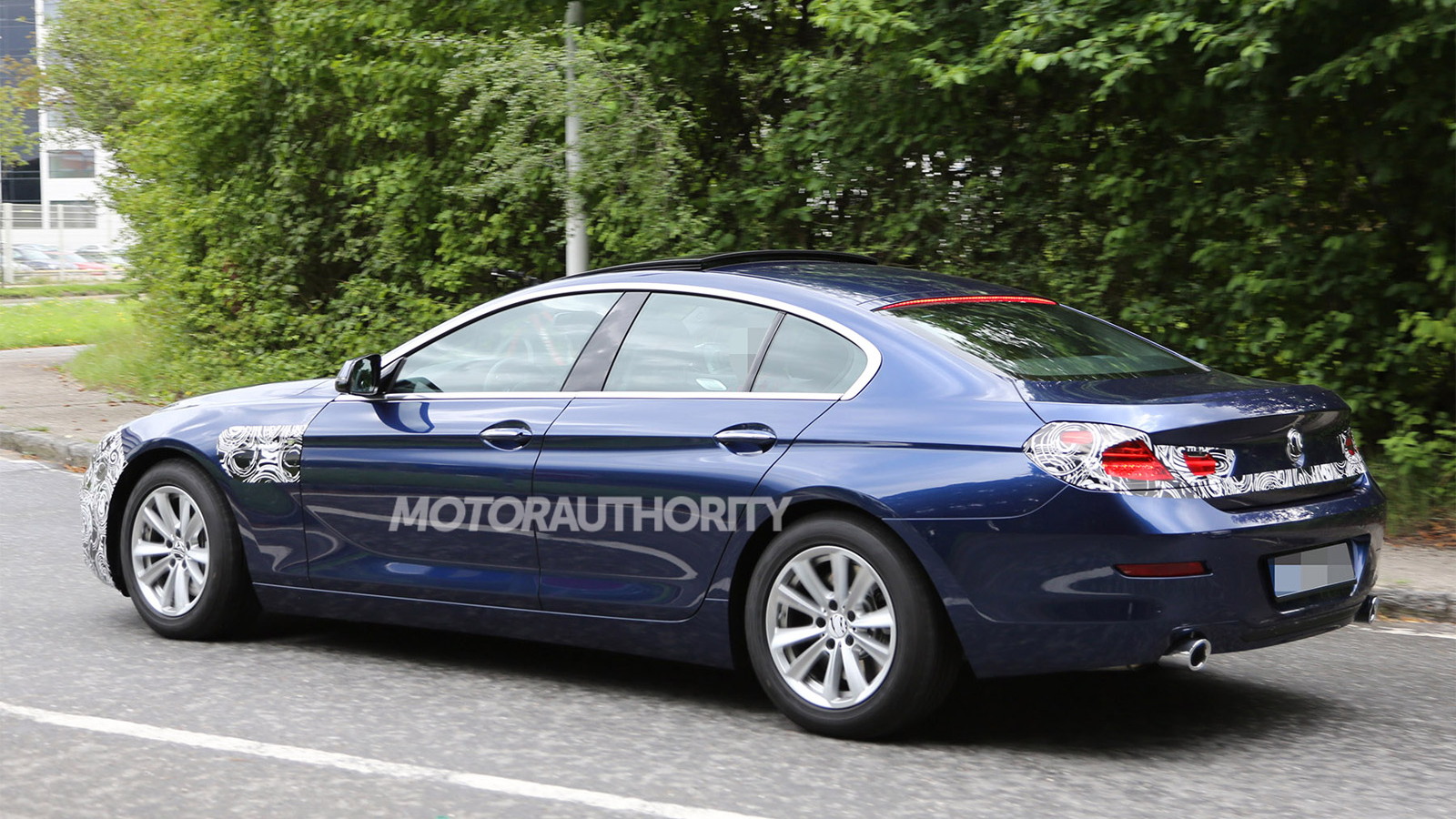 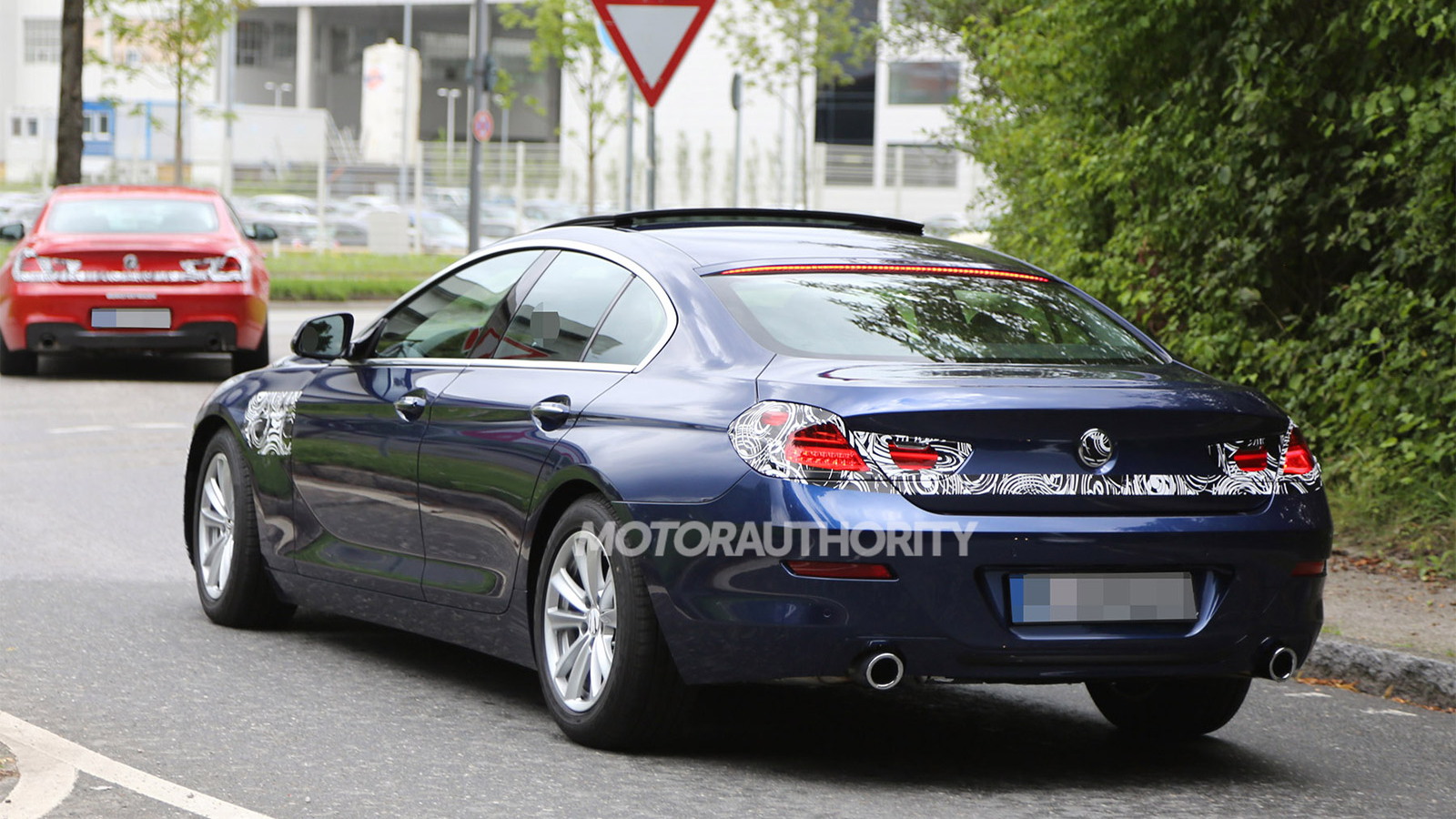 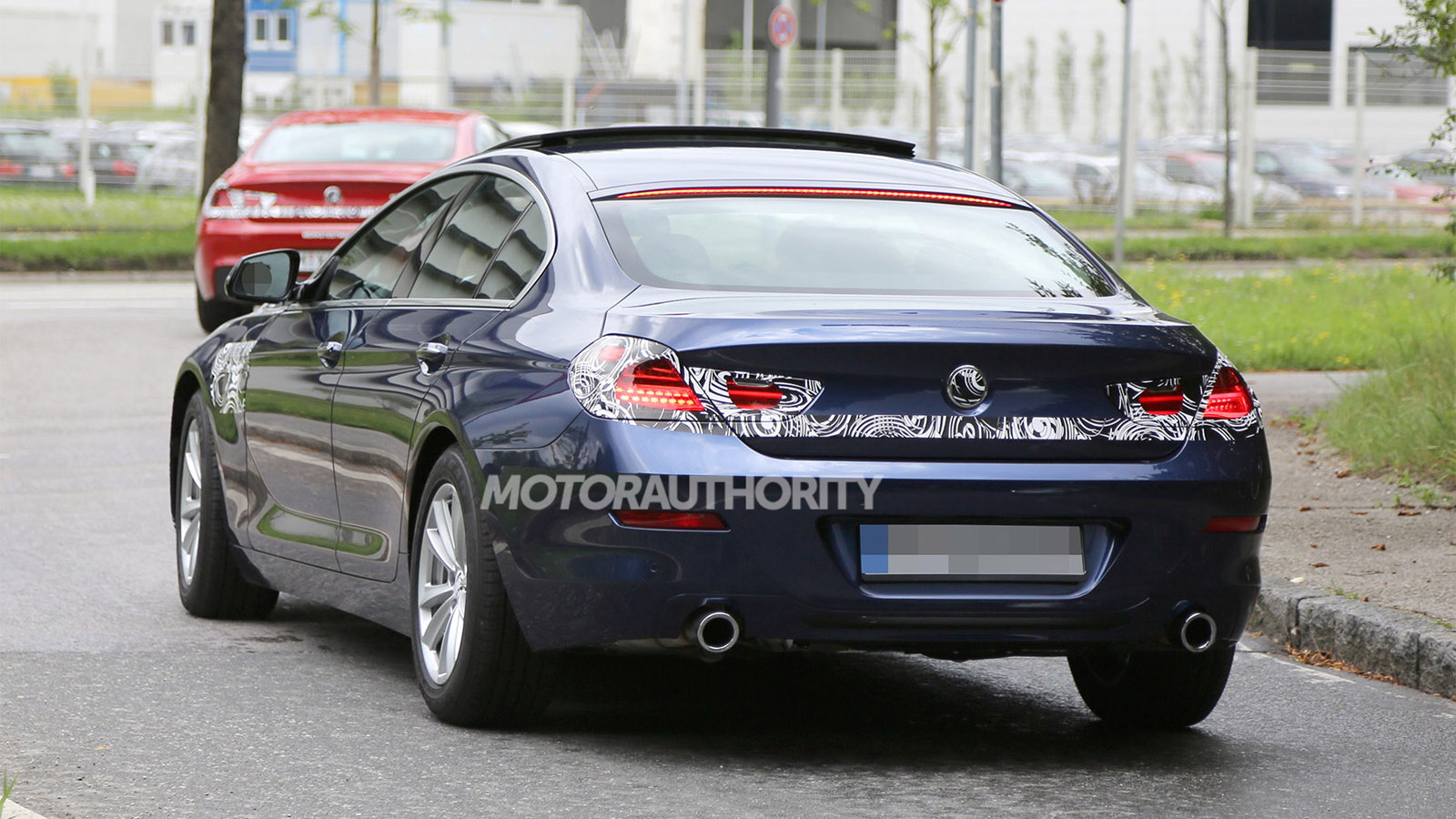 7
photos
The BMW 6-Series Gran Coupe was only introduced for the 2013 model year, but the car it’s based on, the 6-Series coupe, is a bit older than that and is set to receive its mid-cycle update for the 2016 model year—and it looks like the changes will be applied to the four-door Gran Coupe at the same time. This prototype for the updated 6-Series Gran Coupe was spotted testing alongside an updated 6-Series coupe, and both cars are expected to be revealed early next year, as 2016 models.

Being a mid-cycle update, the changes to the car are minimal. However, we’ll be seeing them applied across the 6-Series range, which means we should be seeing prototypes for updated versions of the 6-Series Convertible and M6 models very soon.

The camouflage gear on the prototypes suggests we’ll see new bumpers, new fender vents and revised lights. Changes are expected in the cabin as well, with the updated 6-Series range likely to adopt BMW’s touchpad interface already found on some of the automaker’s vehicles.

It’s not clear yet what changes will occur under the hood, but it’s likely the current powertrain lineup will carry over with only minor tweaks. For example, the twin-turbocharged 4.4-liter V-8 will likely receive a 450-horsepower rating in the 2016 model instead of the current 445-hp figure.