Toyota’s small car brand is introducing two new models at this week’s Chicago Auto Show. The first of these is the Scion xB, which is based on a new compact-car platform developed by Toyota to help distinguish it from the xD, whose former shared a common platform with the original xB model. Front-end styling includes HID headlamps, air intakes at each corner of the bumper and a large single-frame grille.

Under the hood, the xB gets a new 2.4L four-banger delivering 158hp and 162lb-ft. of torque replacing the smaller 1.5L engine from the previous generation. Buyers can choose between a conventional five-speed manual or four-speed automatic complete with steering-wheel mounted paddle shifters. The second xD model shares the platform with Toyota’s Yaris small hatch and comes with the choice of either a 103hp 1.1L engine or a more powerful 128hp 1.8L powerplant.

The youth market will be pleased to know that both cars get a 160-watt stereo with MP3 playback and iPod connectivity. Safety features include six airbags and stability control as standard. The budget-boxes ride on 16in wheels with plastic covers and come with a long list of optional extras and accessories. The cars should be on sale by the second half of this year. 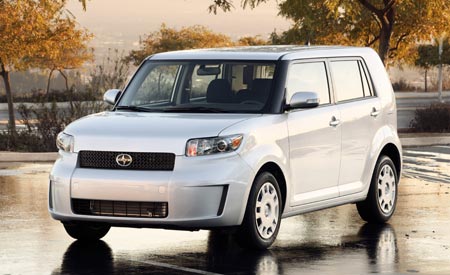 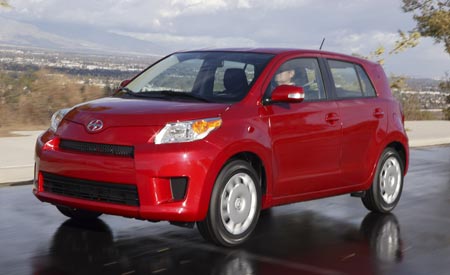