The new Mazda6 has been revealed in all its glory ahead of its unveiling at next week’s Frankfurt Motor Show. The new model, once again available in sedan, five-door hatch and wagon bodystyles, brings a new sense of style and design that we predict will lure away customers of more expensive makes. The pictures reveal a dynamically styled model that make rivals like the Toyota Camry and Subaru Legacy look like design school rejects.

Mechanically, the new Mazda6 shares much in common with Ford’s Mondeo range but its dimensions are smaller and its kerb weight will likely be less as well. Officials have revealed that one of the key goals in designing the new Mazda6 was to keep weight low. Not surprisingly, the car weighs less than the outgoing version but also offers more interior space and performance. Less weight also leads to correspondingly lower fuel-consumption figures and less carbon-dioxide emissions than the current too.

Some of the new features of the Mazda6 include xenon headlights, LED detailing, active cruise control and parking sensors. Inside, there’s dual-zone climate control, an engine starter button, heated seats, voice-activated controls and a Bose stereo system. Though we suspect many of these features will be only available as an option, it’s still impressive to see a carmaker offering such lavish features in one of its mainstream models. We’ll post up a story with all the official goodies once the car makes it debut in Frankfurt but until then enjoy all the stunning pics. 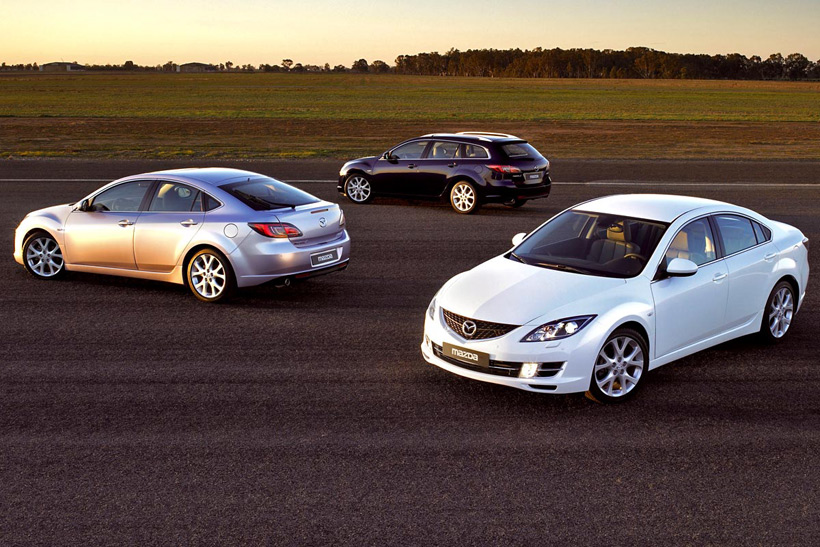 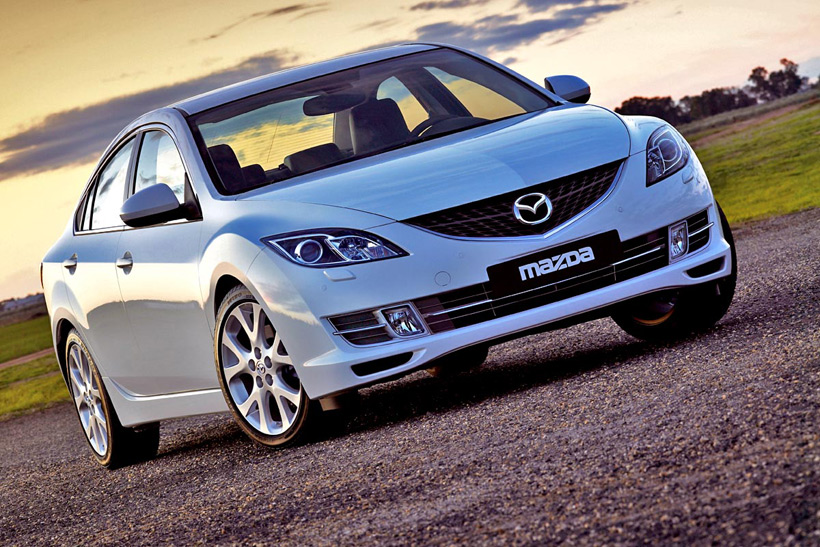 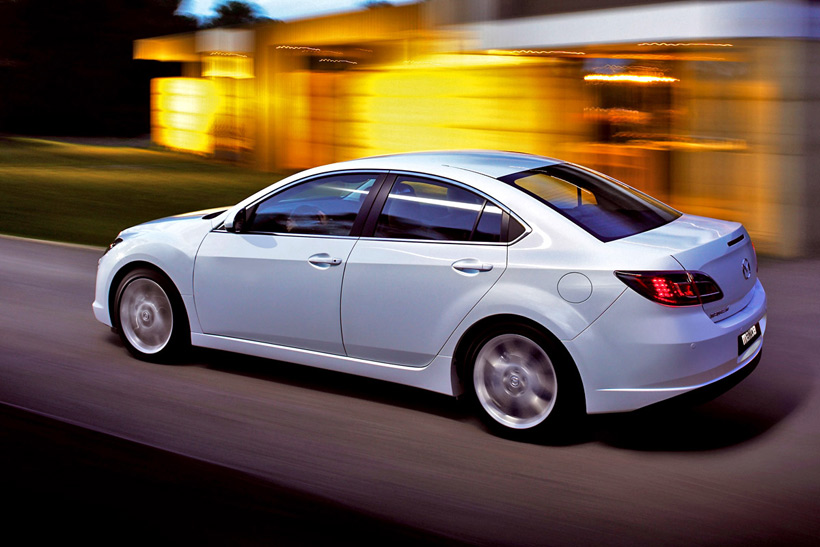 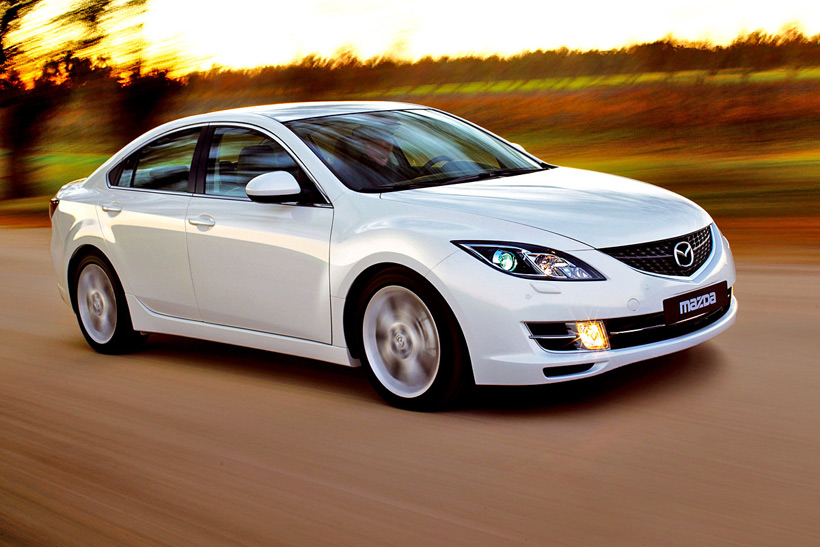 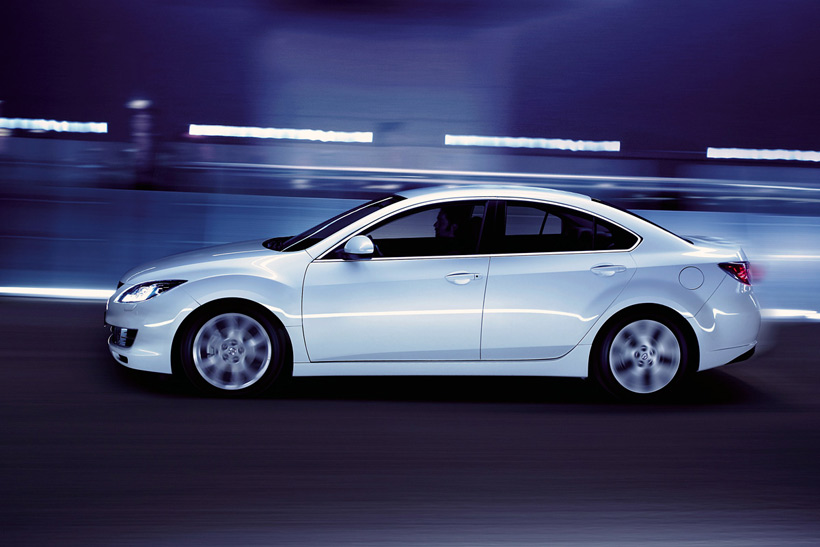 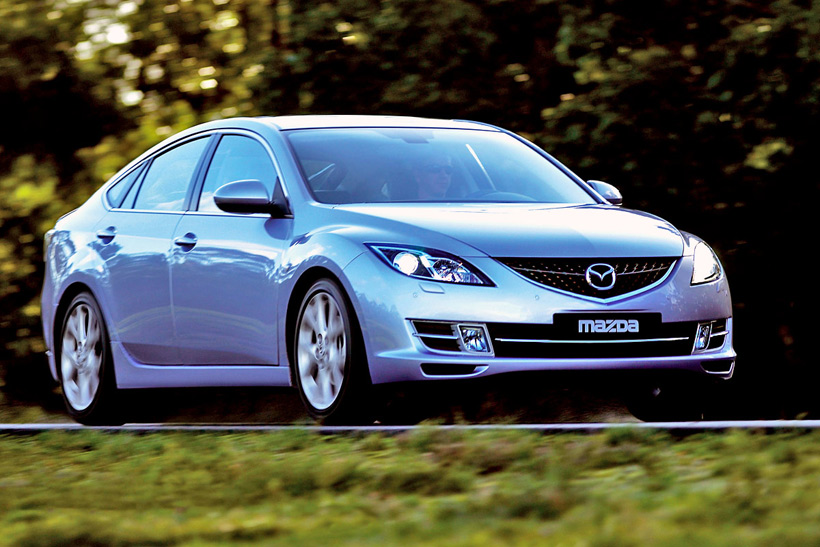 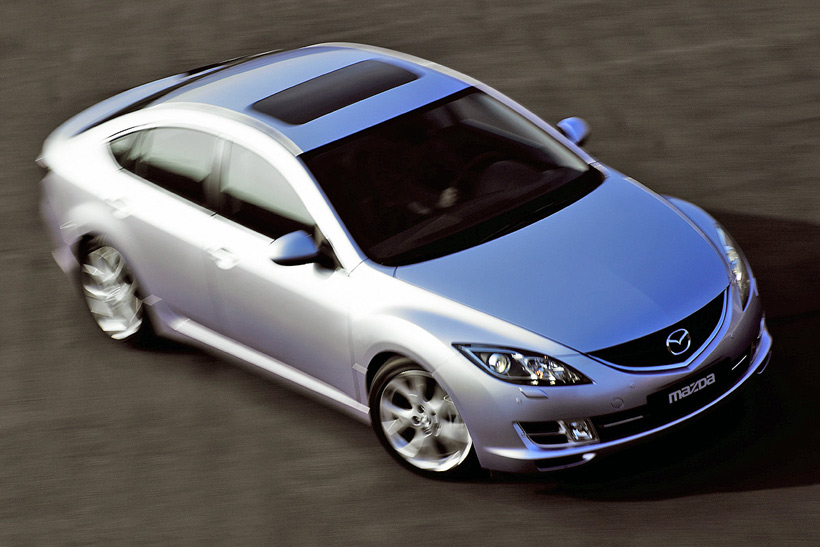 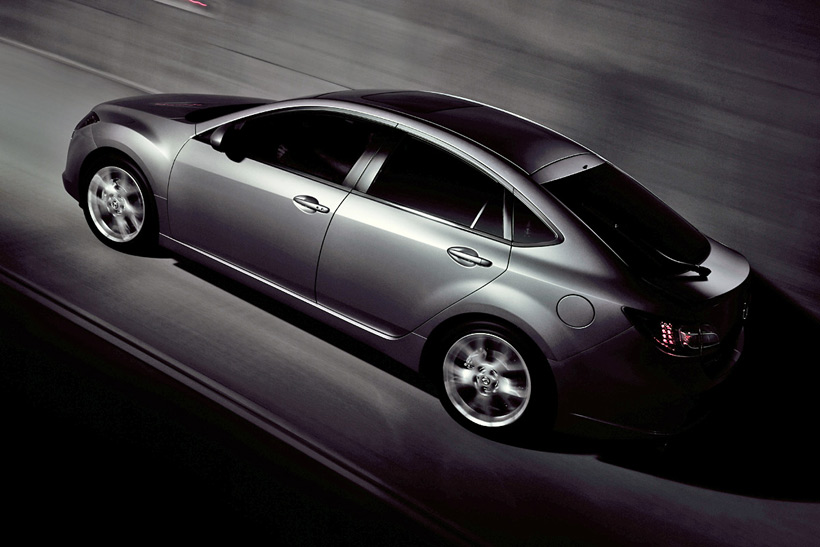 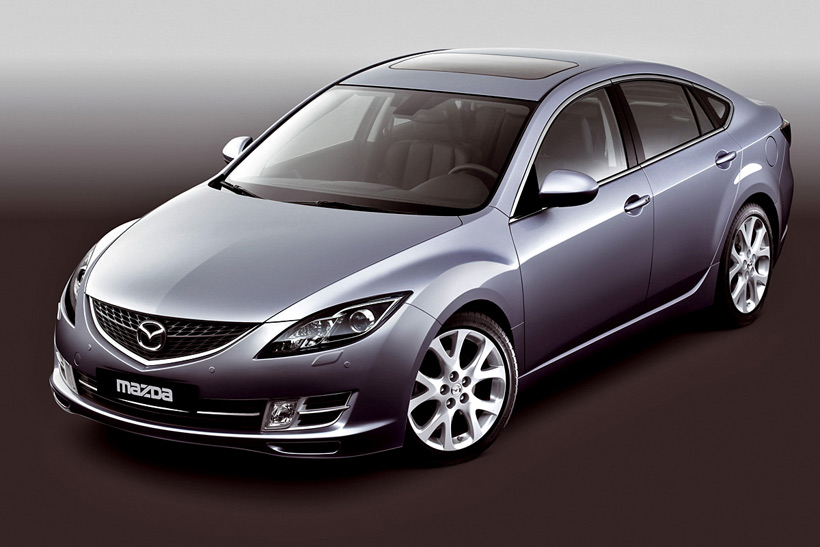 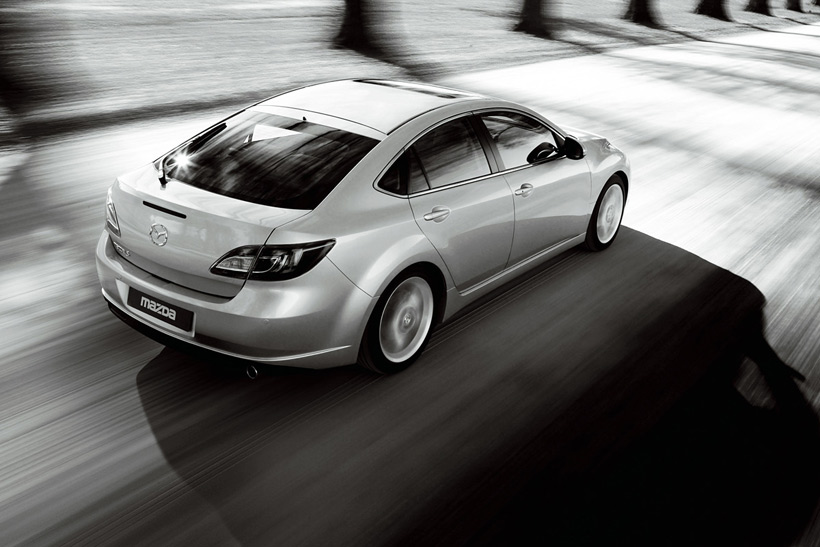 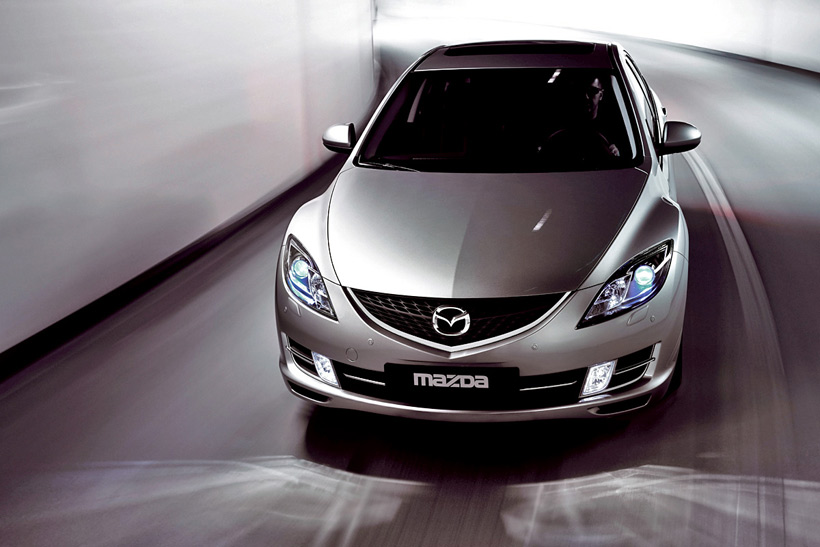 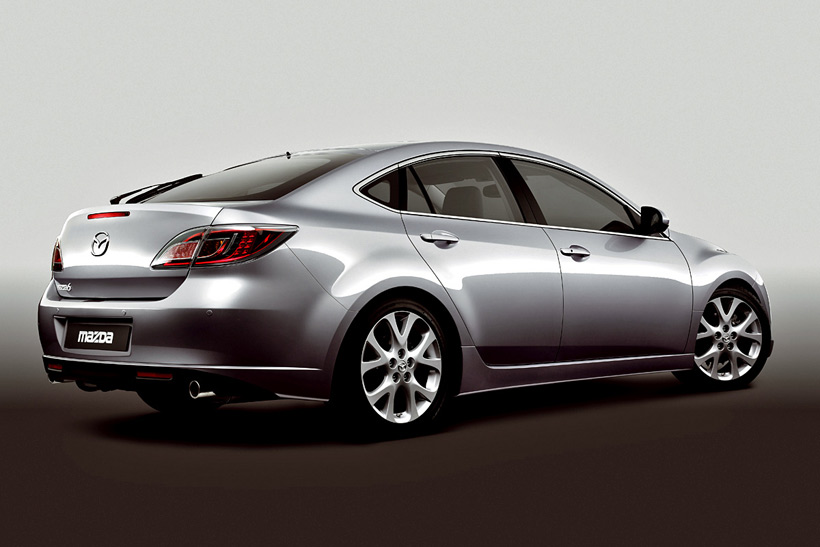 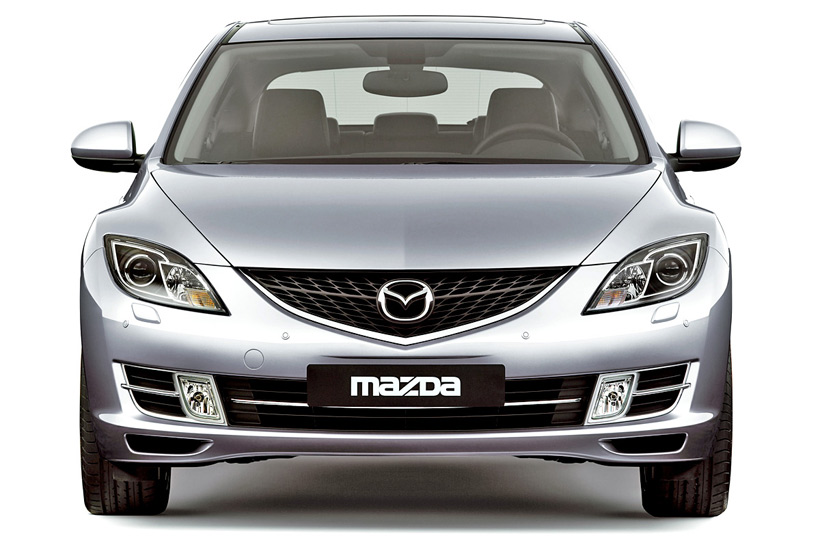 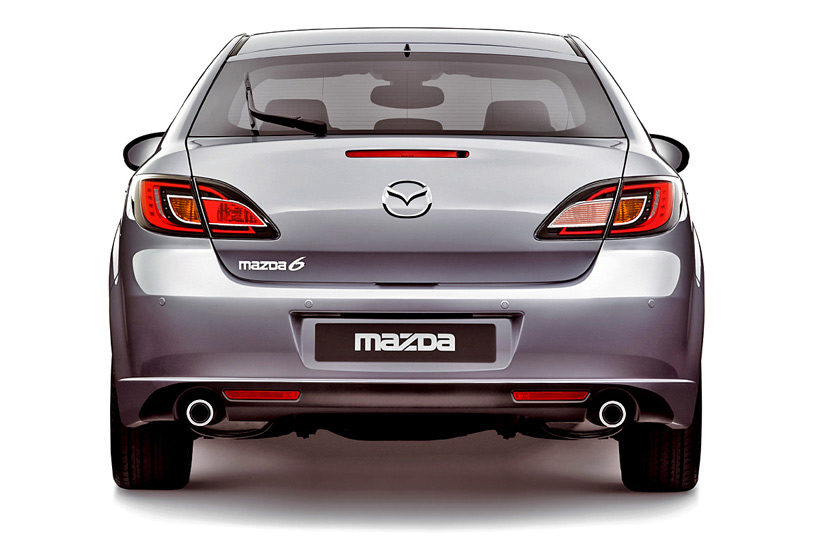 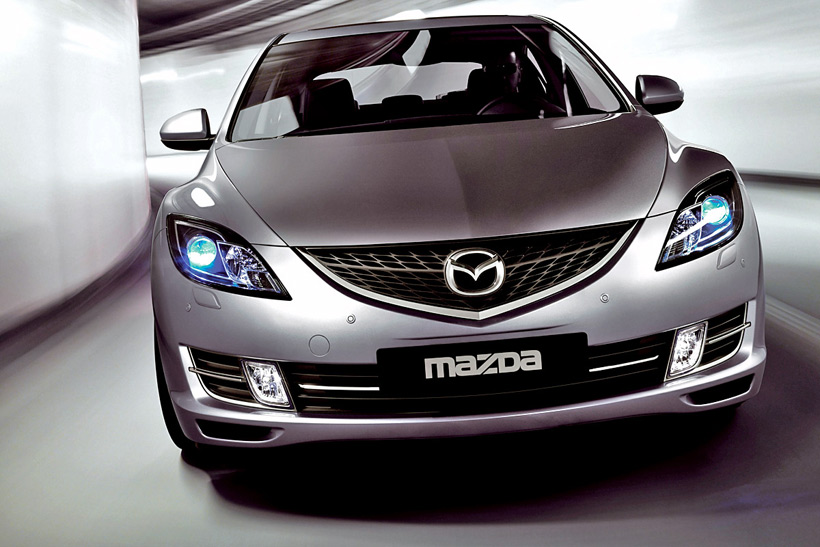 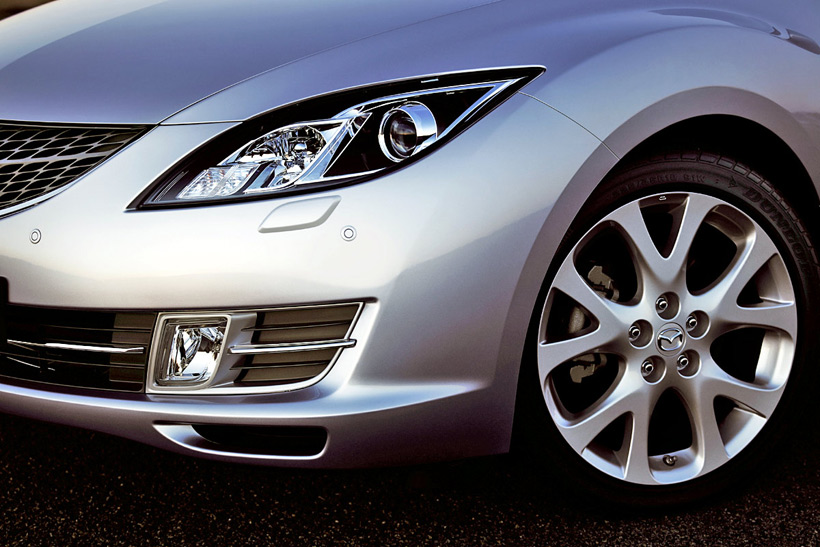 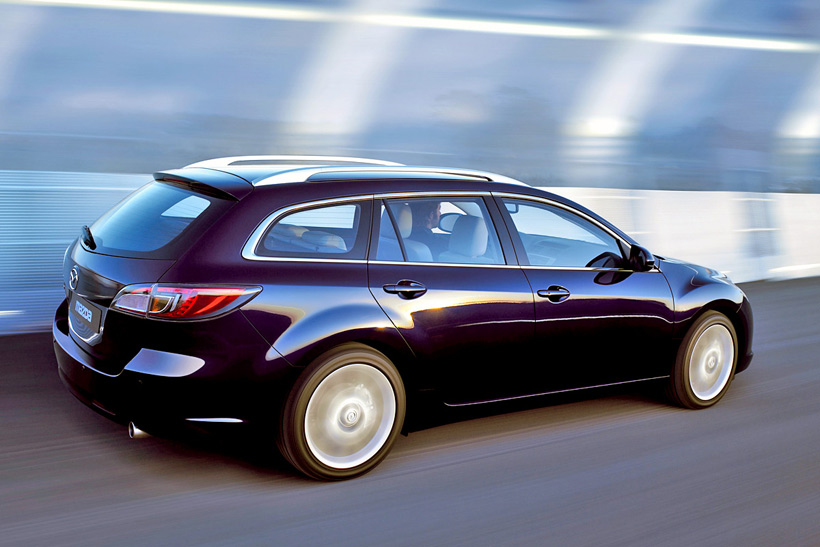 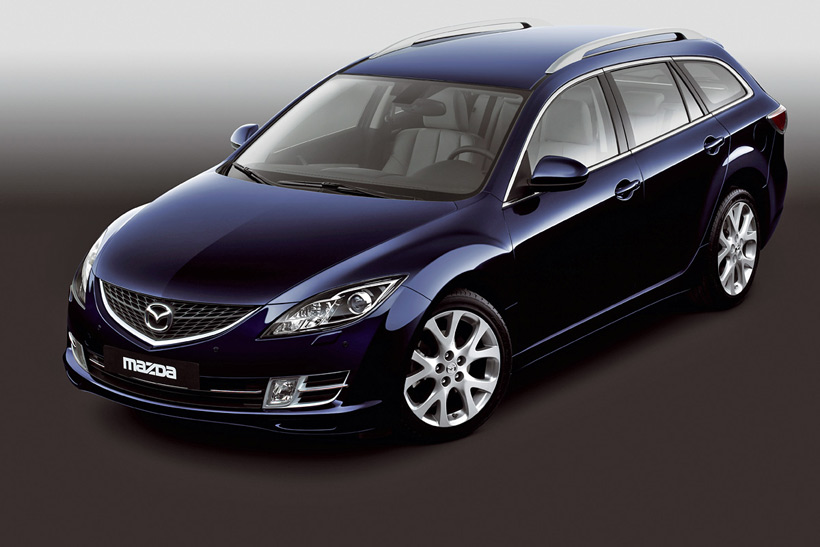 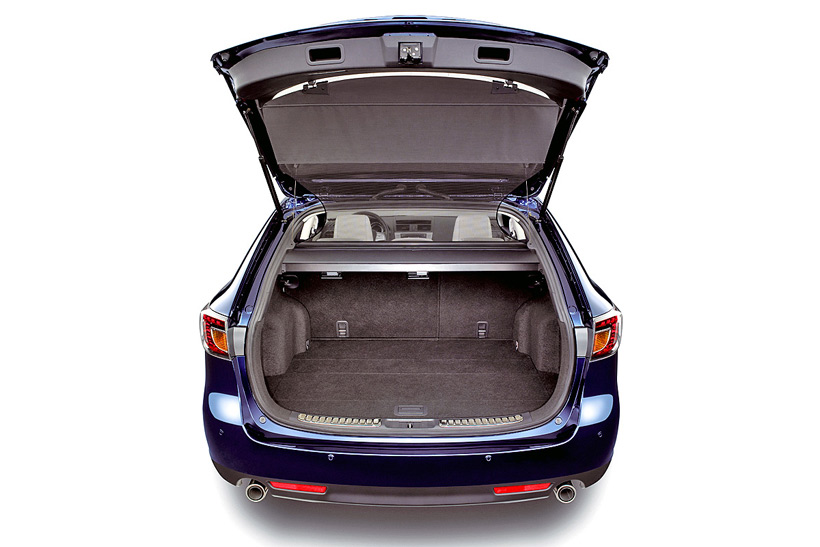 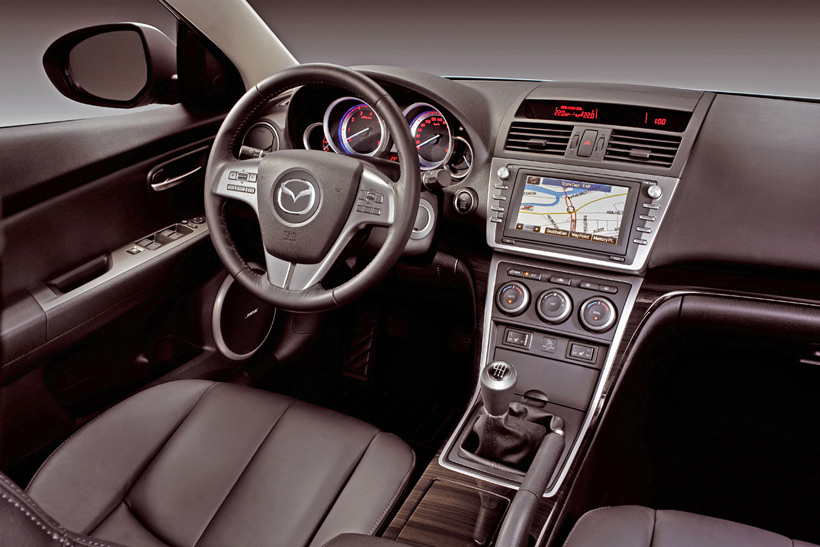 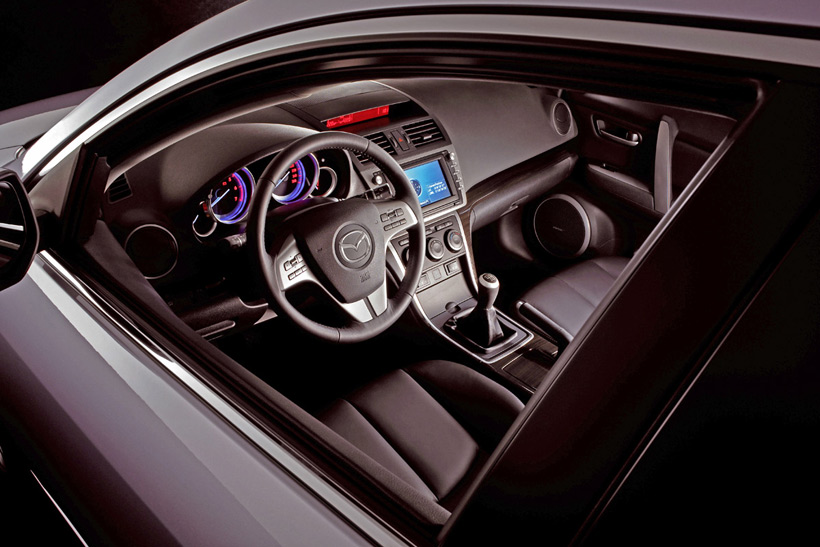 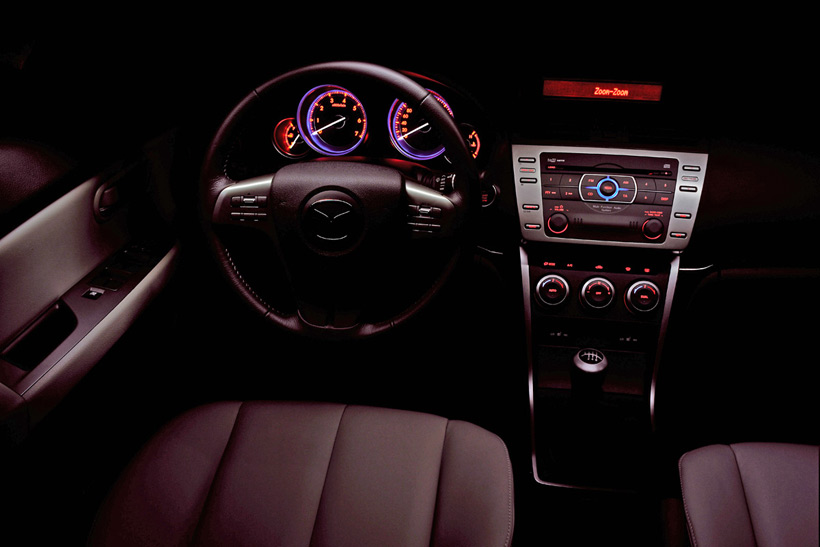 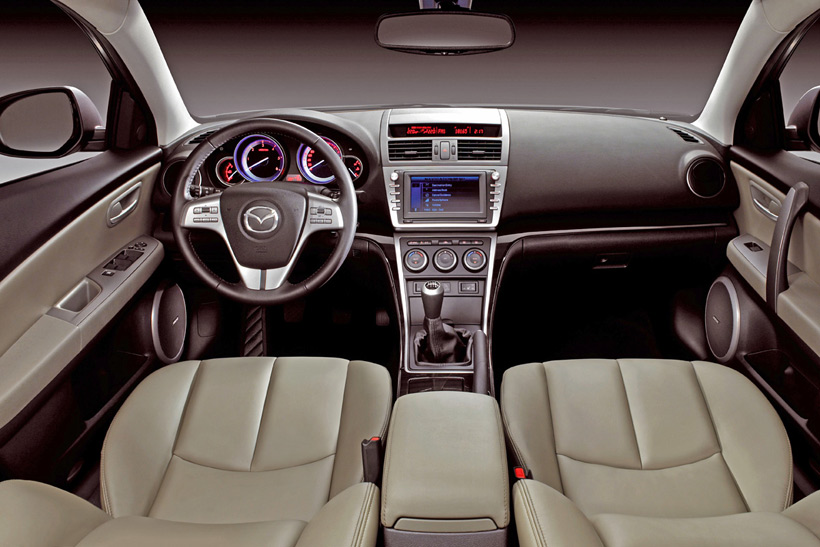 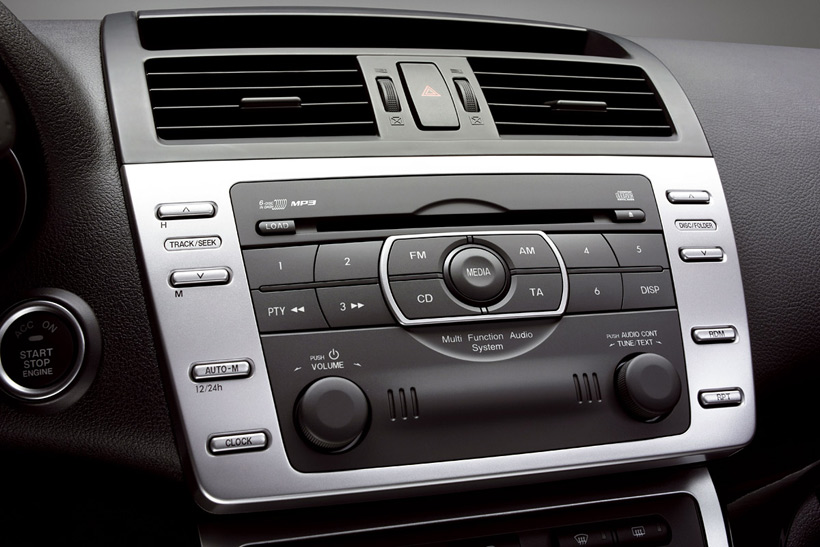 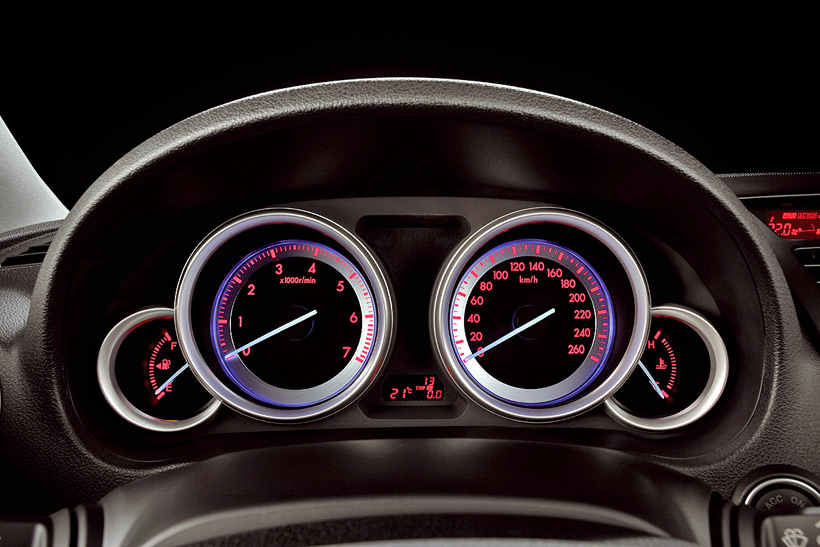 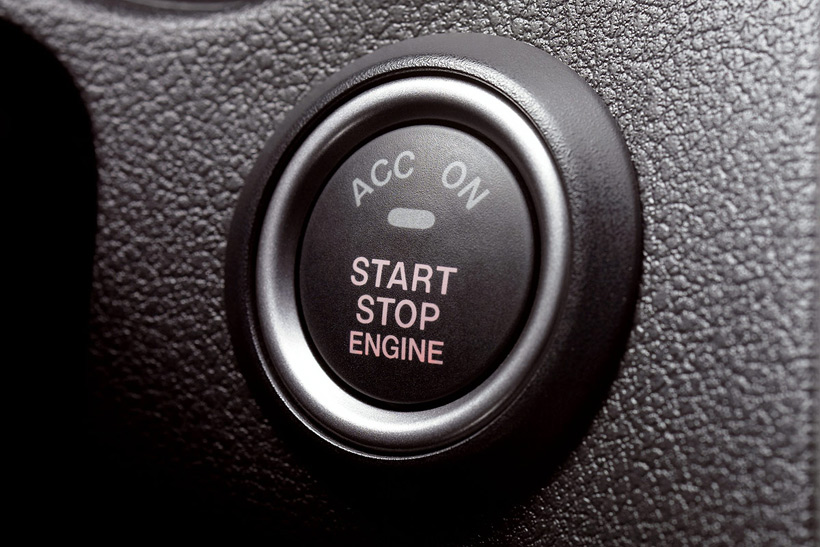 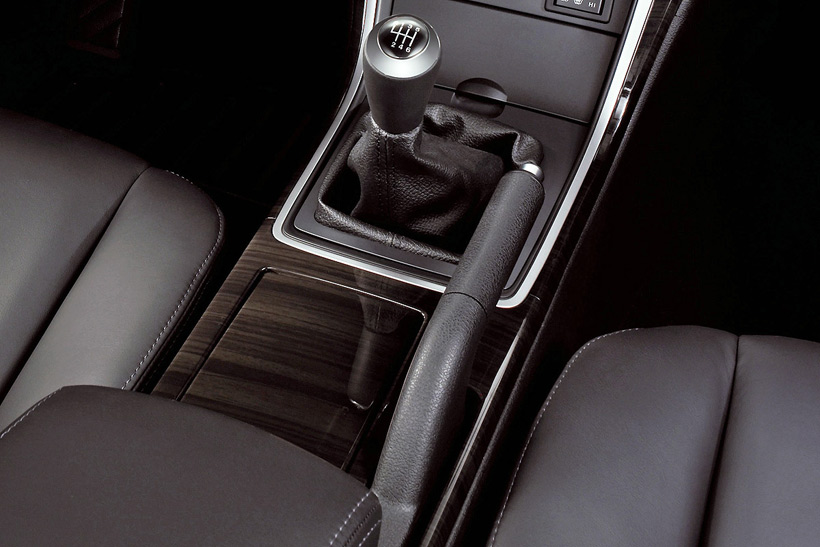