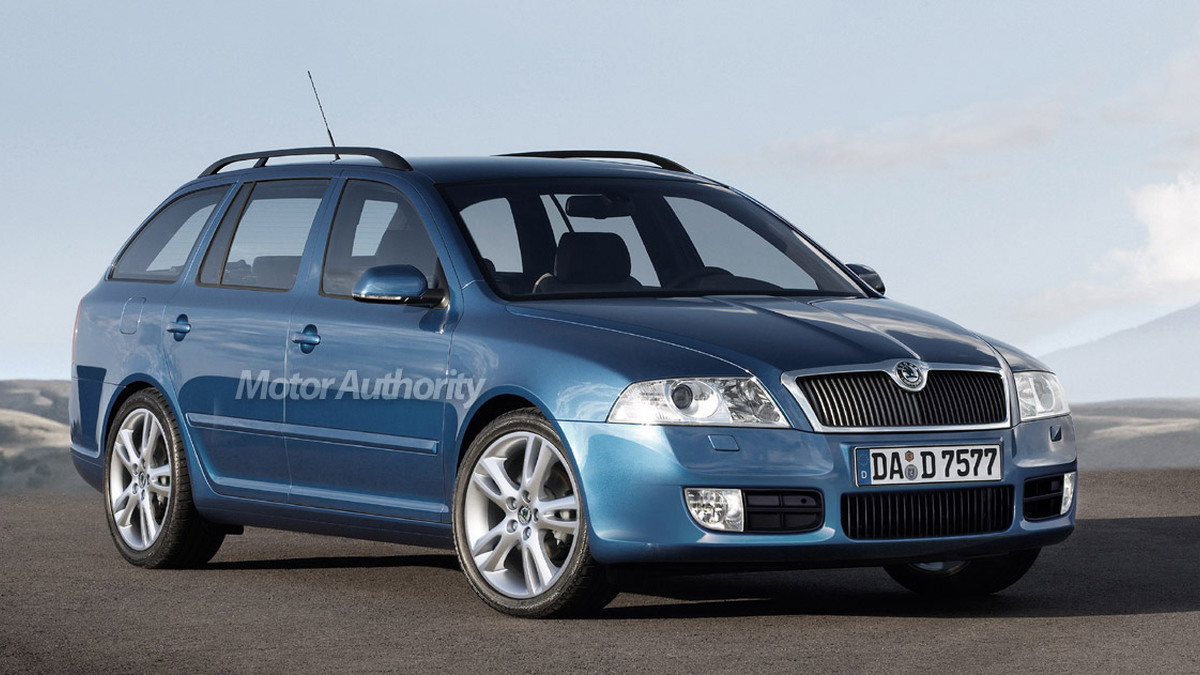 2
photos
Now that Skoda’s new flagship Superb sedan has been revealed, attention can now turn to the Czech carmaker’s next major model launch with the introduction of the facelifted Octavia range. The middle segment model will be receiving a mild restyling for its mid life-cycle update as can be seen in this rendering.

New head and taillights plus new bumpers round out the list of changes to the car’s exterior. While inside, the car will get more luxurious trim and a more modern dashboard design.

Mechanicals will remain largely unchanged, so expect to see the same 80hp 1.4L petrol engine in base models and a 150hp 2.0L version in the range topper. Several diesel engines will also be on offer including 1.9L and 2.0L units.