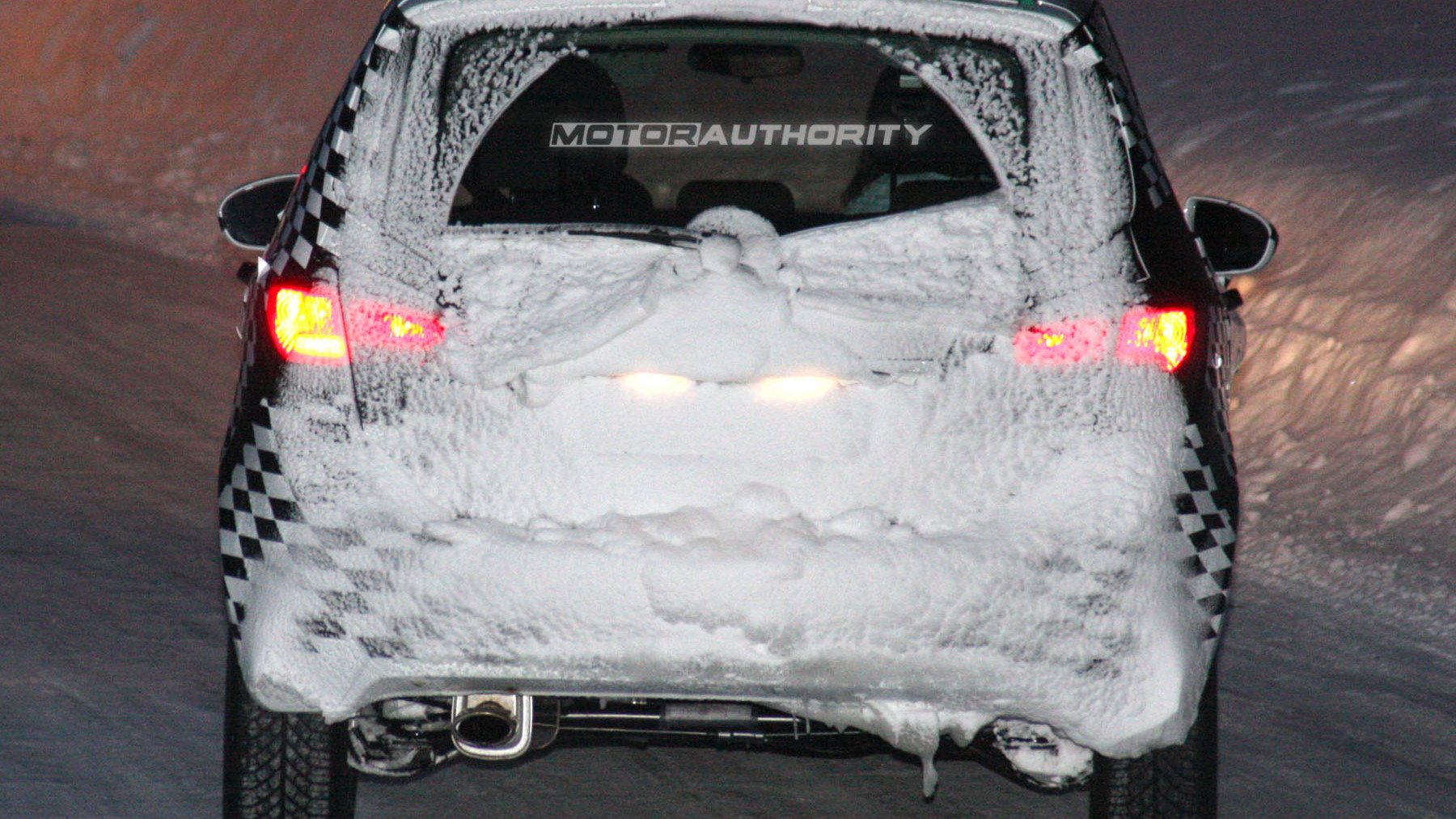 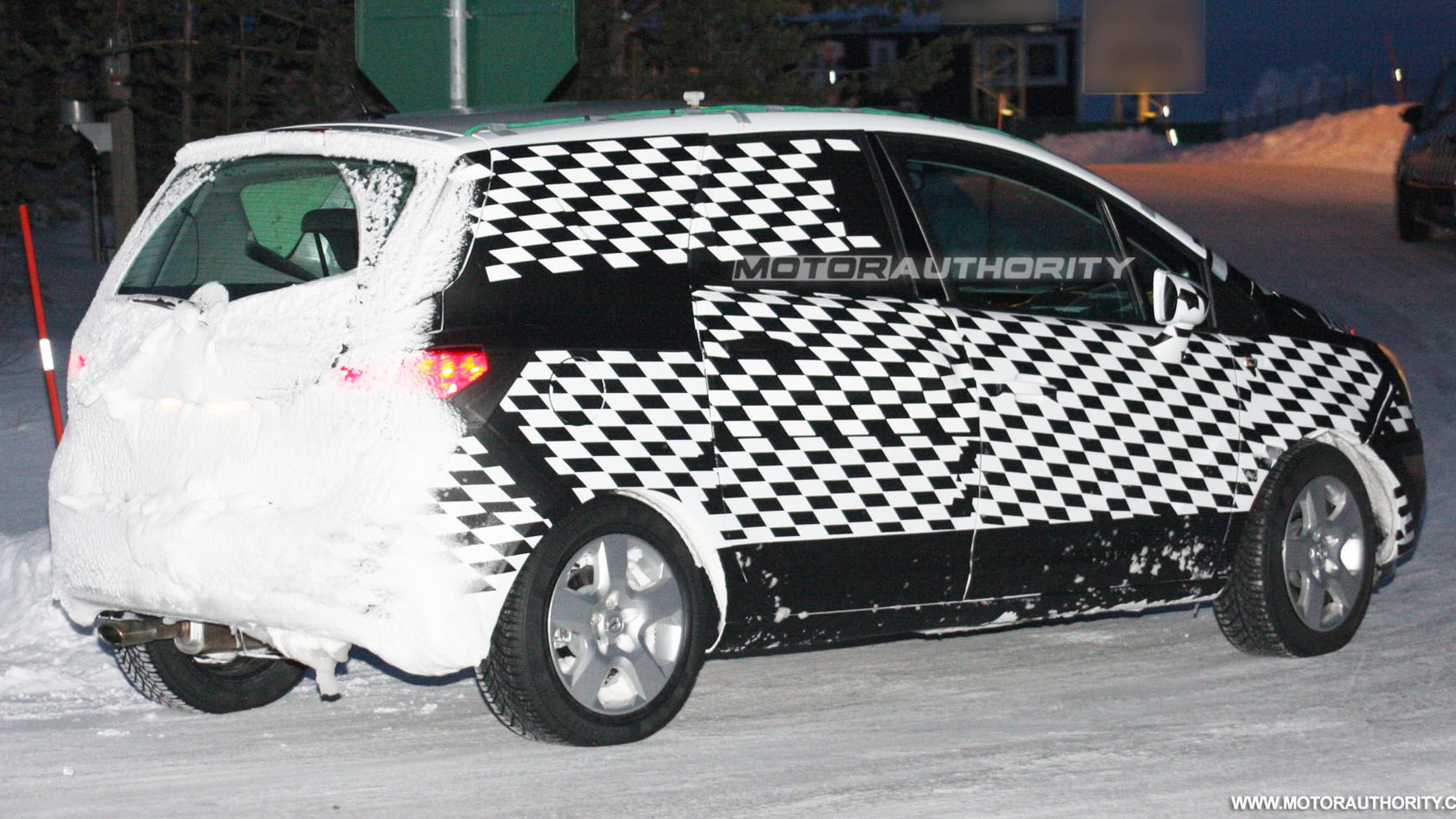 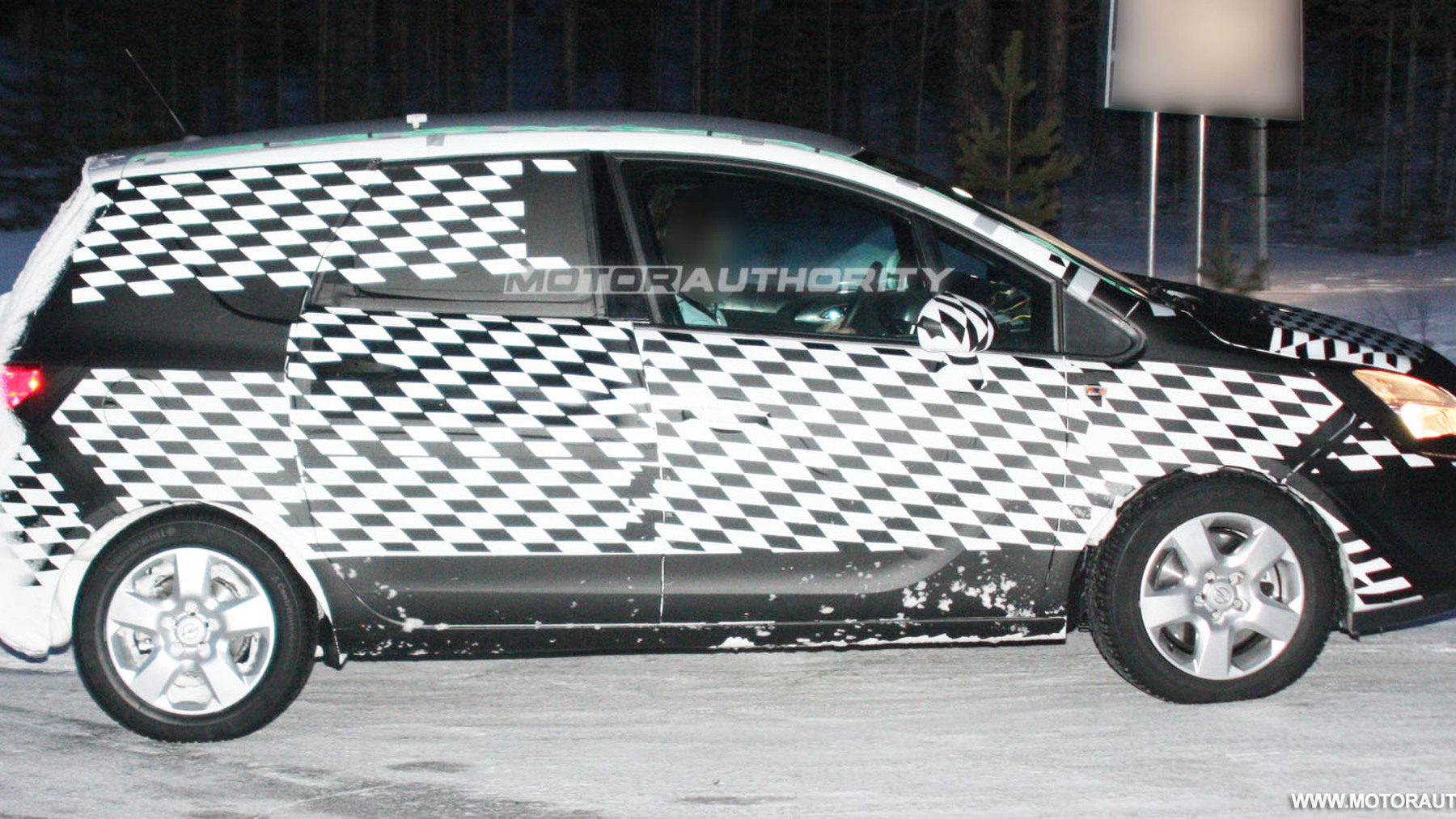 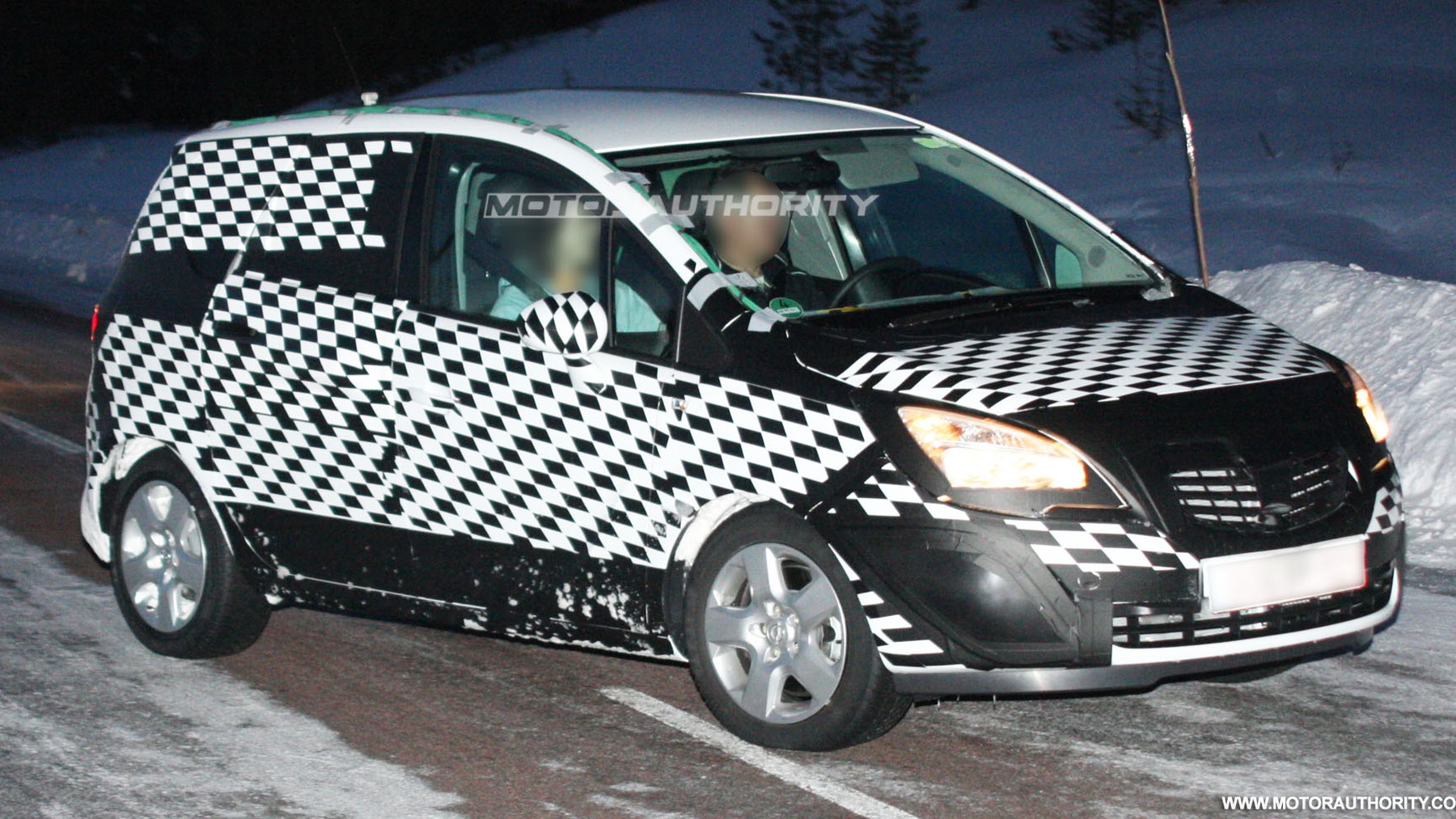 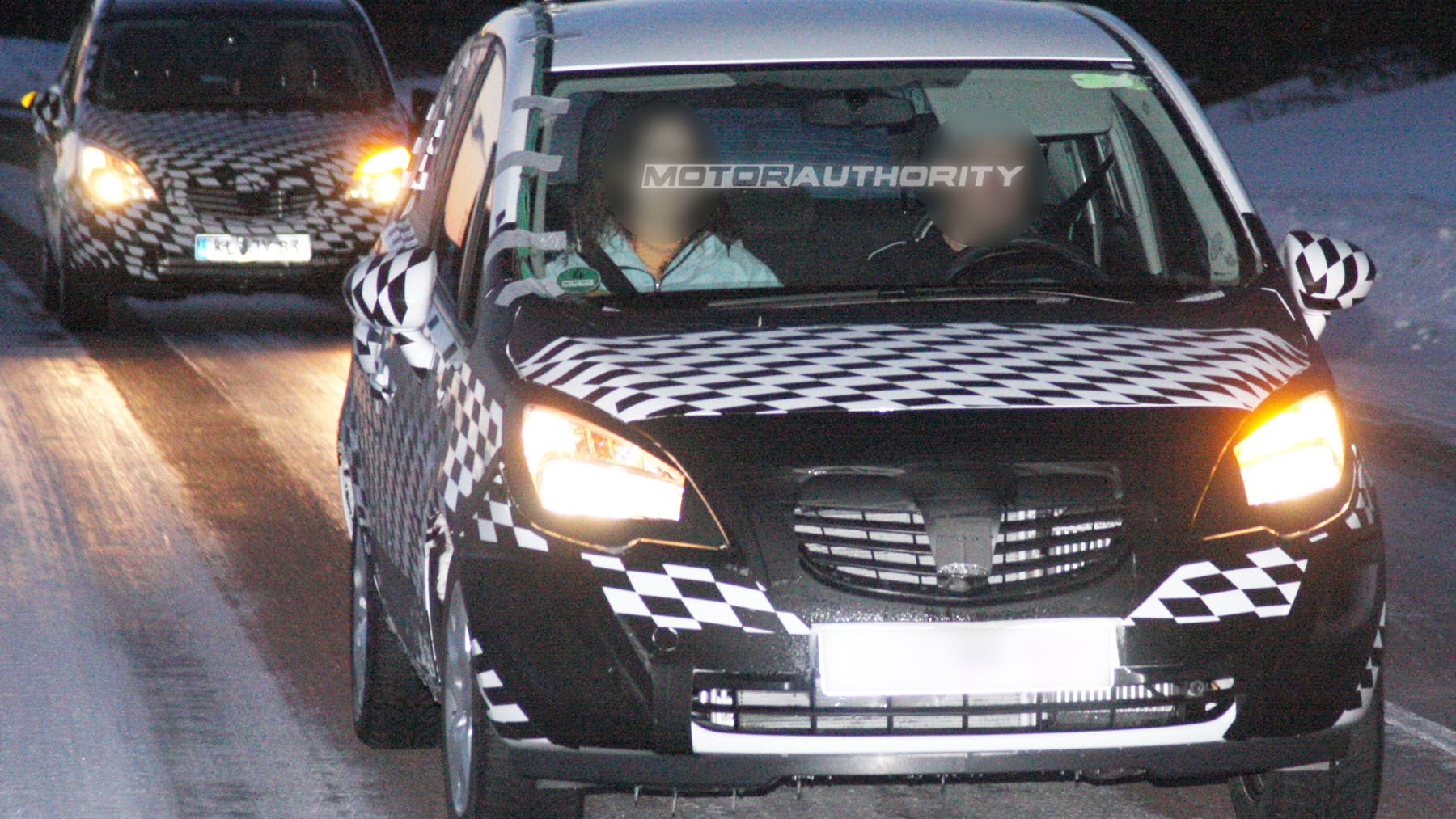 27
photos
GM’s next-generation Opel Meriva compact MPV has been caught undergoing testing once gain. Though it remains in full camouflage, many details are still discernible, including the overall shape, which remains close to the original Meriva concept from last year's Geneva Motor Show.

A very carefully placed extra segment of cladding appears to be hiding one of the most controversial lements of the concept’s design: the rear-window ‘kink’. The front door’s handle and the general construction of the doors and rubber strips indicate the rear-opening rear doors of the concept are gone. The suicide door configuration makes for better display in a car show booth, but is both inconvenient and hard to get past the legal department in the real world.

The simple and attractive front fascia, minimalist outlines, and overall configuration remain very close to the concept’s design, however. Small detail differences include the addition of a tailpipe (hidden on the concept) and the removal of the rear roof spoiler and addition of an antenna in its place.

The treatment of the rear windows and rear hatch area seem to indicate both the angular upsweep before the C-pillar and the hourglass-shaped rear hatch will carry over into production. The tail lights, though heavily camouflaged, carry a hint of the outline of the concept’s large and stylistic units as well.

The new Meriva is expected to make its world debut at the Frankfurt Motor Show in September and should be sale across Europe by the end of the year.