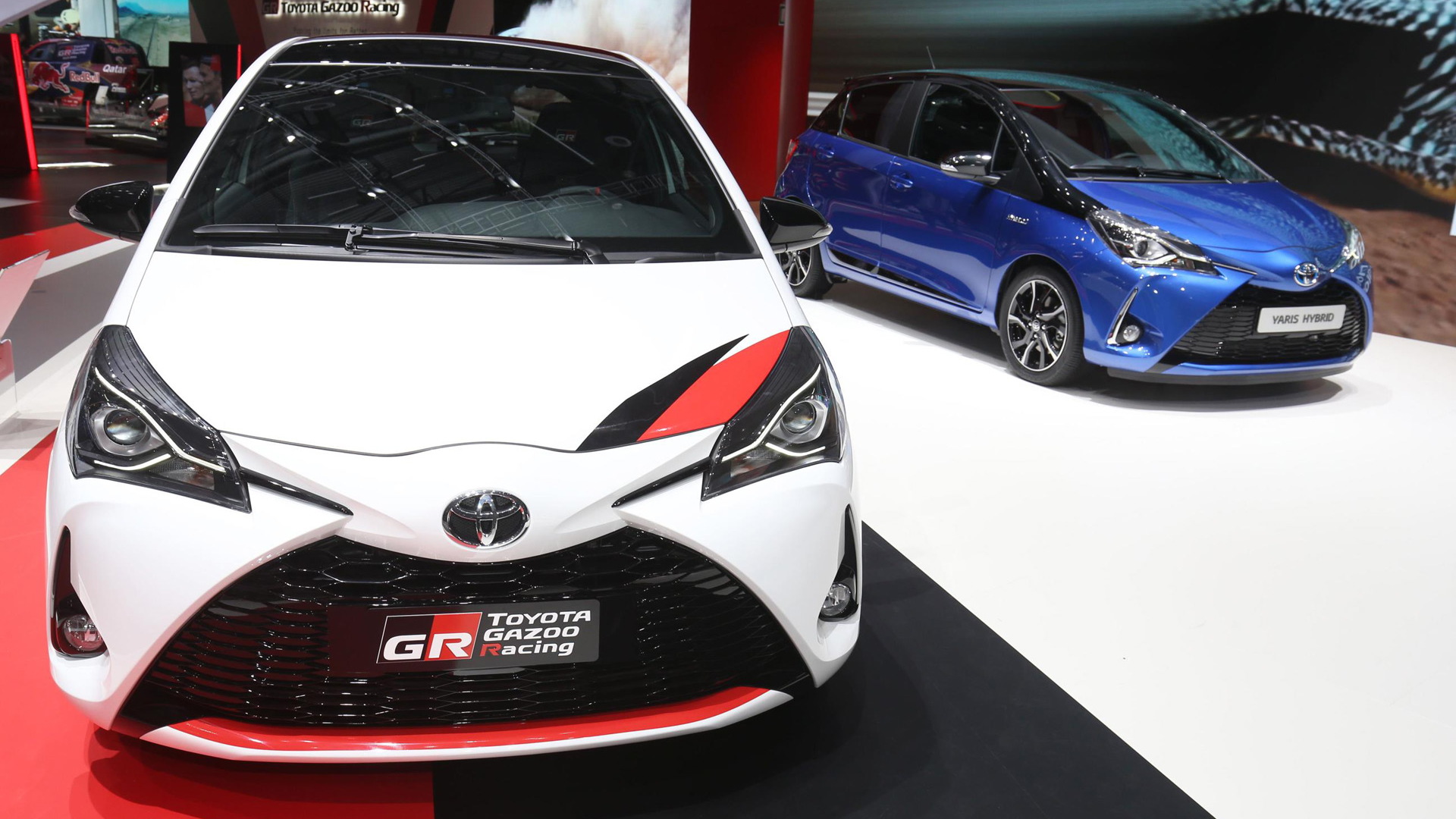 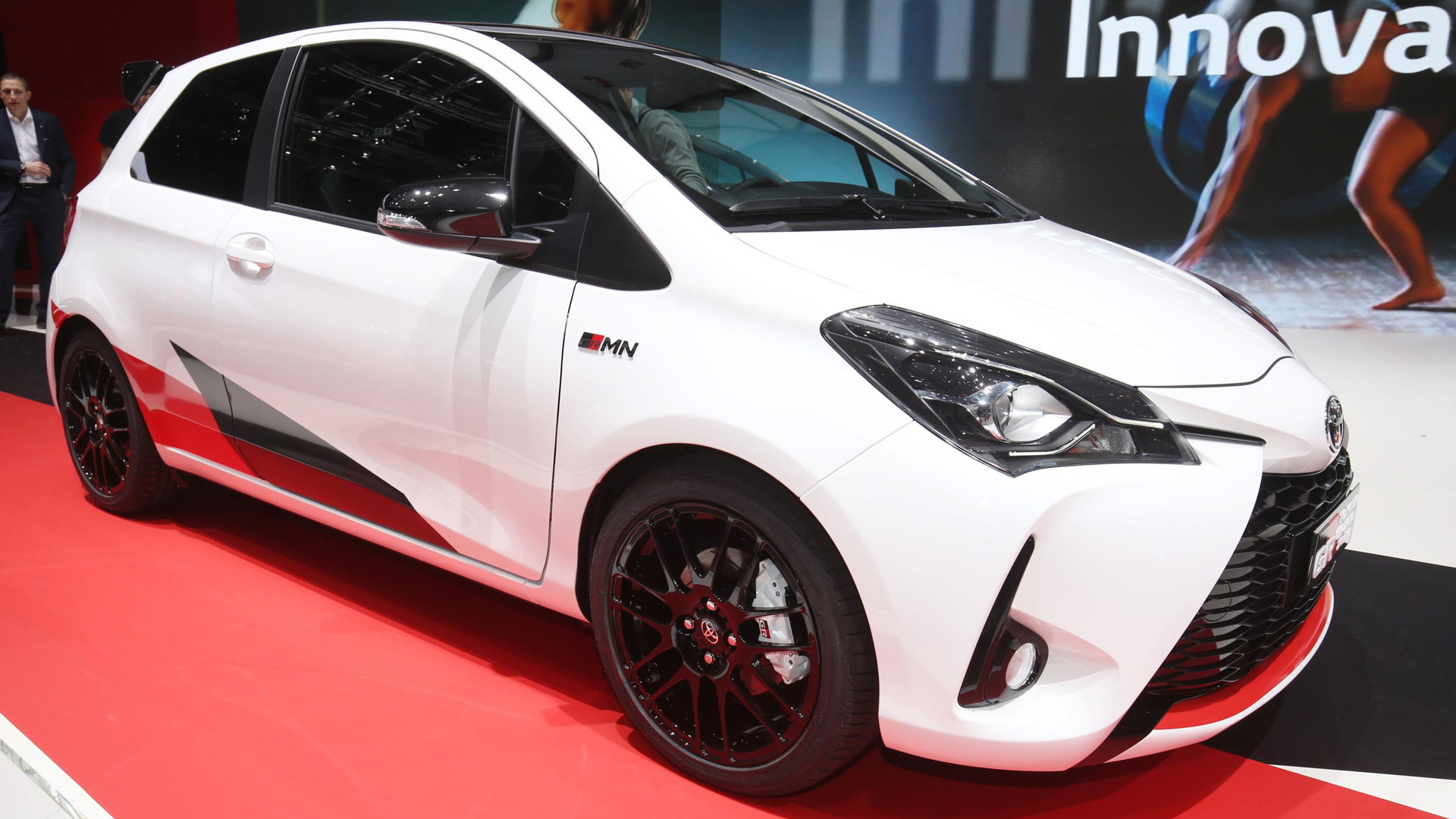 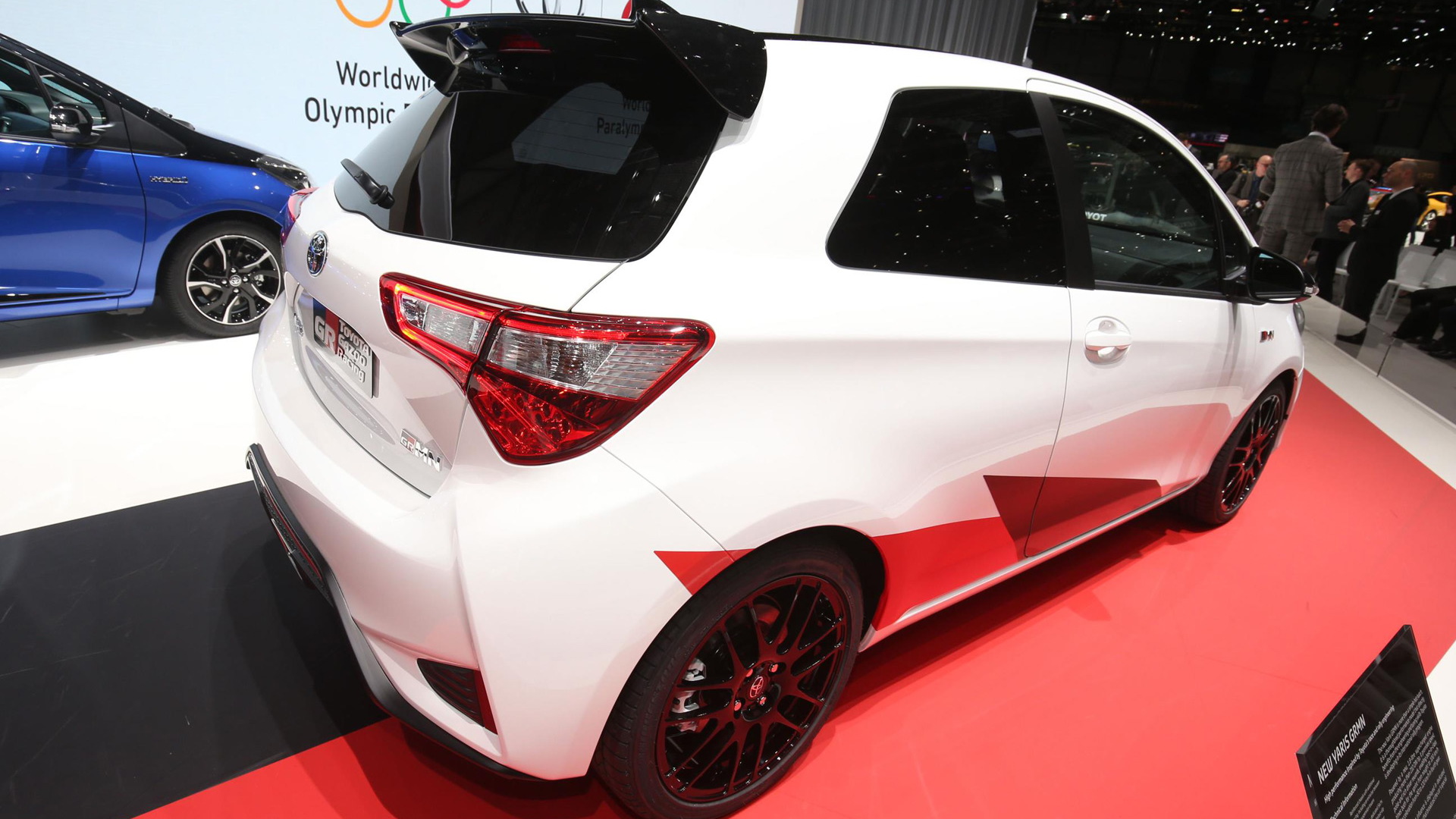 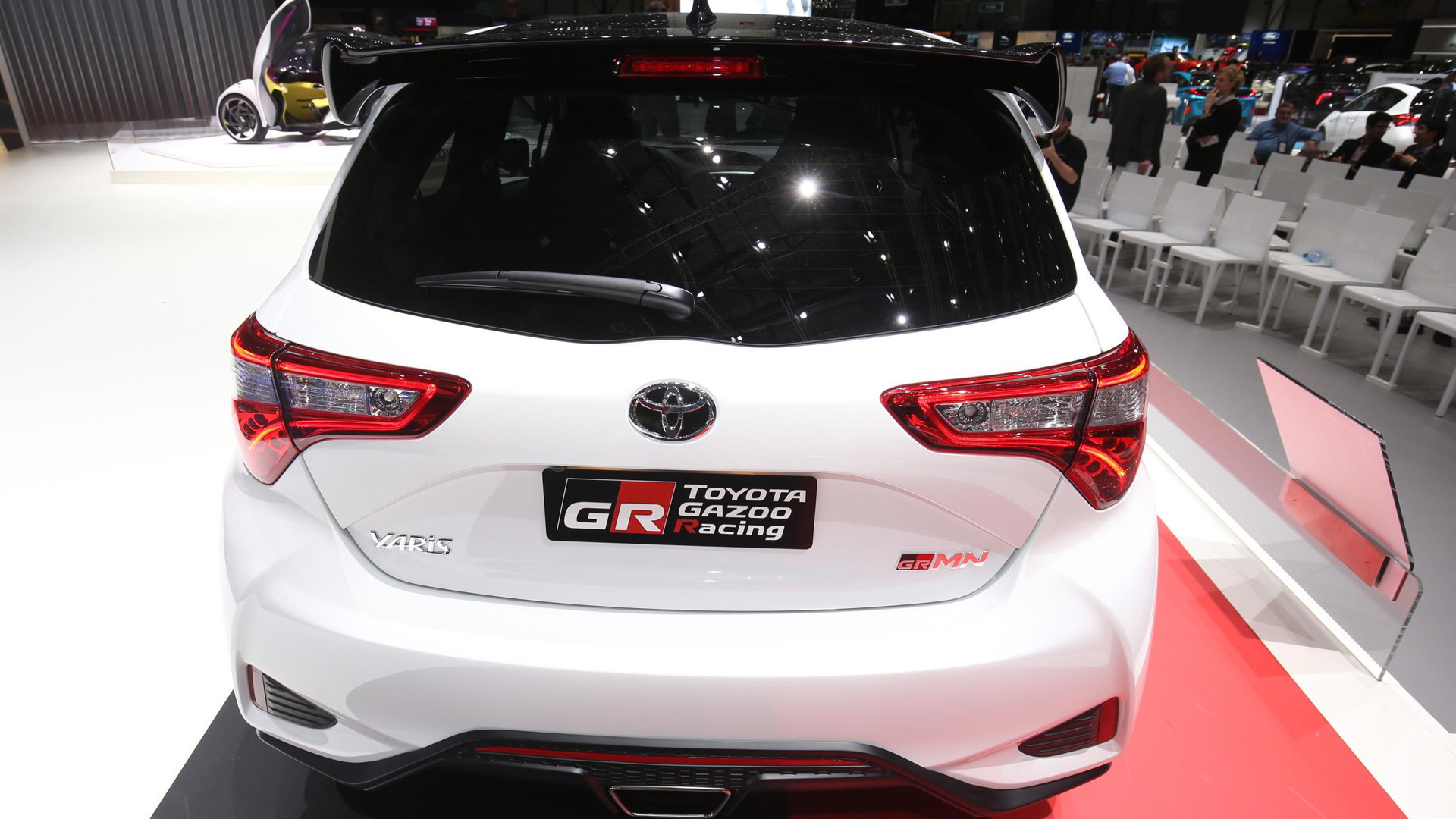 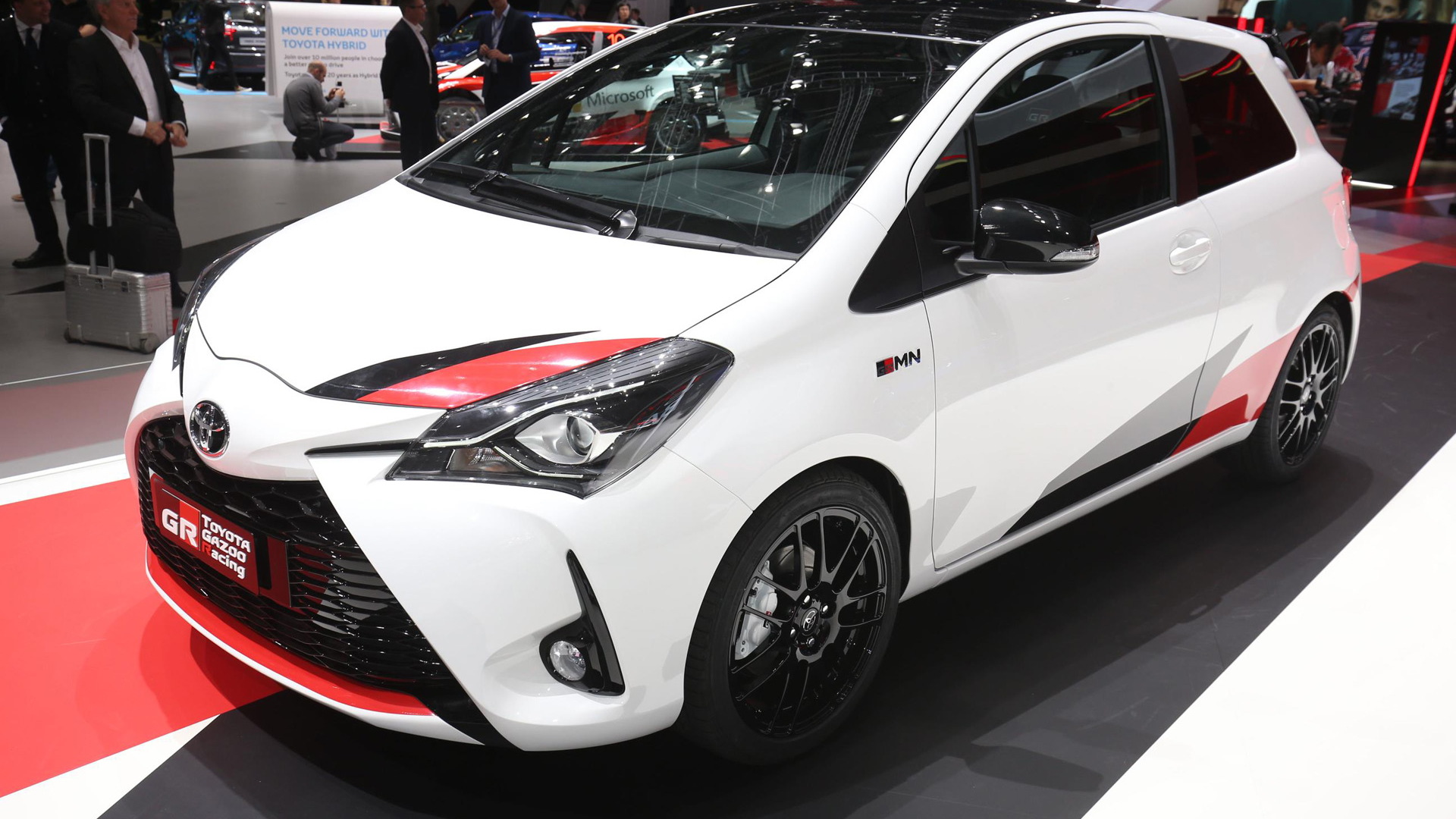 To coincide with its successful return to the World Rally Championship this year, Toyota has launched a high-performance version of its Yaris subcompact hatchback inspired by the Yaris-based rally car.

Called the Yaris GRMN, the car made its world debut this week at the 2017 Geneva auto show and is the first global model to be grouped in Toyota’s GRMN (Gazoo Racing Masters of Nürburgring) performance division. Previous GRMN cars, like the 86 GRMN (shown below), have been limited to the Japanese market.

Powering the Yaris GRMN is confirmed to be a supercharged 1.8-liter inline-4 delivering over 205 horsepower. It’s paired up with a 6-speed manual and drives the front wheels only. The car also benefits from an aero kit as well as upgrades to its wheels, tires and brakes. The wheels are a 17-inch BBS set wrapped in 205/45R17 Bridgestone Potenza RE050A rubber.

Additional mods include chassis bracing and reinforcements such as a front suspension tower brace. You’ll also find shorter, stiffer springs for a lower ride height, Sachs-developed dampers, a thicker anti-roll bar at the front, and a Torsen limited-slip differential on the front axle.

The rally car theme is continued into the cabin which features Gazoo Racing-branded bucket seats, a sports steering wheel borrowed from the 86, and an aluminum shifter and pedal kit.

The Ford Fiesta ST and Volkswagen Polo GTI rival debuted alongside an updated Yaris range benefiting from design modifications that include new front and rear styling and a more modern cabin. Unfortunately, there's been no mention of whether the Yaris GRMN will be sold in the United States. There also hasn't been any mention of performance times.

With GRMN, Toyota is aiming to strengthen the performance image of its road cars by linking them with its racing efforts which in addition to WRC includes campaigns in NASCAR, Super GT and the World Endurance Championship. The goal is to turn it into a rival for Ford Performance and Nismo.