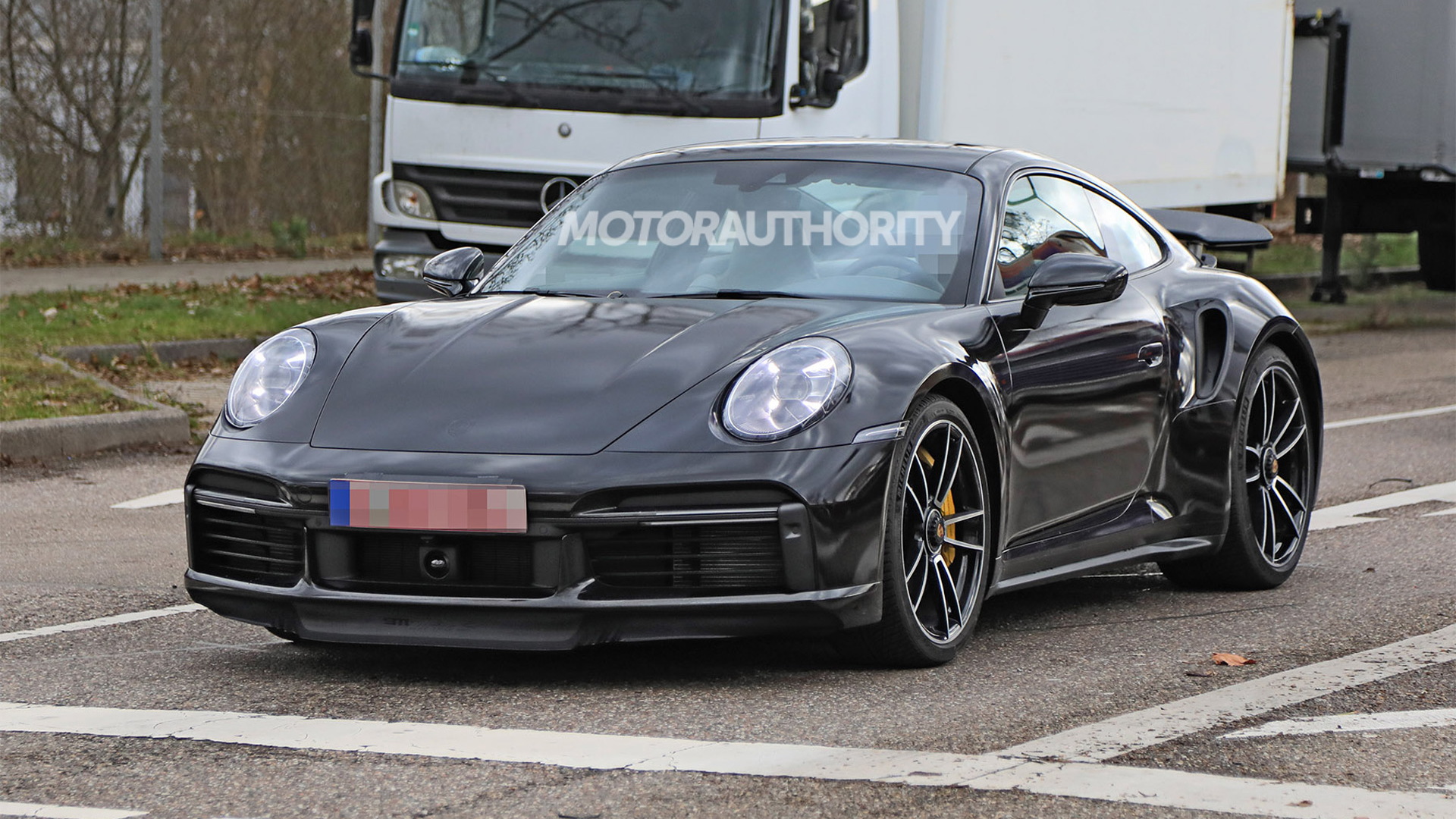 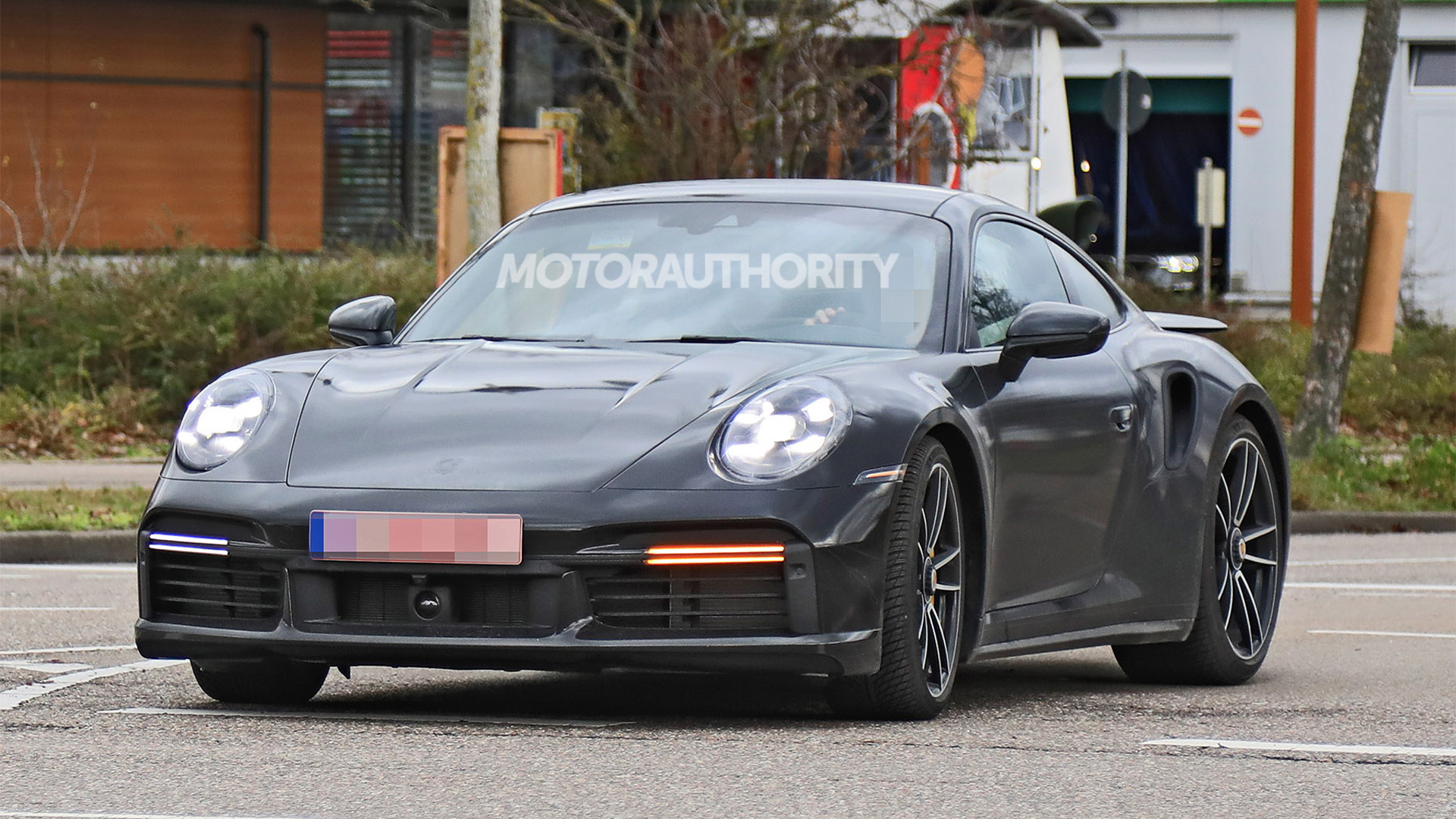 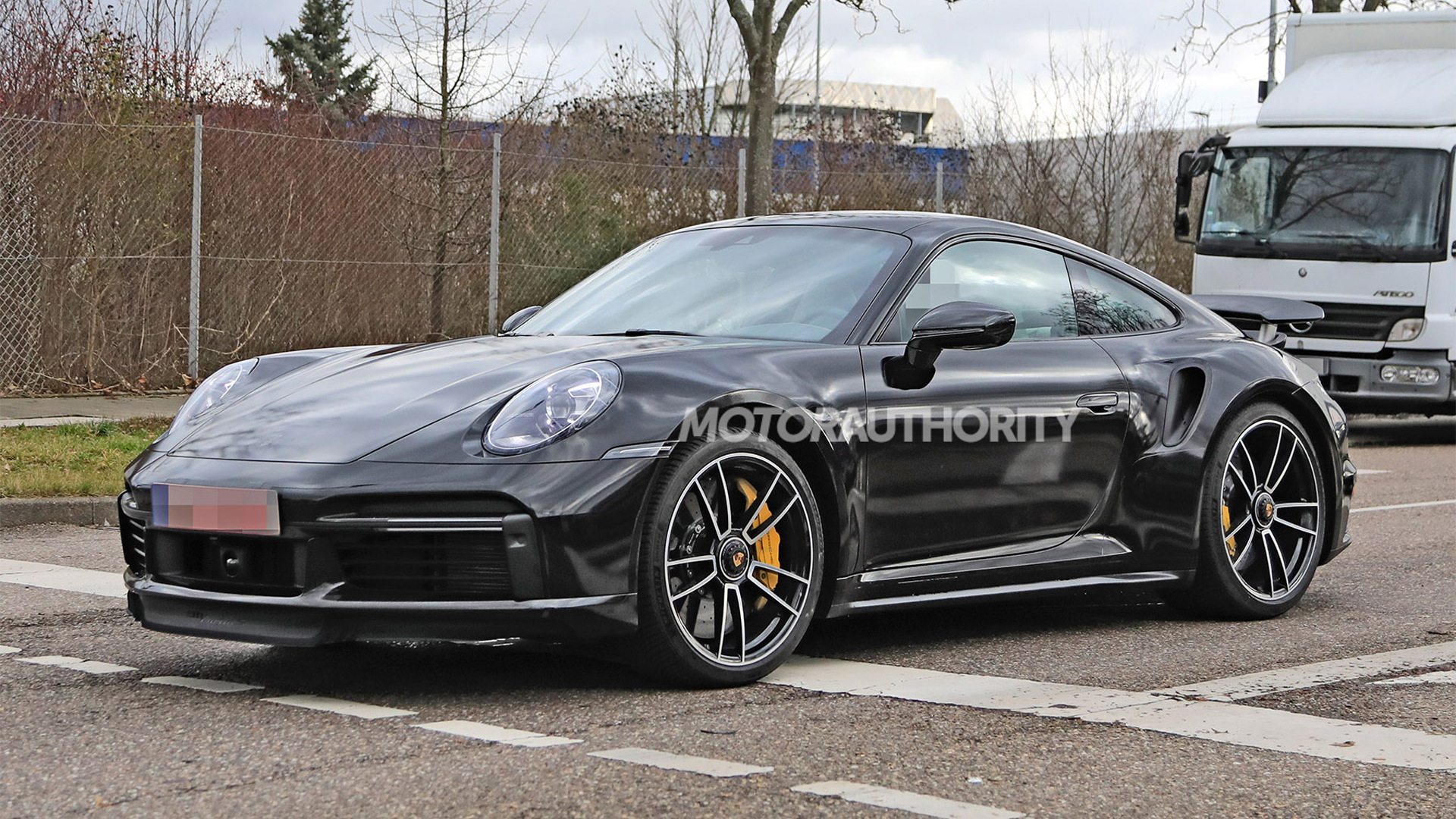 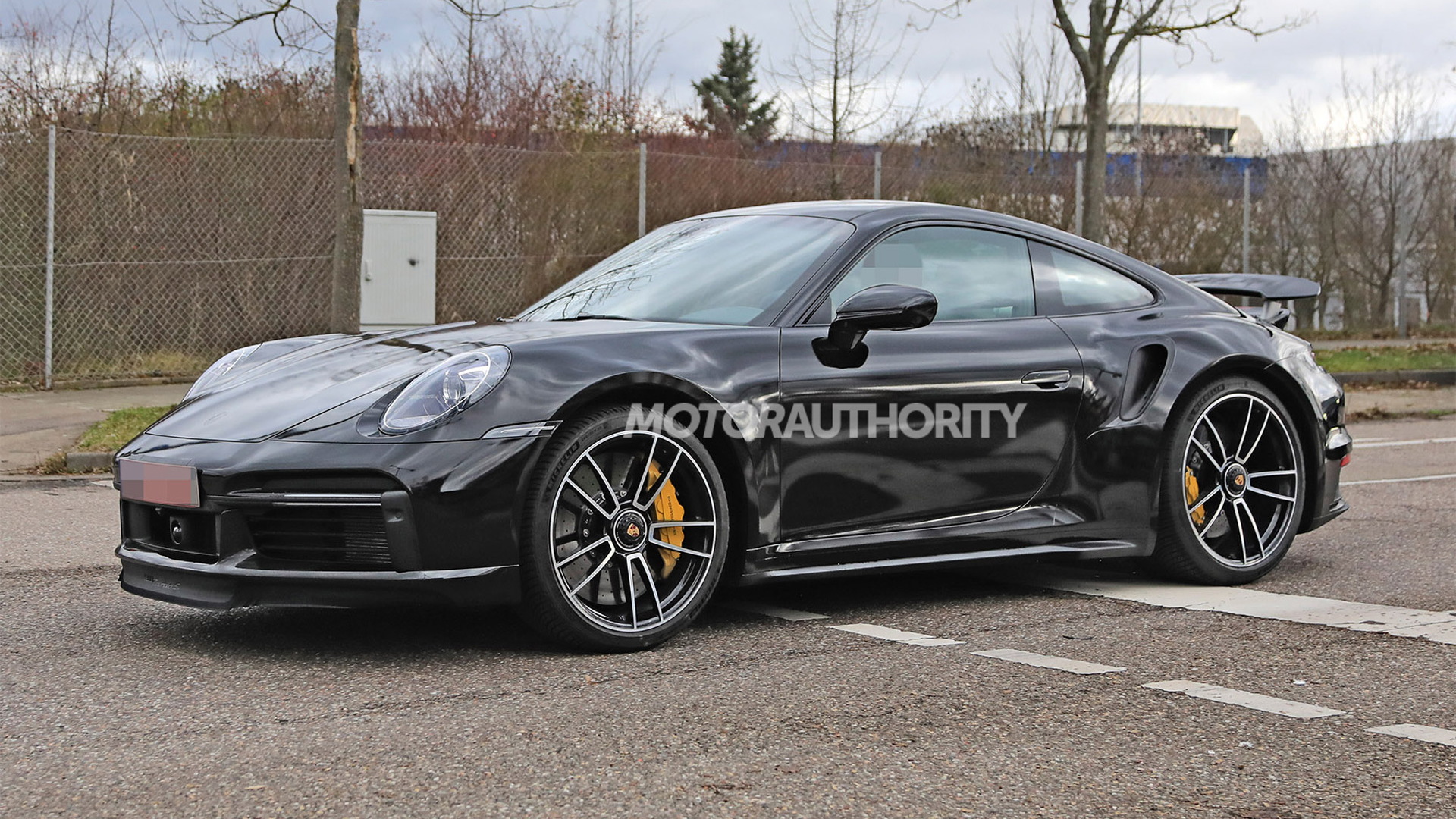 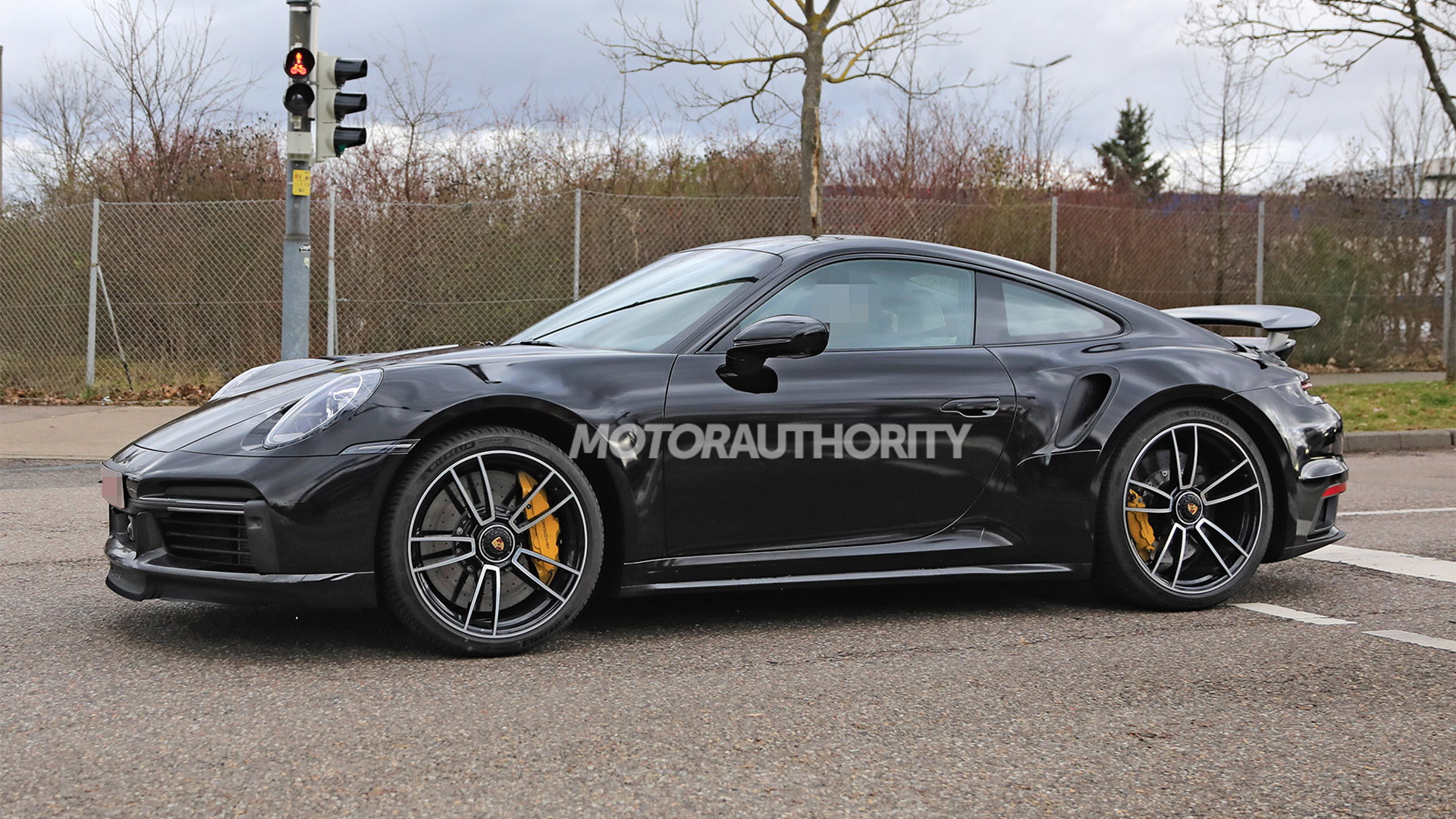 Spy photographers have spotted a prototype for a new generation of the Porsche 911 Turbo, the everyday supercar.

Porsche's redesigned 992-generation 911 is already in showrooms in basic Carrera guise, and it's a brilliant performance machine despite being the entry to the range. But you can count on there being multiple other versions to cater to Porsche’s discerning clientele. We’re talking close to two dozen distinct models eventually. Included among the range will be the new Turbo, which will be available both as a coupe and convertible.

The prototype may look like previous testers for the Carrera. However, a number of clues identify it as the Turbo. The gaping hole in each of the rear fenders and the cooling vents at either side of the rear fascia indicate an engine with extra potency. There are also additional intakes above the daytime running lights, an extended rear wing, and some massive brake rotors.

The powertrain will be a twin-turbocharged flat-6, as is the case for the car's predecessors, and it will be mated to an 8-speed dual-clutch transmission and all-wheel-drive system. Power should be up compared to the outgoing Turbo, which is rated at 540 horsepower. We should be looking at close to 600 hp for the Turbo and closer to 640 hp for the spicier Turbo S. 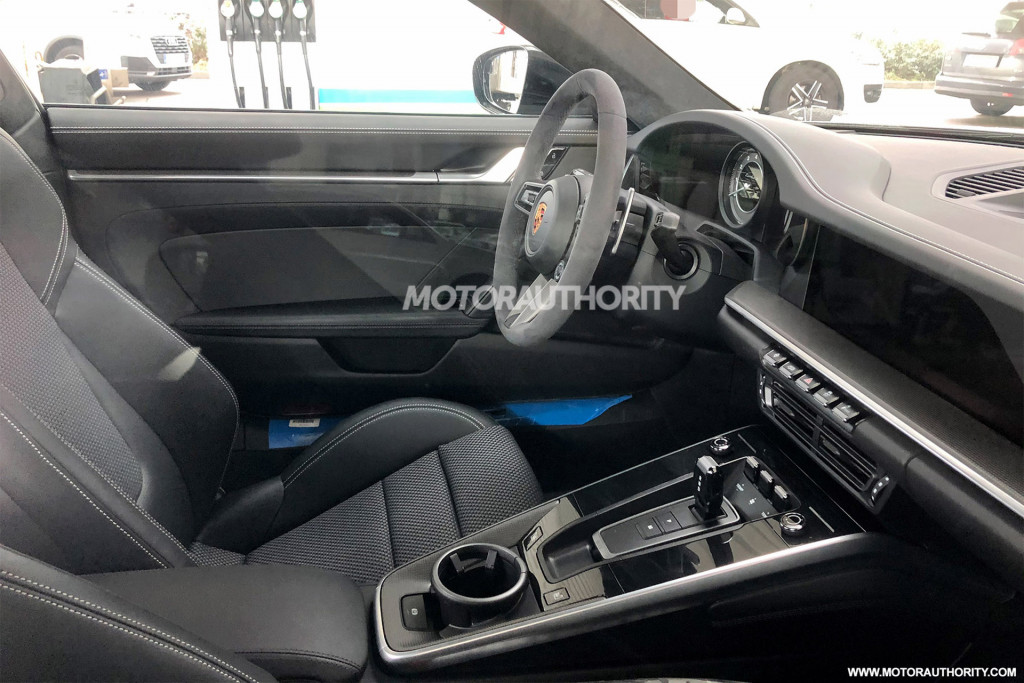 We've heard that the Turbo S will eventually be electrified to the tune of 700 hp, though this isn't expected to happen until the updated 992.2 is introduced around 2023. Yes, Porsche is working on a hybrid 911 and the Turbo S is a good starting point. It fits with Porsche’s top-down strategy for electrification, which has seen a hybrid powertrain used for the range-topping Panamera Turbo S E-Hybrid.

Look for the new 911 Turbo to arrive shortly. And about the same as its debut will be the arrival of the track-focused 911 GT3.