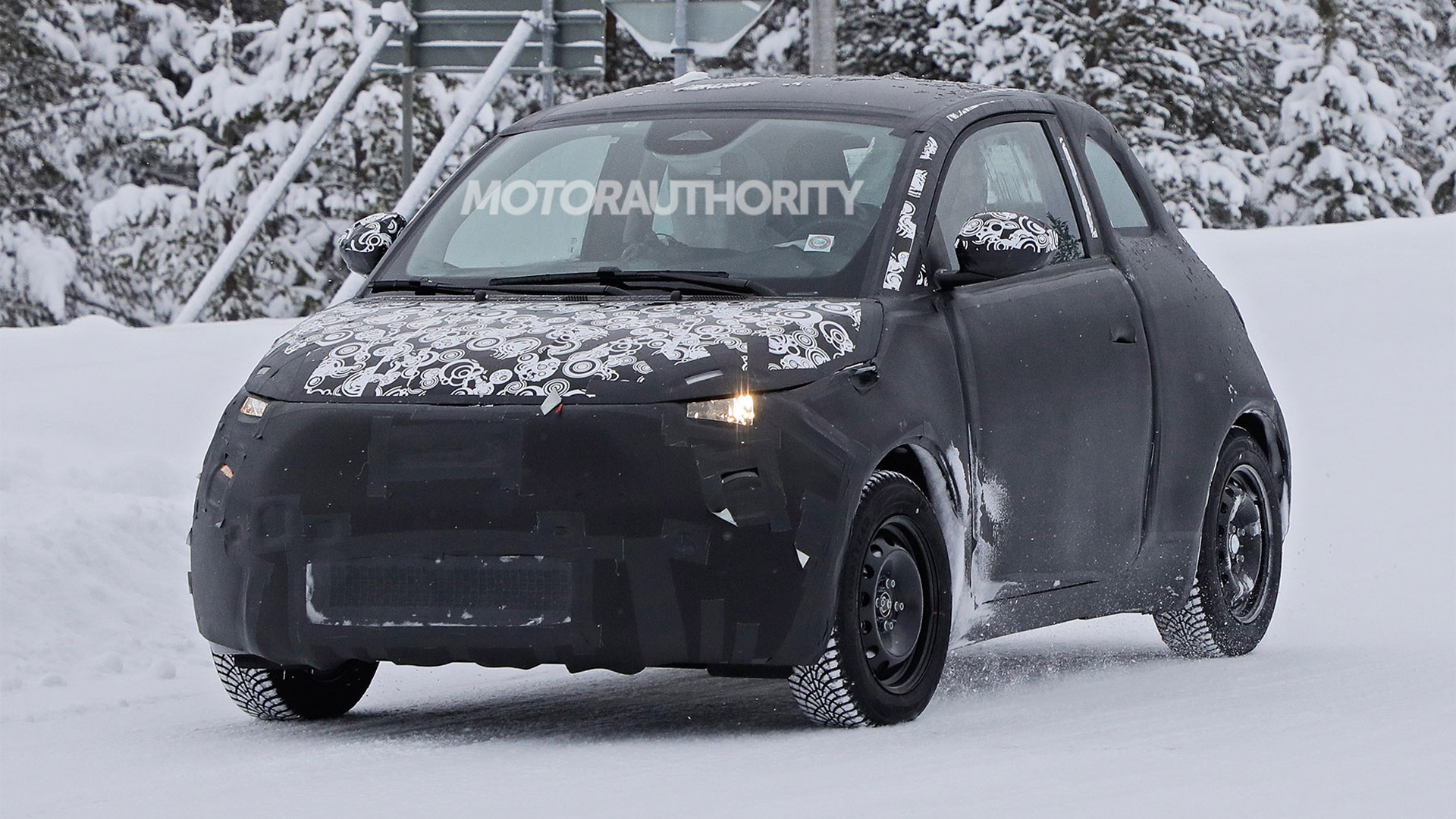 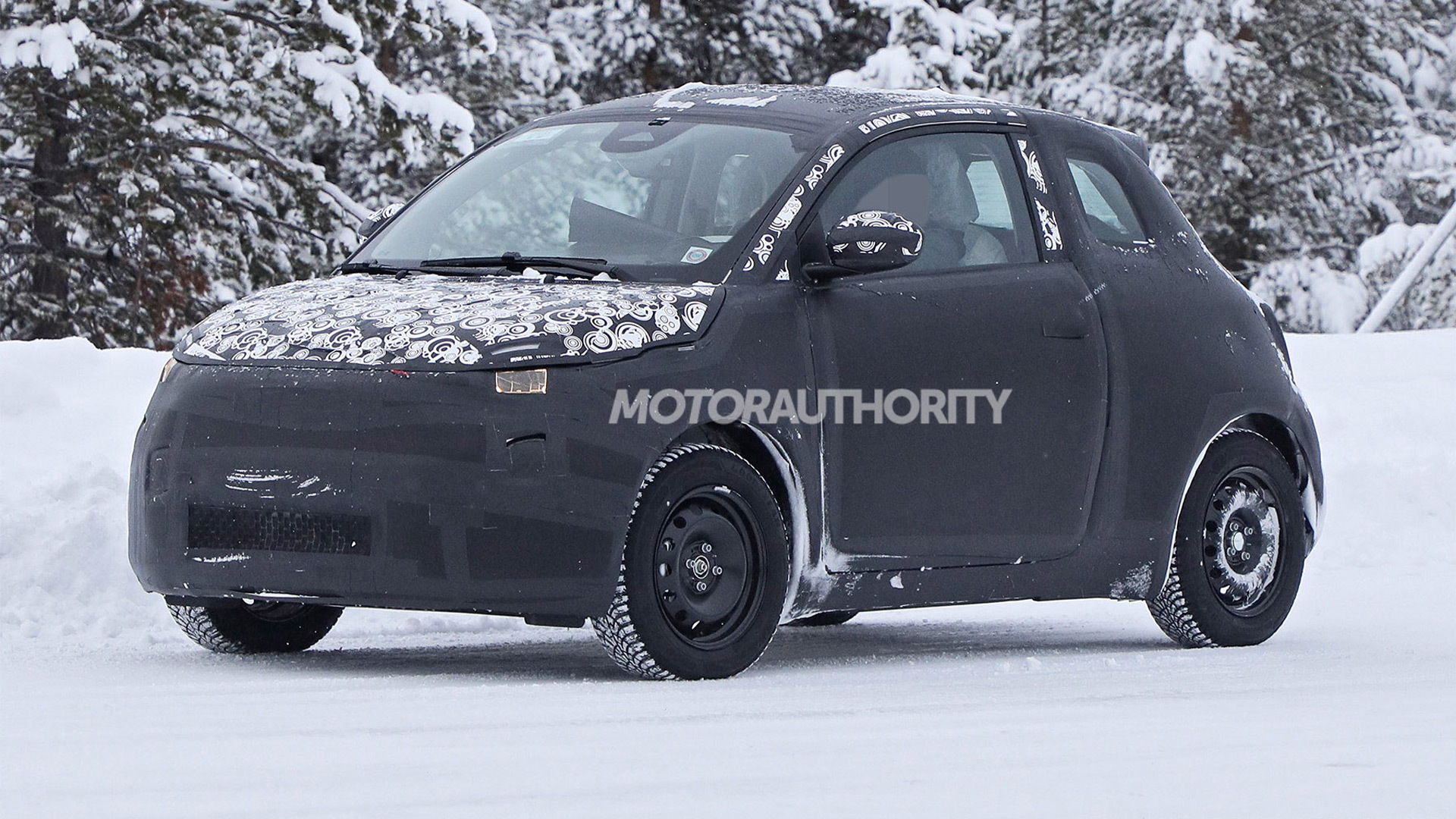 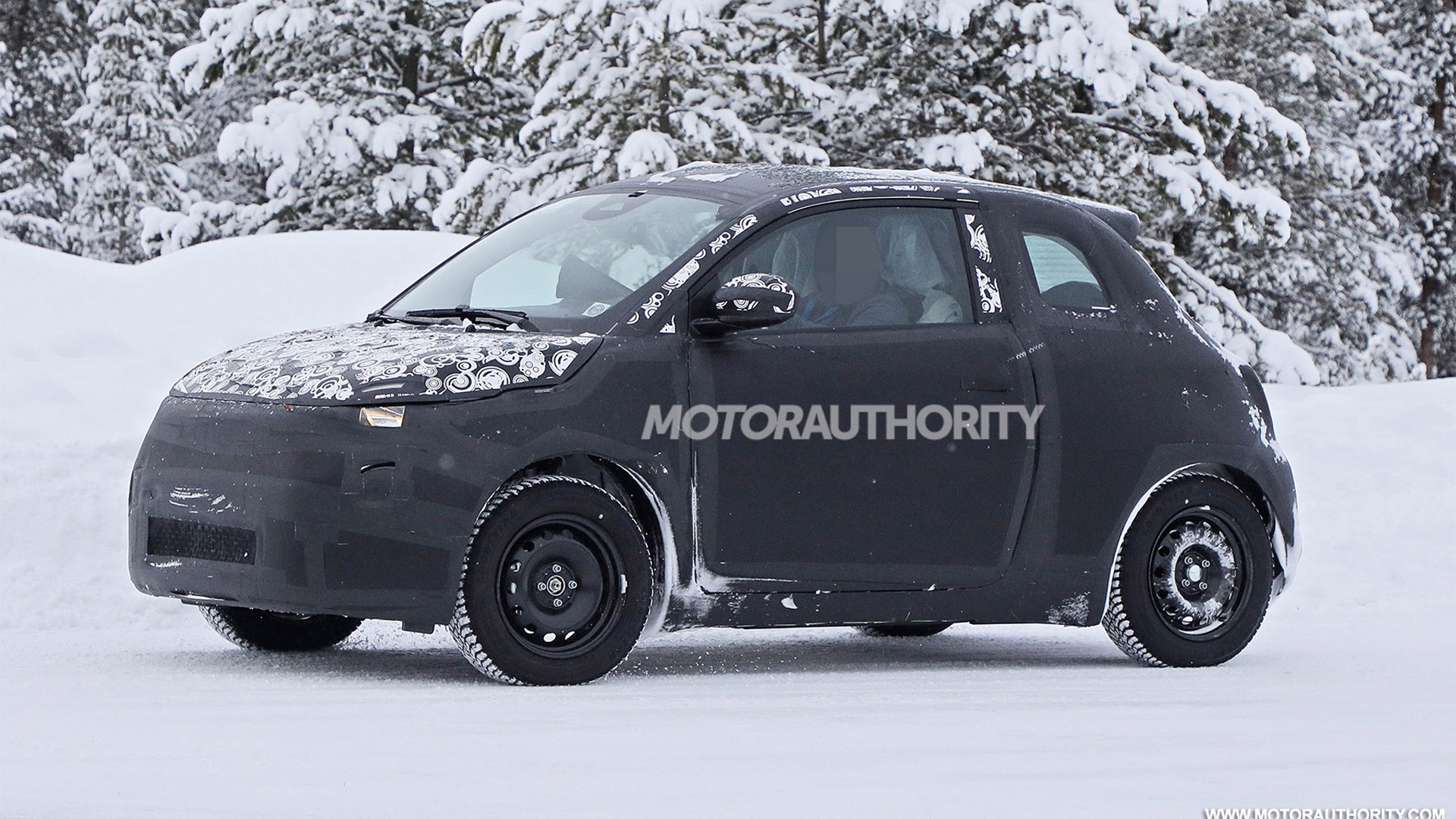 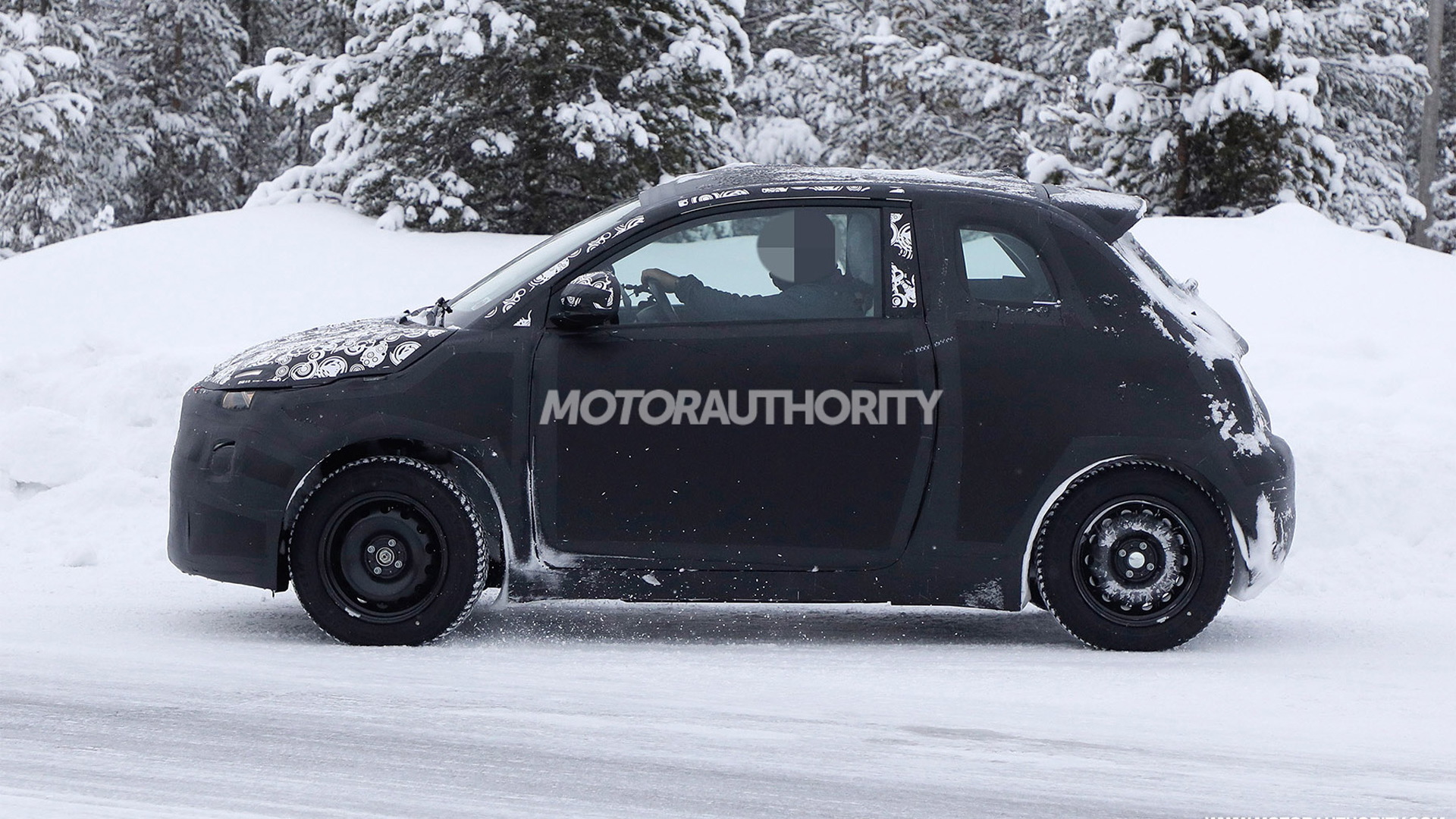 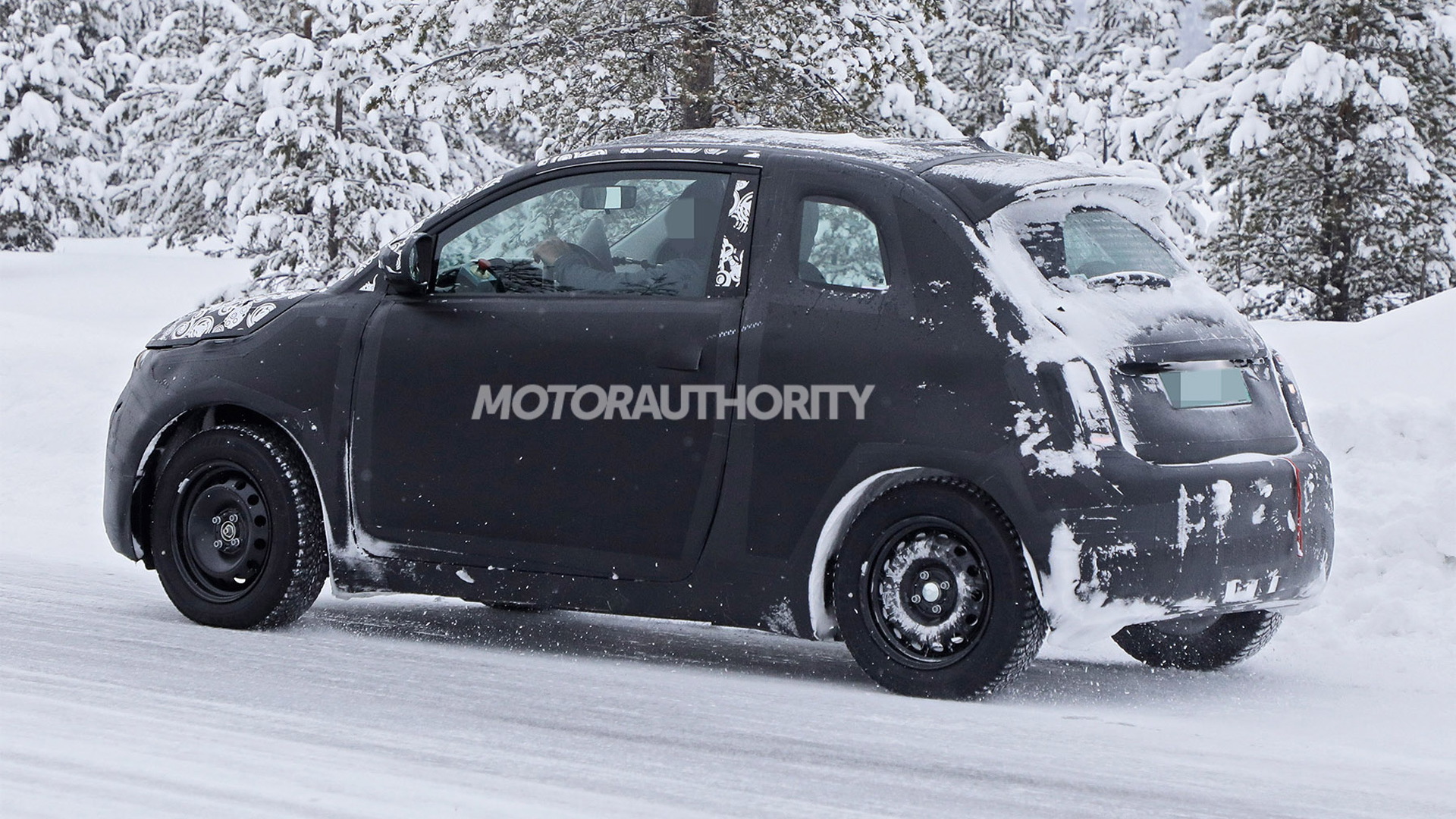 Fiat's 500 minicar will come in for a major shakeup in the coming weeks.

A new generation of the battery-electric 500e based on a dedicated EV platform will be introduced alongside the current gasoline-powered model, the latter of which is expected to receive styling updates to match the electric version.

A heavily camouflaged prototype for the new 500e has just been spotted by our spy photographers.

This new 500e won't be a compliance car but a global model that Fiat predicts will sell at up to 80,000 units per year, possibly with multiple body styles. The prototype has been spotted testing in the United States but it isn't clear if we'll see the new 500e sold locally, though there's a good chance we'll at least see it in the same states where Fiat sells the current 500e. The gas-powered 500 was dropped here after 2019.

We know this is the 500e because of the missing exhaust pipe, a lightning-bolt safety sticker on the windshield, and the makeshift cap in the fuel-filler spot that likely hides a charging port.

Fiat announced last summer it was spending 700 million euros (approximately $787 million) to upgrade its Mirafiori plant in Italy to support production of the new 500e and future electric models.

It isn't clear what the driving range will be but Fiat is expected to offer buyers a choice of battery sizes. Fiat's Concept Centoventi unveiled at the 2019 Geneva International Motor Show previewed the automaker's dedicated EV platform and was said to be capable of delivering a range anywhere between 62 miles right up to 310 miles.

Production of the 500e is scheduled to commence in June. If sold here, the electric hatch will likely arrive as a 2021 model.