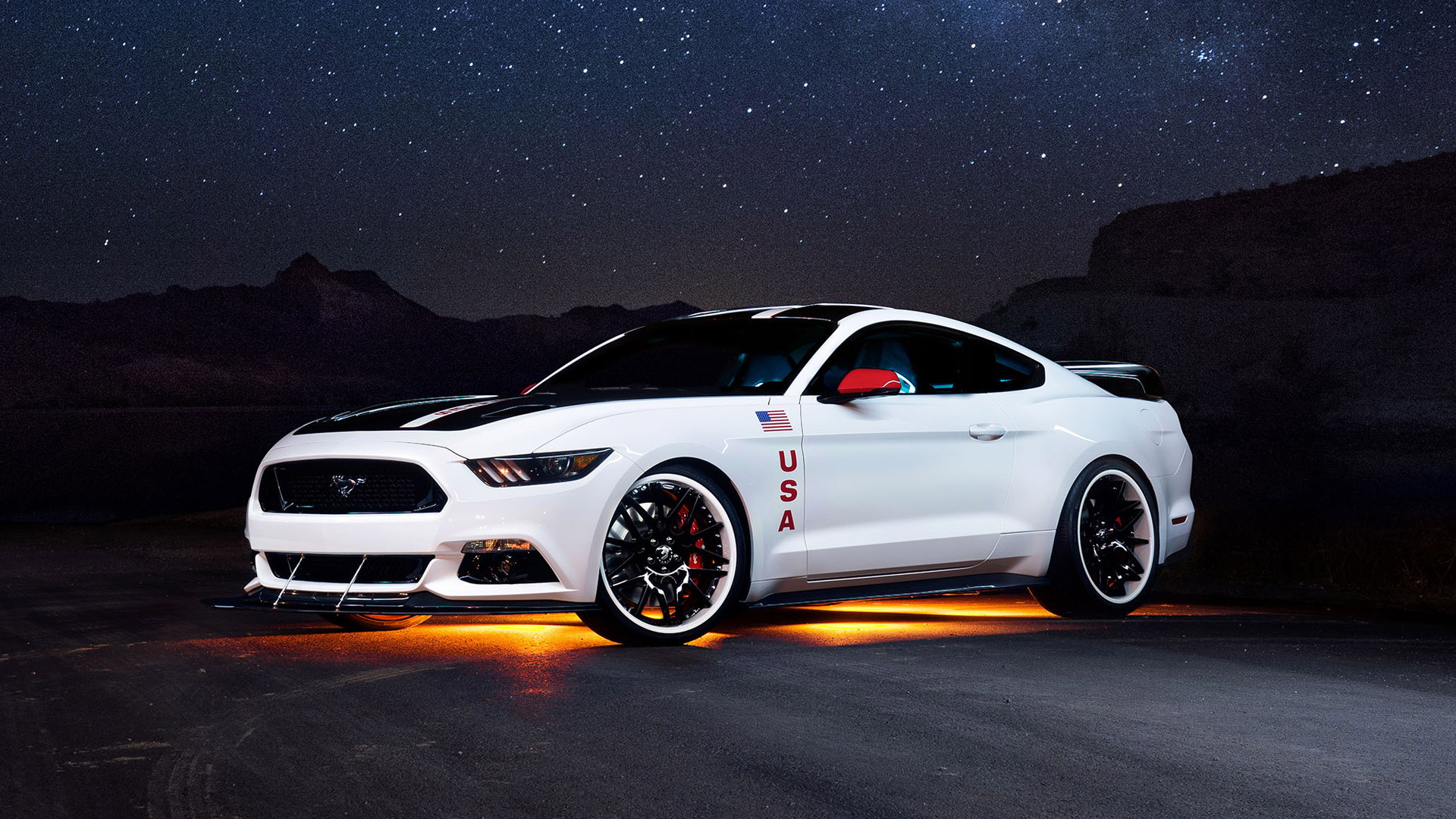 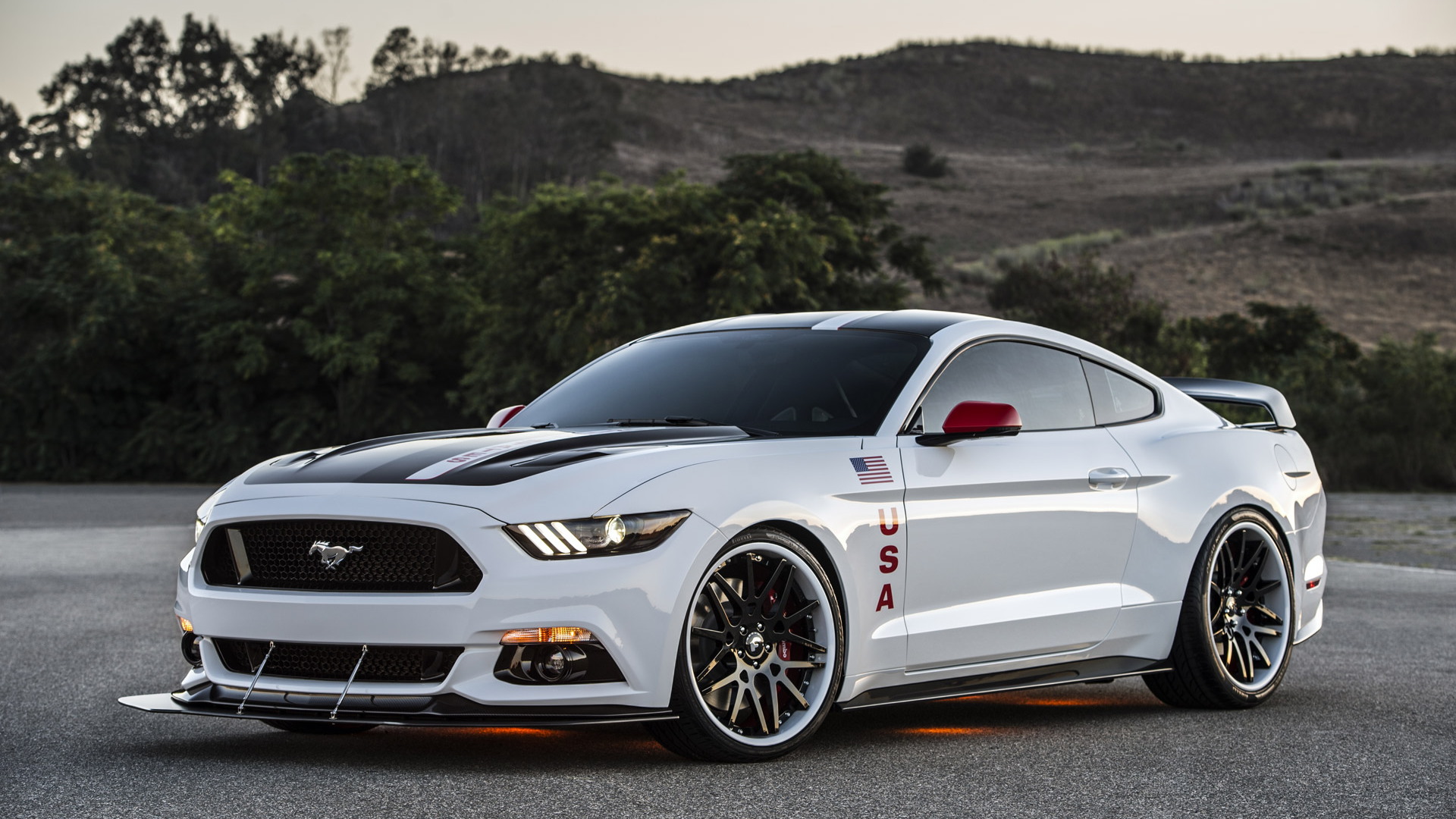 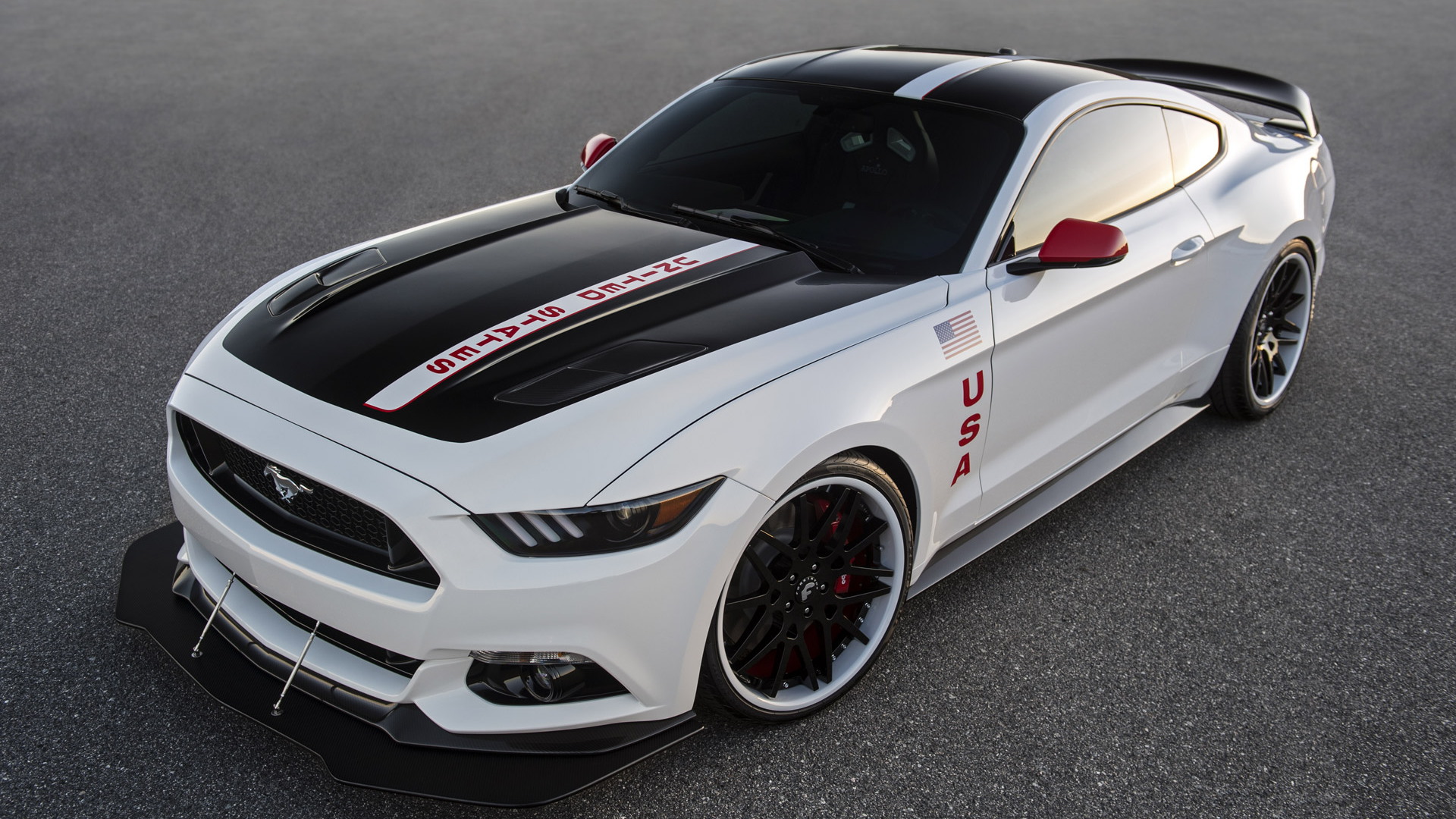 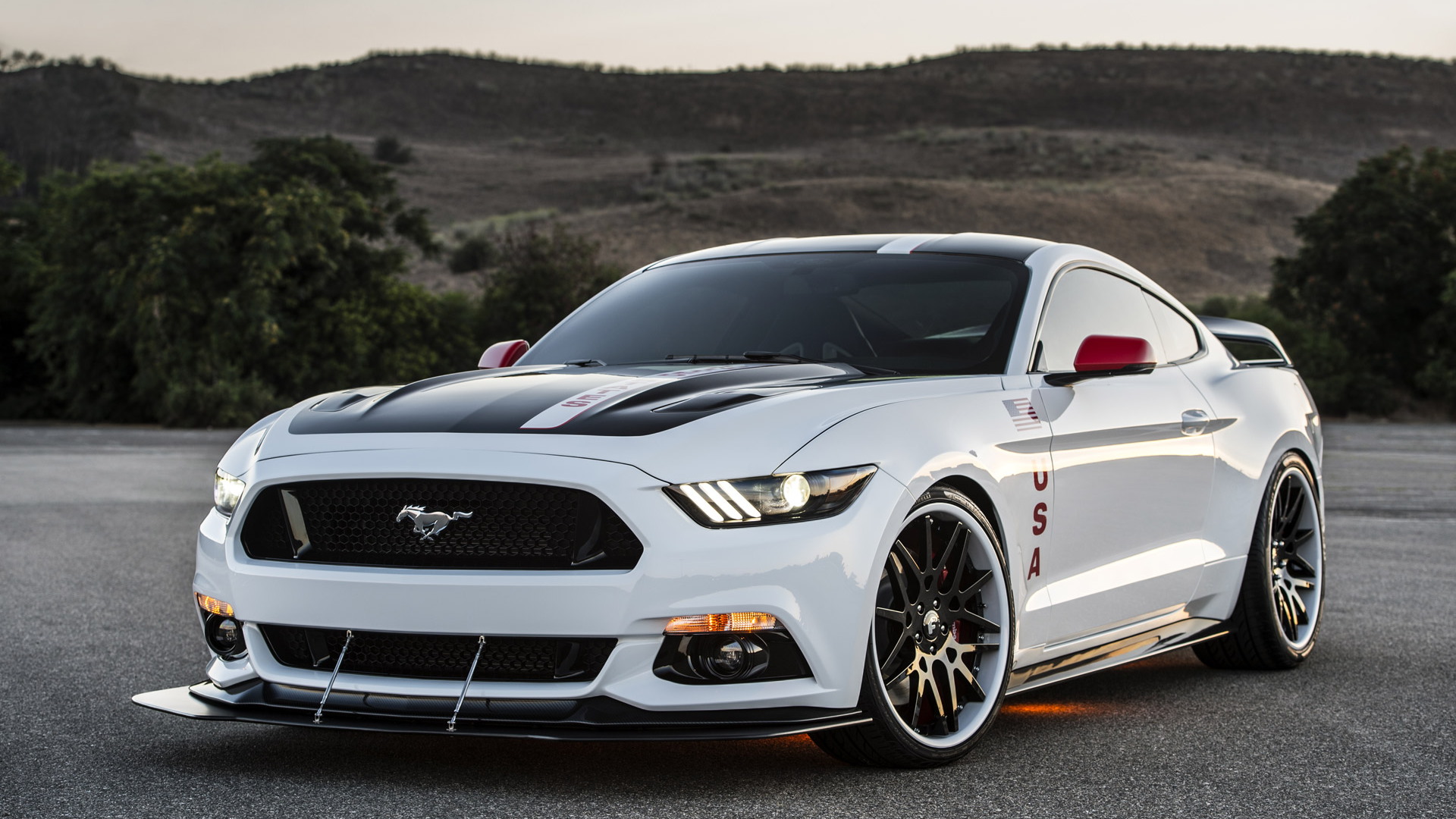 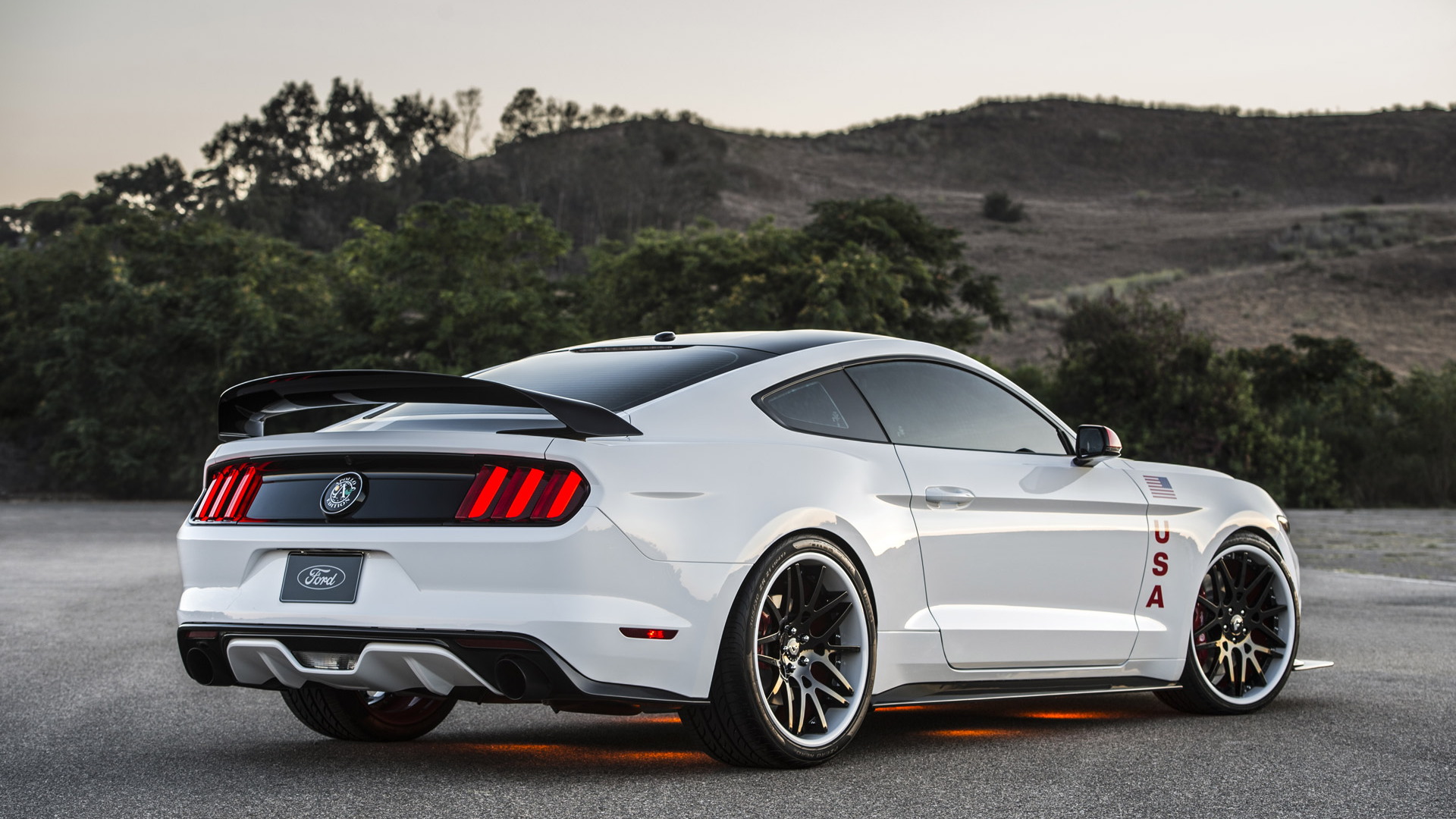 It’s that time of year again. Time for the EAA AirVenture fly-in aircraft convention which takes place each and every year in Oshkosh, Wisconsin, and where the Ford Motor Company [NYSE:F] typically auctions off a one-of-a-kind Mustang to help raise funds for training of  the next generation of pilots.

This year will be Ford’s 16th consecutive year as exclusive automotive sponsor for the event, and it will also be the eighth year that the automaker has donated a unique Mustang to be sold. The latest is the 2015 Ford Mustang Apollo Edition, and as its name suggests it was developed with inspiration from the Apollo program.

Led by Ford designer Melvin Betancourt, the team working on the Mustang Apollo Edition chose a customized glossy and matte paint scheme with a carbon fiber front splitter, rear diffuser and rocker moldings and accent treatments for the car. The same theme is carried over into the cabin, which features special performance gauges, modified instrument clusters, unique sill plates, custom trim and a deleted rear seat.

The mechanicals have been worked on as well. Based on the Mustang GT, the car’s 5.0-liter V-8 has been upgraded with a supercharger that helps boost output to 627 horsepower and 540 pound-feet of torque. The car also gets a new exhaust system, lowered suspension, Brembo brakes and 21-inch wheels from Forgiato.

“The Ford Apollo Edition Mustang salutes man’s greatest technological achievement, with the ingenuity, precision, and power that defined the spirit of American innovation,” Edsel B. Ford II said in a statement. “Inspired by the Apollo program, Ford Motor Company committed itself to including exhilarating power, cutting-edge technology, and extraordinary craftsmanship in this automobile, which will support the next generation of pilots in EAA’s aviation education programs for young people.”

The 2015 EAA AirVenture runs July 20-26, at Wittman Airport in Oshkosh, Wisconsin. The live auction of the Mustang Apollo Edition will take place July 23 and interested buyers will need to pre-qualify by contacting the EAA development office at 800-236-1025 or [email protected] Just remember, though, bids on these collector cars typically run into six-figure territory.