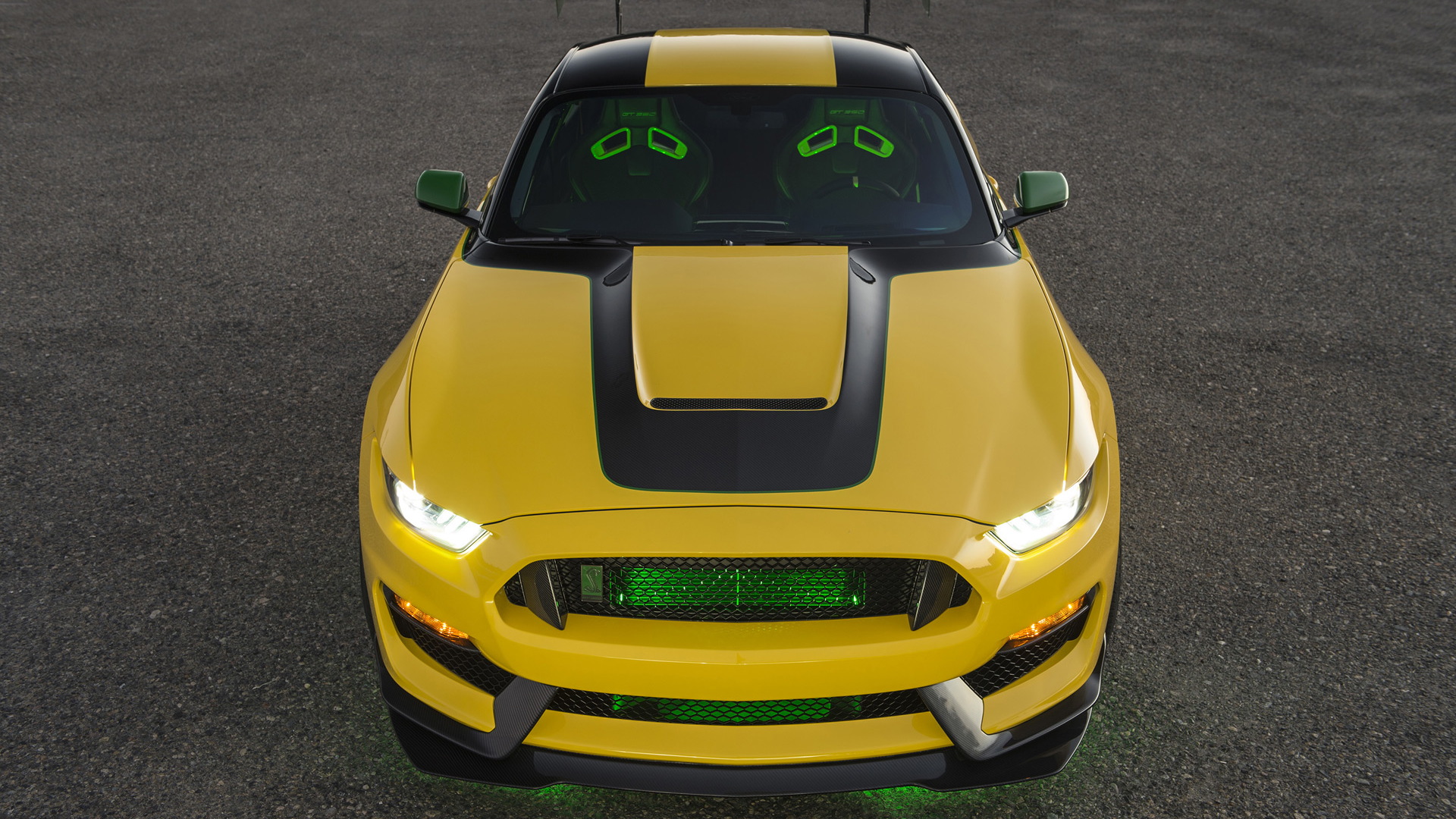 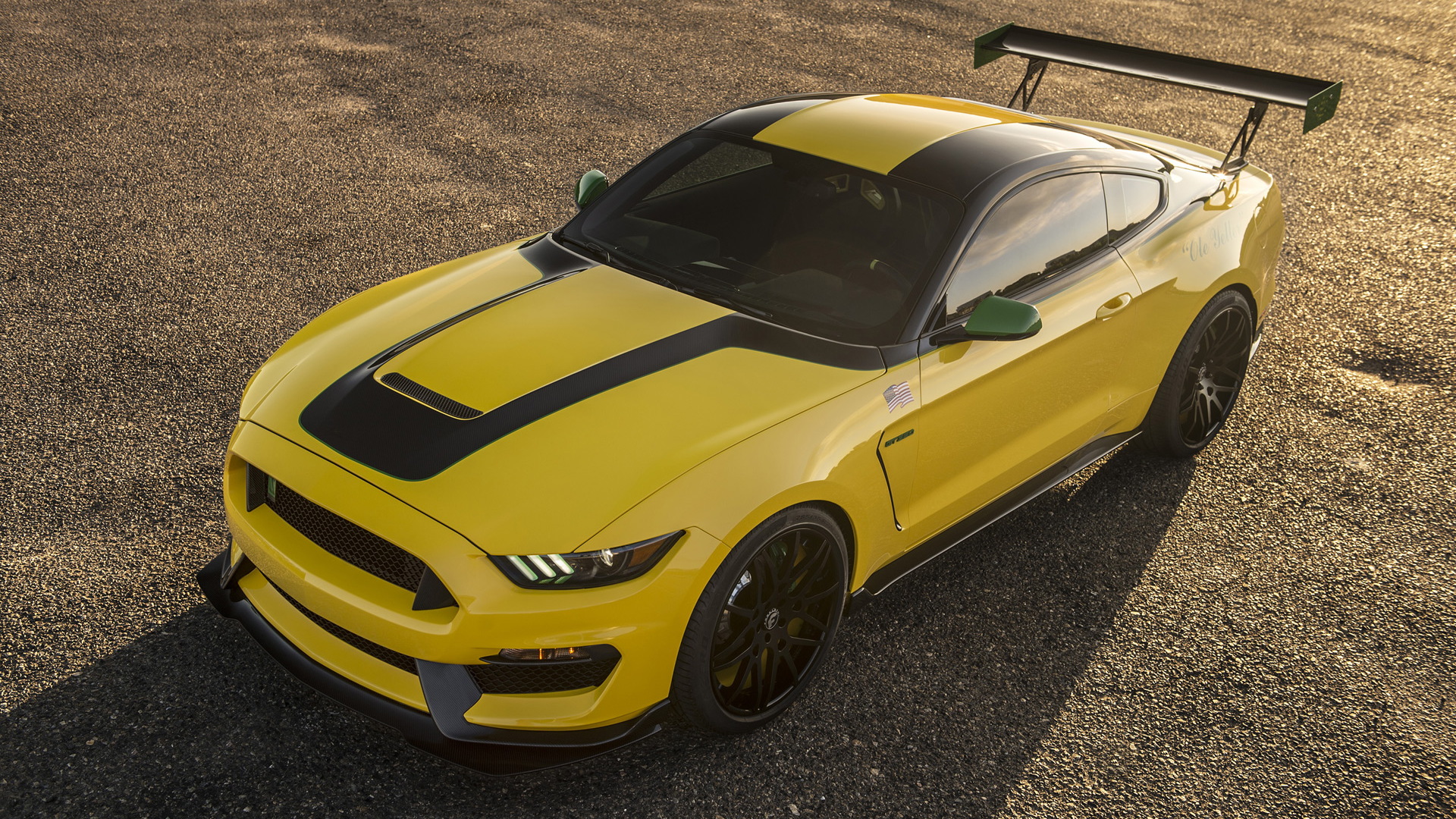 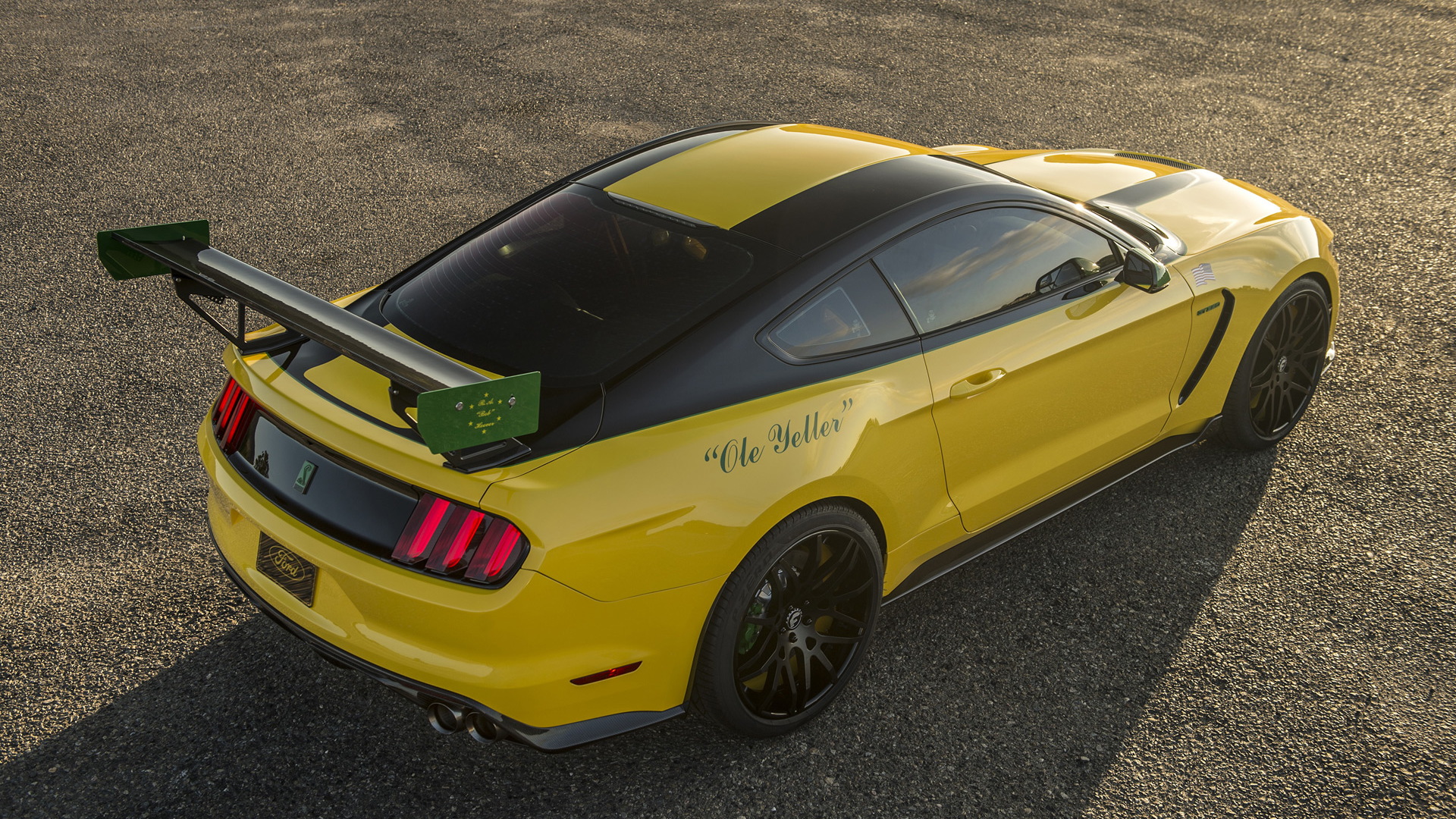 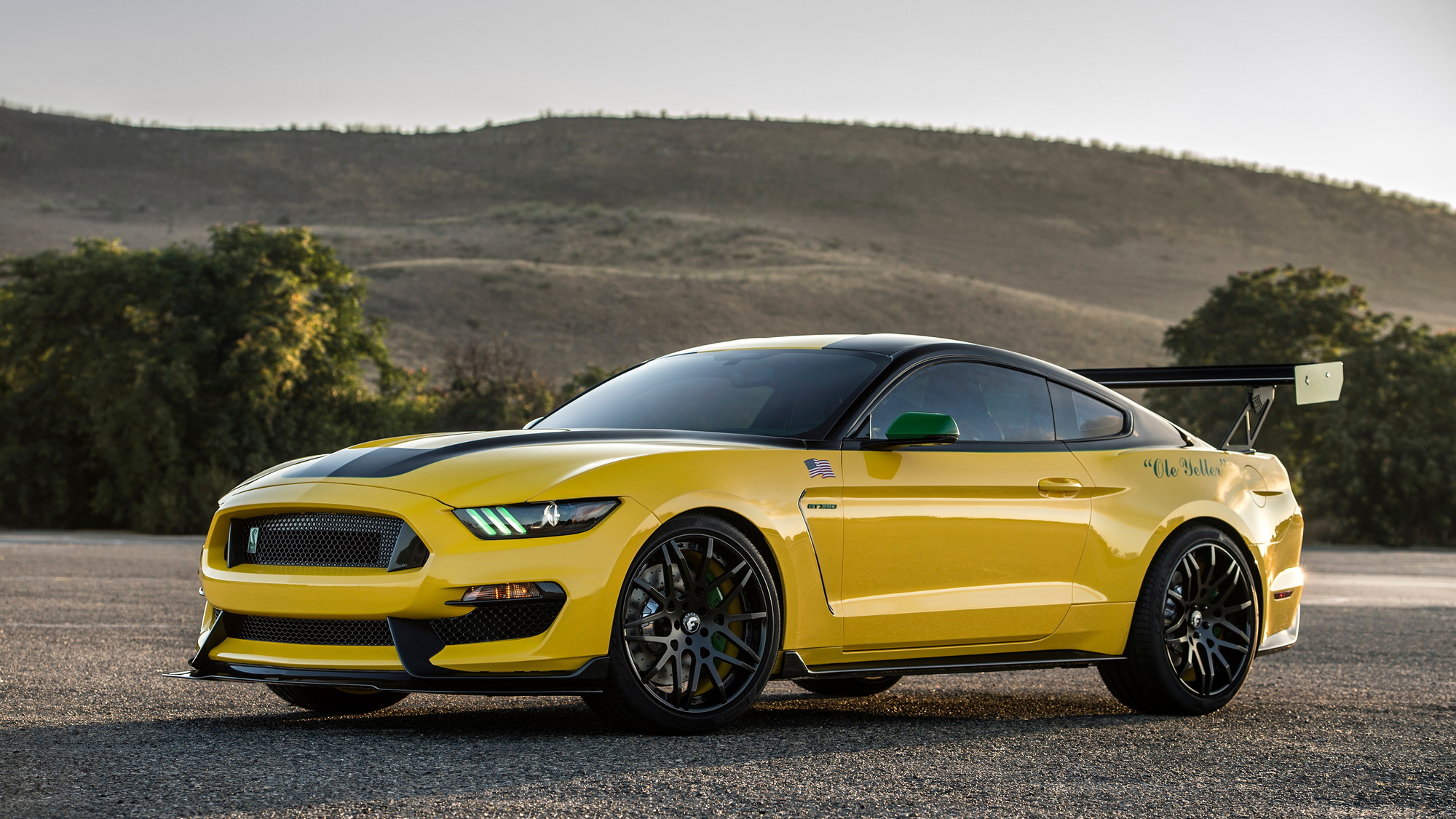 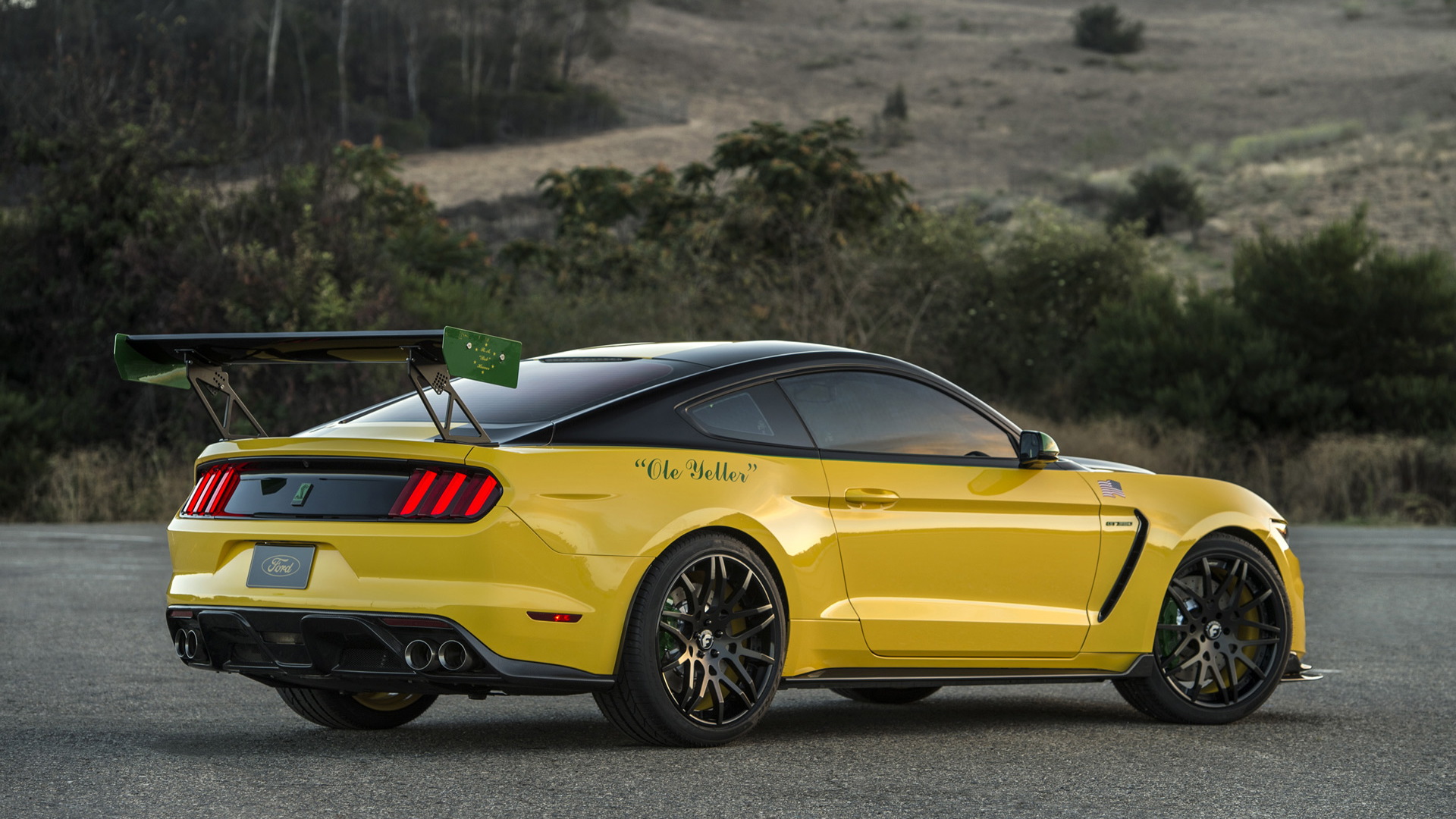 Ford Motor Company [NYSE:F] in 2016 has continued its tradition of supporting the Experimental Aircraft Association and its Young Eagles youth education programs with the auction of a one-off Mustang once again sporting a design inspired by America’s aviation history.

The latest of the special Mustangs is a 2016 Shelby GT350 called Ole Yeller. Its yellow livery with black and green accents pays homage to a famous P-51D Mustang fighter plane that was a regular at air shows thanks to talented pilot and veteran Bob Hoover.

The road-going Ole Yeller went under the hammer July 28 at the EAA AirVenture in Oshkosh, Wisconsin and saw a final bid of $295,000. It’s the ninth special Mustang auctioned by Ford at an EAA AirVenture, the first of which was 2008’s AV8R. That car sold for $500k.

The Ole Yeller Mustang was designed by a team led by Ford designers Melvin Betancourt and Nicole Rush. Many of the modifications, which include carbon fiber components, Forgiato wheels and custom Recaro seats, were performed by MAD Industries, led by Chris Mangum.

No changes were made to its powertrain which means a 5.2-liter V-8 delivering 526 horsepower and 429 pound-feet of torque. The car also sticks with the stock 6-speed manual transmission, sport-tuned suspension and most of the aero mods. That rear wing is a custom piece, though.

Below are the previous Mustangs donated by Ford to support the EAA’s Young Eagles youth education programs: