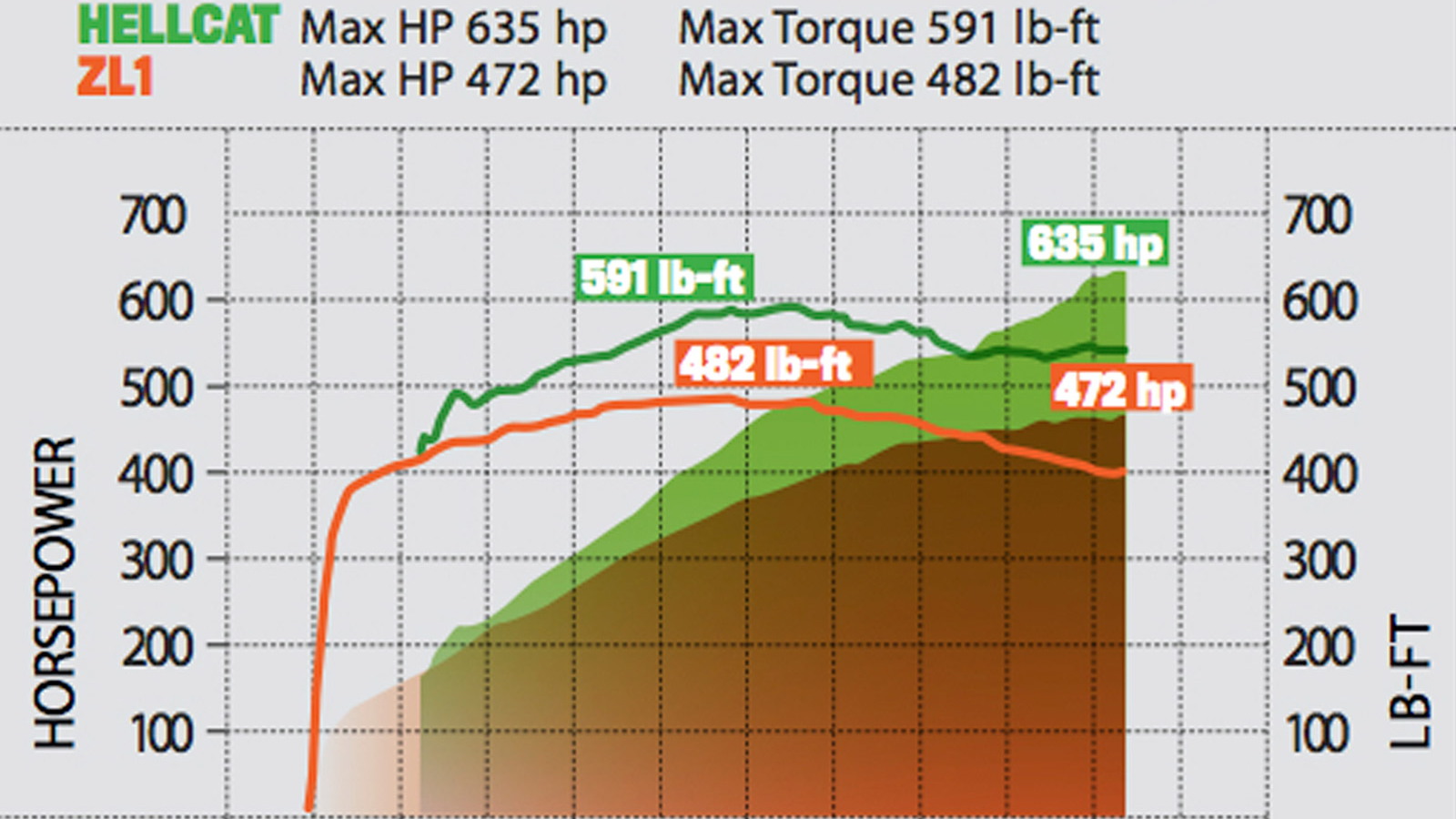 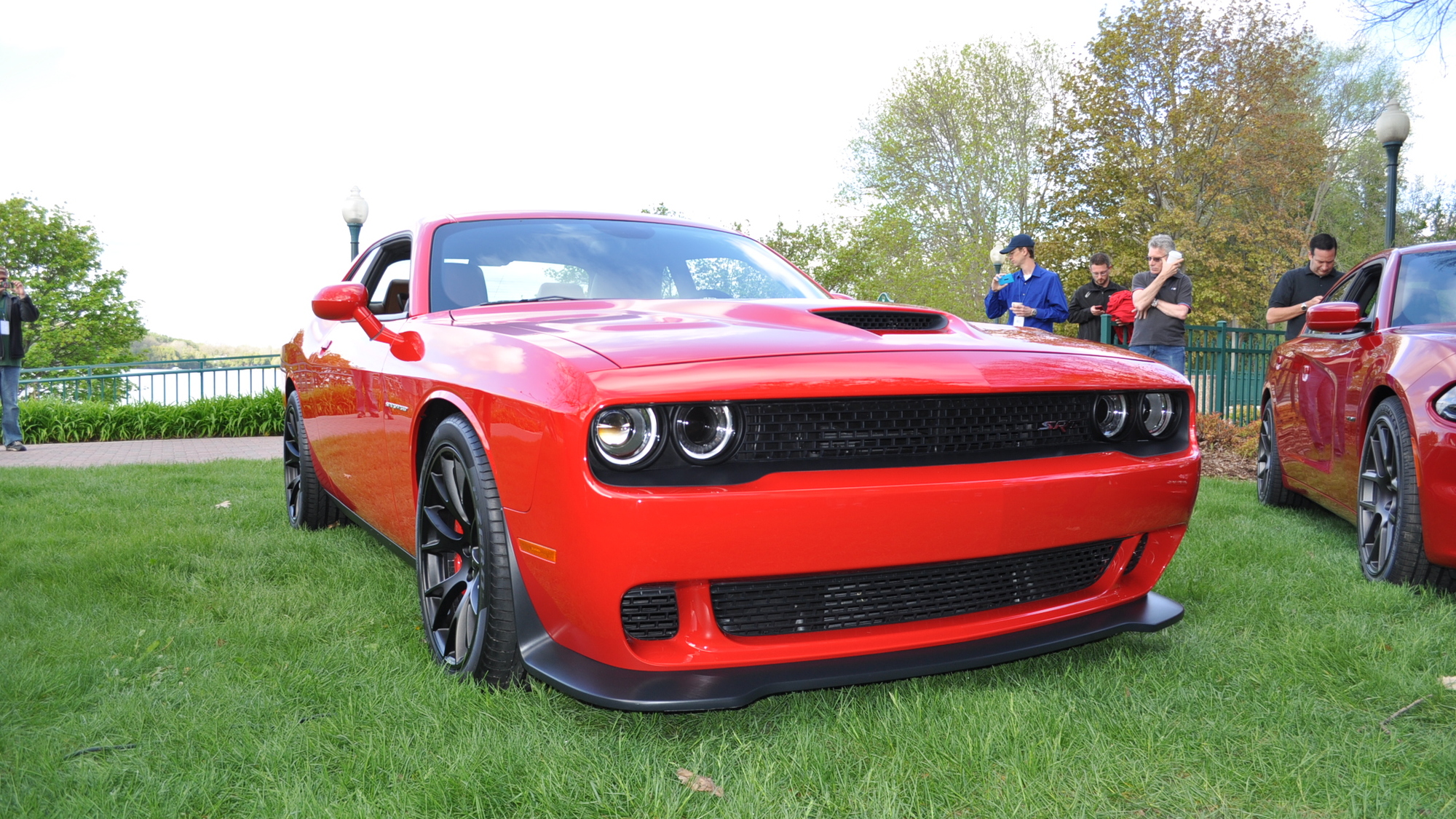 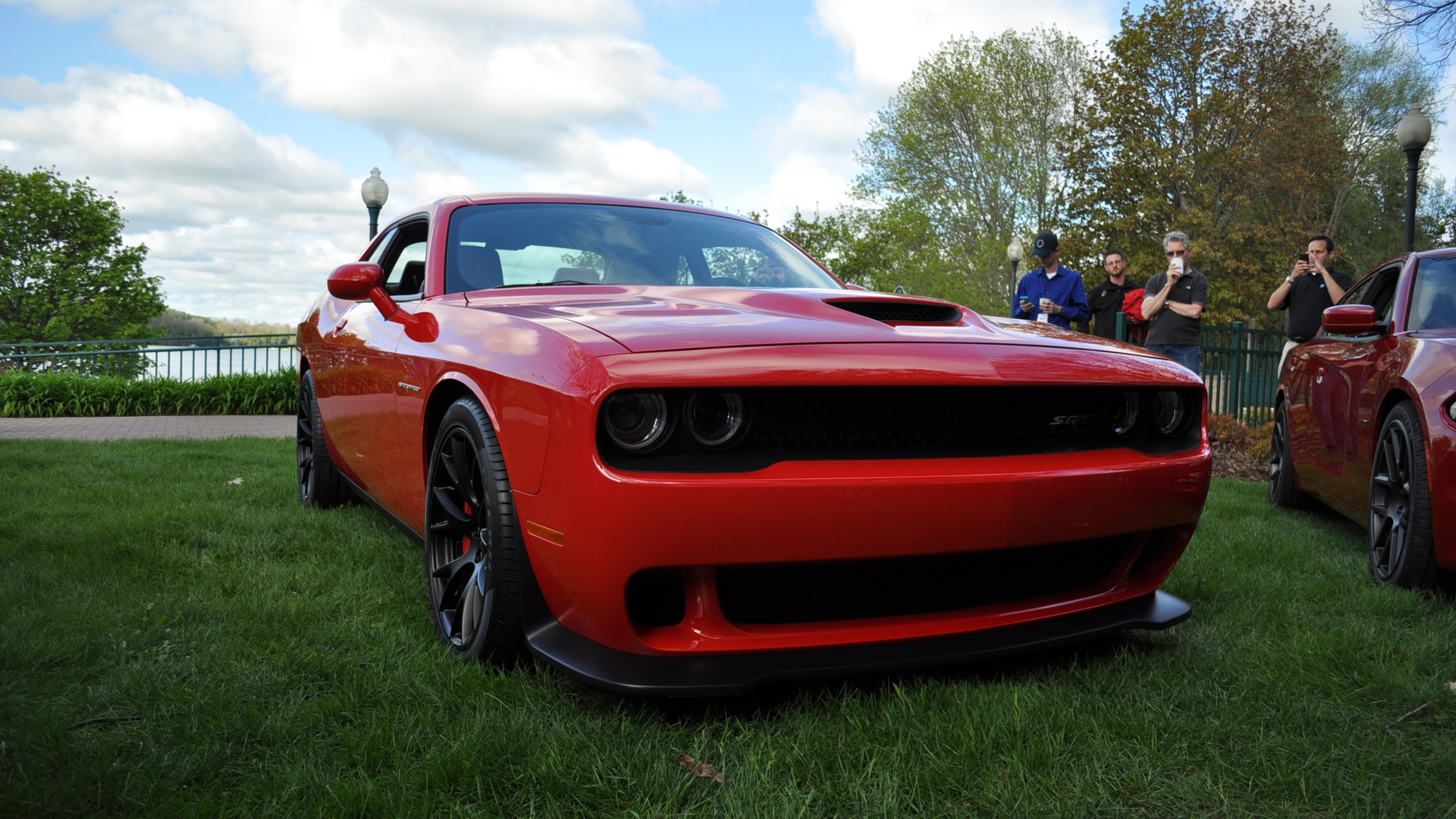 We all know the 2015 Dodge Challenger SRT Hellcat is rated at 707 horsepower and 650 pound-feet of torque, making it the most powerful muscle car ever to enter production. But could the car be producing even more power than the official numbers suggest?

Motor Trend recently took an example down to K&N Engineering's shop in Riverside, California, where it was strapped to a dyno and its engine given free rein to unleash hell. According to the results, the car, an automatic-equipped model, produced 635 hp and 591 lb-ft at the wheels.

Now, assuming a 12 percent drivetrain loss, quite conservative even for an automatic, the Challenger SRT Hellcat is producing around 722 hp and 672 lb-ft at the crank! Just as interesting, the car’s speedometer topped out at 202 mph in eighth gear but the car was still accelerating. It reportedly kept accelerating to above 225 mph, over-speeding the dyno. Don’t expect this in the real world, however, as the dyno doesn’t take into effect things like drag.

It should also be noted that dyno results can be affected by a number of variables such as the amount of air flow being generated by fans as well as ambient temperatures and the grade of fuel used. In fact, a 2014 Chevrolet Camaro ZL1 was also tested on the day and only produced 472 hp and 482 lb-ft. Assuming a 10 percent drivetrain loss for the manual-equipped car, that equates to 524 hp and 536 lb-ft at the wheels, well short of the car’s official 580 hp and 556 lb-ft rating. However, according to the dyno testers, previous Camaro ZL1s have typically produced more power at the wheels (about 20 horses more) than this recently-tested example.

Now, does anyone have a 2015 Dodge Charger SRT Hellcat and access to a dyno?