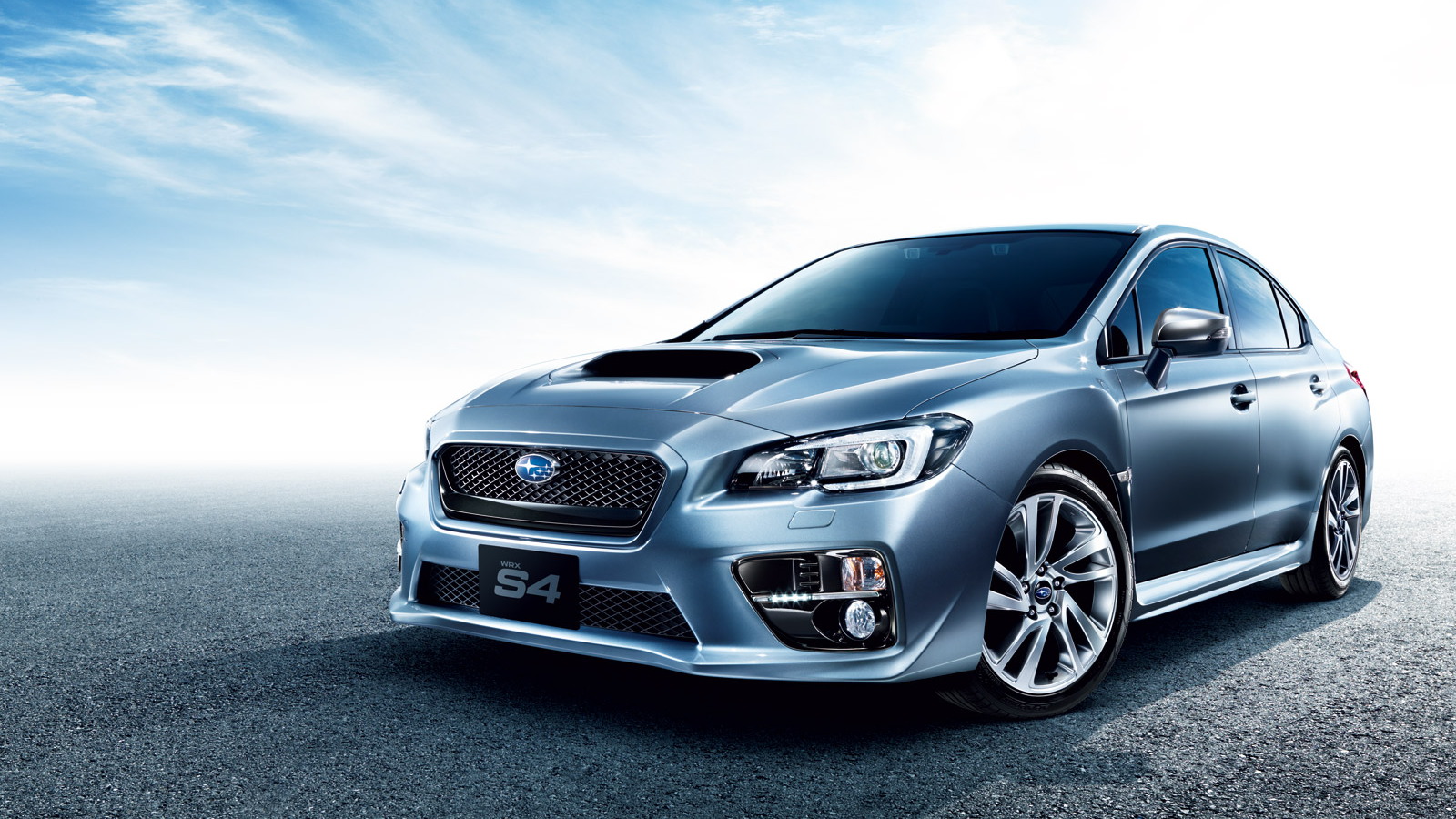 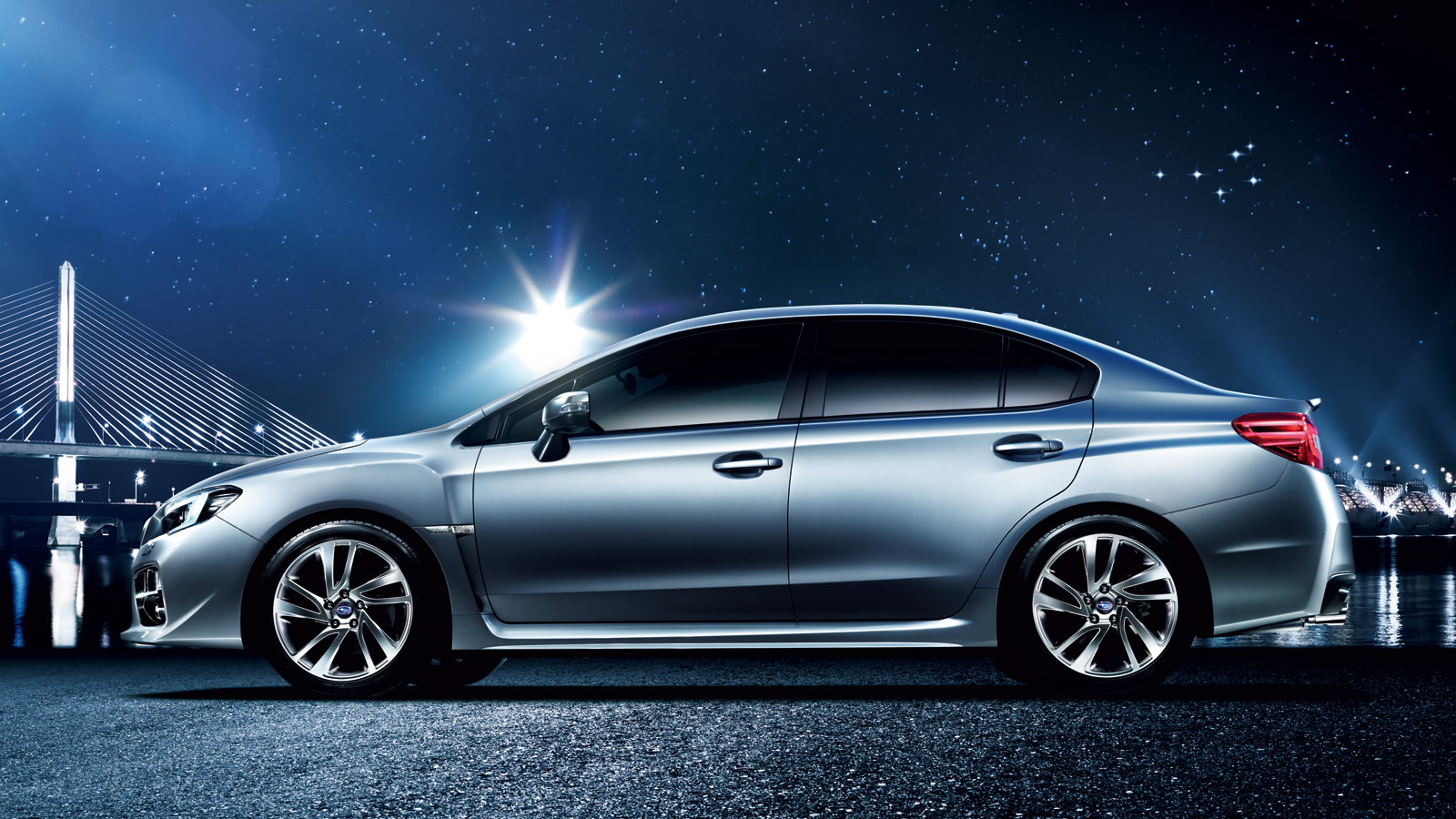 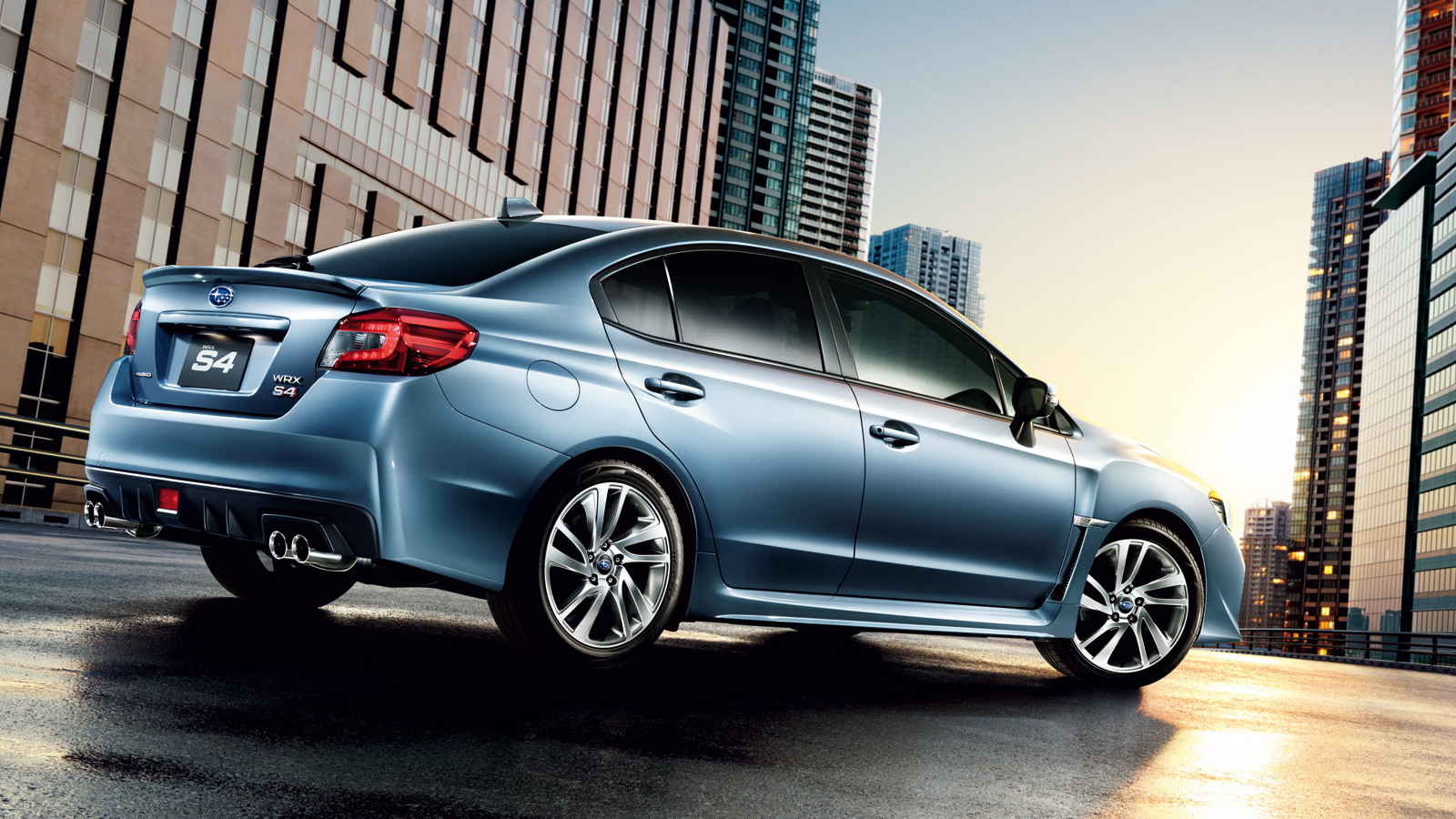 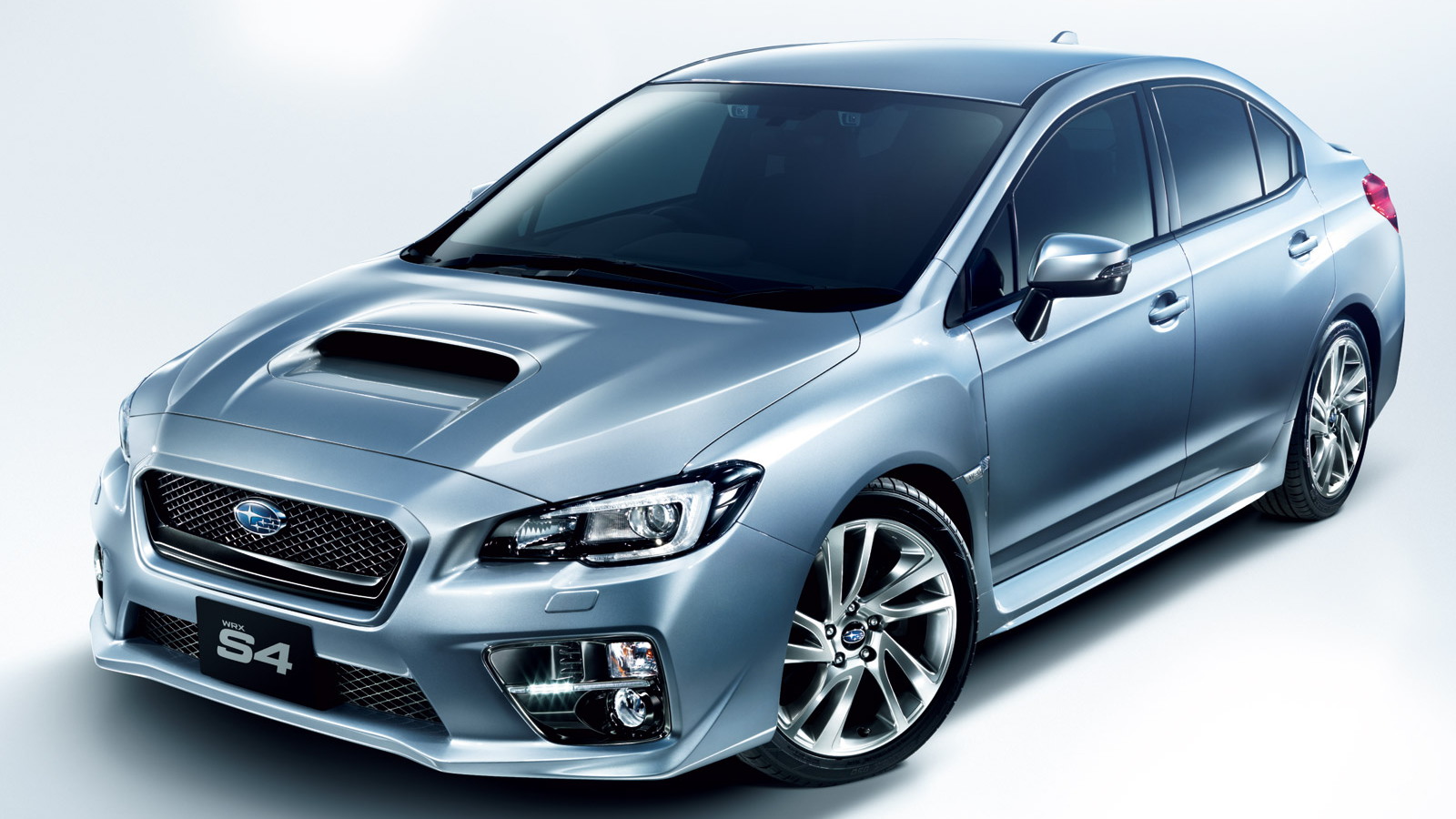 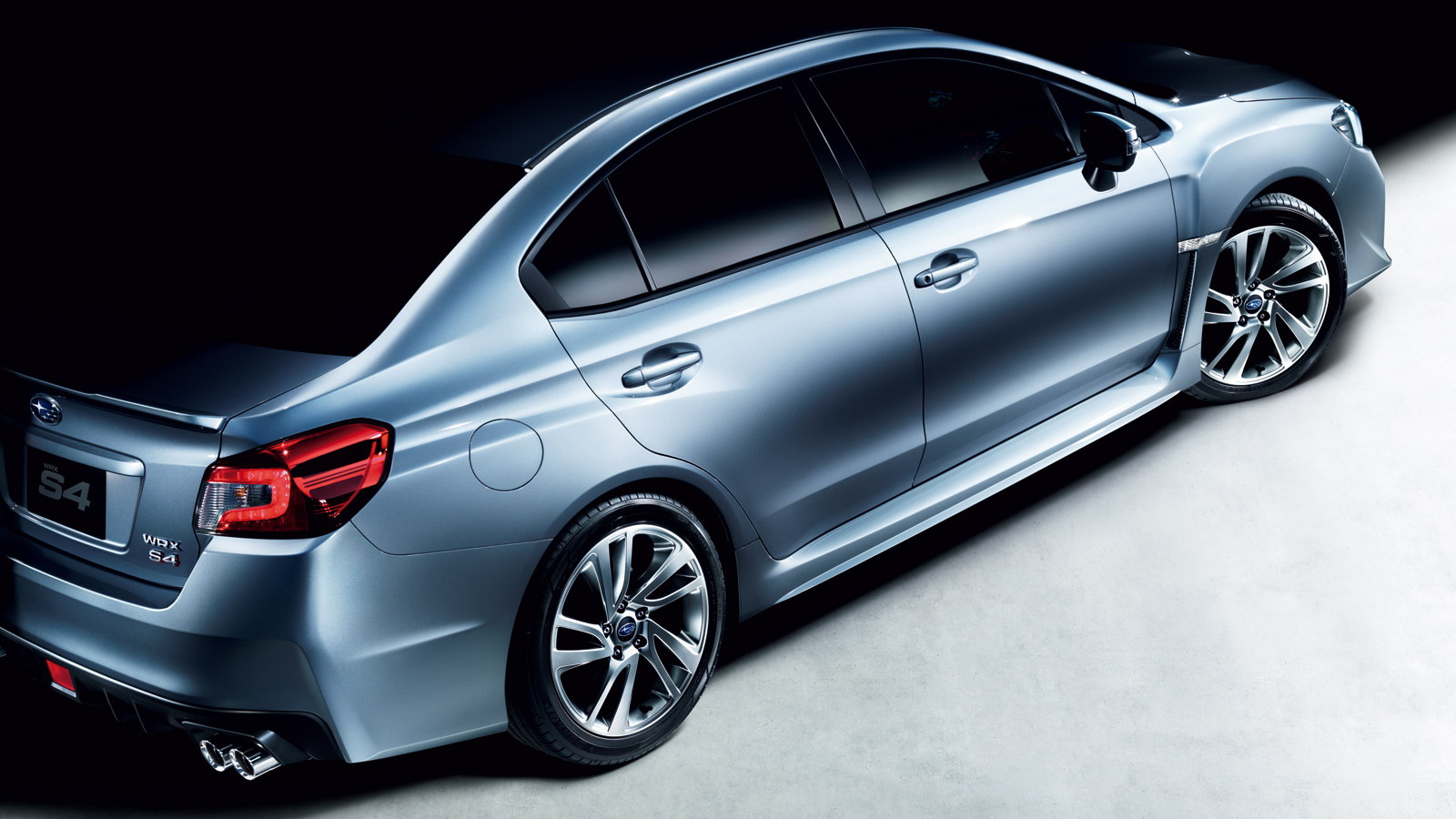 Subaru has introduced two new versions of its WRX for its home market, which build upon the solid platform of the 2015 WRX by adding some much-needed horsepower and a few unique touches to further differentiate them. The first is the WRX S4, whose turbocharged and direct-injected 2.0-liter four-cylinder engine is rated at 296 horsepower and 295 pound-feet of torque. That’s quite the jump over the 268 hp and 258 lb-ft of torque found in the WRX sold here in the States, but before you get too jealous note that the car is only available with Subaru's Sport Lineartronic CVT.

On the outside, the WRX S4 sports unique front fender ducts, new side sills, an integrated rear diffuser, custom exhaust tips, a trunk lid spoiler, new 18-inch wheels, LED headlights (low beams only), and the new colors WR Blue Pearl and Crystal White Pearl. Inside, the car is fitted with a flat-bottomed steering wheel, sporty bucket seats, leather trim on the gear lever, a new boost gauge in the main multi-function display, black trim and piano black, carbon and metal accents around the dash. Red is used on the stitching and gauges to honor the WRX’s racing heritage.

The second model released today by Subaru for the Japanese market is a new version of the more potent WRX STI. This model, dubbed the WRX STI Type S, benefits from the same body and chassis mods as the WRX S4 but also sports Subaru’s multi-mode Driver's Control Center Differential (DCCD) system as standard. The mods are said to enhance steering response and rear grip, and help maintain a flat ride through corners.

Its engine, also a turbocharged 2.0-liter four, is rated at 305 hp and 311 lb-ft of torque. By comparison, our WRX STI has the same power rating but only 290 lb-ft of torque. The transmission, meanwhile, remains a six-speed manual. Compared to the previous unit fitted to the WRX STI, the new one debuting in the WRX STI Type S was given better tactile feedback with gears that lock solidly in place for a sportier shift feel.

Like the WRX S4, the WRX STI Type S’s exterior benefits from new front fender ducts and side sills. The car also gets LED headlights and new 18-inch alloys said to be more rigid and lighter than those on the regular WRX STI. Inside, the same D-shaped steering wheel and dash accents found in the WRX S4 have been fitted to the WRX STI Type S. Befitting a high performance vehicle, the seats are designed with superior holding ability and the headrests were also embossed with STI logos.

Both the new WRX S4 and WRX STI Type S are on sale in Japan. Though we’re unlikely to see the cars offered locally, some of their enhancements are likely to be transferred to U.S.-spec cars.