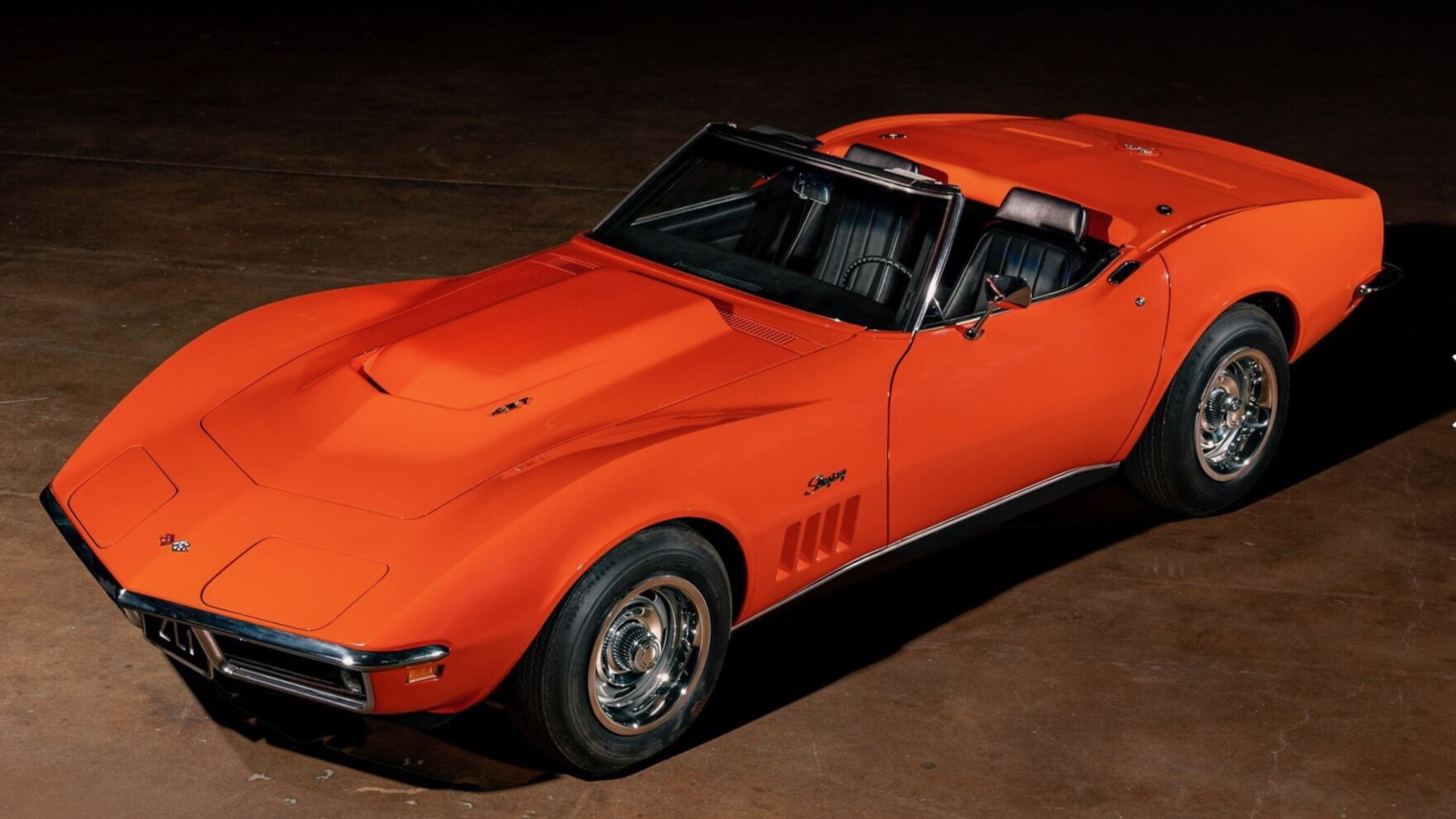 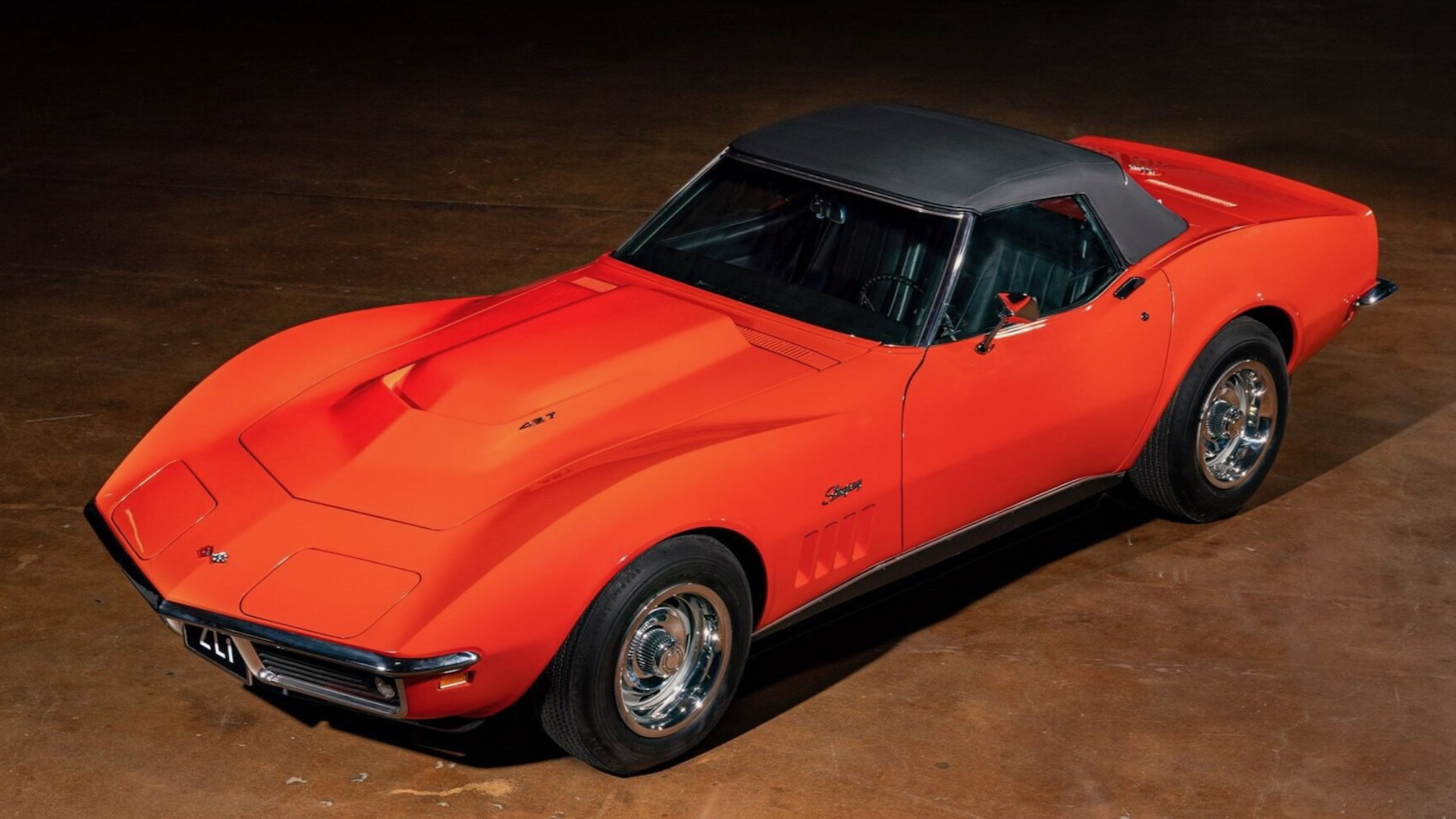 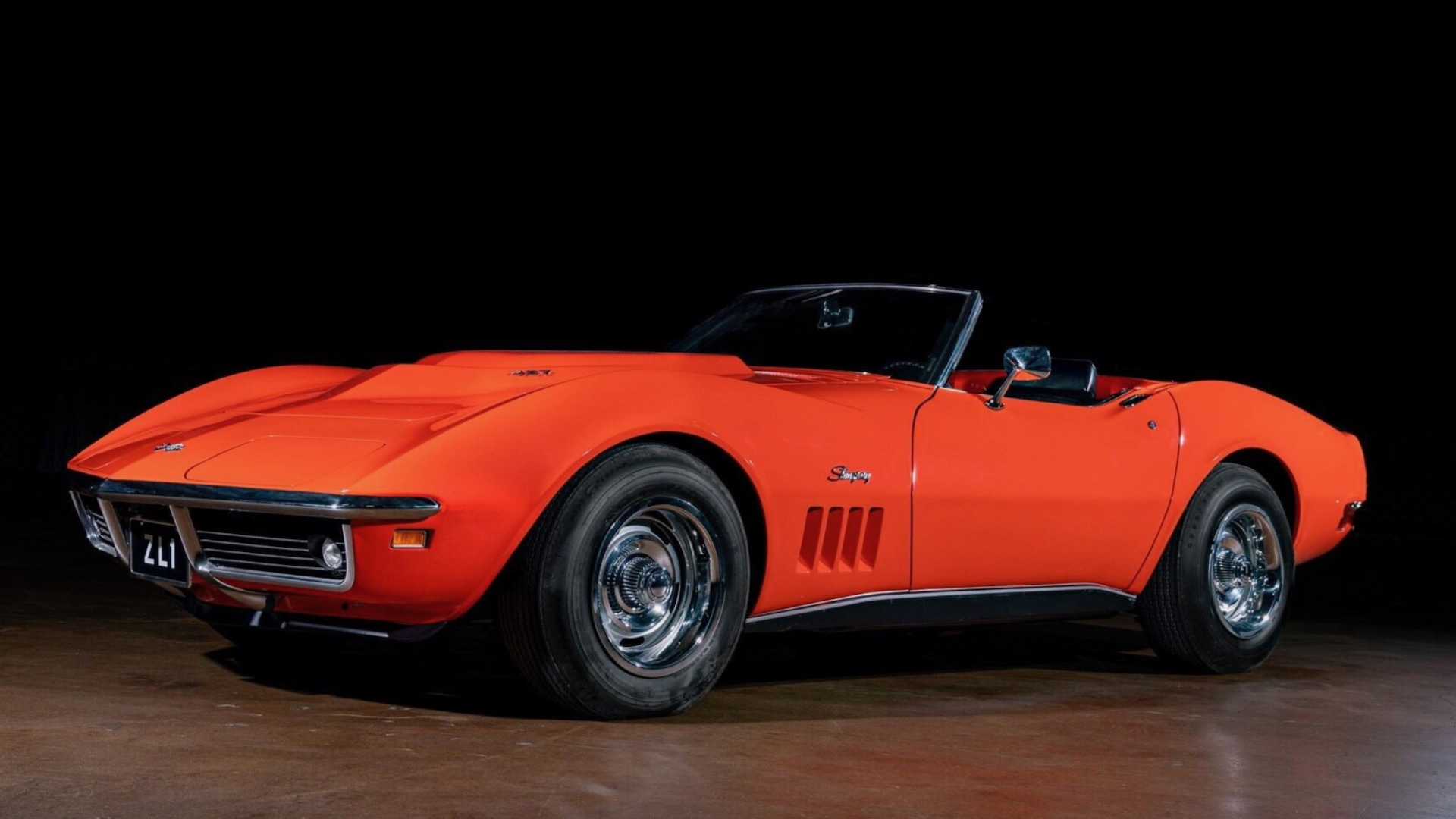 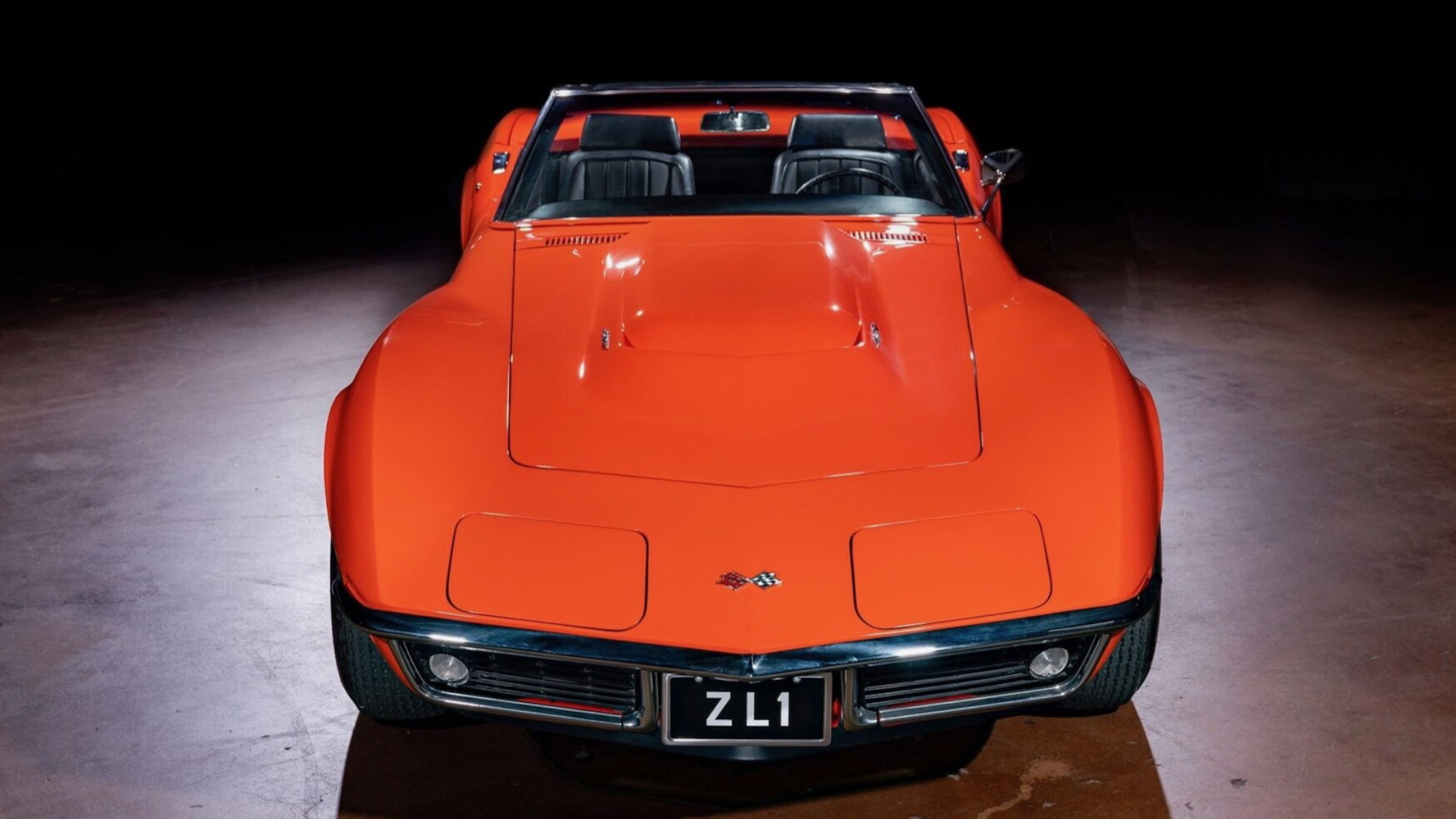 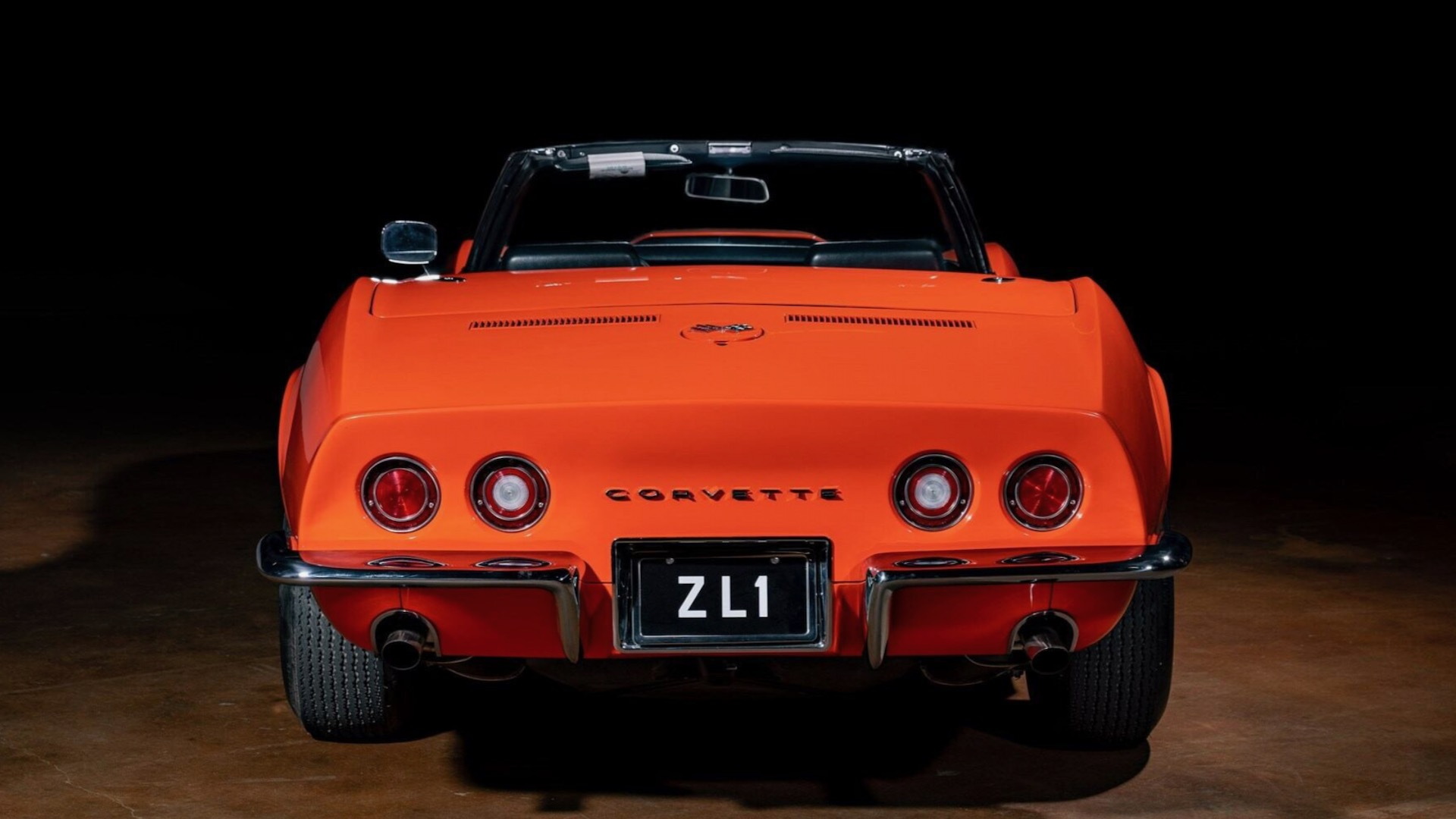 A unique 1969 Chevrolet Corvette Stingray ZL-1 Convertible is set to cross the block at an RM Sotheby's auction in Phoenix, Arizona, on Jan. 16.

The Monaco Orange droptop is the only one of its kind. It's one of just two factory-documented ZL-1 Corvettes built for 1969, and the only convertible to get the ZL-1 treatment, an option that added a race-derived 427-cubic-inch V-8 engine to the C3 'Vette.

Based on the L88 engine, the ZL-1's 427 features aluminum block and heads, the latter with an "open chamber" design aimed at increasing power, plus redesigned and beefed-up engine internals. Based on engines used in Can Am racing, General Motors offered the ZL-1 option for homologation purposes, and didn't really intend to sell any road cars to customers.

Helping to dissuade customers from checking the ZL-1 box on their order forms was the $4,718 price ($3,000 of which was the ZL-1 package itself), which was more than twice the cost of a base Corvette in 1969. In addition to the engine, buyers got power-assisted heavy-duty brakes, a heavy-duty suspension, and a Positraction limited-slip differential. Creature comforts available on lesser Corvettes, such as a heater, air conditioning, radio, and power steering, weren't available on the ZL-1.

That was just fine for John W. Maher of Leechburg, Pennsylvania, who took delivery of this car on Dec. 30, 1968. He intended to race the Corvette, and went on to compete in various hill climbs, auto crosses, and drag races in western Pennsylvania until 1972.

Maher pulled the ZL-1 out of storage in 1989, had it reconditioned, and continued to drive and show it until finally selling the car in 2007. The ZL-1 has since been fully restored, achieving the Bloomington Gold certification coveted by Corvette collectors, but still has its original engine. Based on its rarity, well-documented history, and the quality of the restoration, RM Sotheby's expects the ZL-1 to sell for $2.6 million to $3 million at auction. That's not out of line for rare Corvette variants like the later ZR2 convertible, which remain favorites of collectors.