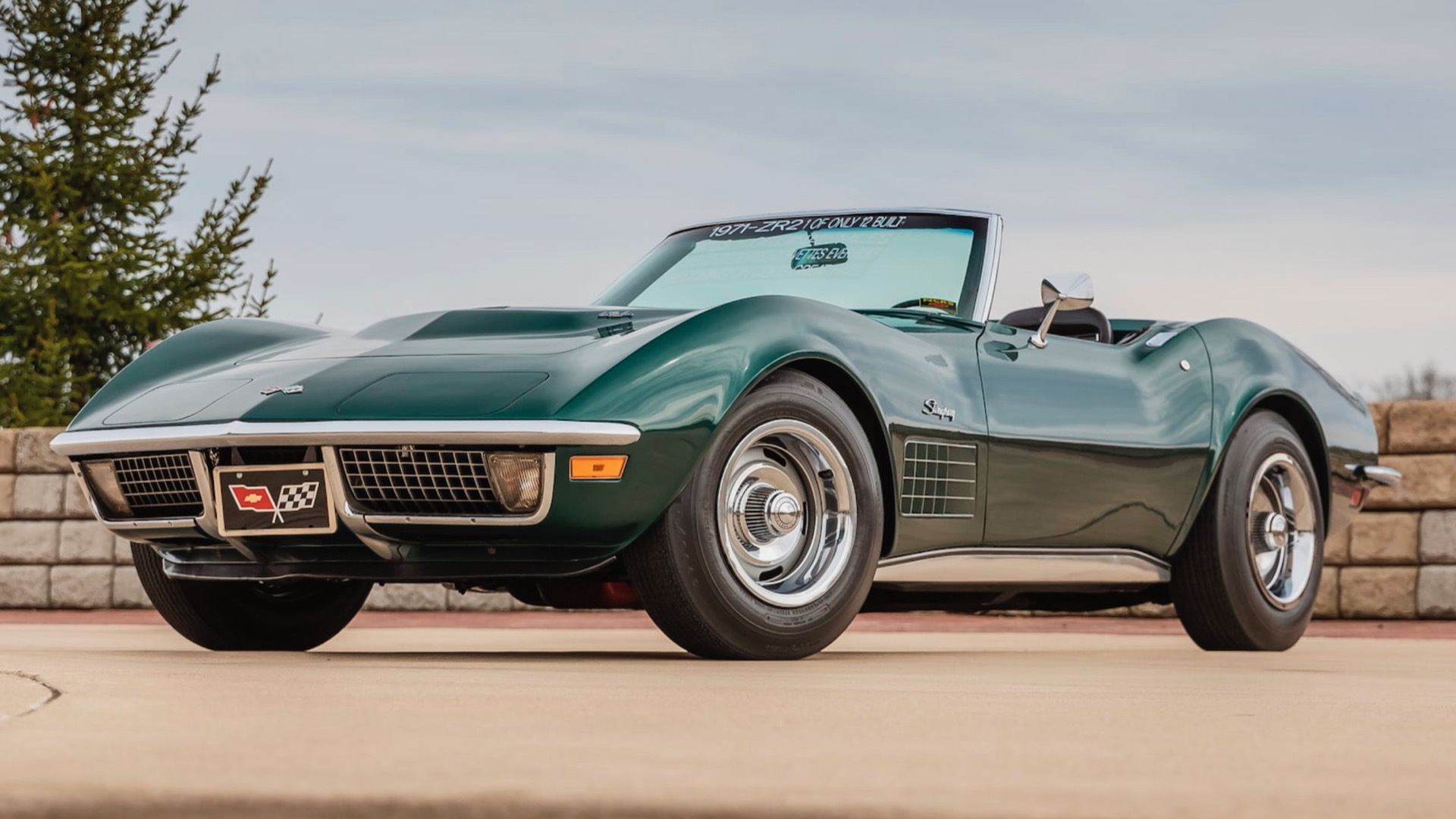 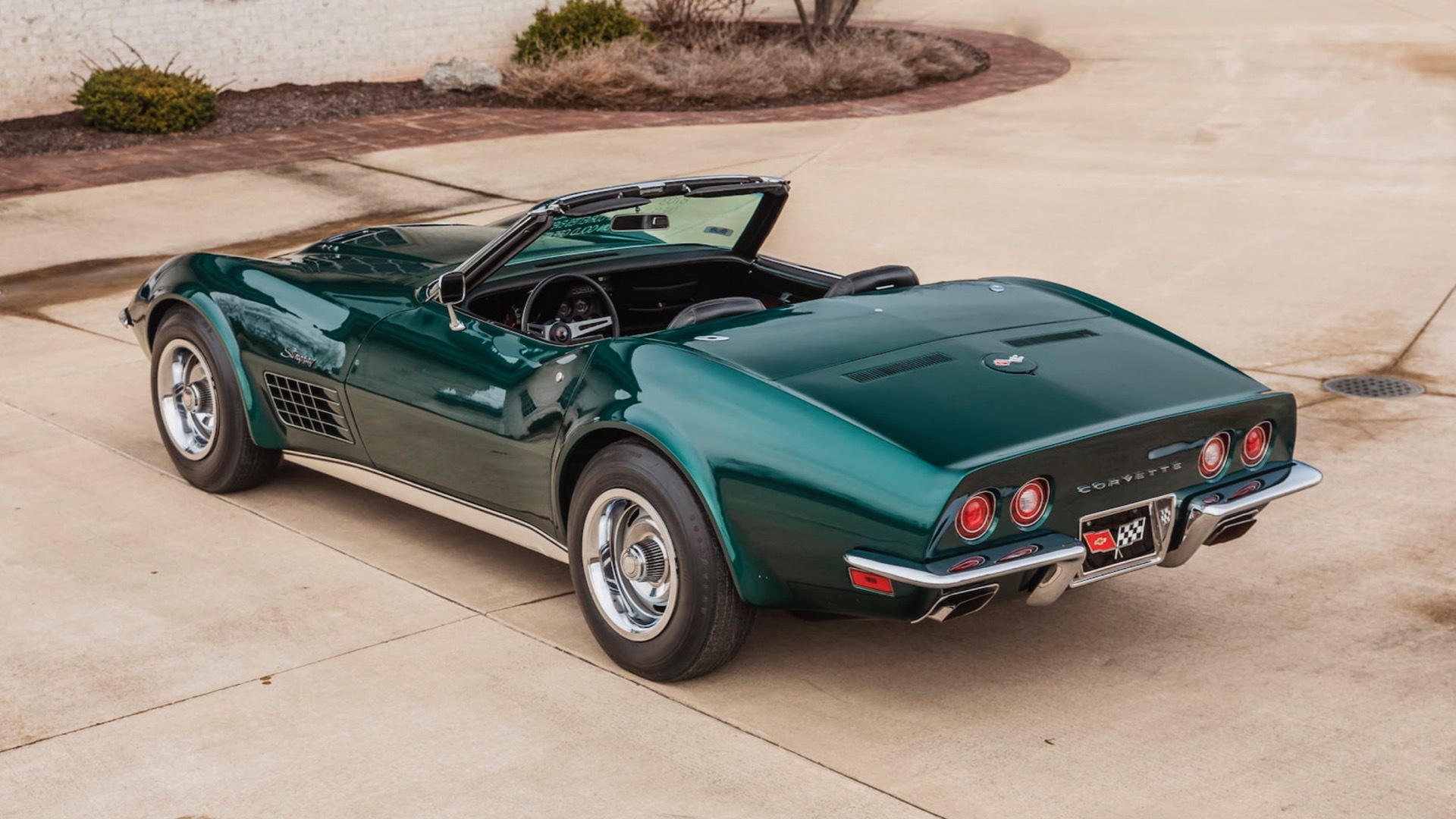 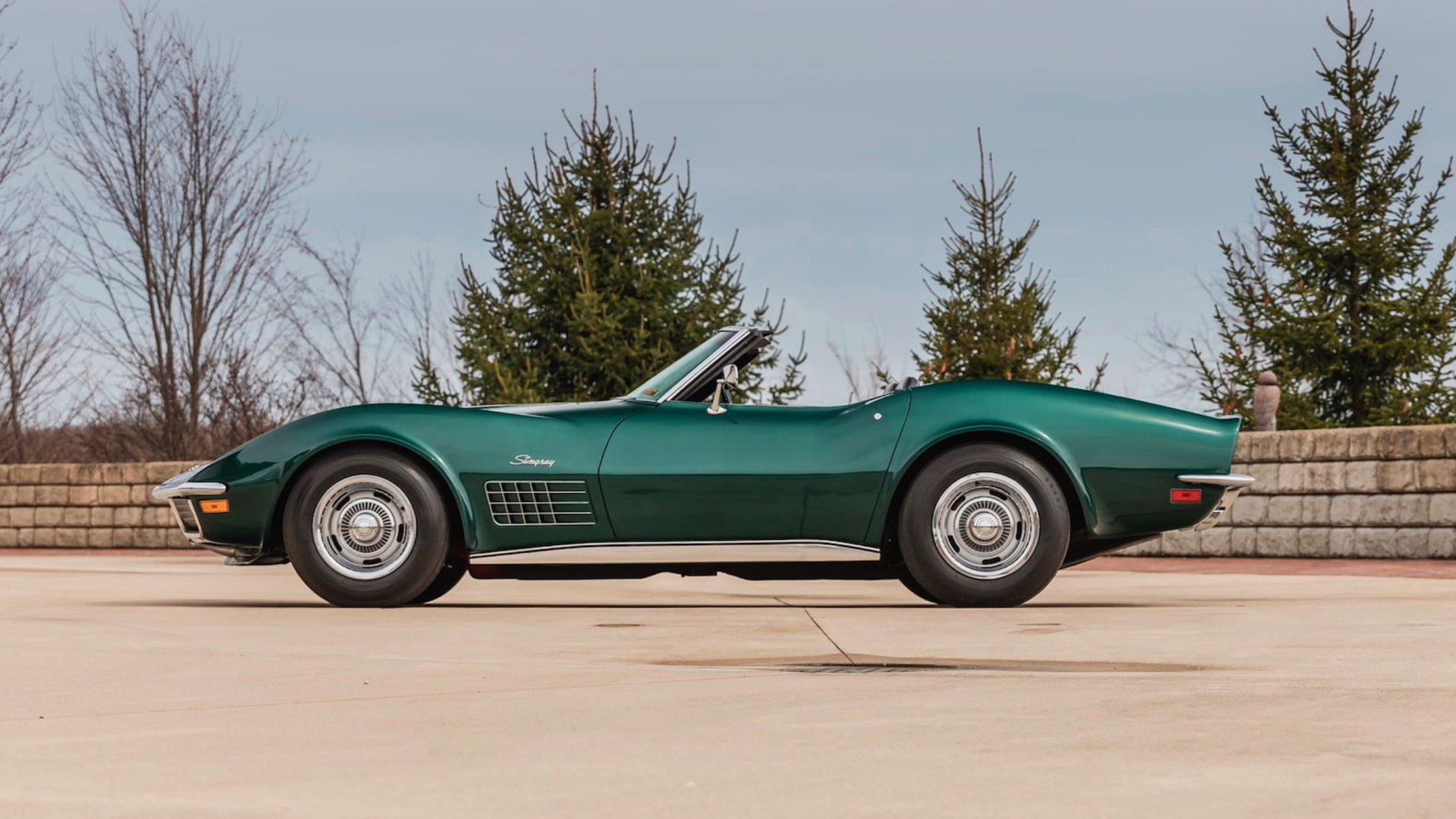 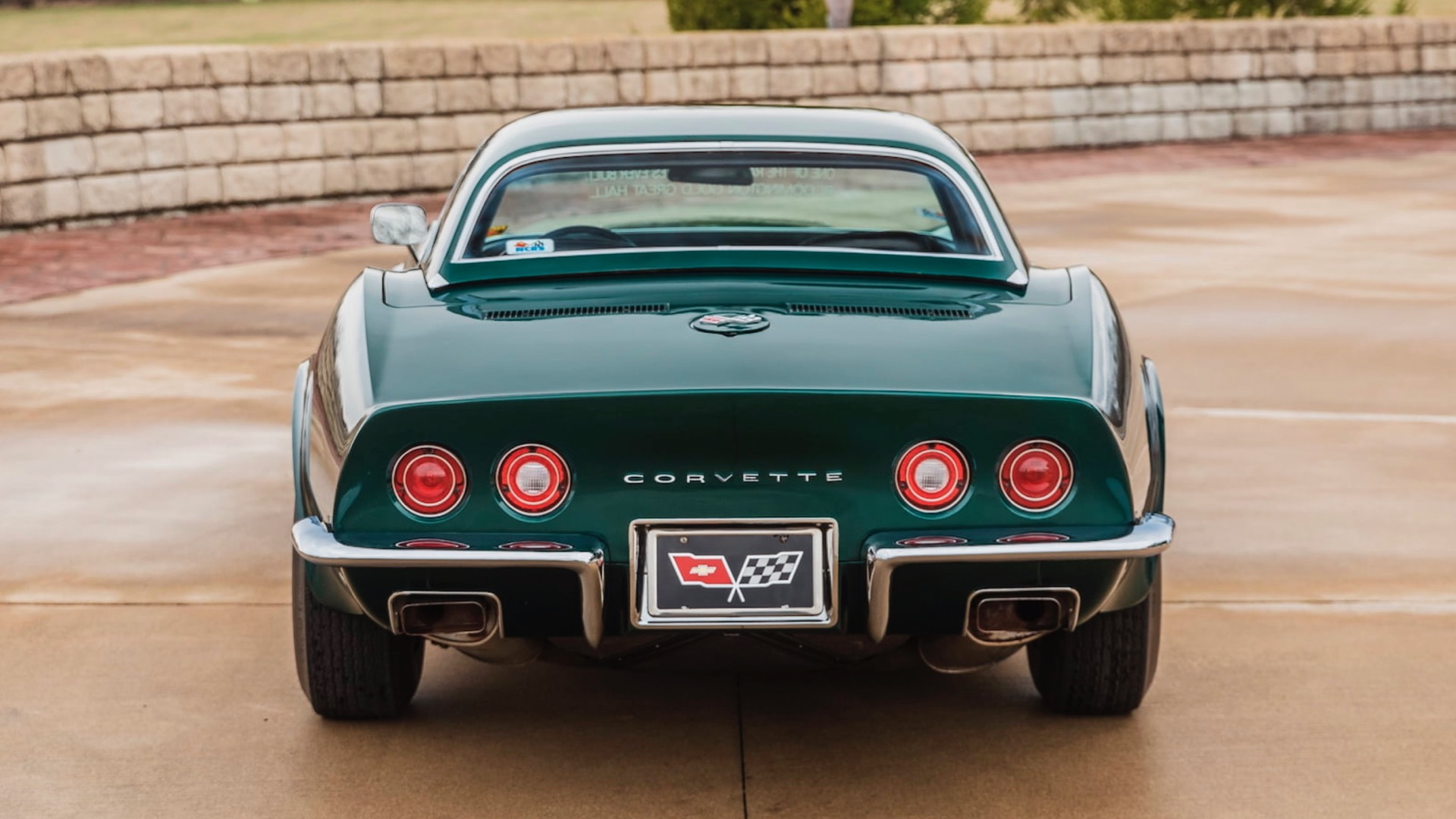 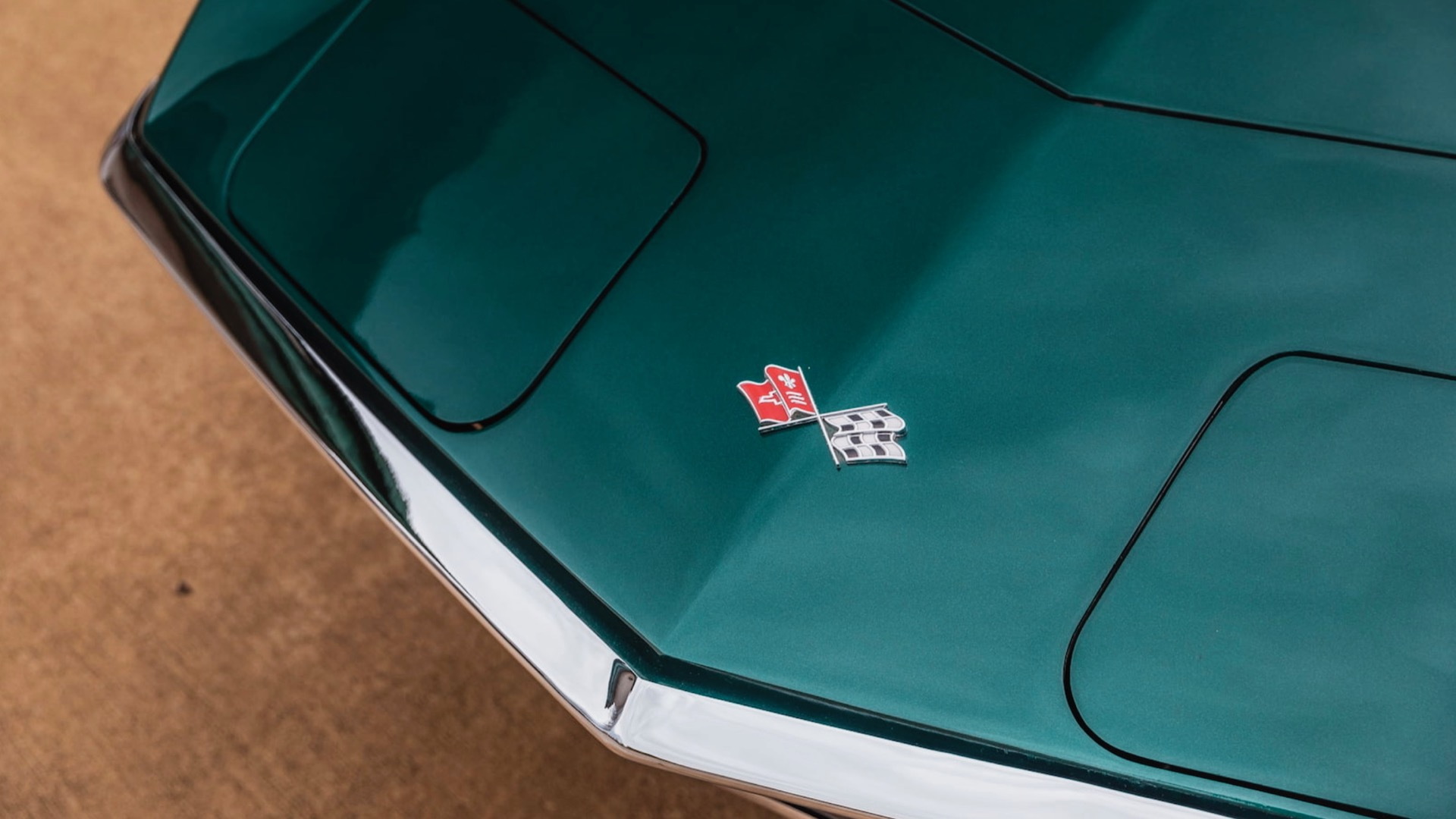 A rare 1971 Chevrolet Corvette ZR2 convertible, one of only two ever made, will cross the block at Mecum's Indianapolis auction this May, and it's expected to draw a seven-figure bid.

Quietly introduced as the successor to the race-bred L88 Corvette, the RPO ZR2 Special Purpose LS6 Engine Package (to use its full name) equipped the C3 Corvette with a 454-cubic-inch big-block V-8 rated at 425 hp. That power is sent to the rear wheels through a Muncie M22 close-ratio "Rock Crusher" 4-speed manual transmission.

Painted Brands Hatch Green with a black leather interior, this car also has a color-matching removable hardtop in addition to the standard black convertible top.

A high purchase price meant only 12 ZR2 Corvettes were built, with two convertibles, making this one of the rarest Corvettes. This car is also the lowest-mileage ZR2 known to exist, with an odometer reading of just 8,702 miles, according to the auction listing. It's also original and unrestored, and as a result has garnered numerous awards over the years.

Because of its rarity and originality, Mecum expects this ZR2 convertible to sell for between $1 million and $1.2 million, which may not be too outrageous given the current trend in classic auto sales. Consider that a numbers-matching 1967 Corvette L88, one of 20 built that year, sold for $2.7 million at a 2021 Mecum auction. And a another L88 of the same vintage sold for $3.4 million at a Mecum auction held in 2013, in both cases smashing the pre-sale estimate. We wouldn't be surprised if this ZR2 convertible does so, too.