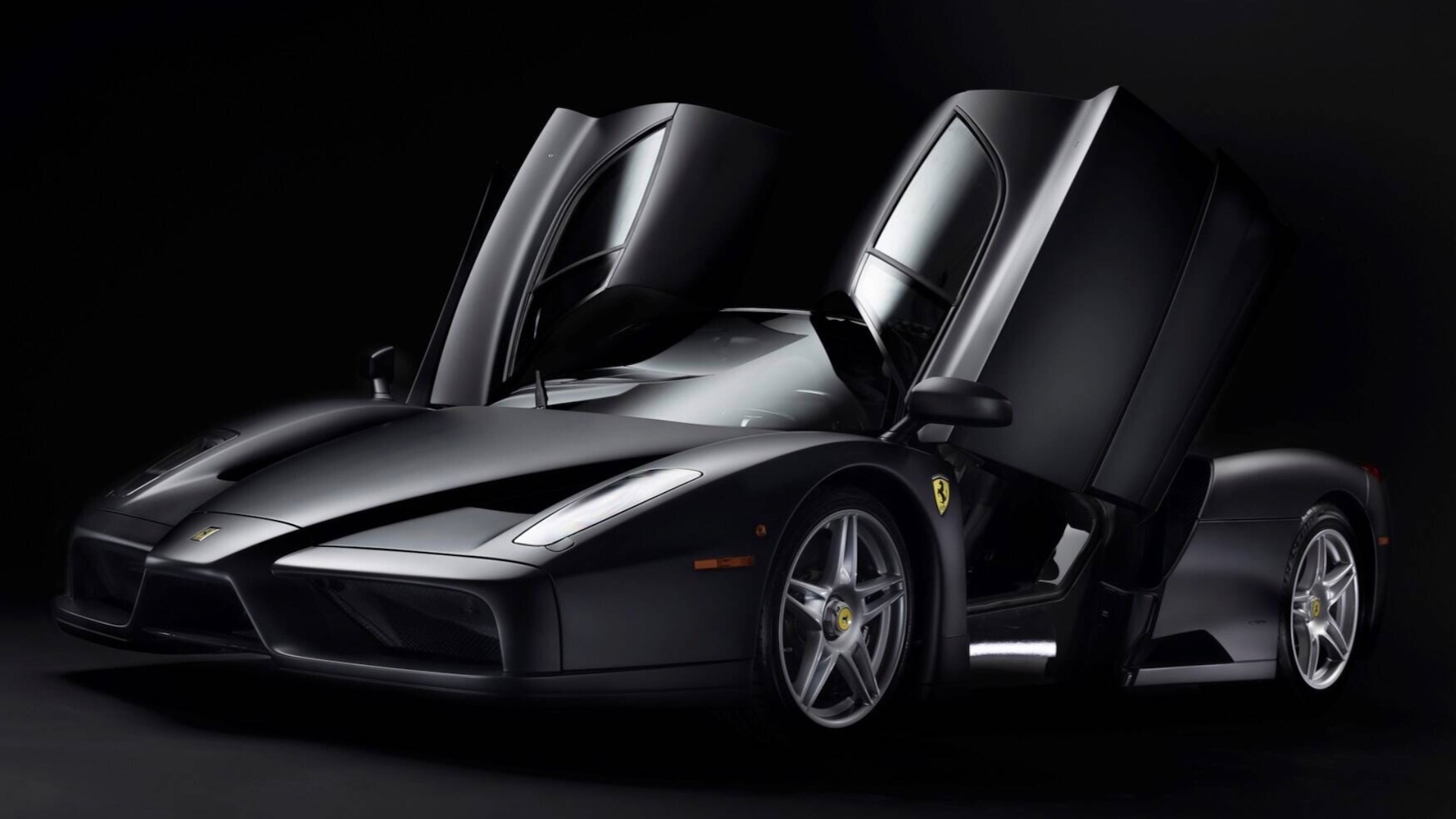 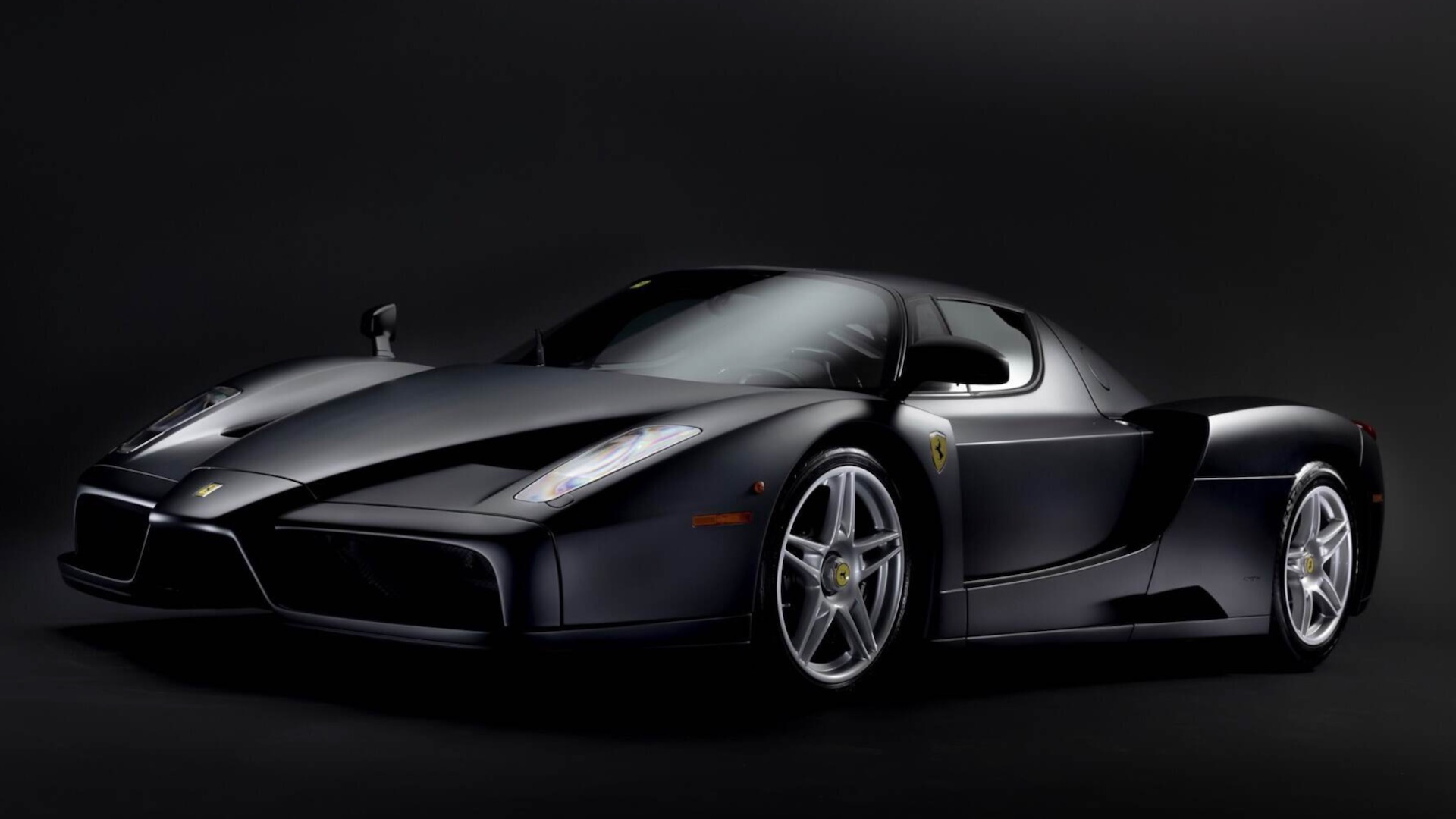 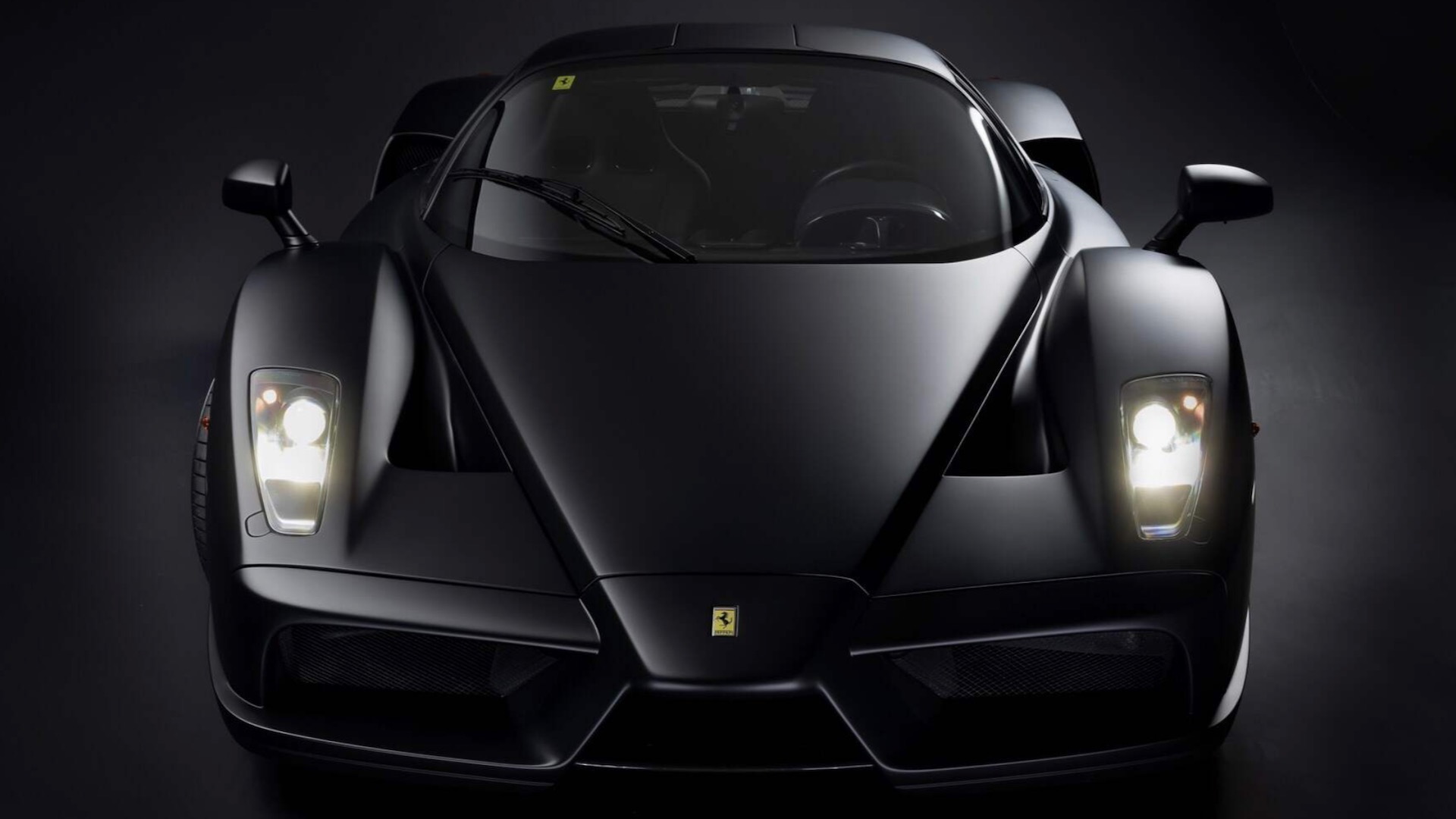 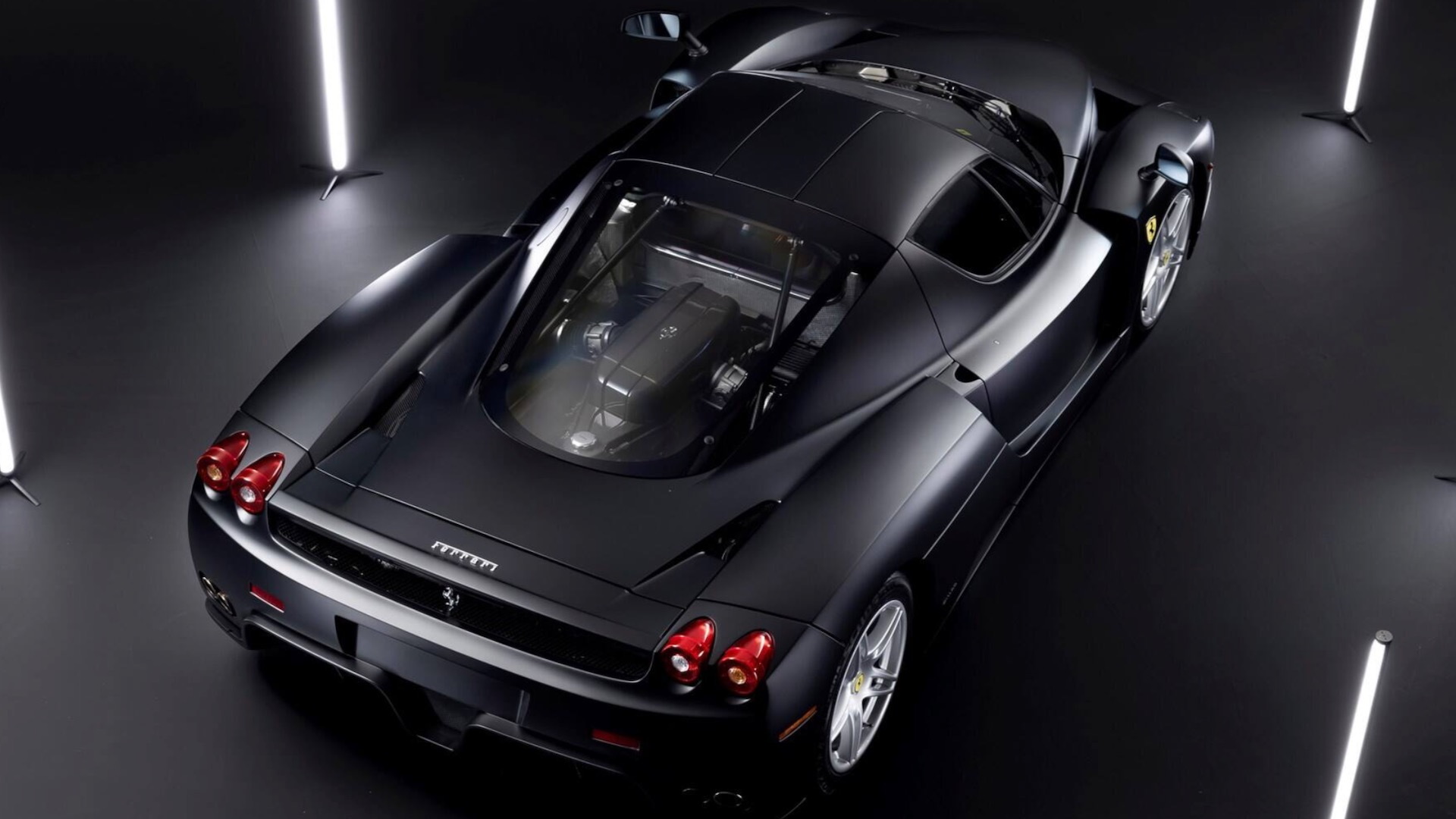 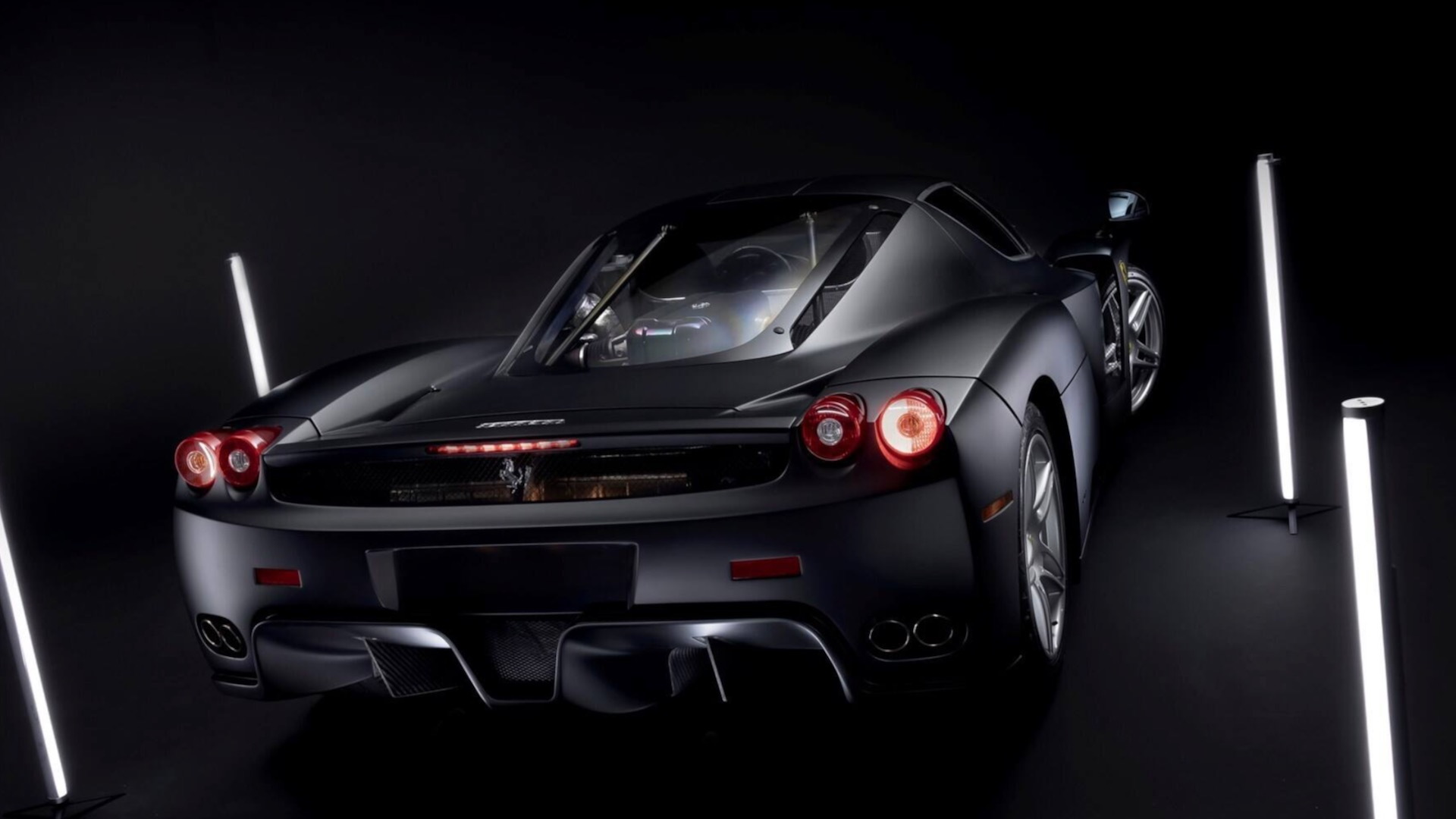 The only Ferrari Enzo delivered from the factory in matte black is headed to auction with RM Sotheby's, the auction house announced last week. It's scheduled to cross the block at the sale in Sassuolo, Italy, running December 5-7.

Matte black was not a standard color for the Enzo, but of the 400 cars completed, 20 were "Extracampionario" cars finished in custom colors like Bianco Avus white. Part of the latter group, this car—chassis number 136069—was commissioned by a member of the royal family of Brunei, according to the auction listing.

Over decades, the Sultan of Brunei and his family assembled a vast car collection that once numbered over 5,000 cars. Many of these cars were customized. For example, the Sultan ordered up a Jaguar XJ220 with unique bodywork by Italian design house Pininfarina. Compared to that, a one-off paint job was a relatively easy request to accommodate.

The build of the matte black Enzo started Jun. 8, 2004, and the car was completed on Oct. 15 with black leather upholstery and carpets to match the exterior. It was kept at the Brunei royal family's London residence for a time before being brought over to the Asia-Pacific region, according to the auction listing.

The car recently underwent a cosmetic restoration by Carrozzeria Zanasi, the official paint shop for Ferrari's Tailor-Made personalized cars and Icona one-offs. Totaling over 110,000 euros (about $113,000 at current exchange rates), the work included a full repaint, replacement of headlights, taillights, and engine-cover glass, and replacement of some interior switches that can get sticky with age.

The Enzo was Ferrari's flagship supercar of the early 2000s, picking up where the F40 and F50 left off. It was also the last of these Ferrari flagships to have a naturally aspirated, non-electrified V-12, in this case a 6.0-liter engine producing 650 hp and 485 lb-ft of torque. The Enzo's successor, the LaFerrari, introduced hybrid power, and that will likely continue with the apparent testing of a LaFerrari successor.