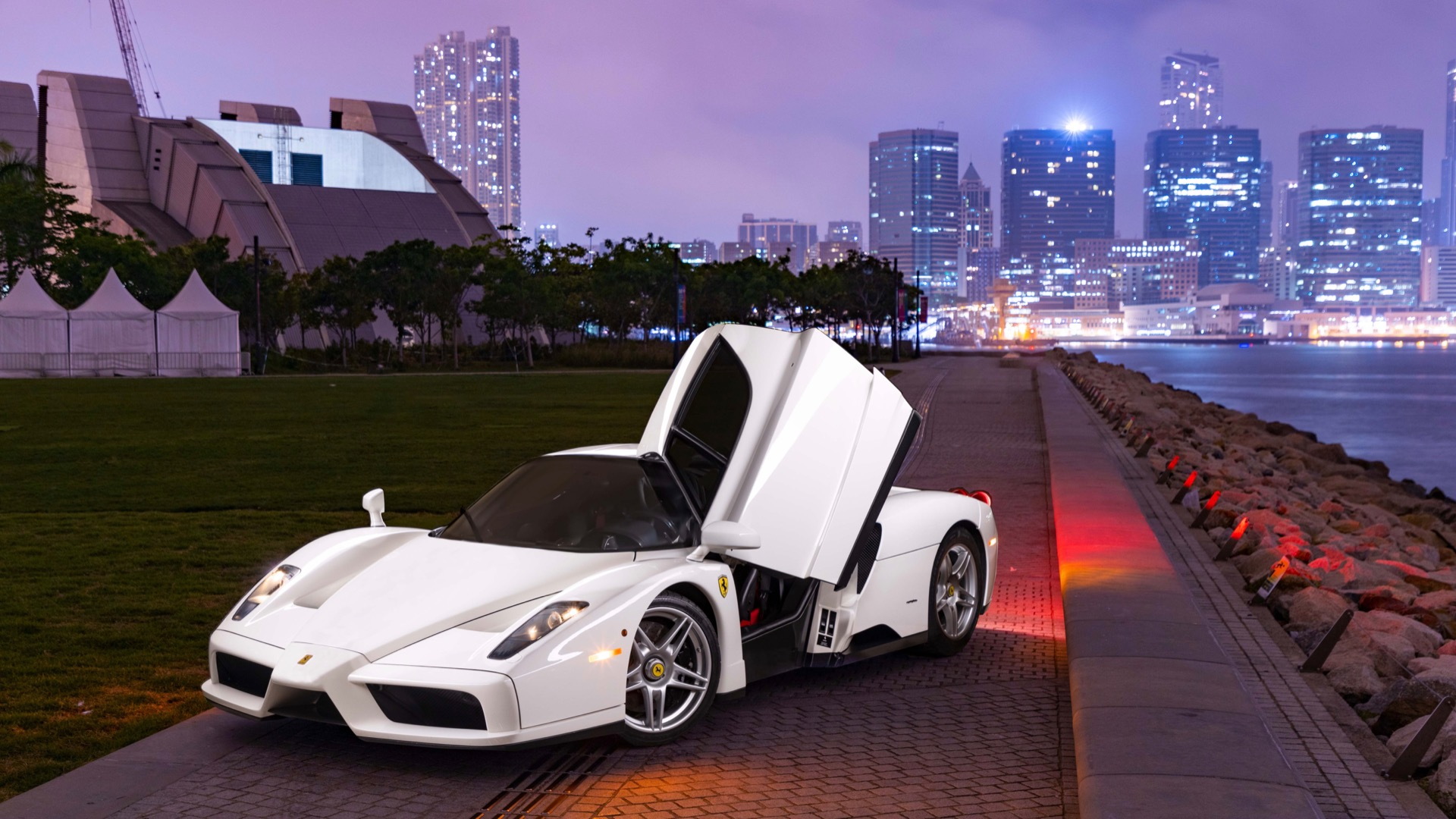 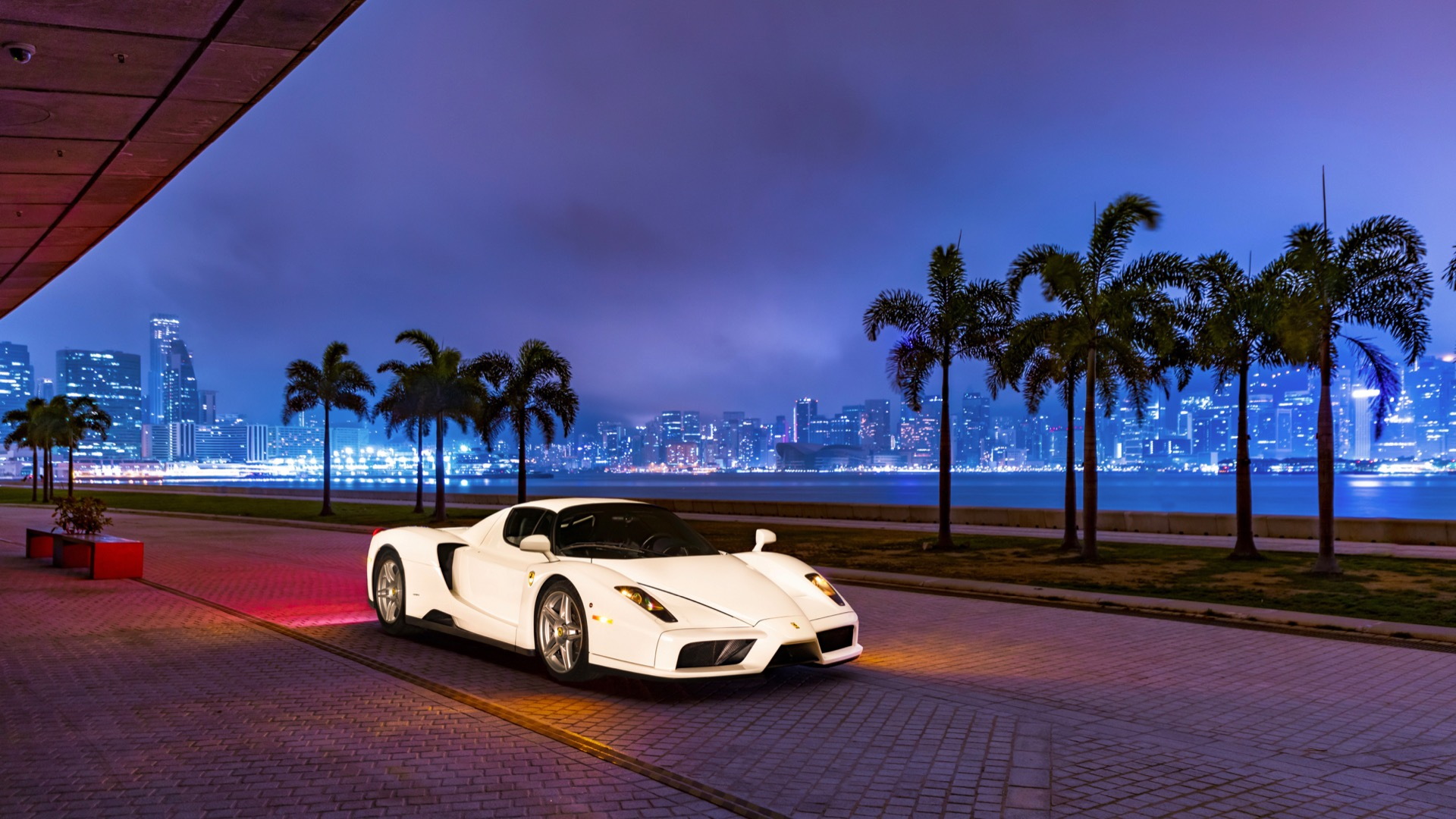 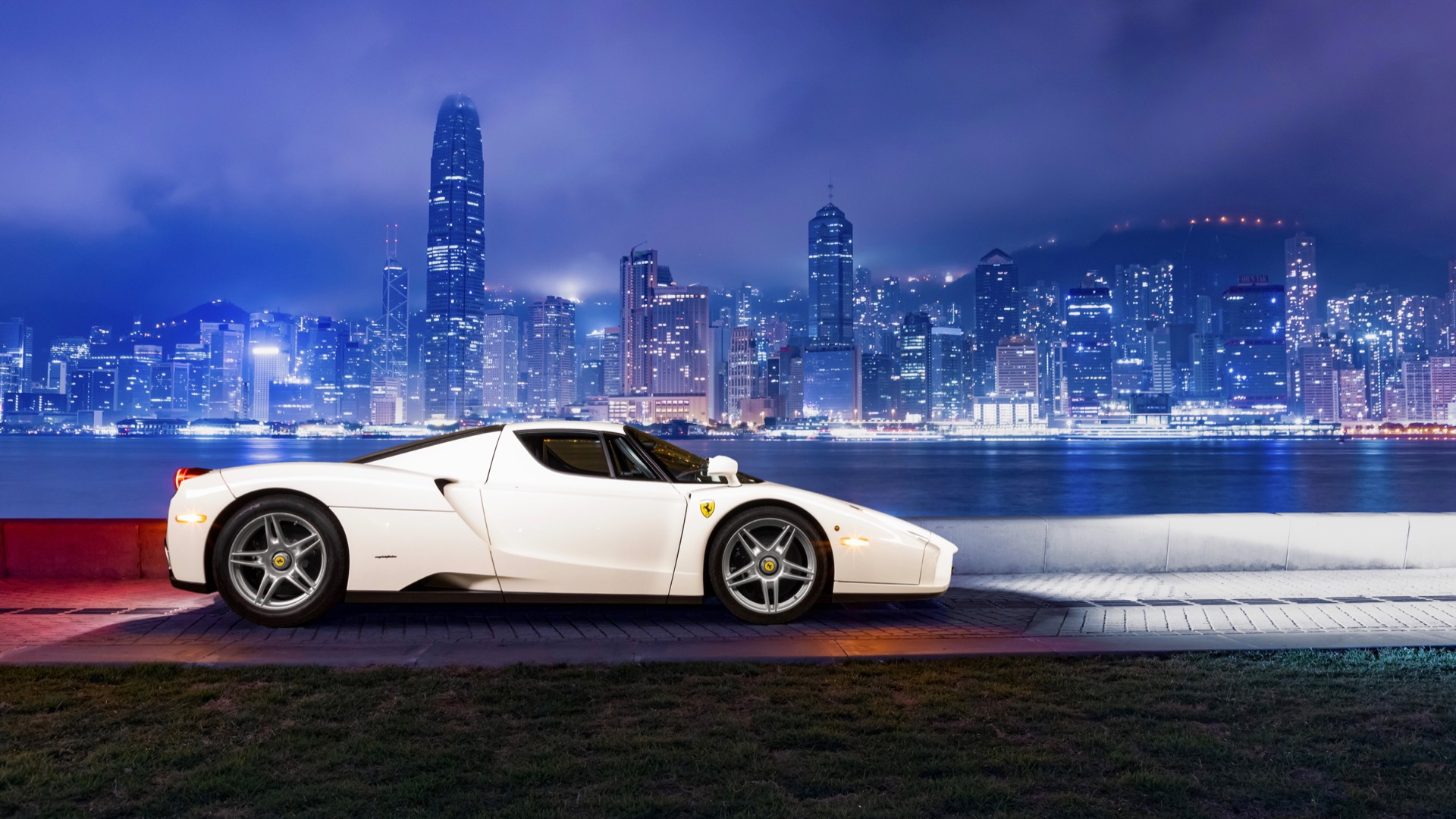 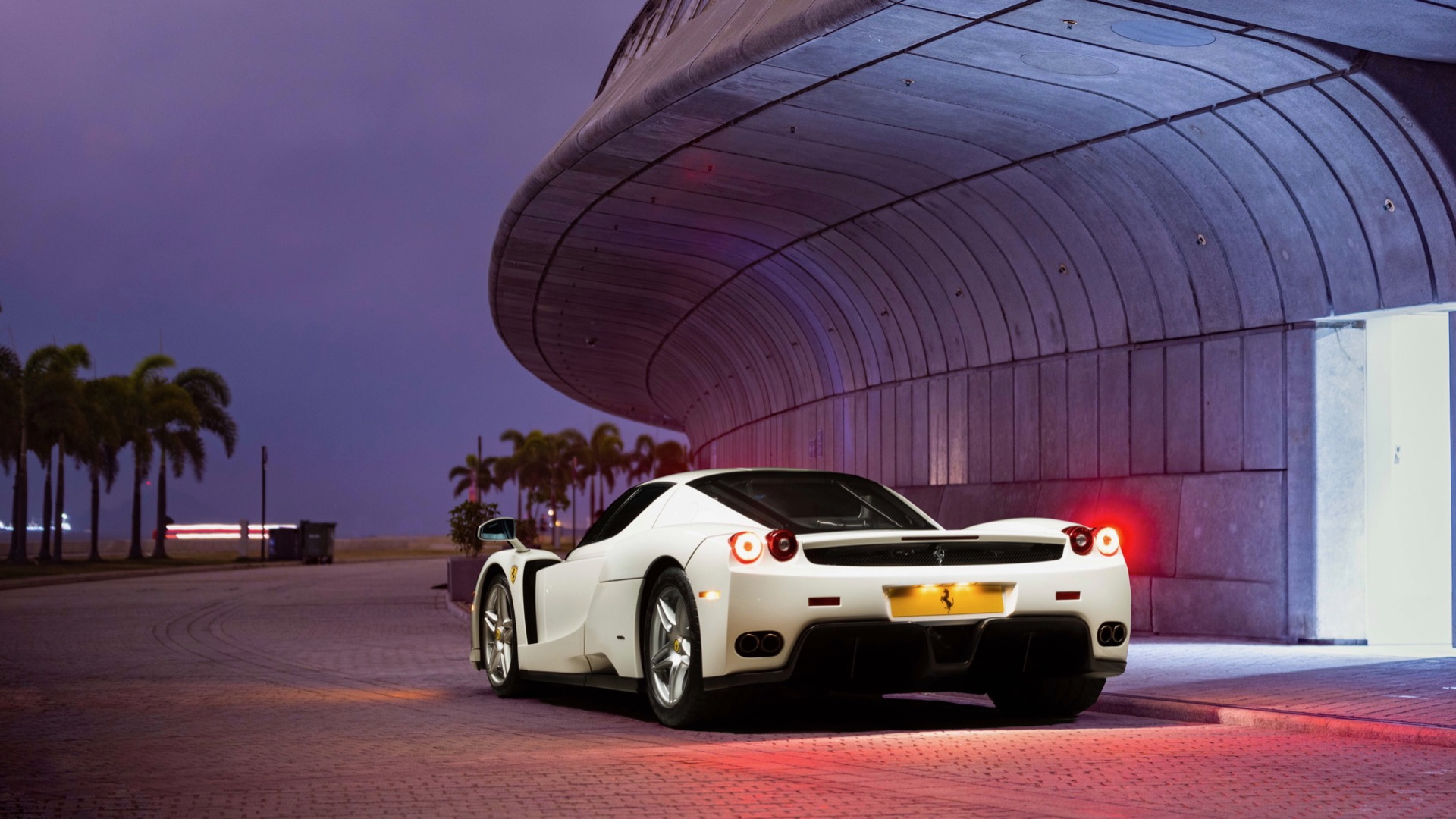 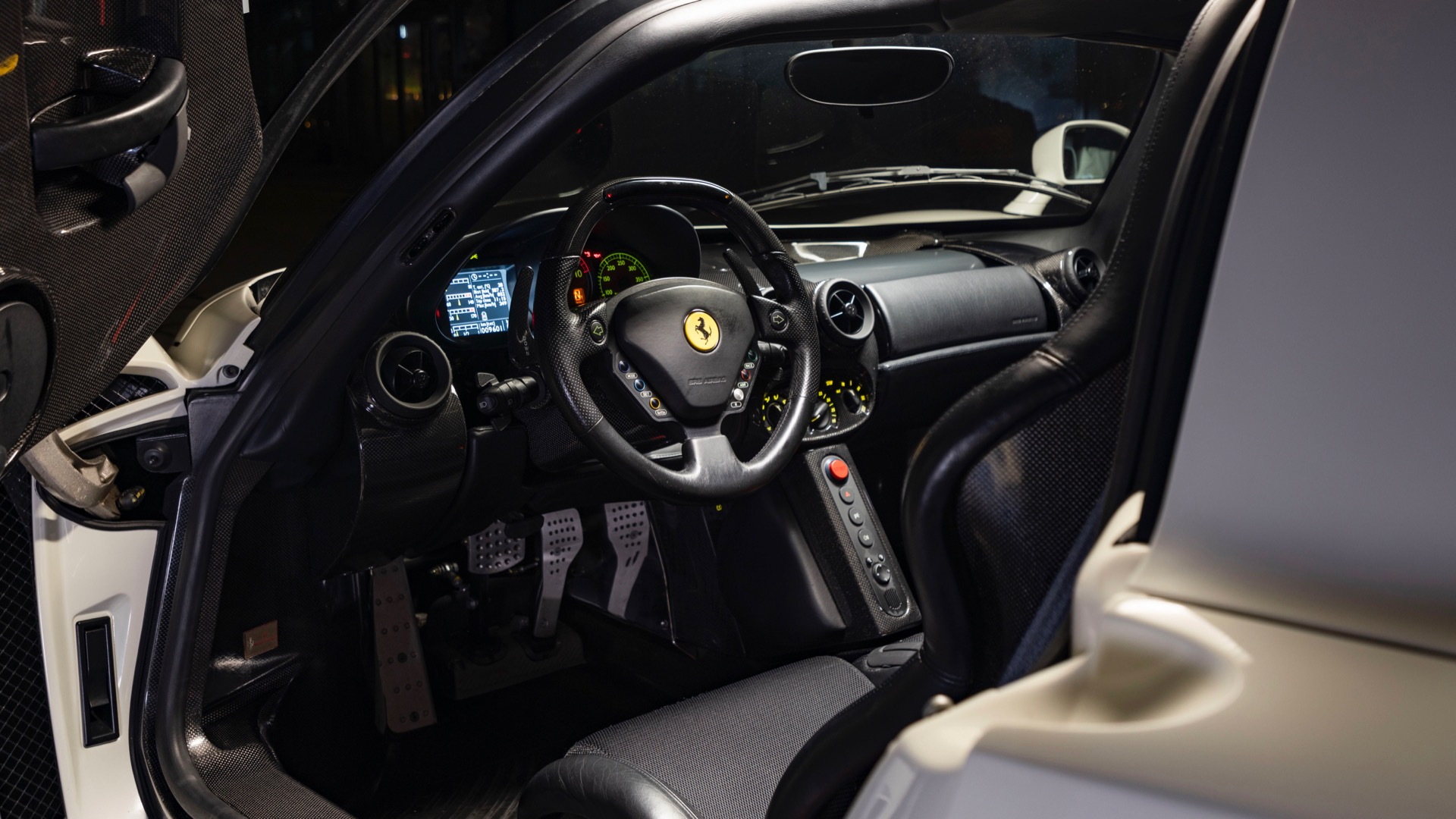 The only Ferrari Enzo finished in white, at least from the factory, will be auctioned off by RM Sotheby's in a 24-hour online auction starting June 29.

Ferrari built just 400 Enzos, including 20 "Extracampionario" cars finished in nonstandard colors, according to the auction house. Part of the latter group, this car—chassis 133023—is the only Enzo to leave the factory in Bianco Avus white.

The Enzo was Ferrari's flagship supercar of the early 2000s, picking up where the F40 and F50 left off. It featured a carbon-fiber monocoque chassis and paddle-shifted 6-speed transmission—both of which were fairly novel in supercars at the time.

A naturally aspirated 6.0-liter V-12 produces 650 hp and 485 lb-ft of torque, with drive going to the rear wheels only. The mid-mounted engine gets the Enzo from 0-62 mph in 3.6 seconds, and on to a top speed of 217 mph. Those numbers seem less impressive compared to today's supercars, but the Enzo was among the fastest production cars of its period.

The Enzo's monocoque and engine were also used for the Maserati MC12, albeit with extensive modifications to make the MC12 suitable for racing. Ferrari also produced a track-only Enzo derivative—the FXX.

Chassis 133023 got Ferrari Classiche certification in November 2012, and just received a full annual service at a Ferrari-authorized dealer in Hong Kong, according to the auction listing. Even a wrecked-and-restored Enzo fetched $1.75 million at auction in 2016, so it's likely this car will attract a very high bid.

Ferrari eventually launched an Enzo successor in the form of the LaFerrari, which has become a collectible in its own right. And it's just about time for Ferrari to launch another flagship supercar. Ferrari tends to launch these every 10 years, and it's been about a decade since the LaFerrari debuted. We've even spotted a potential LaFerrari successor out testing.