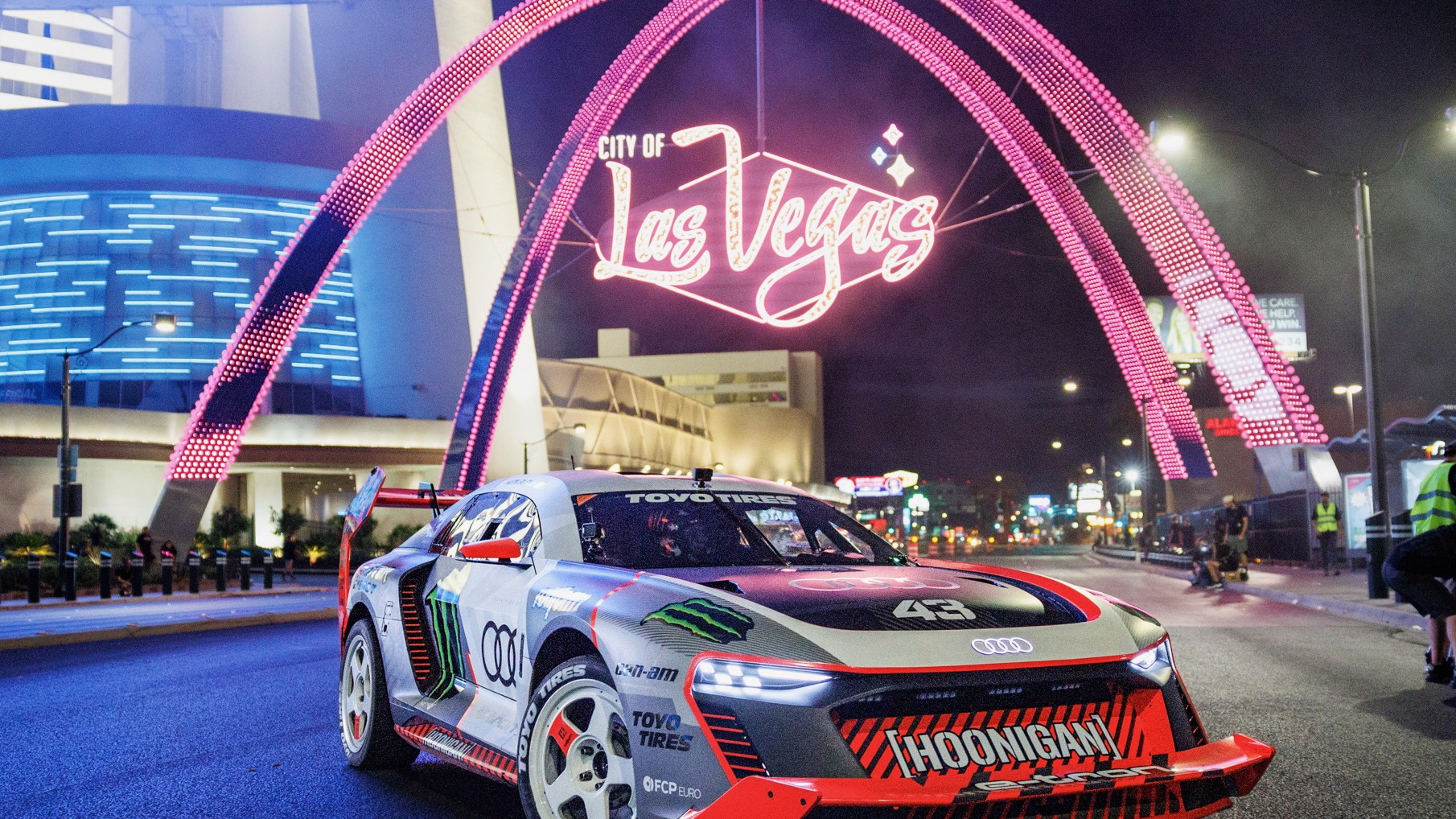 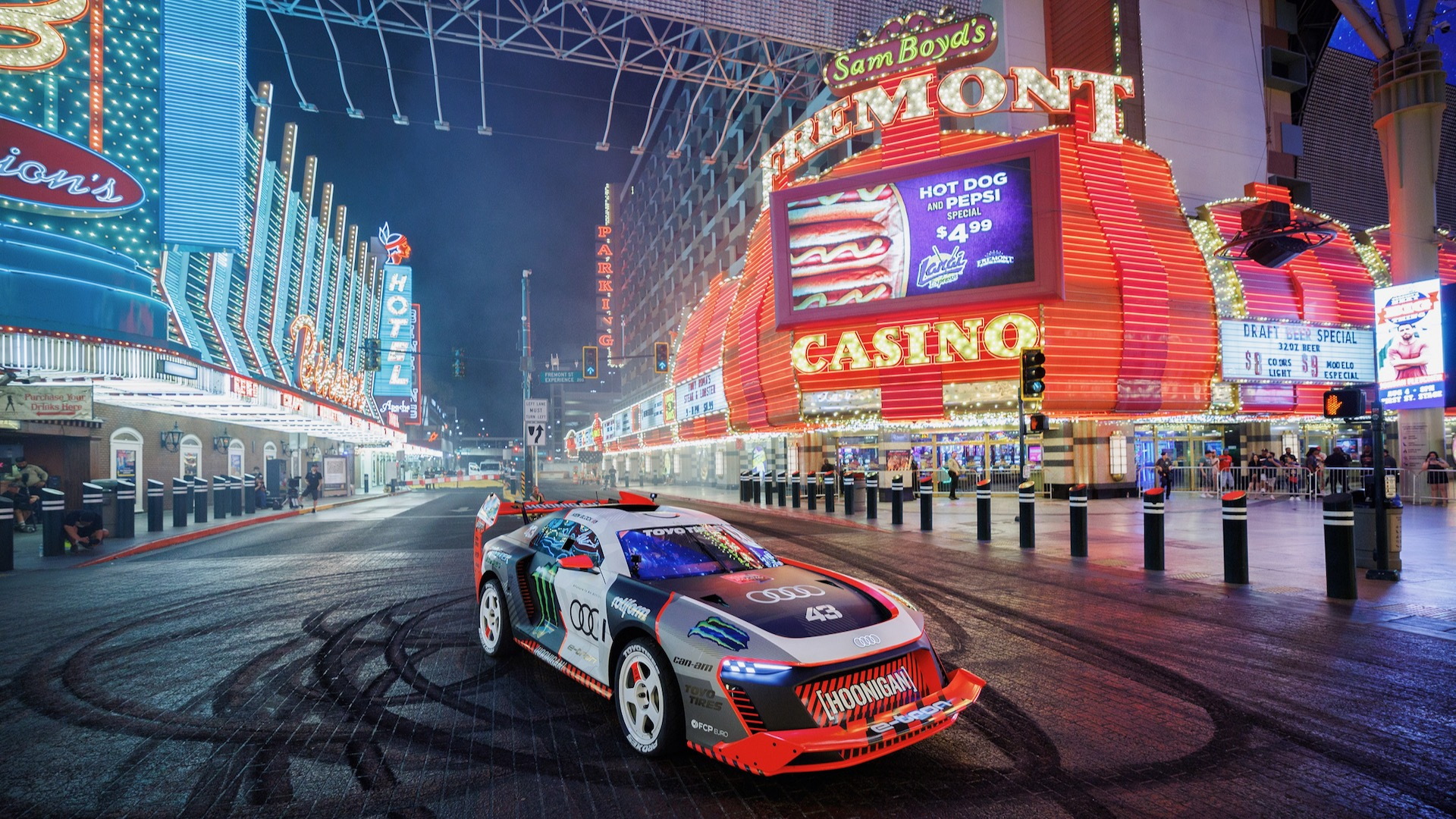 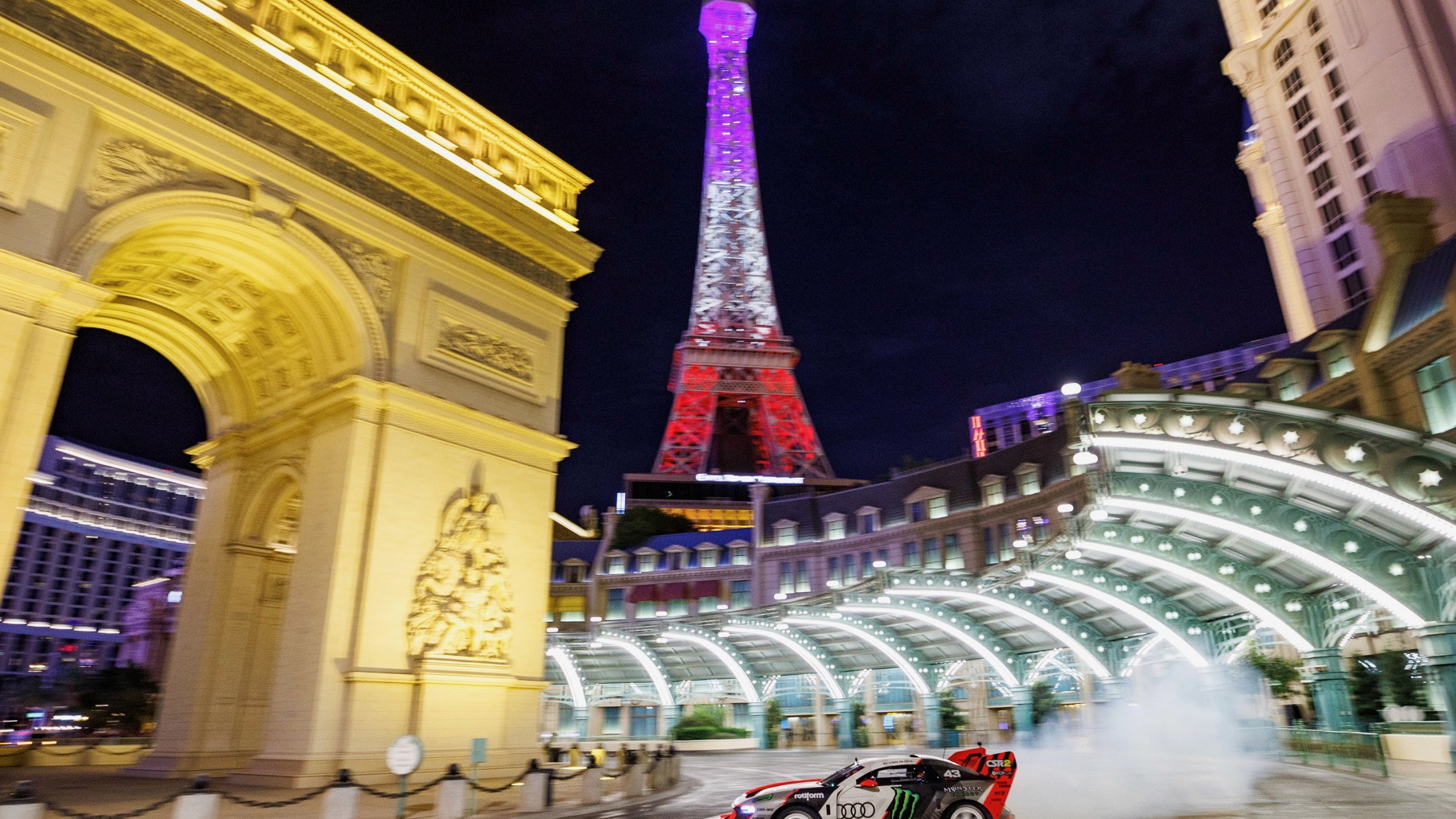 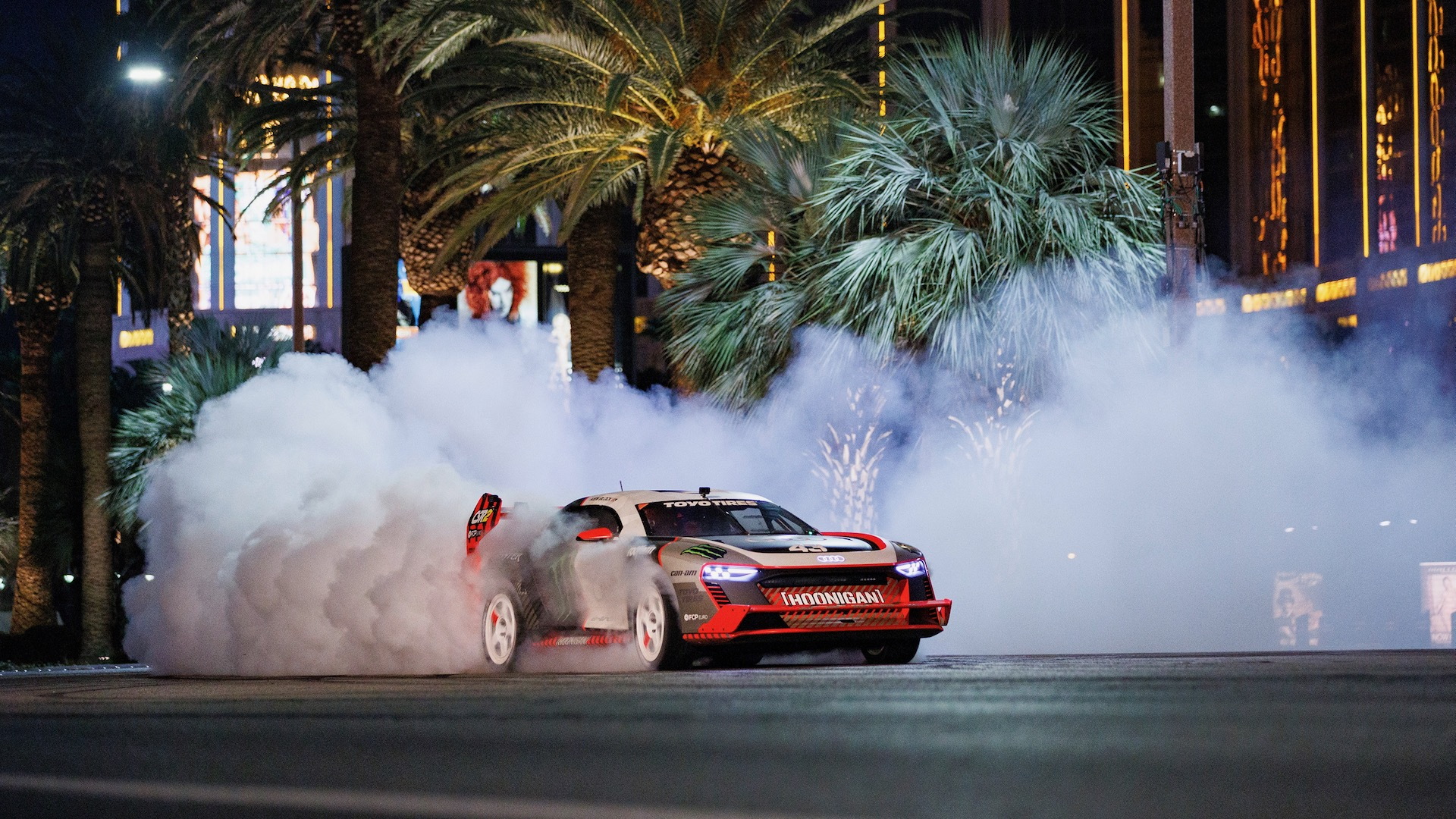 Block's romp through Sin City has been in the works for awhile. The head Hoonigan and Audi formally teamed up in late 2021 to bring Block's tire-shredding sensibilities to EVs. While previous "Gymkhana" videos featured Subaru and Ford vehicles, Block claims Audi's Quattro rally cars were his first motorsports love. 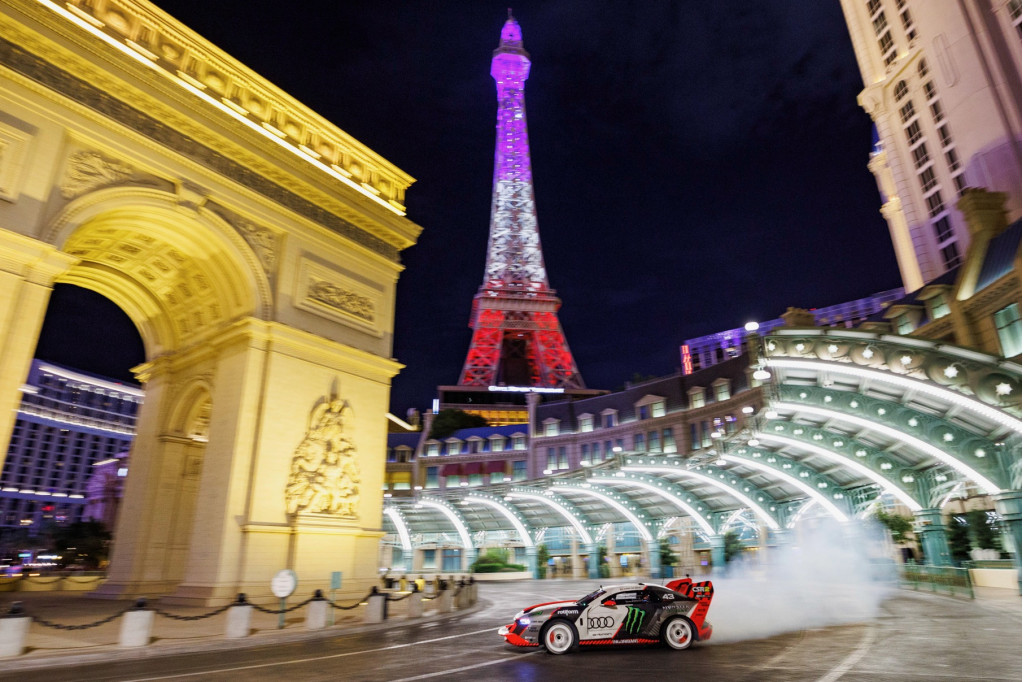 In addition to being the first electric car in a "Gymkhana" video, the Hoonitron is also the first car built specifically for one of these videos. Audi developed a bespoke carbon-fiber chassis the automaker claims is built to FIA safety standards, and Audi's design department penned bodywork inspired by the Audi Sport Quattro S1 E2 of 1980s Pikes Peak hill climb fame.

That car makes a cameo appearance in the video, along with several other Audi race cars, including an Audi 90 IMSA GTO, Audi 200 Trans Am, and an R18 E-Tron Quattro Le Mans prototype that appear in non sequitur beauty shots at the end of the video. Nine-time 24 Hours of Le Mans winner Tom Kristensen can be glimpsed in one of his race cars as a witness to Block's antics as well. And because this is Vegas, there's an Elvis impersonator, too.

The electric powertrain, which is derived from Audi's defunct Formula E program, means there's no engine noise like in previous "Gymkhana" videos. But the Hoonitron isn't exactly silent as Block slides it along the Strip and through casino parking garages. The howl of the electric motors is ever present, and it turns out tires make quite a bit of noise as they're tortured to death.

The lack of engine noise isn't the only difference. In a video on the Hoonitron, Block said he had to adapt his driving style to the EV. That doesn't seem to have slowed him down, though.