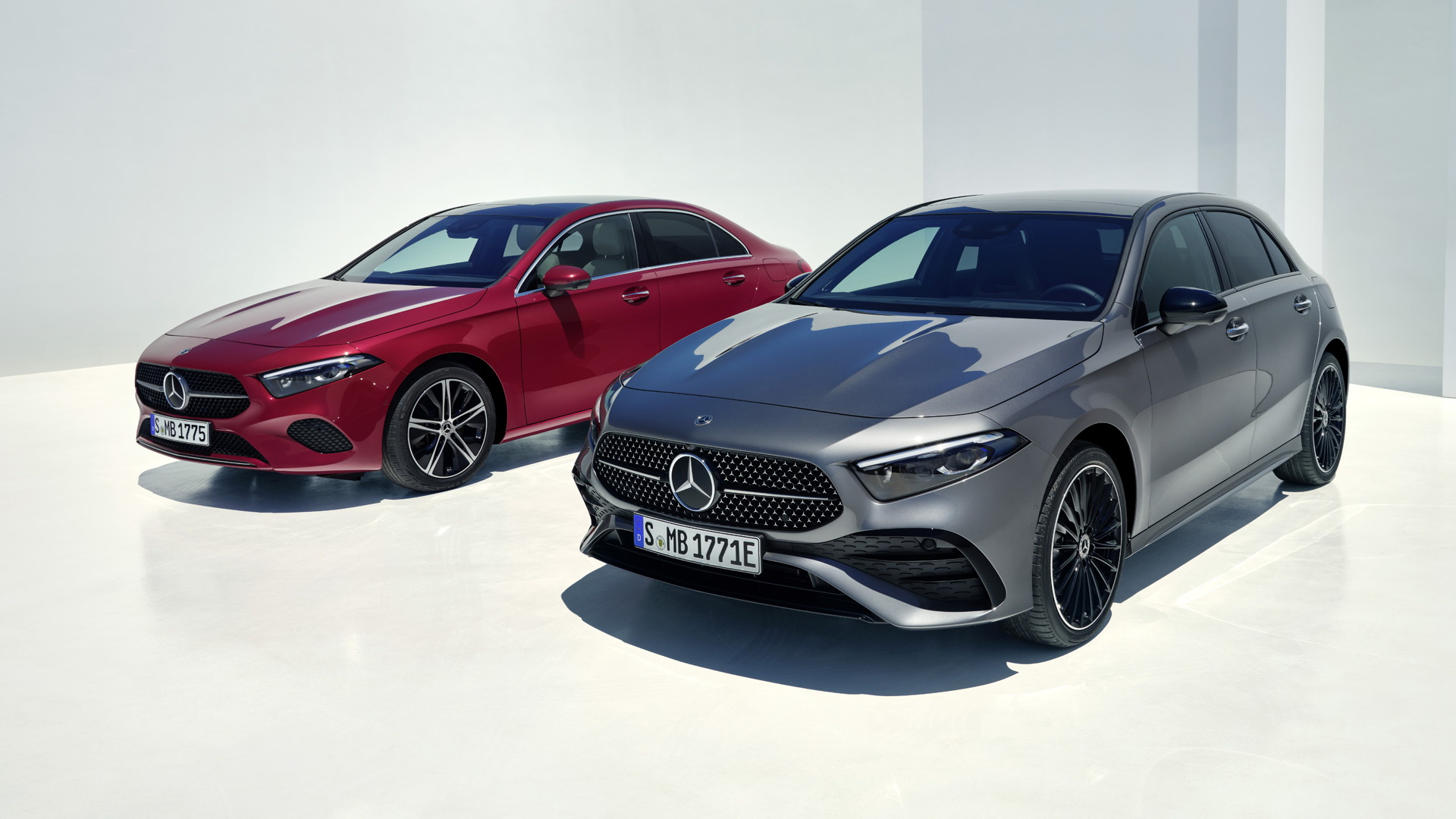 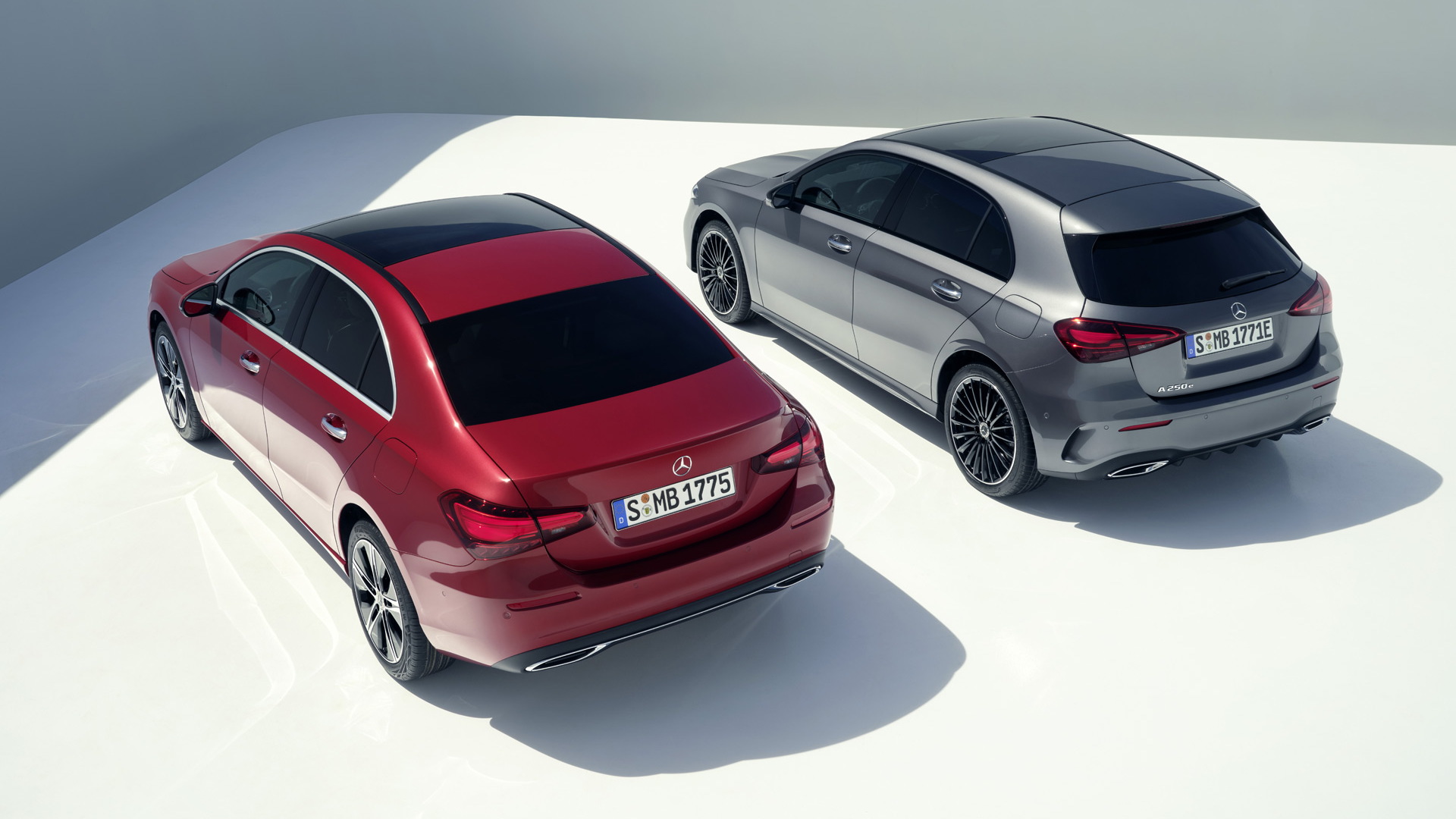 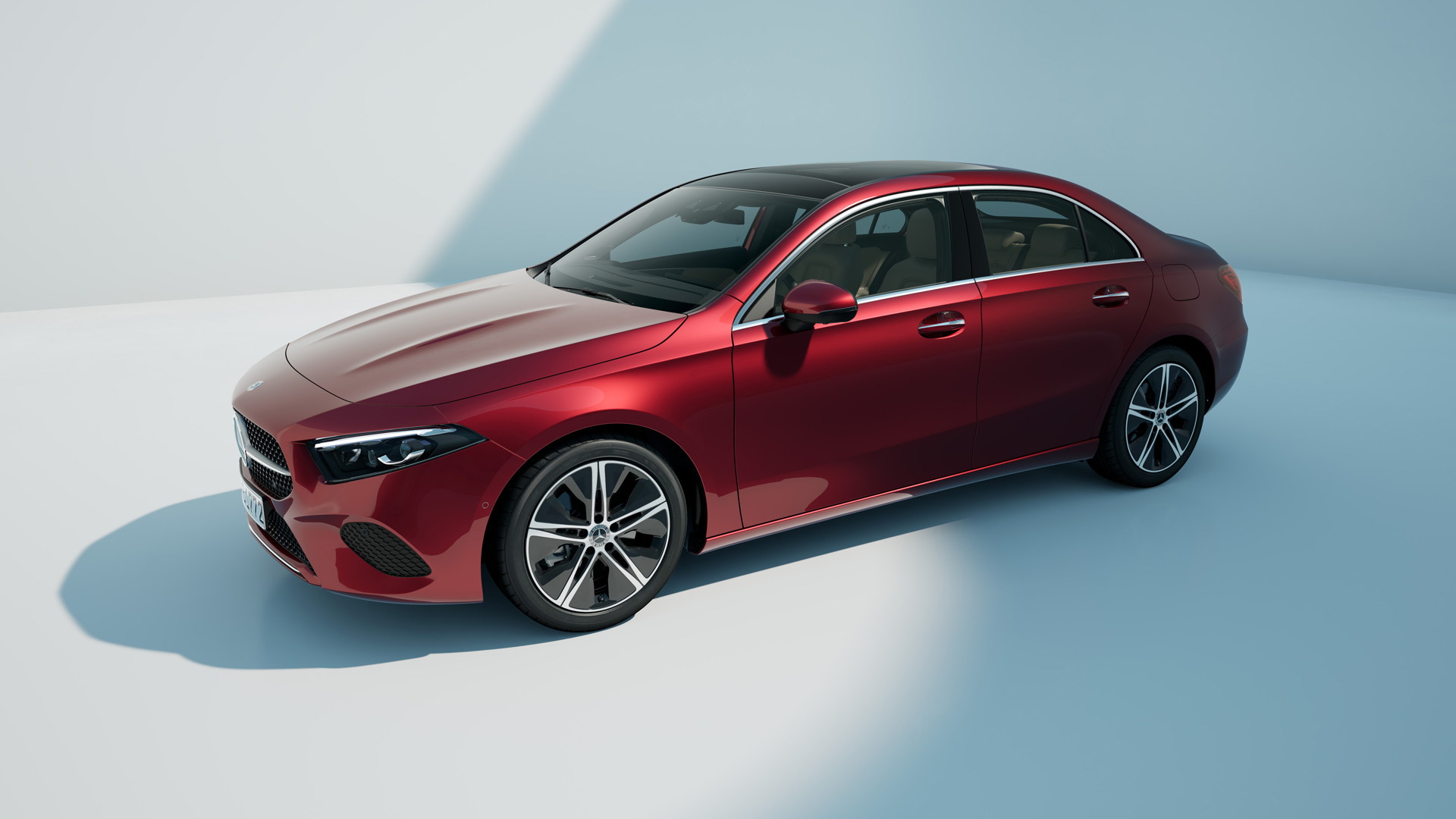 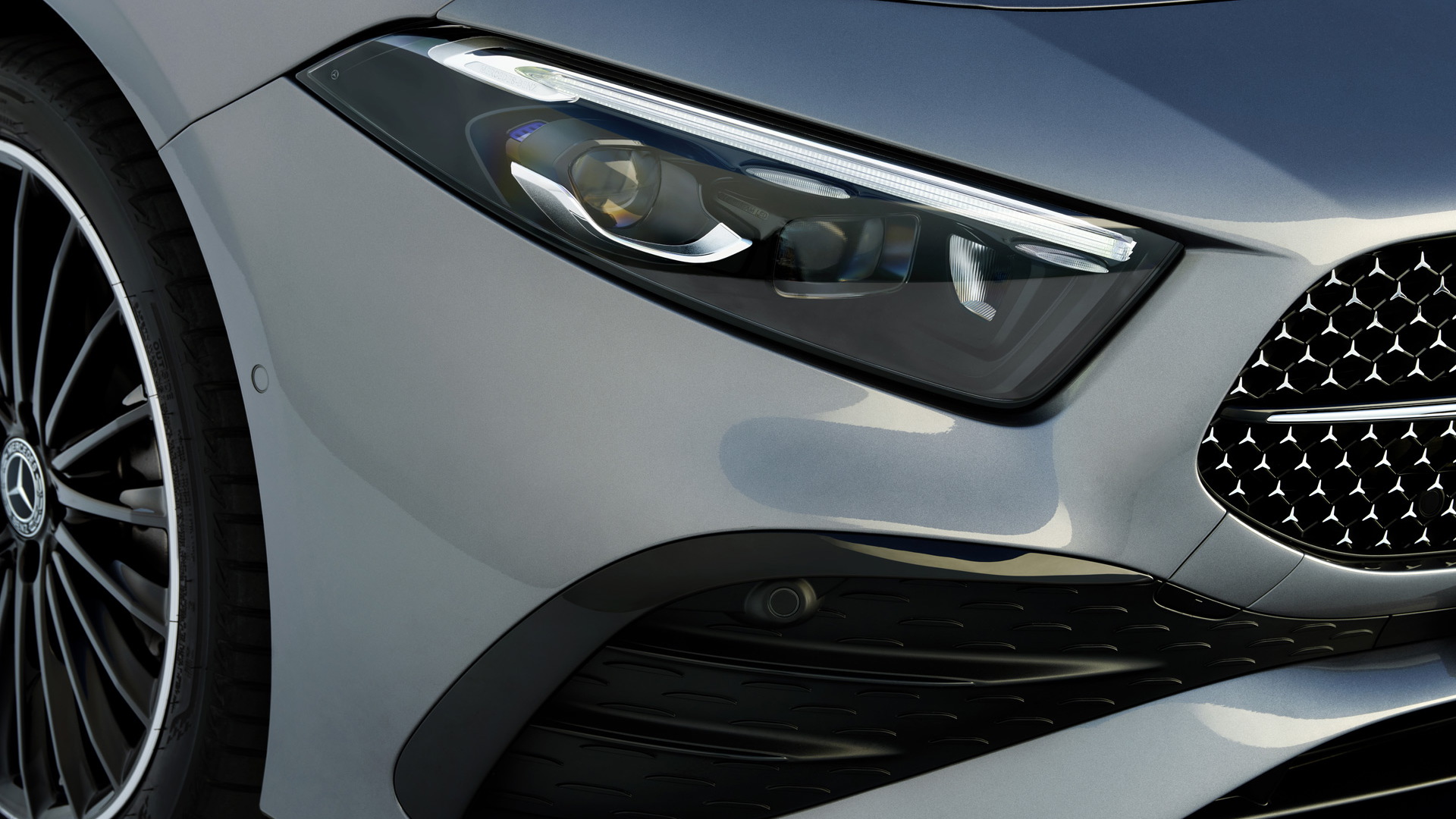 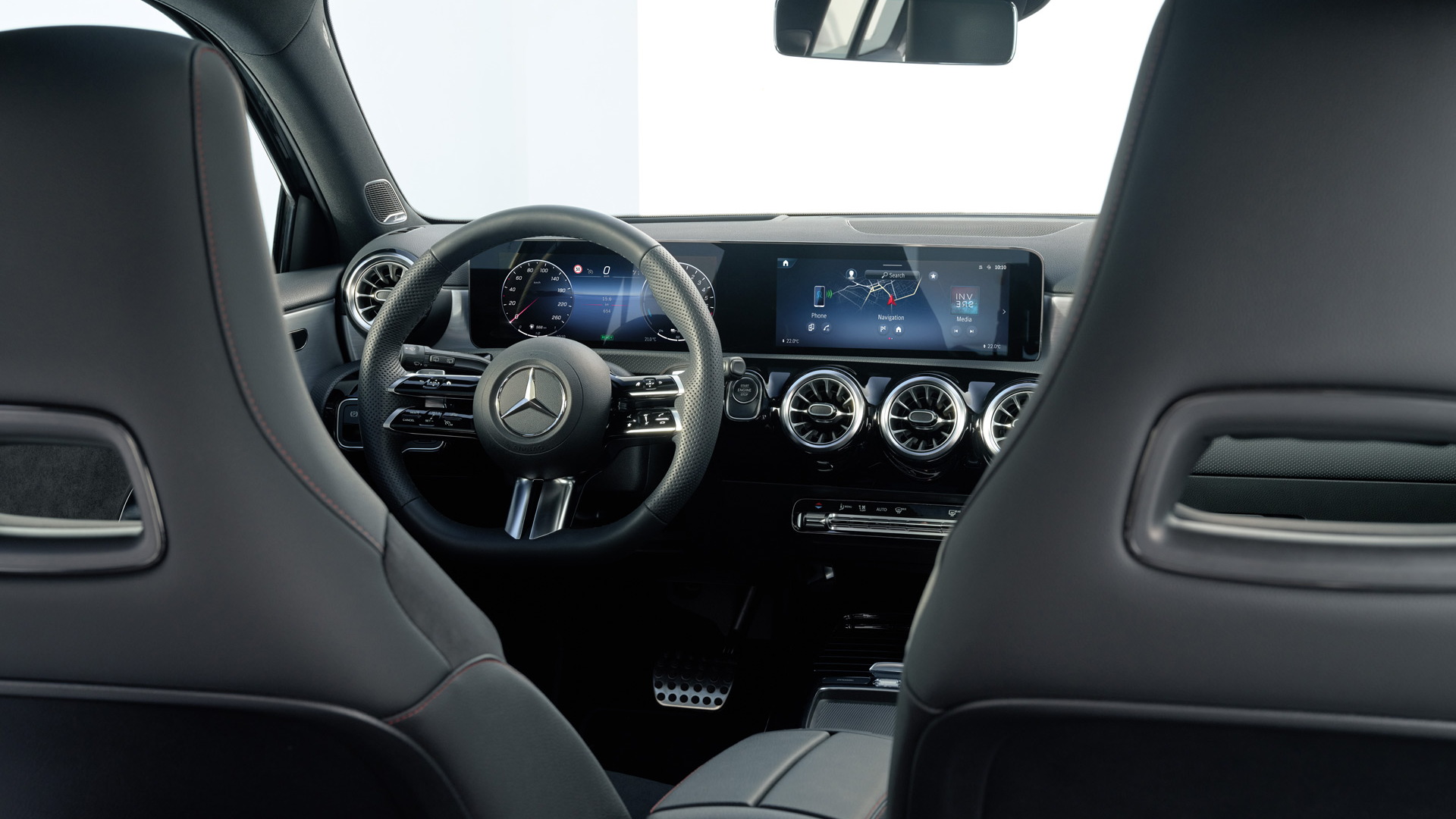 The Mercedes-Benz A-Class bows out of the U.S. after 2022, but the compact sedan and its hatchback counterpart will remain on sale elsewhere, and they're about to receive some updates.

Unveiled on Wednesday, the updates will feature across the A-Class range, including the AMG variants, and also feature on the related B-Class minivan. While the updated A-Class and B-Class won't reach the U.S., some of their features, such as the interior design, will filter across to updated versions of the related CLA-Class, GLA-Class, and GLB-Class bound for this market.

There are new internals for the lights, new fascia designs, and a revised grille that can be fitted with a star pattern made out of tiny Mercedes-Benz logos. Inside, there are new designs for the seats and steering wheel, plus a less cluttered center console, and extra standard equipment. A fingerprint sensor will also be added to the interior to identify the driver starting from early 2023.

The driver is faced with a digital instrument cluster measuring 7.0 inches as standard; a 10.3-inch screen is an option. It's joined by a 10.3-inch touchscreen for the infotainment system. Mercedes said its infotainment system, known as MBUX, has been made more intuitive. The same is also true for the voice assistant which in some cases no longer requires a “Hey, Mercedes” at the start of an instruction. Apply CarPlay and Android Auto are also included, as well as USB connectivity.

Don't look for battery-electric versions of the A-Class or B-Class. Mercedes had planned to launch an electric A-Class at one point but decided to focus on crossover body styles instead, hence the reason it launched the GLA-Class-based EQA. While we won't see the EQA in the U.S., the larger GLB-Class-based EQB electric crossover just went on sale for 2022.