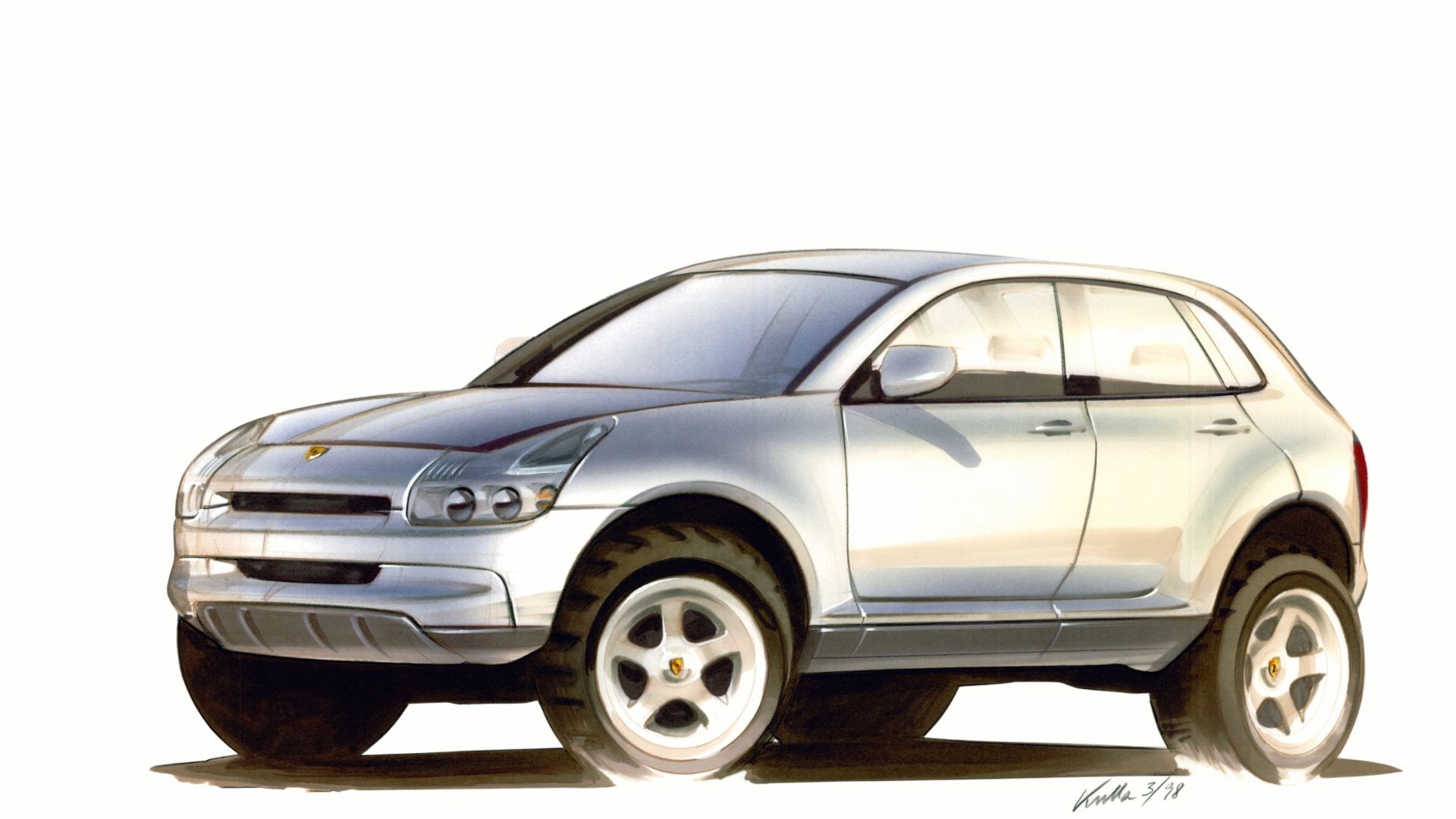 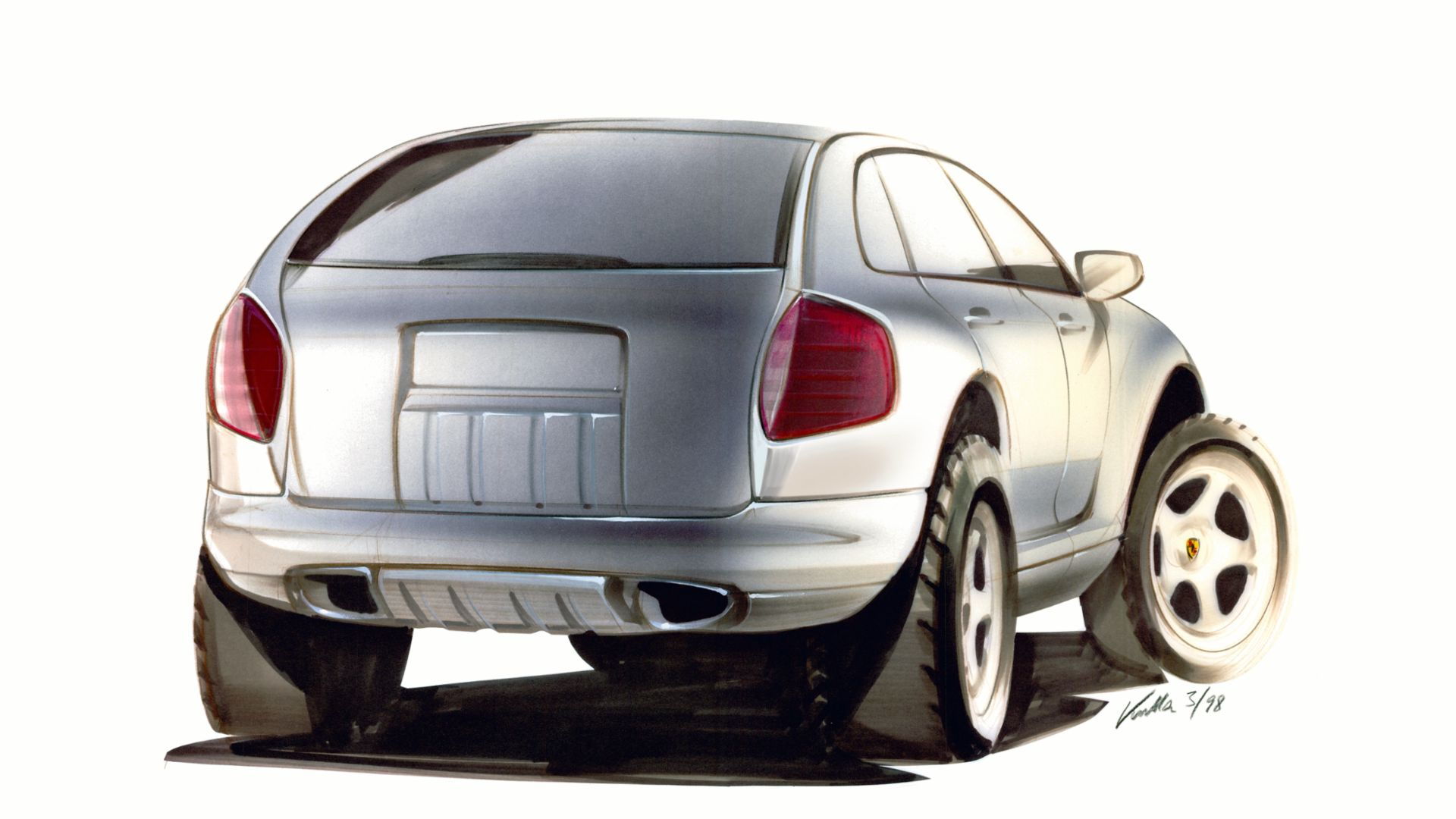 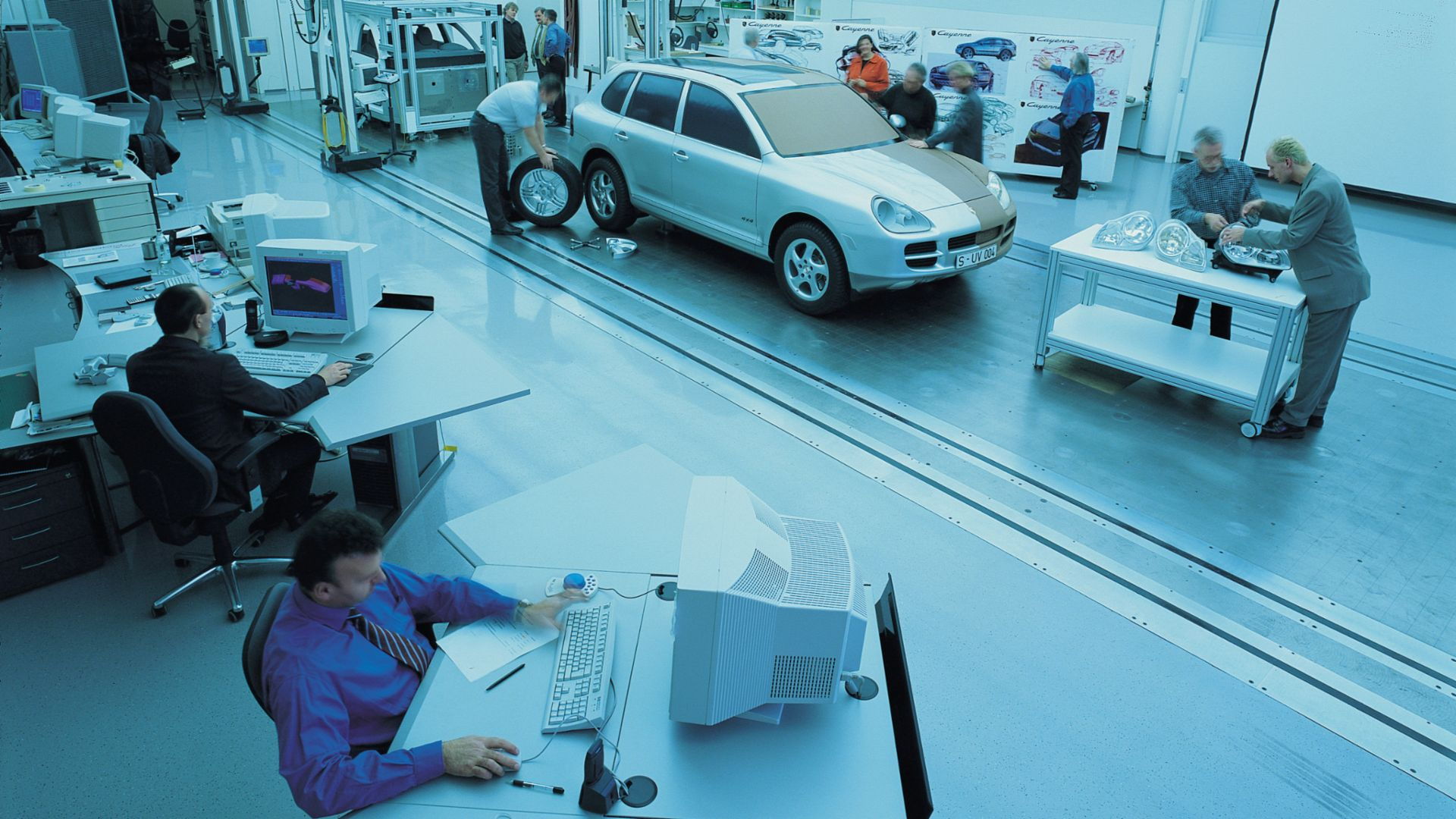 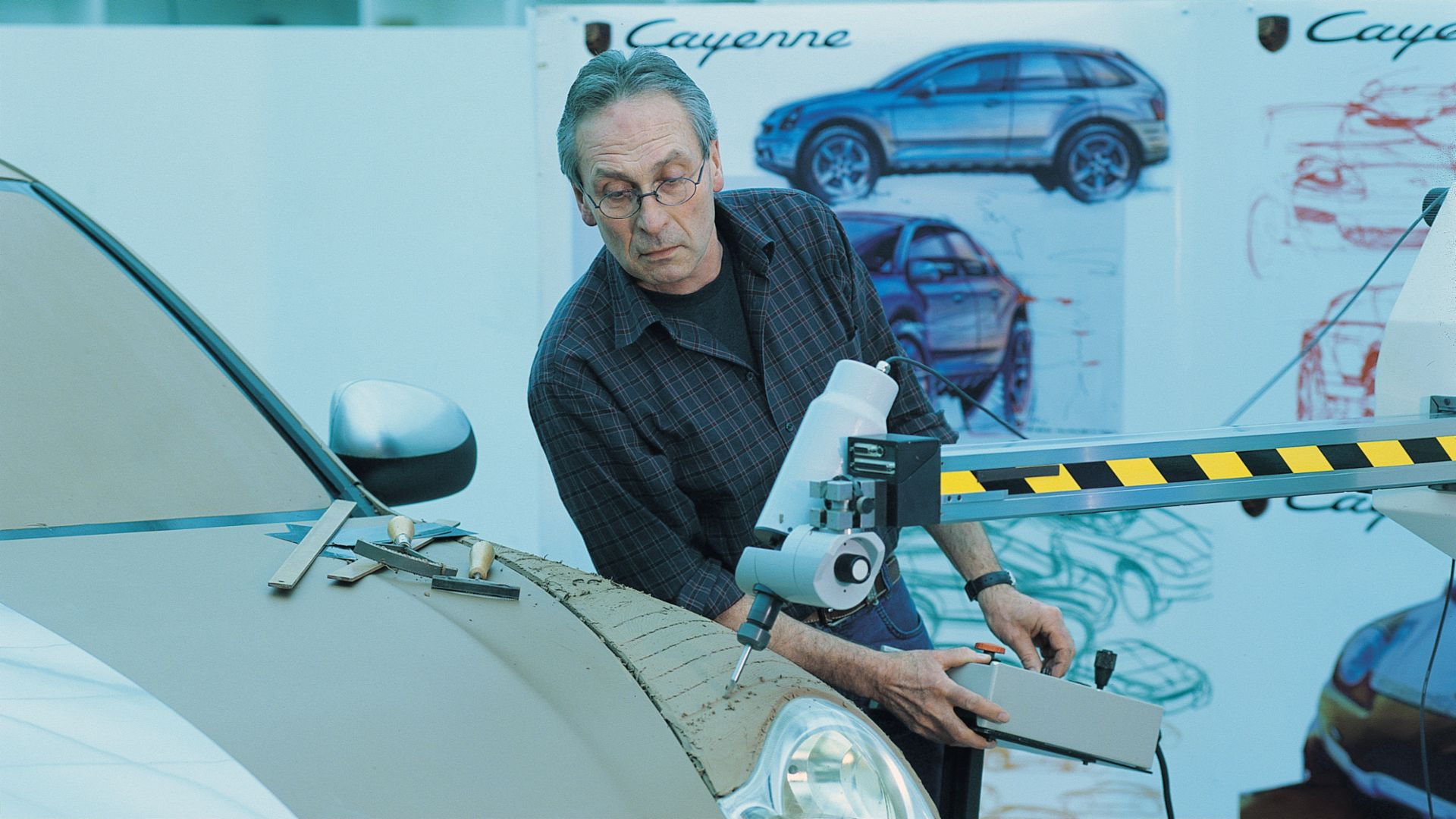 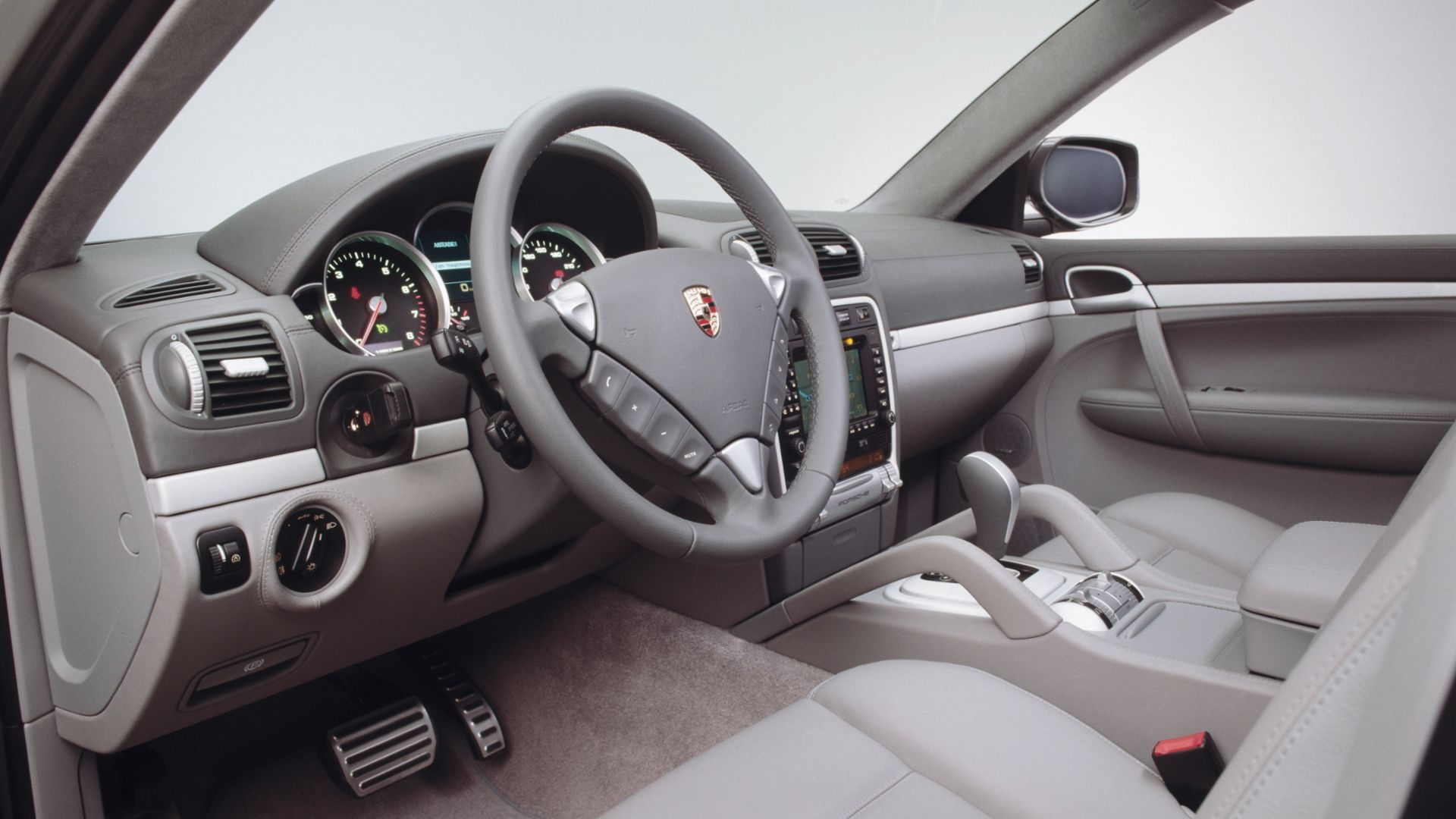 The Porsche Cayenne turned 20 this year , and to mark the occasion Porsche has been looking back on the development of its first SUV. The latest tidbit focuses on the design process for the first-generation E1 Cayenne, code-named "Colorado."

Designing what would become Porsche's first four-door production model was difficult because the Cayenne had to incorporate familiar Porsche styling elements into a completely different shape.

For example, designers wanted to raise the peaks of the front fenders so that they sat taller than the hood, as in the then-current 996 911. But the hood itself had to be quite tall as well, to accommodate the Cayenne's V-8 engine. Adapting the 996's headlight shape to the Cayenne was also a challenge, taking a year to complete, Porsche said.

With fairly limited resources for vehicle development, Porsche originally planned to base the Cayenne on the Mercedes-Benz M-Class, but ultimately twinned its SUV with the Volkswagen Touareg. The first-generation Cayenne and Touareg shared a windshield and doors, the latter hindering how much designers could differentiate the Porsche from the VW.

"It's easy to underestimate how much the doors define the side of the car," Michael Mauer, Porsche's current design boss, who worked on the 2007 facelift of the E1 Cayenne, said in a statement. "Behind the rear door we've got maybe another meter, and only a little more at the front, so there is not a lot of room to do very much."

The interior was also made up largely of carryover VW parts. While that saved money, it also meant compromising on a Porsche trademark. The first-generation Cayenne lacked Porsche's signature centered tachometer. That would have required designing a bespoke instrument cluster at prohibitive cost. The ignition was still placed to the left of the steering wheel, at least.

While some VW influence was visible, buyers didn't seem to care. The Cayenne was a major success that brought Porsche financial stability, and ultimately outlasted its Touareg platform-mate in the U.S..

The current third-generation Cayenne shares the Volkswagen Group MLB platform with a number of other luxury SUVs, including the Audi Q8, Bentley Bentayga, and Lamborghini Urus, but each has a distinct personality and styling.