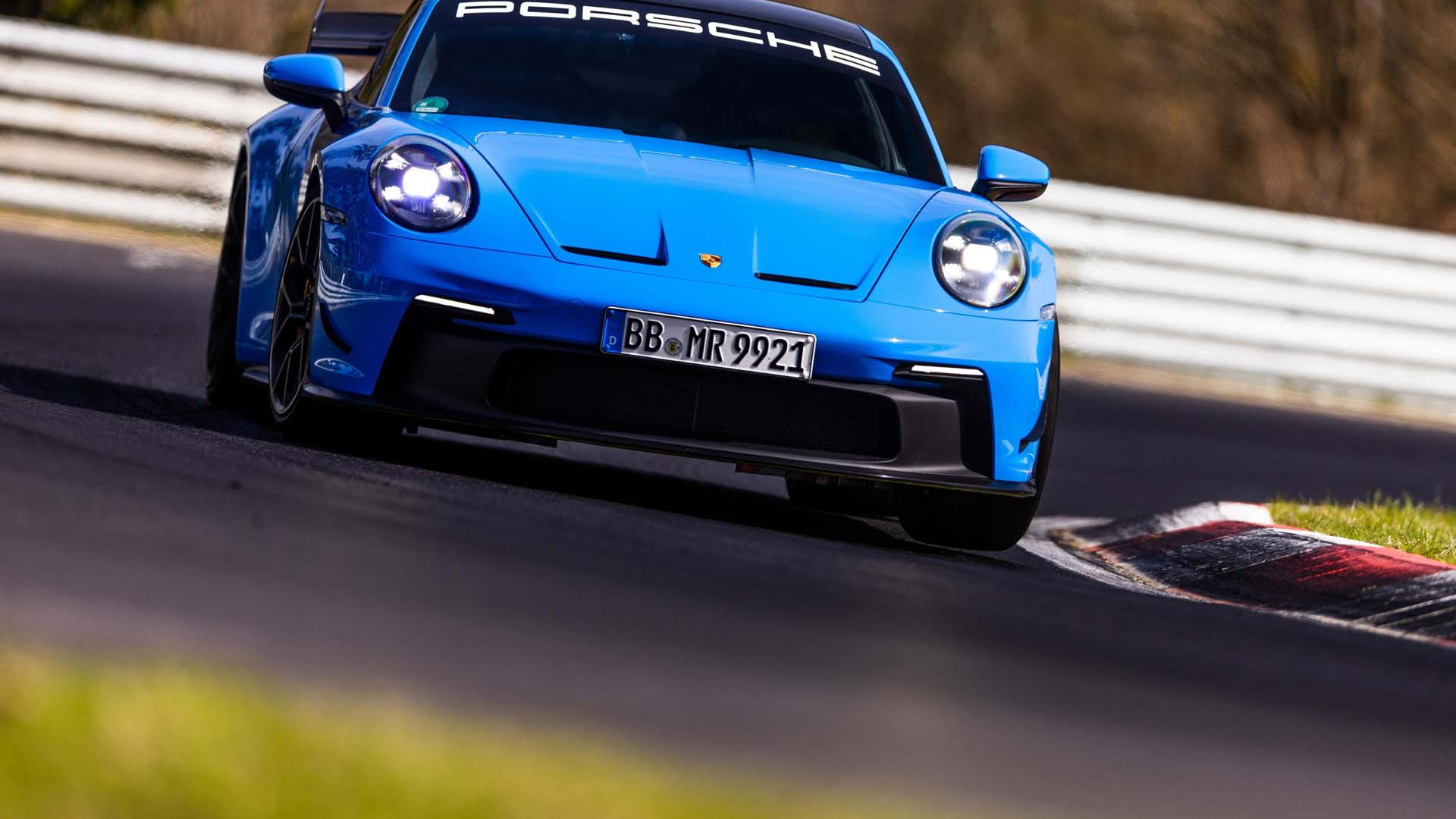 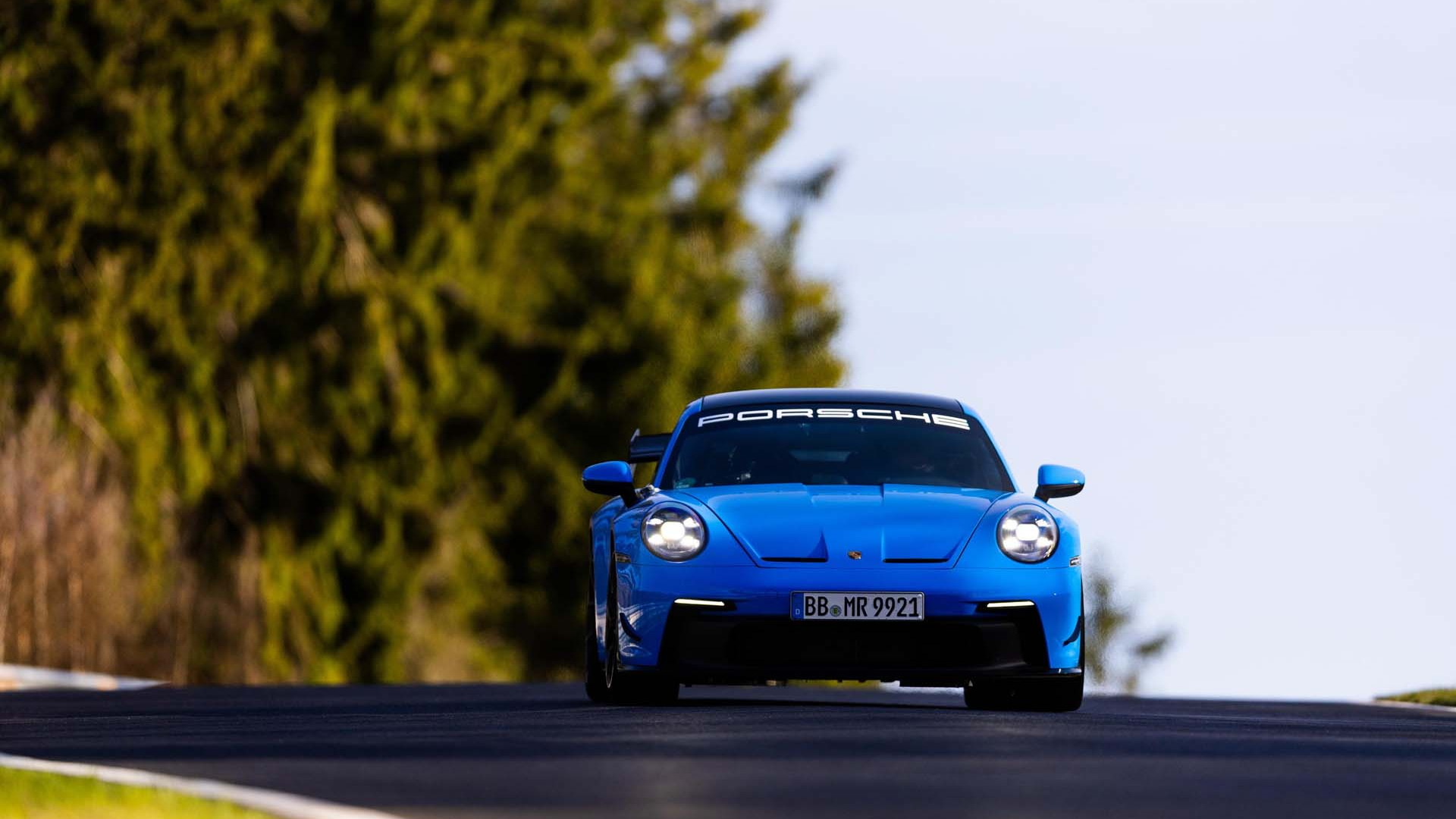 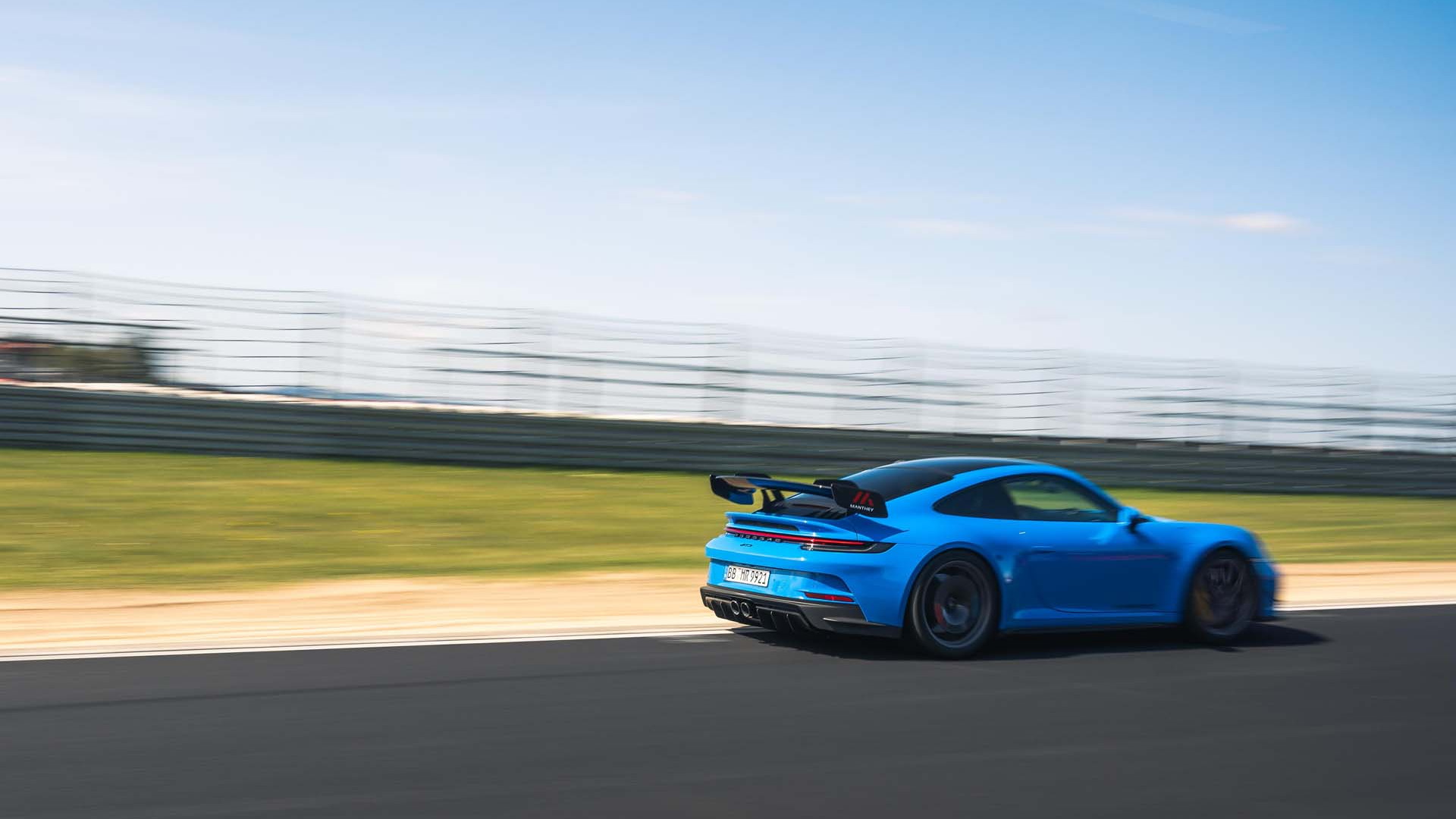 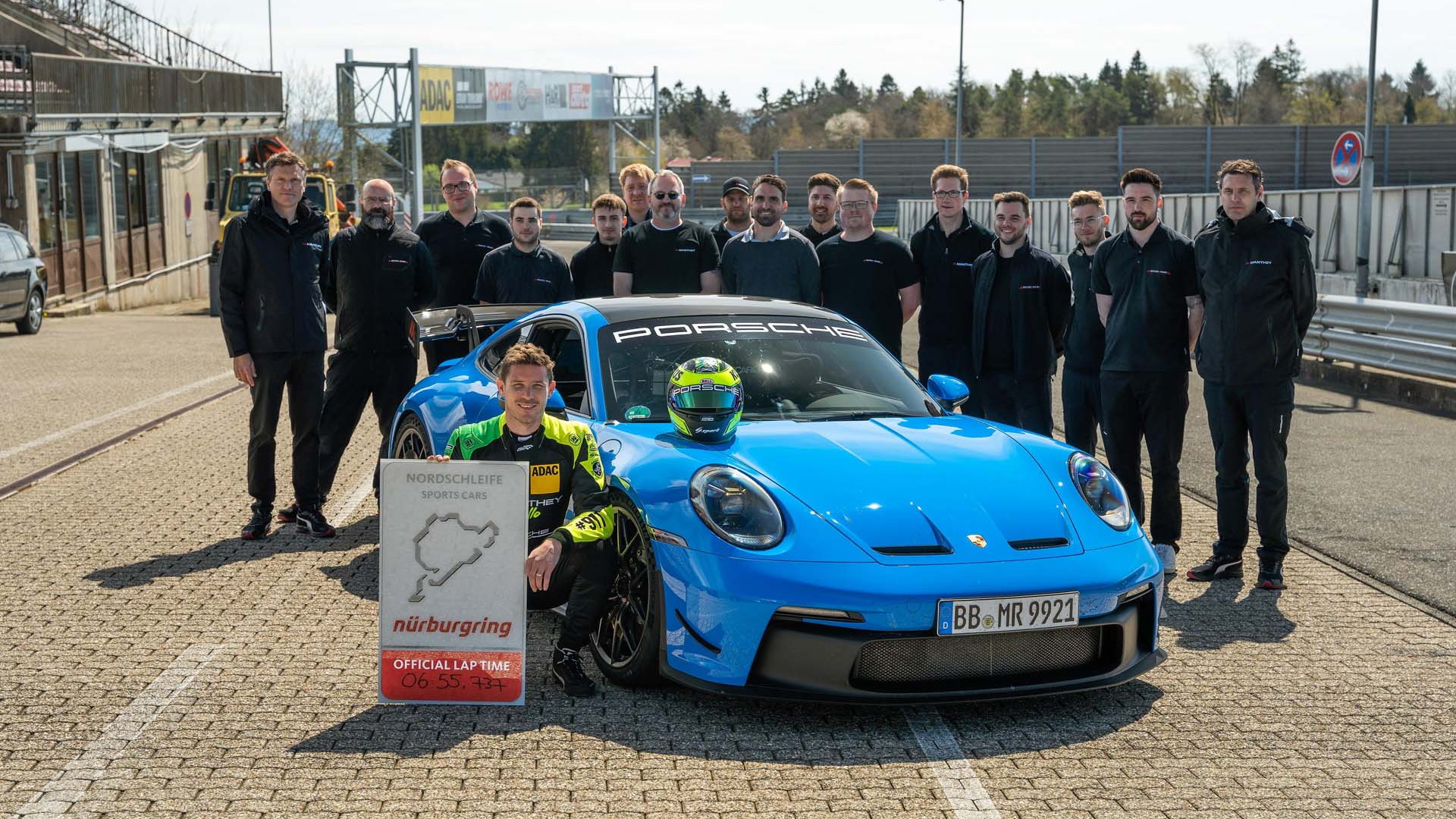 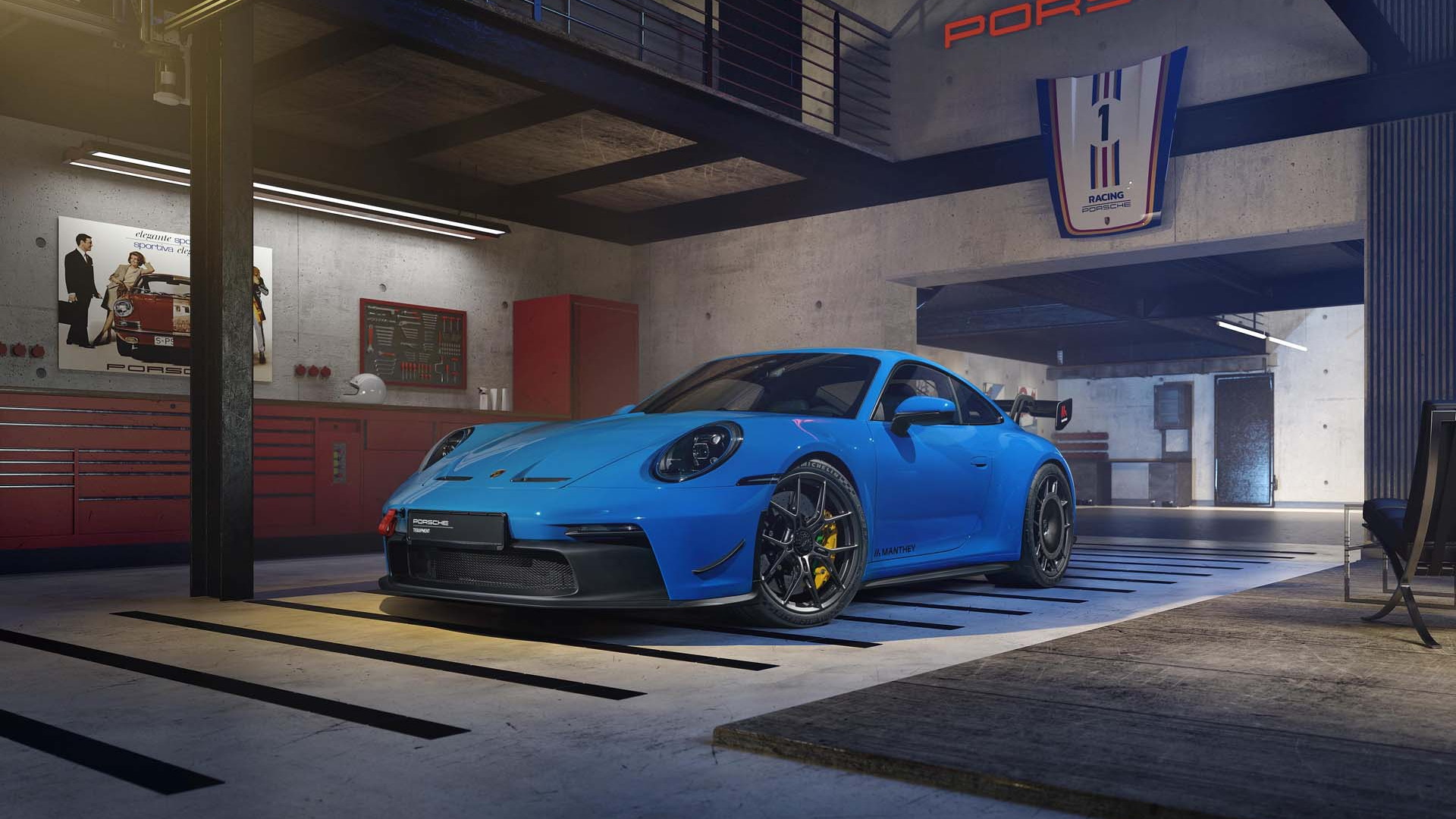 Manthey-Racing has developed a new performance upgrade package for the 992-generation Porsche 911 GT3, and you'll be able to purchase it directly from Porsche, meaning it won't void the manufacturer’s warranty.

The 992-generation 911 GT3 already offers plenty of performance straight from the box, but Manthey's kit, known as the Manthey Performance Kit, manages to shave 4.19 seconds from the Nürburgring lap time of the stock car, delivering a new time of 6:55.737. In both cases the GT3's available Michelin Pilot Sport Cup 2 R tires were used.

What's perhaps most impressive is that this was achieved without simply dialing up power from the car's 4.0-liter flat-6. Instead, the modifications focus on the aerodynamics and chassis.

The aero upgrades include a new lip spoiler and flics at the front and an extended diffuser and wider carbon-fiber wing with end plates at the rear. Modified air channels under the car also help to increase downforce at the front axle. Manthey also offers its own wheel design which feature aero discs to smooth airflow around the car, and help reduce total unsprung mass by about 16 pounds.

Key chassis upgrades include four-way adjustable suspension, upgraded brake lines, and as as an option, racing brake pads. The new suspension means the struts can be adjusted to four positions, and rebound and compression can be tweaked without tools. The spring rates are also tweaked (up 10% at the front and down 7% at the rear) to improve handling at the limit.

As mentioned earlier, no changes are made to the powertrain which means the rear-mounted flat-6 engine's output remains at 502 hp and 346 lb-ft of torque. The engine can be mated to either a 6-speed manual or 7-speed dual-clutch transmission, with the latter able to rocket the standard car from 0-60 mph in 3.2 seconds. Not bad for a naturally aspirated 6-cylinder.

Manthey is a German motorsports and engineering company with close ties to Porsche going back more than two decades. Based at the Nürburgring, the company also serves as Porsche's factory team on occasion, including in the World Endurance Championship.

The Manthey Performance Kit for the 911 GT3 will be available in Europe from the fall, priced at 37,911 euros (approximately $40,420). Porsche is still considering whether to offer it in the U.S.