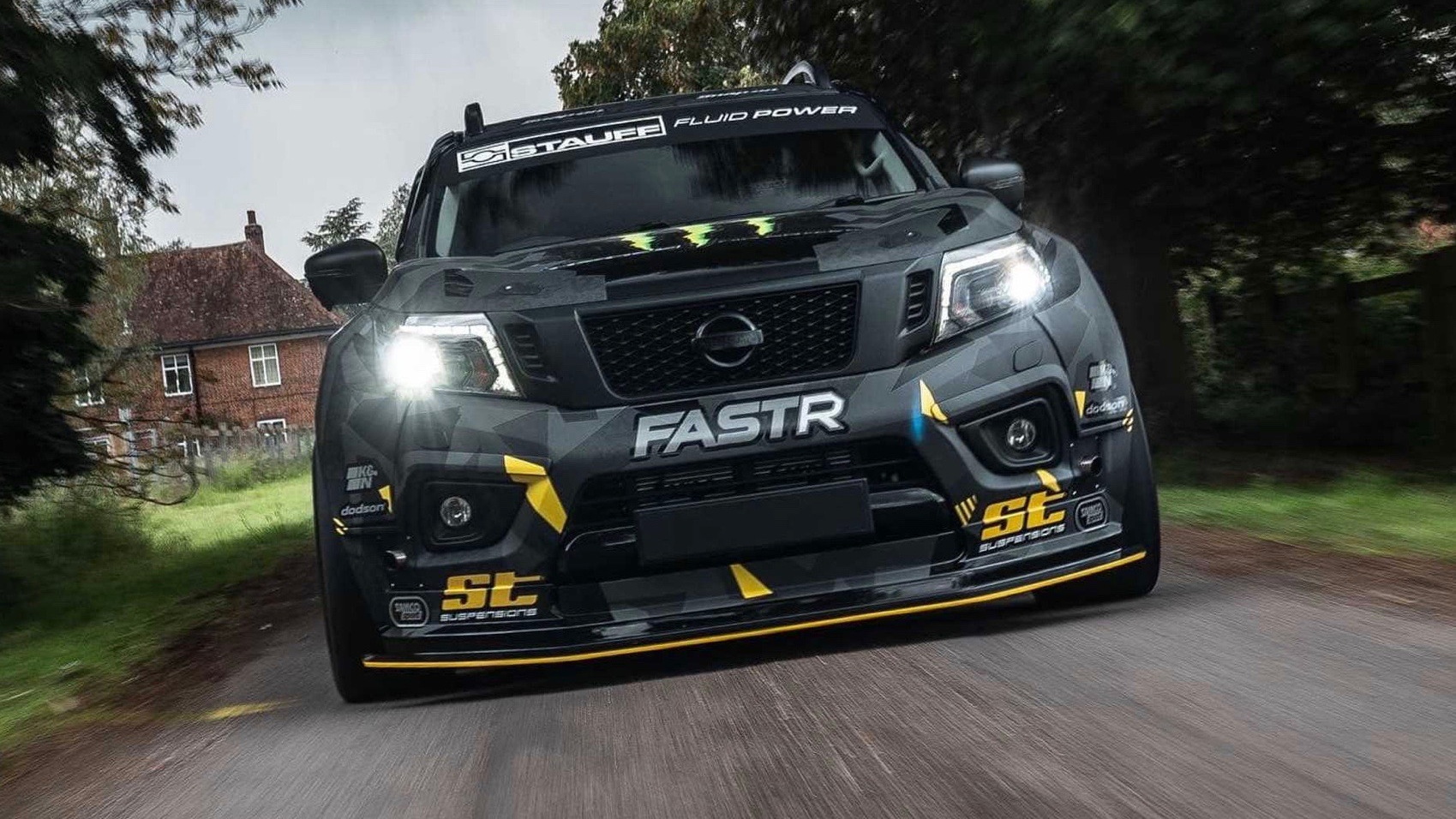 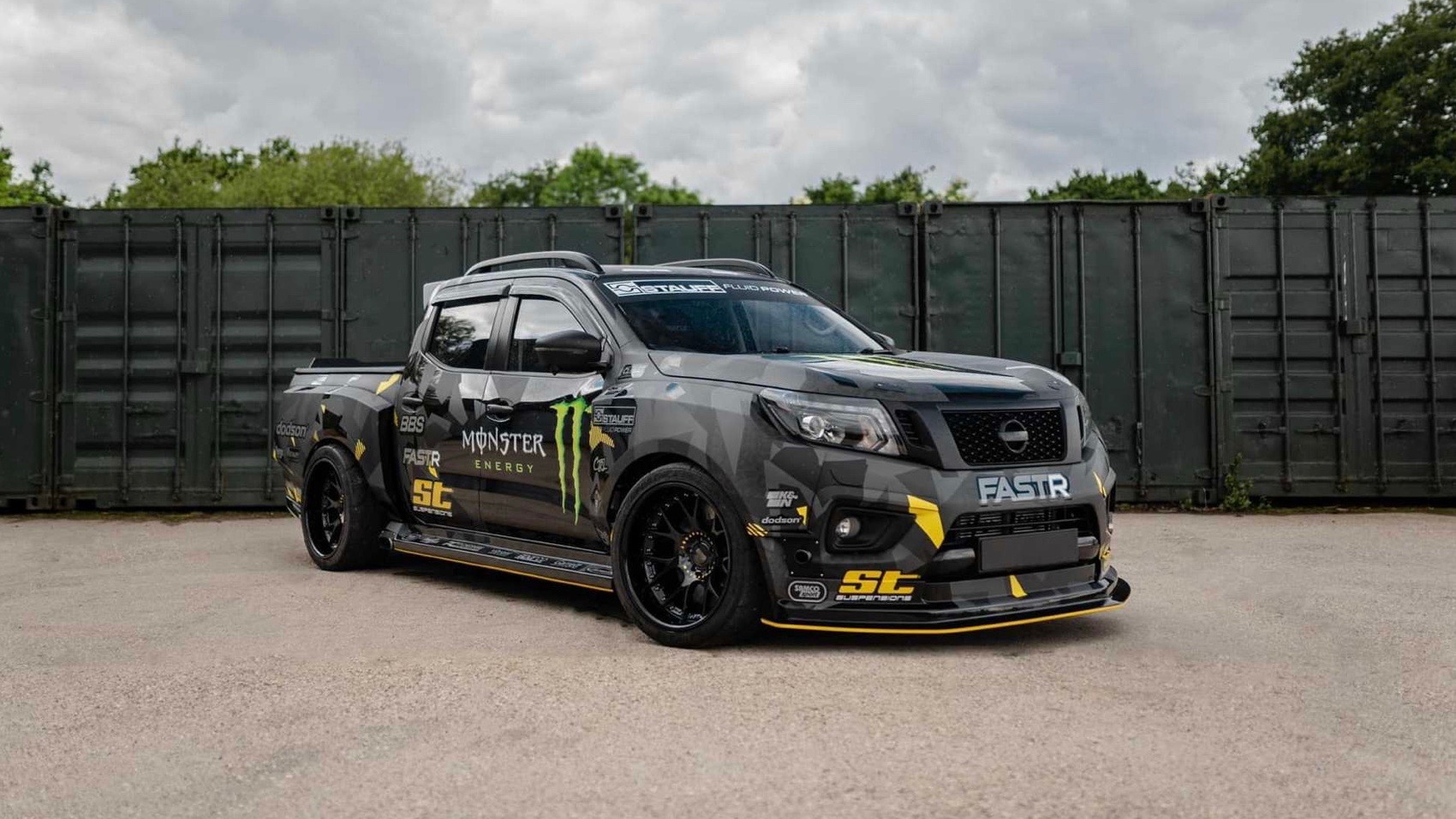 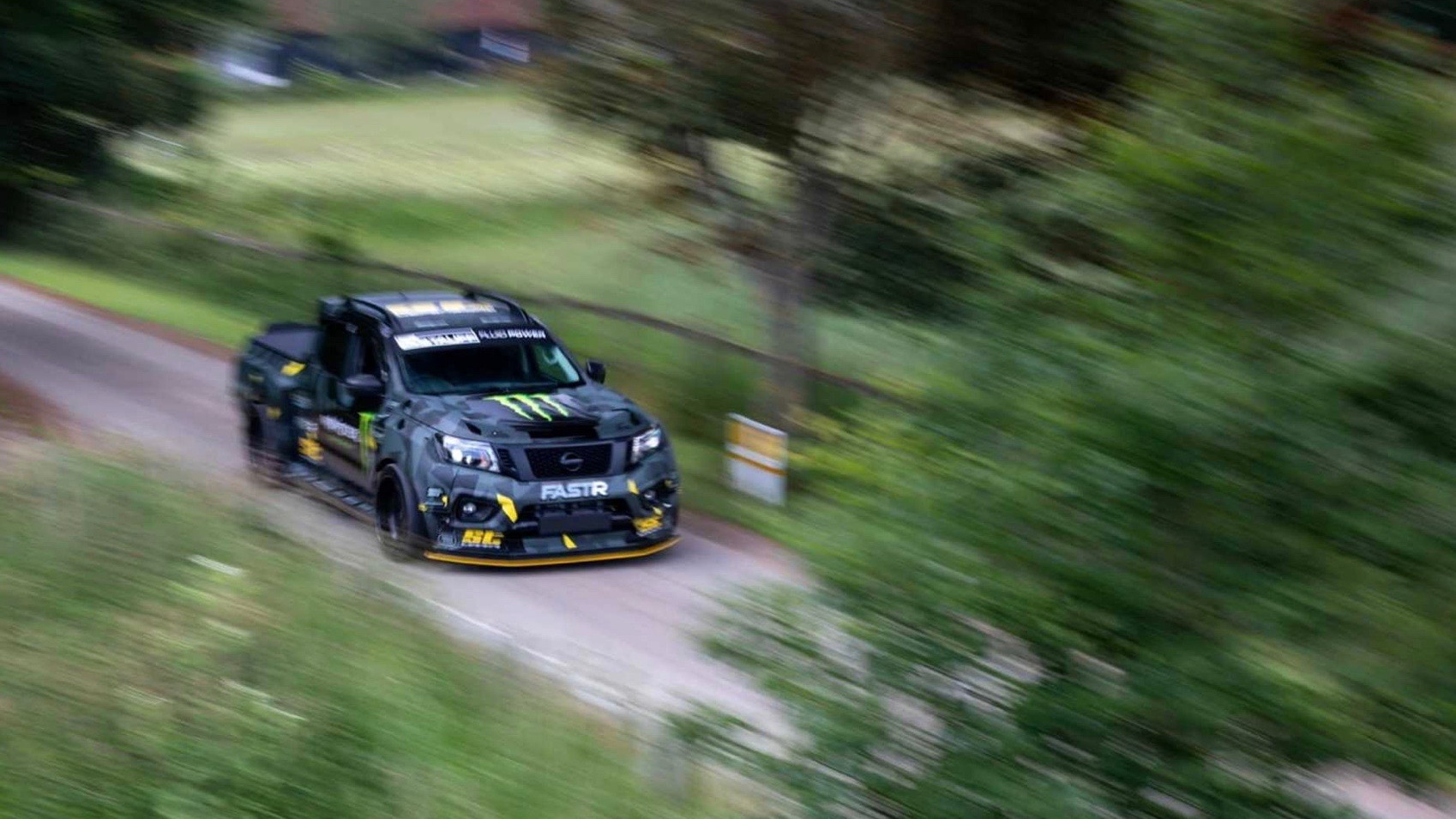 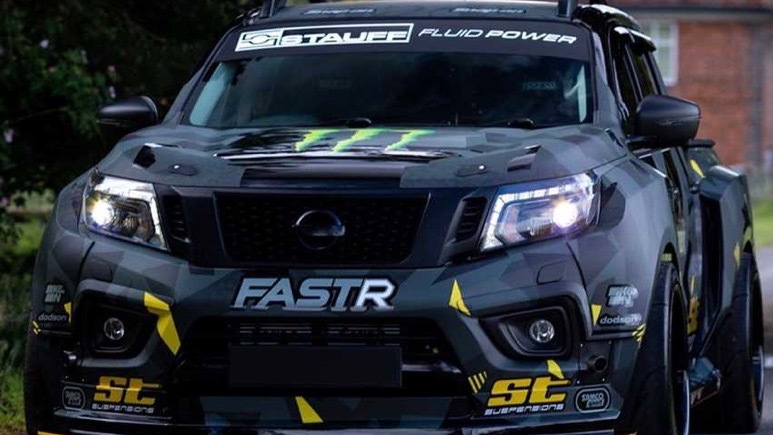 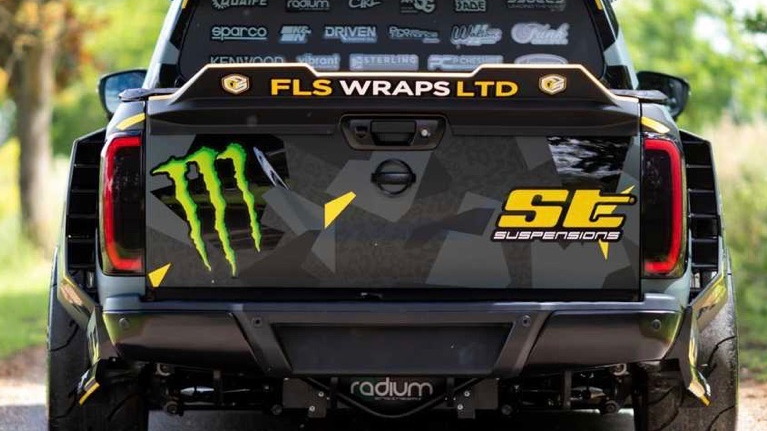 U.K.-based drifter Steve "Baggsy" Biagioni has unleashed a Nissan Navara pickup truck with the heart of a GT-R.

First spotted by Motor1, the pickup has been dubbed the Navara-R, and sports a GT-R-sourced twin-turbocharged V-6 with displacement increased from the stock 3.8 liters to 4.1 liters. Named VR41 to reflect its displacement, the engine produces a claimed 1,000 hp. That power is channeled to all four wheels through a custom dual-clutch transmission from New Zealand's Dodson Motorsport.

In addition to the GT-R engine, the Navara-R also features suspension based on GT-R subframes, with KW V4 Racing Coilovers and an HLS 4 hydraulic-lift system. The truck rides on 20-inch wheels encased in flared fenders, part of a complete body kit that also includes new front and rear bumpers and sill extensions.

Inside, the truck sports an aftermarket Kenwood head unit and a steering wheel and engine start button taken from a GT-R. Otherwise, the interior appears to be mostly stock. The Navara itself was Nissan's mid-size pickup for most markets outside the U.S. (we get the Frontier instead) until it was discontinued in 2021.

This isn't the first time a GT-R engine has been swapped into a high-riding vehicle. U.K. tuner Severn Valley Motorsport actually built two GT-R-powered Nissan Qashqai crossovers (the previous-generation Qashqai is sold in the U.S. as the Nissan Rogue Sport). The second version boasted a claimed 2,000 hp and reached a top speed of 237.8 mph in 2018.

Nissan has also jumped in on the fun itself. The automaker unveiled the Juke-R as a concept in 2011, and built a handful of production versions. The production Juke-R boasted 545 hp (in line with the GT-R's output at the time), all-wheel drive, and a 160-mph top speed. Just five were built, with prices well into six-figure territory.