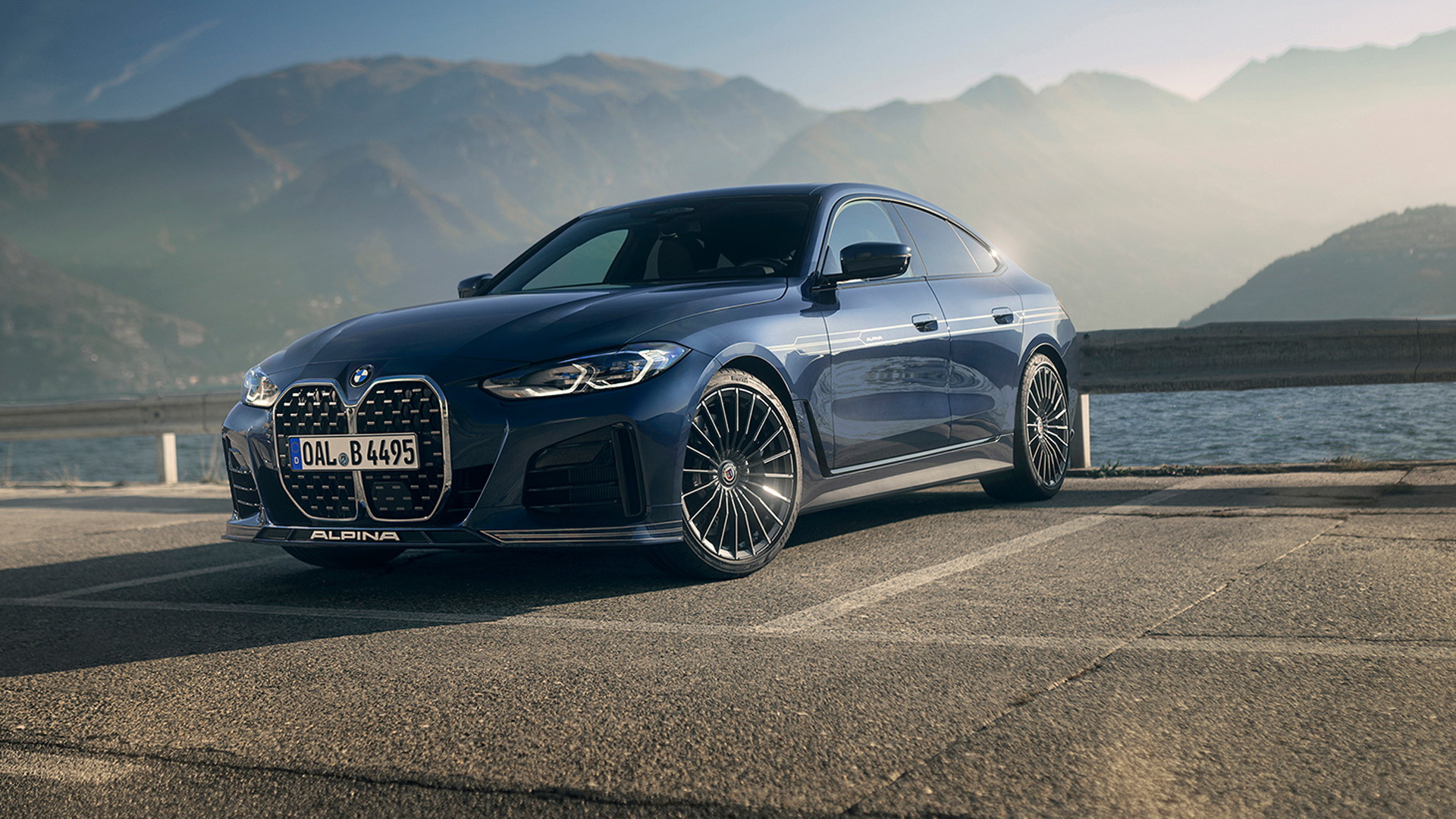 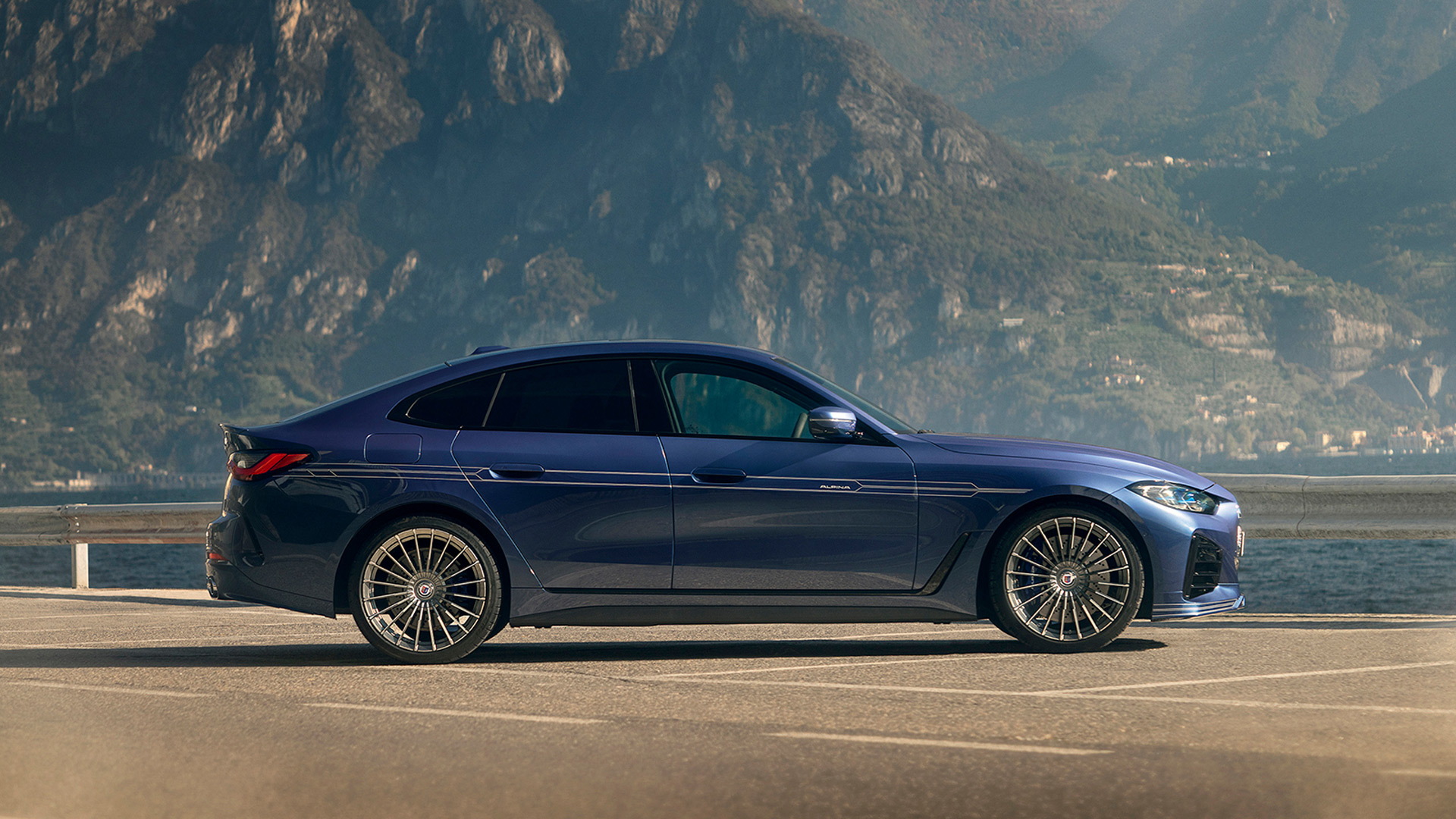 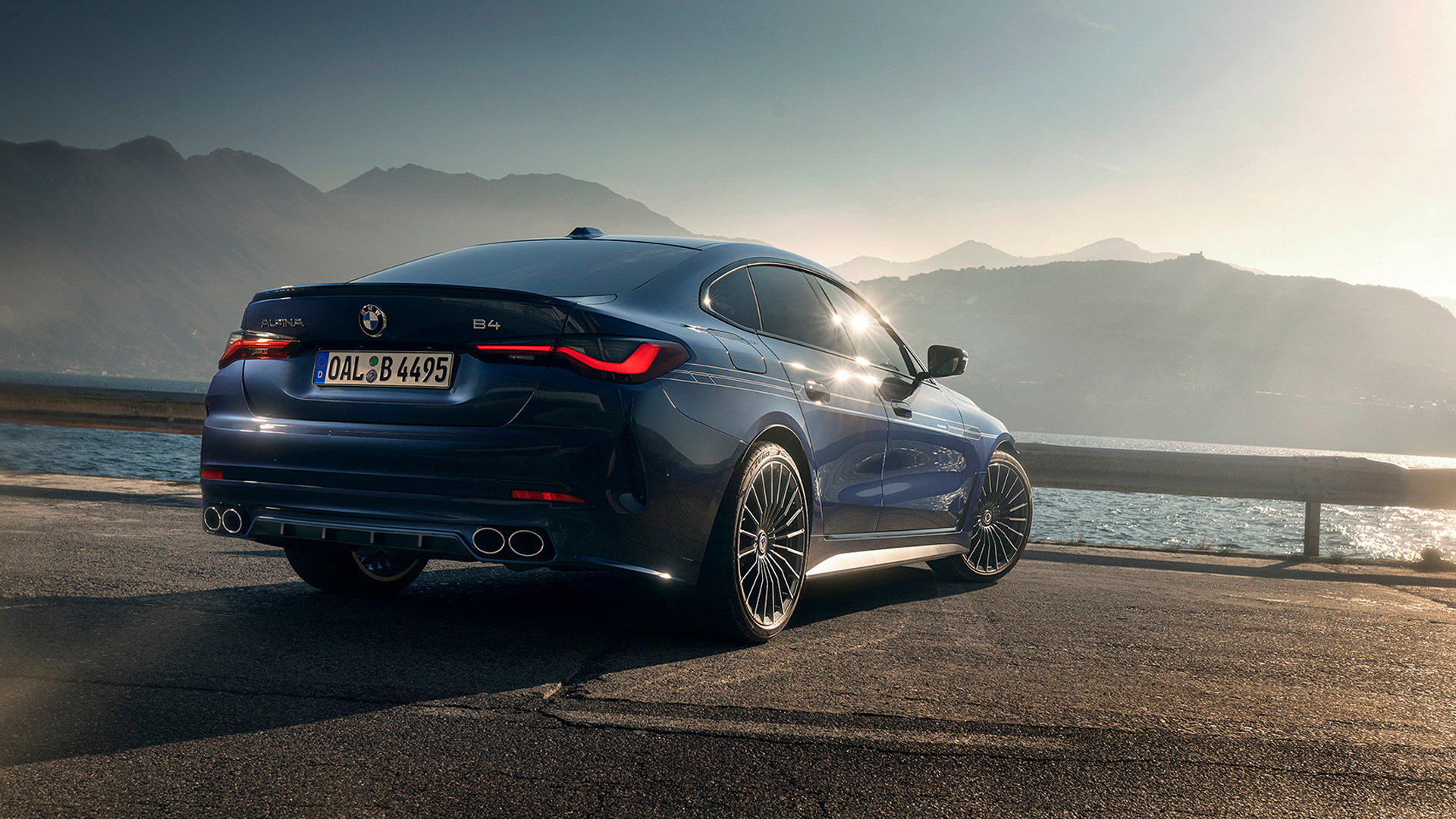 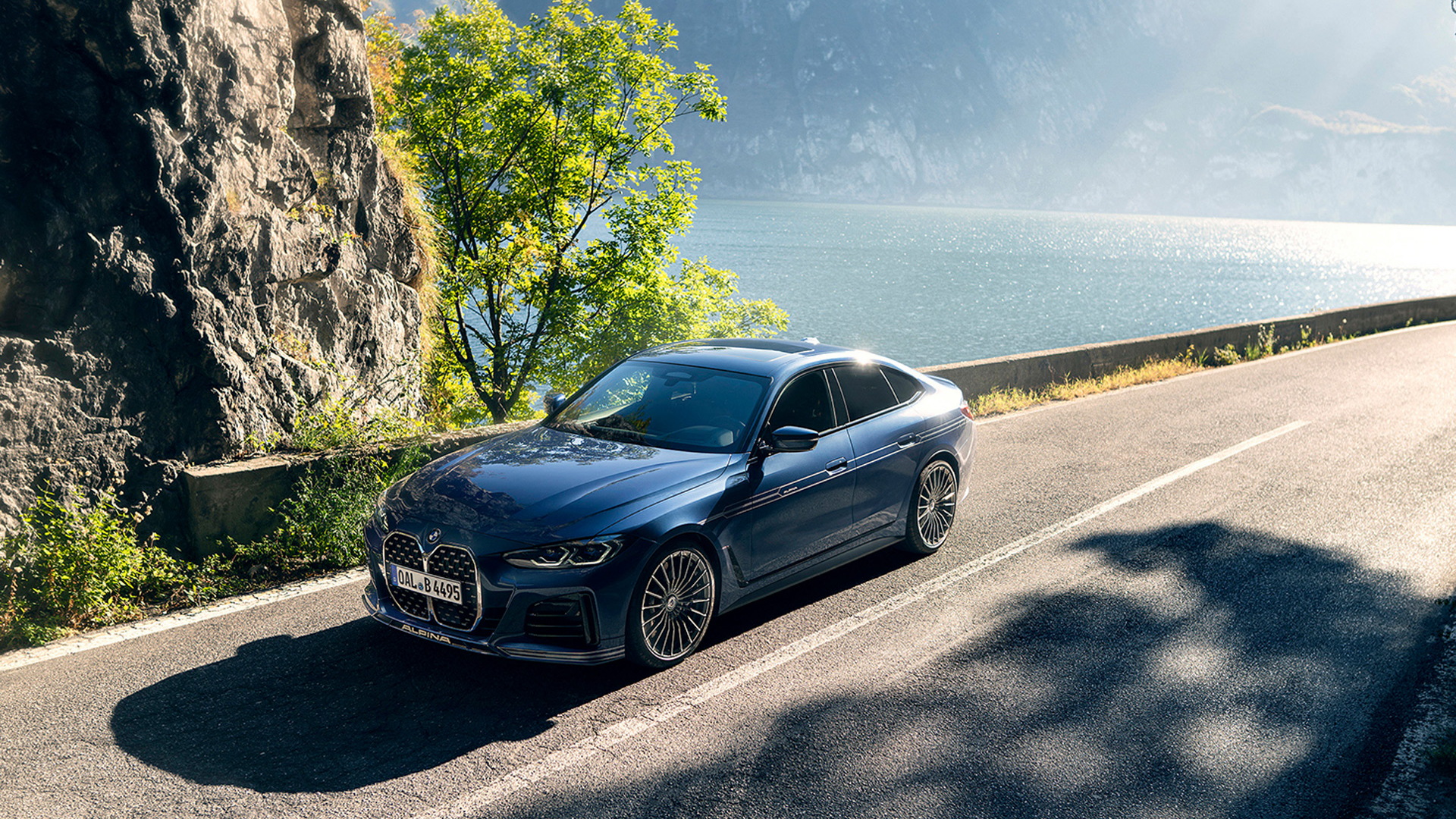 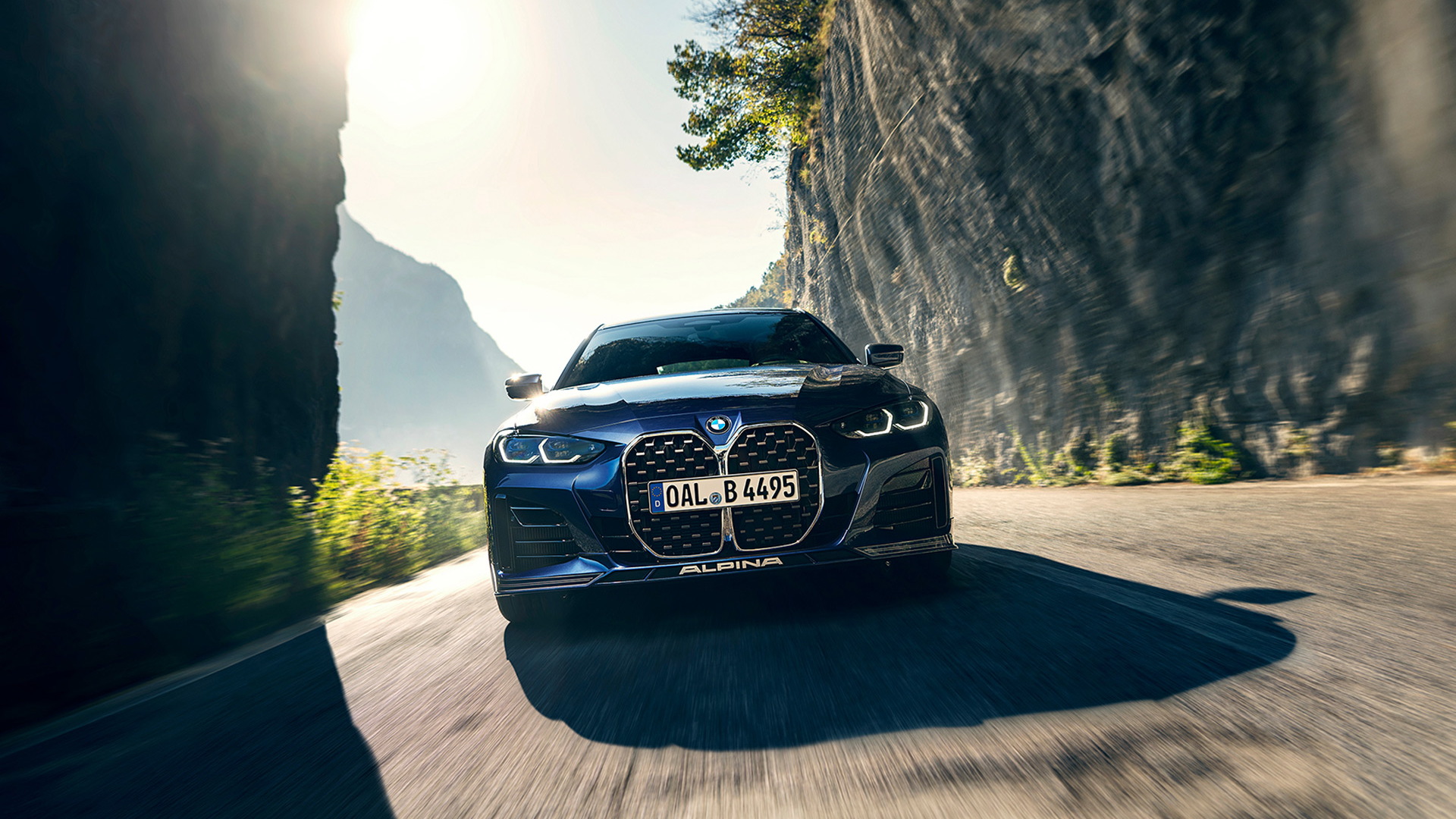 Alpina on Wednesday revealed a new generation of its B4 based on the latest BMW 4-Series.

The 4-Series Gran Coupe was revealed last summer and the first examples are only just rolling into dealerships across the country. The Alpina version goes on sale later this year, though it's unlikely to be offered in the U.S. Alpina tends to limit its U.S. range to high-end models, like the B7 (7-Series), XB7 (X7), and B8 Gran Coupe (8-Series Gran Coupe).

The B4 Gran Coupe is powered by a 3.0-liter twin-turbocharged inline-6 mated to an 8-speed automatic and all-wheel-drive system. Peak output registers at 488 hp and 438 lb-ft of torque, or enough for 0-62 mph acceleration in 3.7 seconds and a top speed of 187 mph. Those engine numbers should also feature in an updated version of Alpina's B3 based on the 3-Series, which is also due for a reveal soon.

Alpina also modifies the chassis of the donor 4-Series Gran Coupe. Mods include increased negative camber at the front axle in combination with specially developed anti-roll bars to sharpen the handling. Alpina also adds new springs and new tuning for the adjustable dampers.

The brake package has also been upgraded, with 15.6-inch rotors found at the front axle and 13.6 inches at the rear. Carbon-ceramic rotors are available. The brakes reside within Alpina's own 20-inch wheels, which come wrapped in Pirelli P Zero tires specially designed for the vehicle.

Inside, the B4 Gran Coupe features as standard many of the donor 4-Series Gran Coupe's top-shelf elements, including the latest driver-assist features. Alpina adds a number of its logos around the cabin, as well as an individually numbered build plaque on the center console.

The reveal of the B4 Gran Coupe comes just weeks after BMW Group announced it has acquired the Alpina brand name. Starting from 2025, Alpina vehicles will be built by BMW at its own plants. Alpina's own operations will focus on vehicle development, as well as servicing, plus parts and accessories.