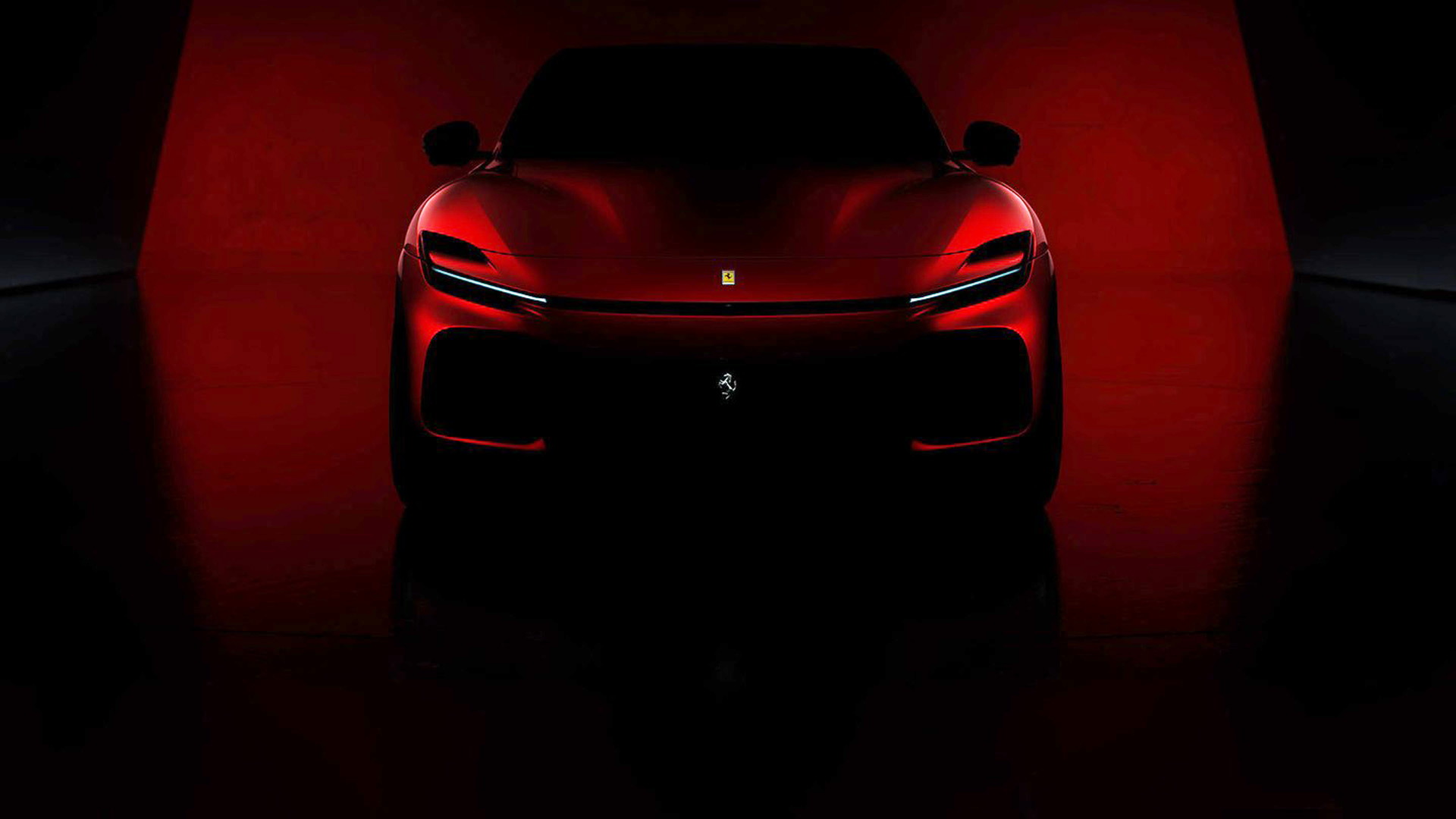 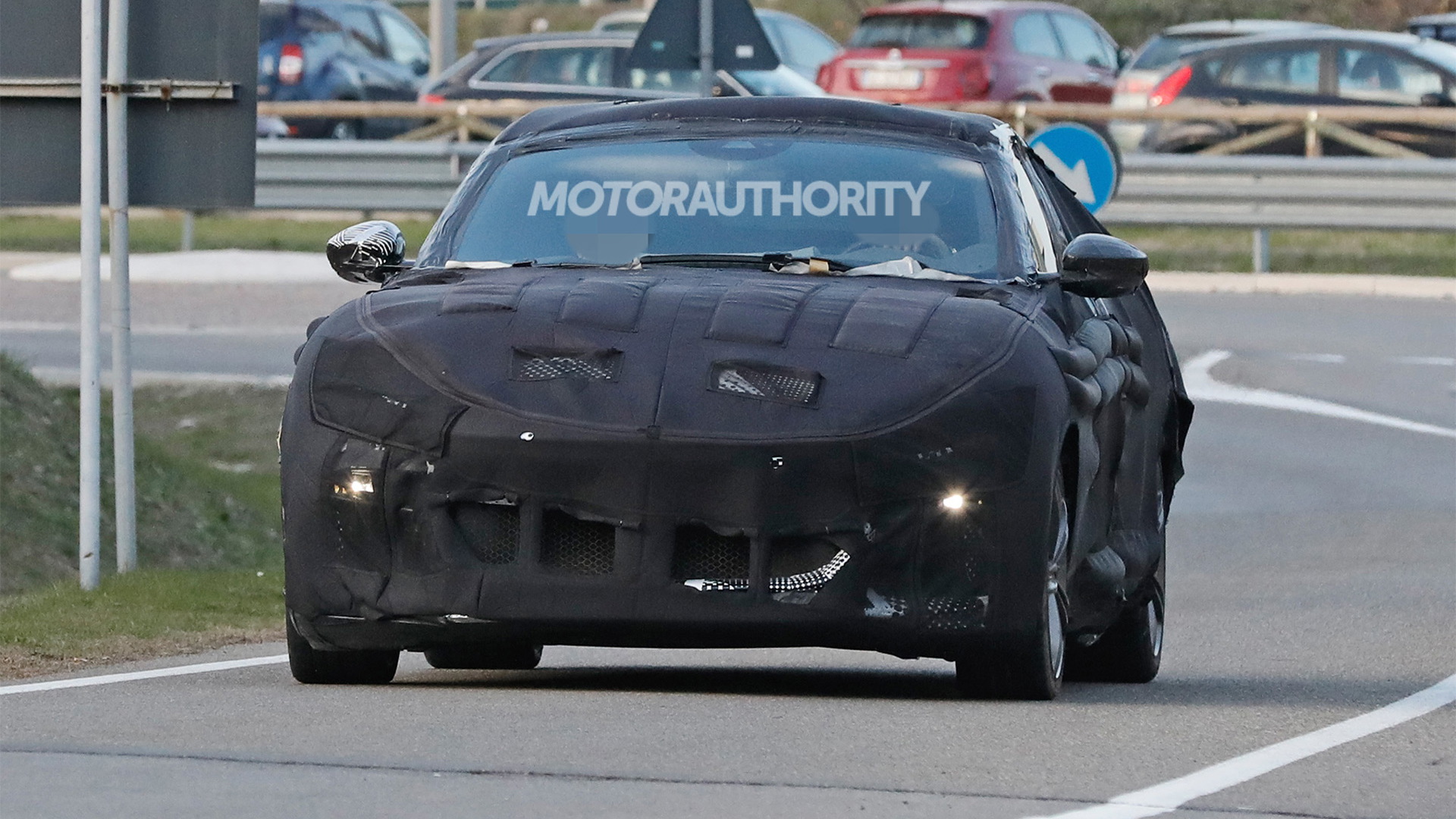 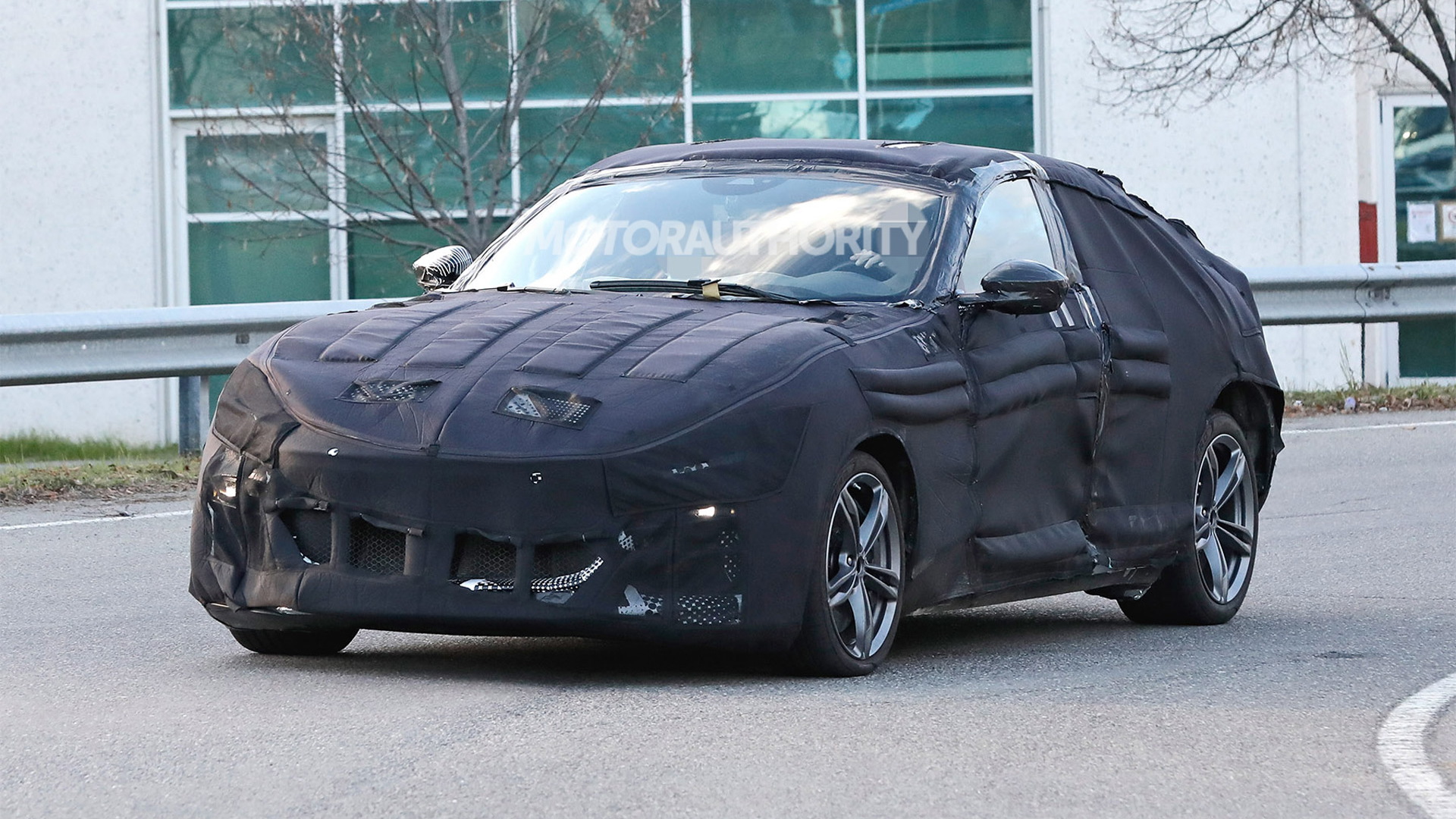 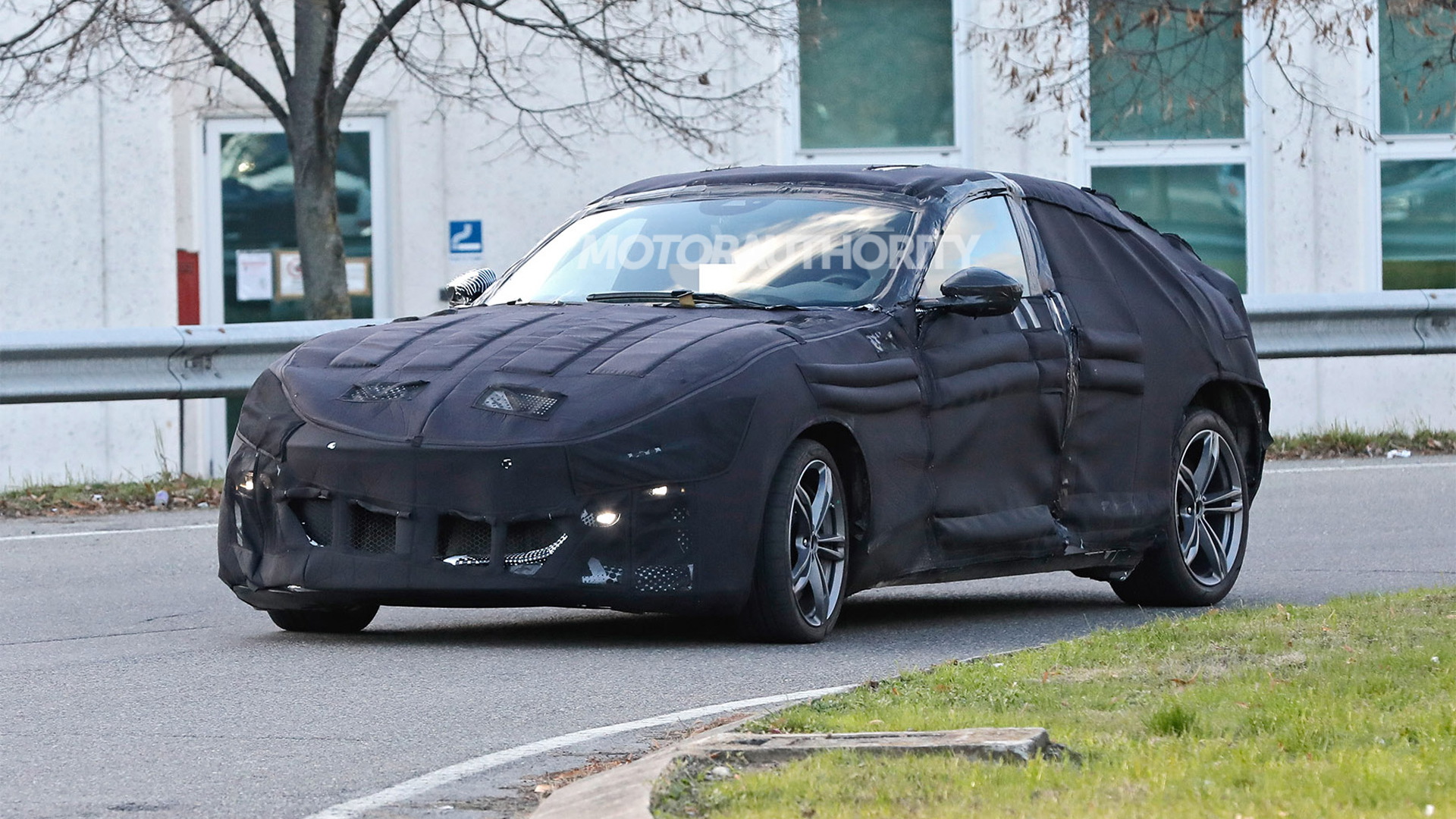 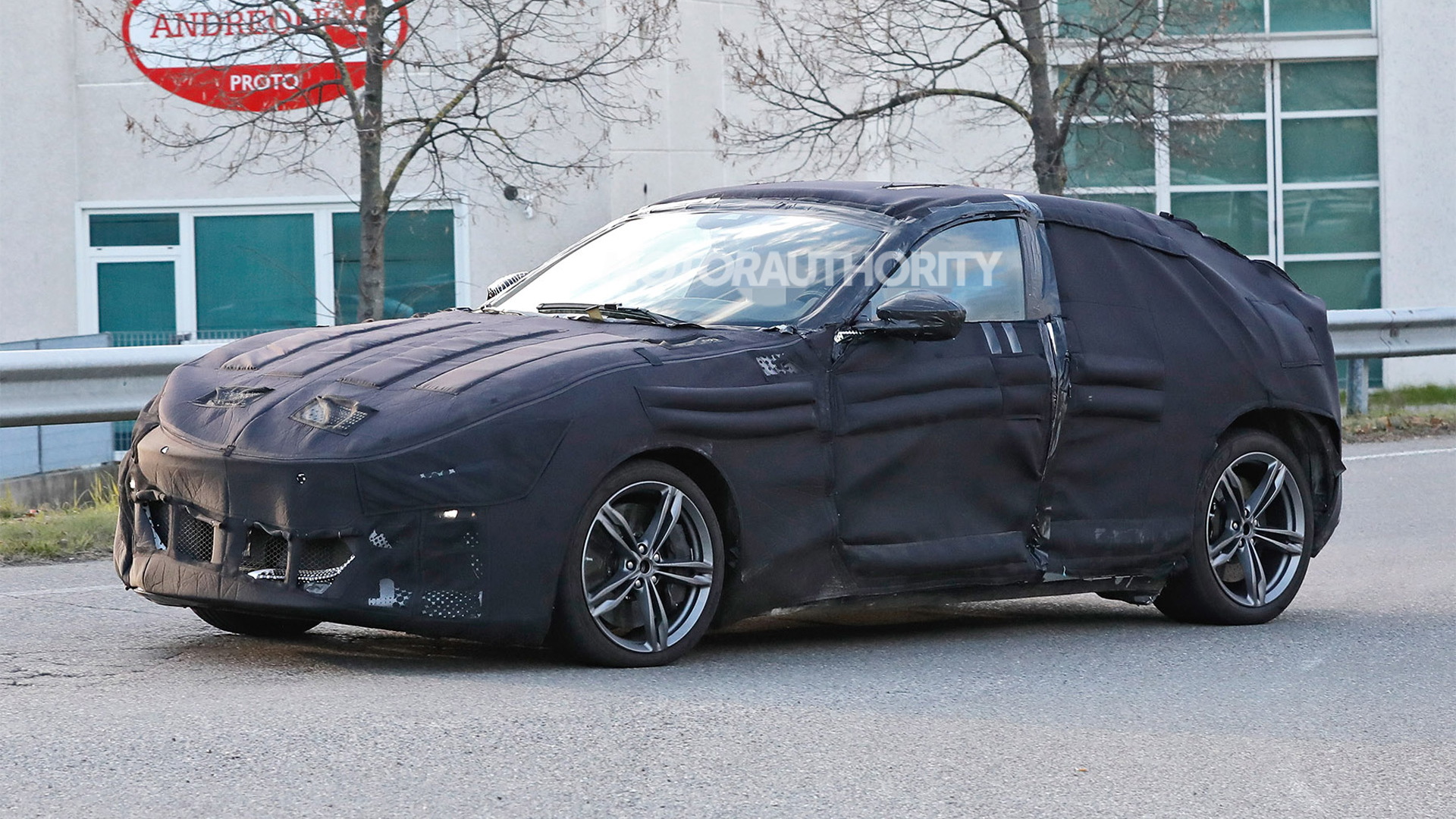 Ferrari has made little secret of its plan to enter the SUV segment, and the automaker confirmed on Monday that its entry, a crossover that will go by the name Purosangue, Italian for “thoroughbred,” will debut in production form on Sept. 13. The confirmation was made via a teaser that depicts the crossover's headlights and gives us a taste of the engine note.

From our spy shots of prototypes, we know the Purosangue will be more of a sporty crossover than a rugged SUV, which is to be expected of a vehicle wearing the prancing horse badge. In fact, it more closely resembles a taller version of the GTC4 Lusso hatchback, the model the Purosangue directly replaces, than a true SUV, although there will still be some underbody protection for anyone keen to leave the pavement.

Underpinning the Purosangue is a new front mid-engine platform Ferrari has developed for grand touring models, like replacements for the Portofino, Roma, and 812 Superfast. The platform complements the new mid-engine architecture that debuted in the SF90 Stradale and has since appeared under the 296 GTB.

You heard it here first.
More will be revealed on the 13th of September.#FerrariPurosangue #Ferrari pic.twitter.com/xQOTpdJBiM

Ferrari has been quiet on specs, but a V-12 engine is expected at launch, which should help alleviate any doubts that the Purosangue is just another a grocery getter. Ferrari said in May that it has a new V-12 engine set to debut in its next model launch.

An electrified option using Ferrari's V-8 or possibly even its new V-6 is expected at some point as well. Interestingly, there are rumors Ferrari's first electric vehicle due around 2025 will also be a crossover, perhaps a variant of the Purosangue.

Look for deliveries of the Purosangue to start later this year or early next. Rivals will include the Aston Martin DBX, Lamborghini Urus, high-end versions of Porsche's Cayenne Coupe, and potentially the Lotus Eletre, although the Lotus is an EV.