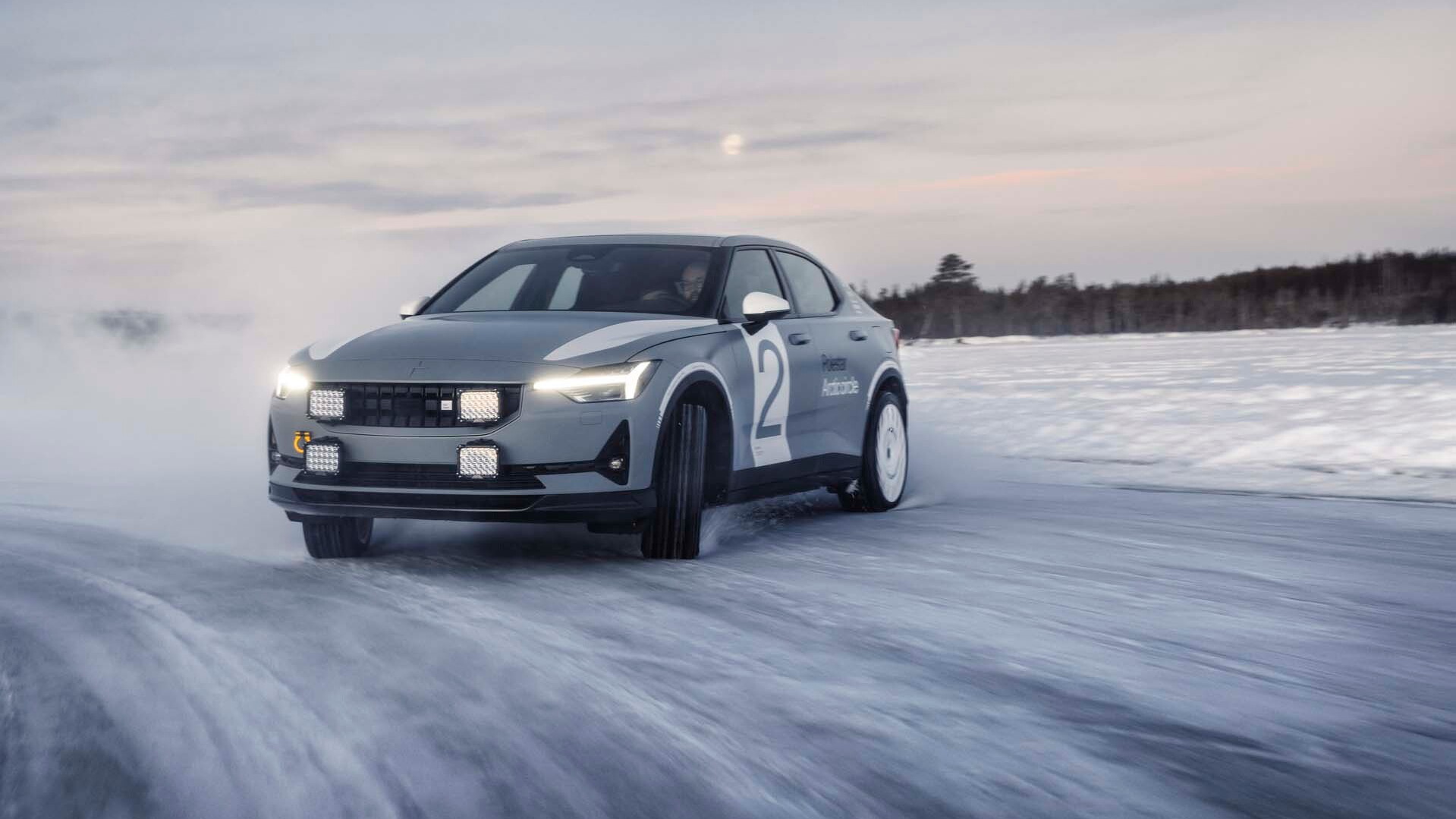 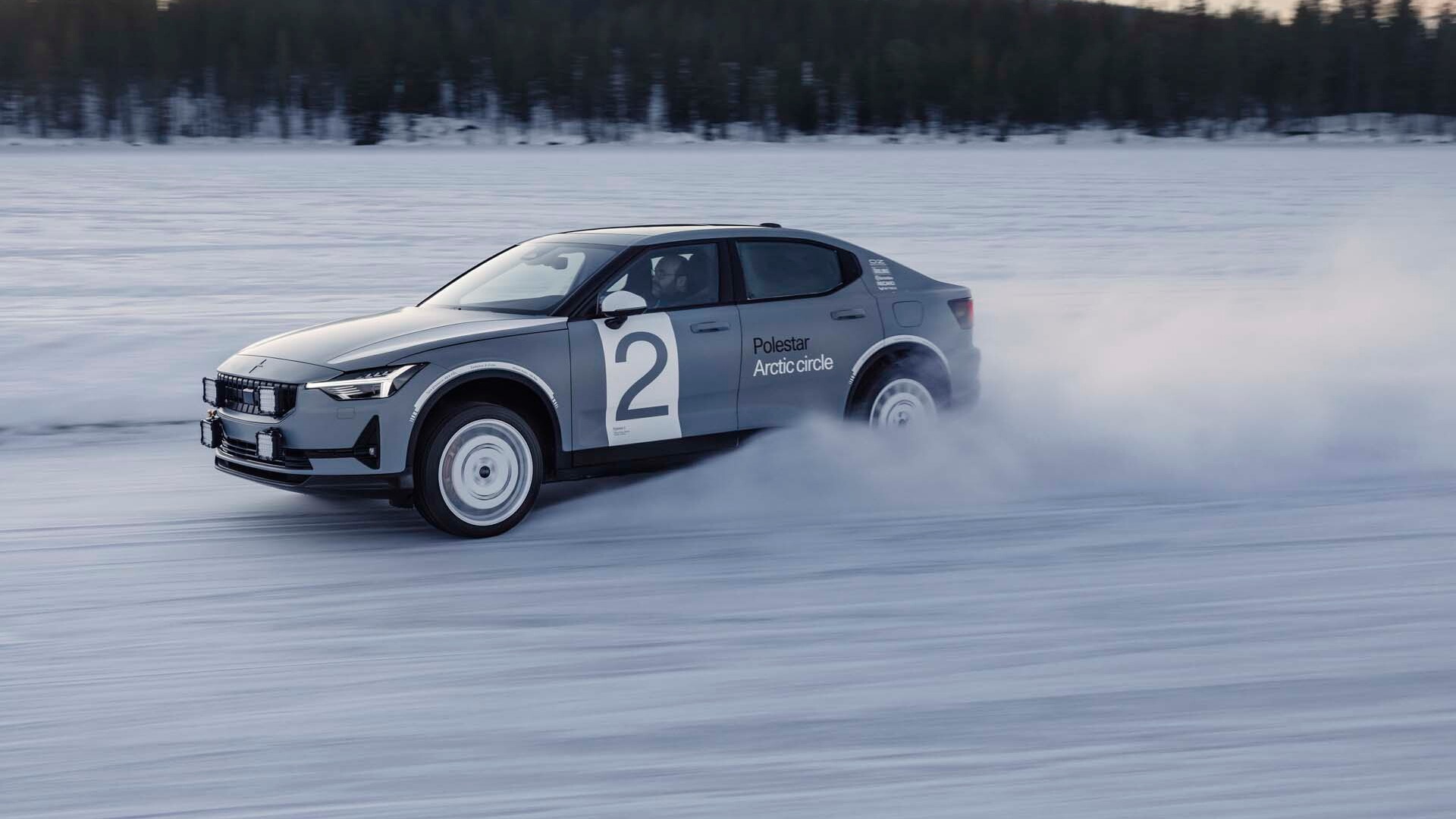 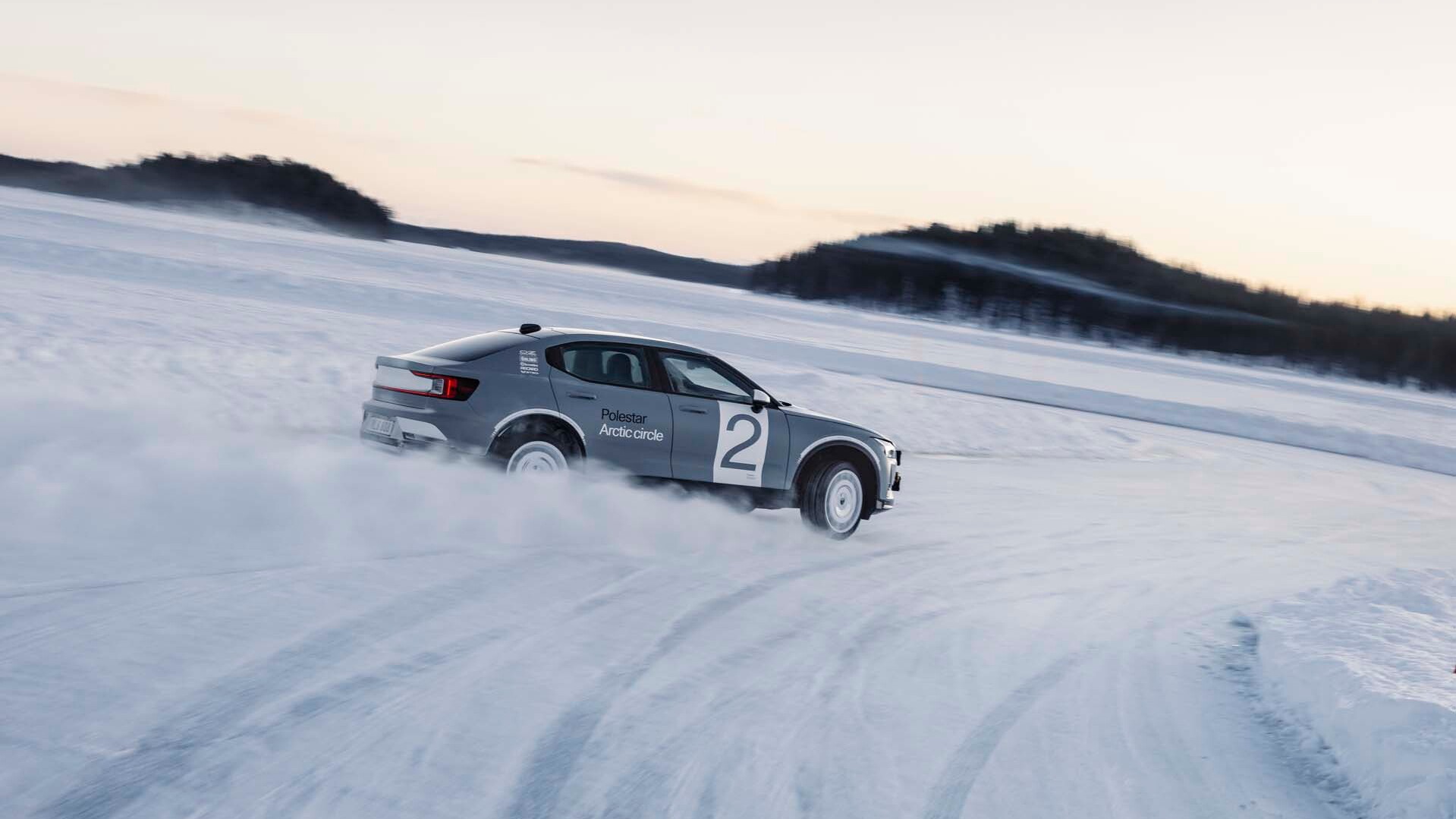 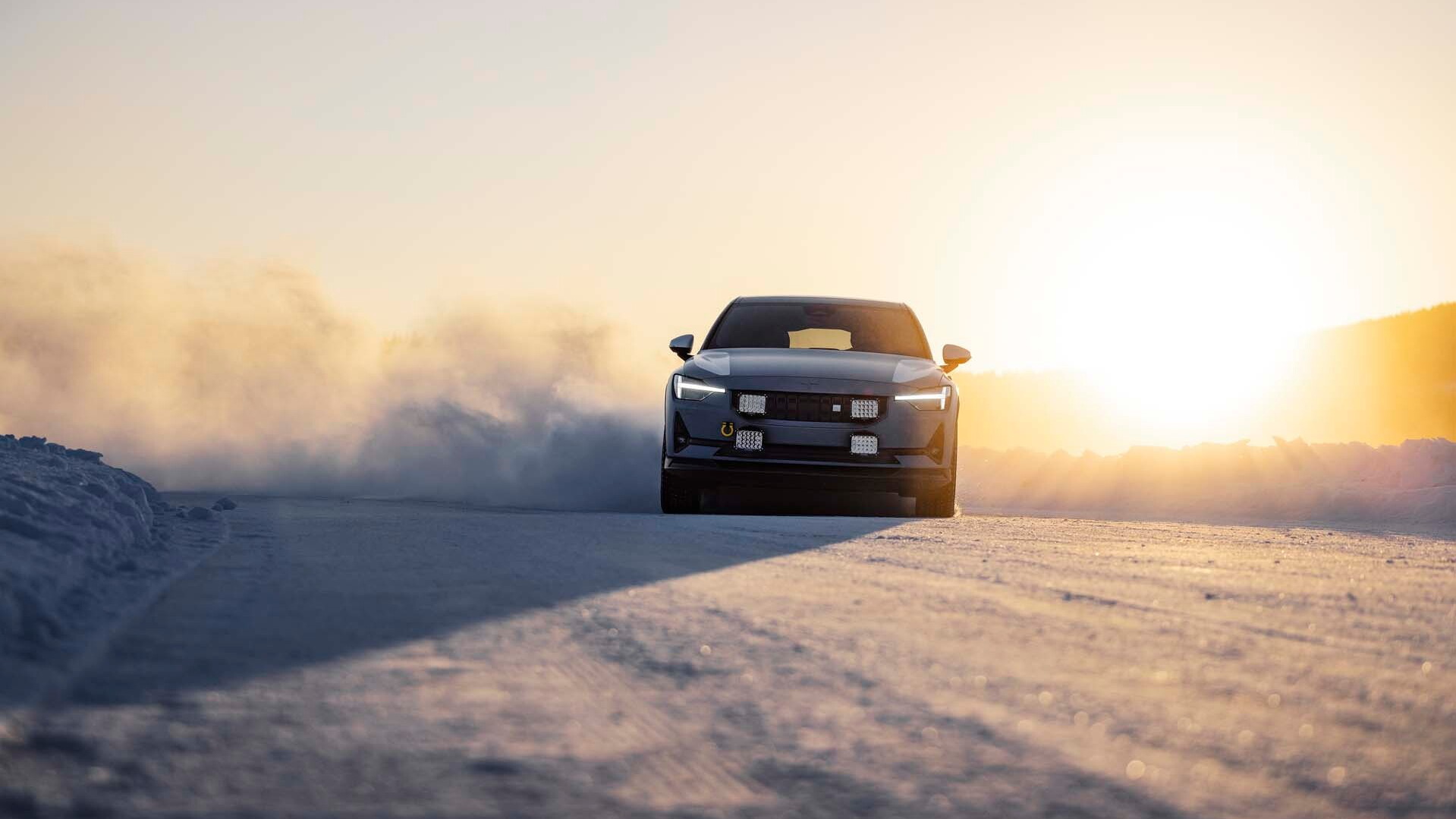 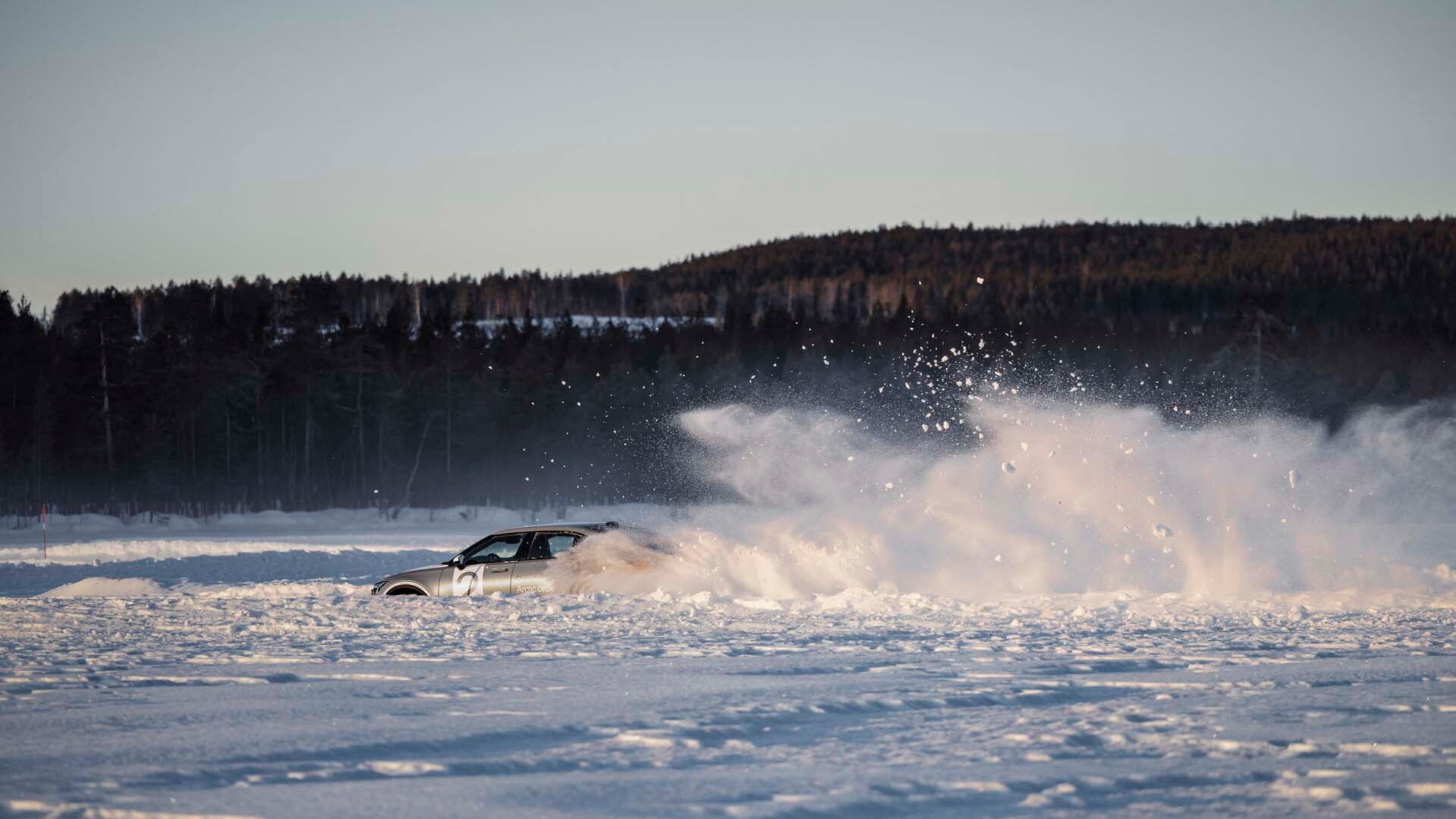 Polestar recently let its engineers have some fun by tasking them with developing a Polestar 2 perfectly suited to the harsh wintry conditions of Sweden, where the company is based.

The result is the Polestar 2 Arctic Circle, a one-off concept whose upgrades were inspired by winter rally cars.

The concept is based on a Polestar 2 Long Range Dual Motor, which now offers up to 476 hp and 502 lb-ft thanks to a recently announced power upgrade. Key modifications included raising the ride height by 1.18 inches, adding 19-inch OZ Racing wheels with studded winter tires, and softening the suspension (dampers and springs). Strut braces were also added front and rear to increase torsional rigidity and as a result improve steering response.

There were also some accessories added to make life a bit easier in the snow. These included a carbon-fiber snow shovel, carbon-fiber front skid plate, and driving lights. The engineers also developed a launch control system, which the driver can activate via steering wheel-mounted paddles.

You might be wondering how this exercise helps with development of regular Polestar cars. According to the company's chief chassis engineer, Joakim Rydholm, a successful rally driver, tuning a car on a slippery surface like snow or ice helps to identify how a car behaves in a way that normal road or track driving can't.

“With such low levels of grip, we can feel and analyze the dynamics at a much slower pace than on tarmac, which means we can really fine-tune the way our cars behave, down to the smallest details,” he said.

Polestar has confirmed that there are no plans to put the Polestar 2 Arctic Circle into production, though that doesn't mean elements from the concept won't make it onto future models from the brand.