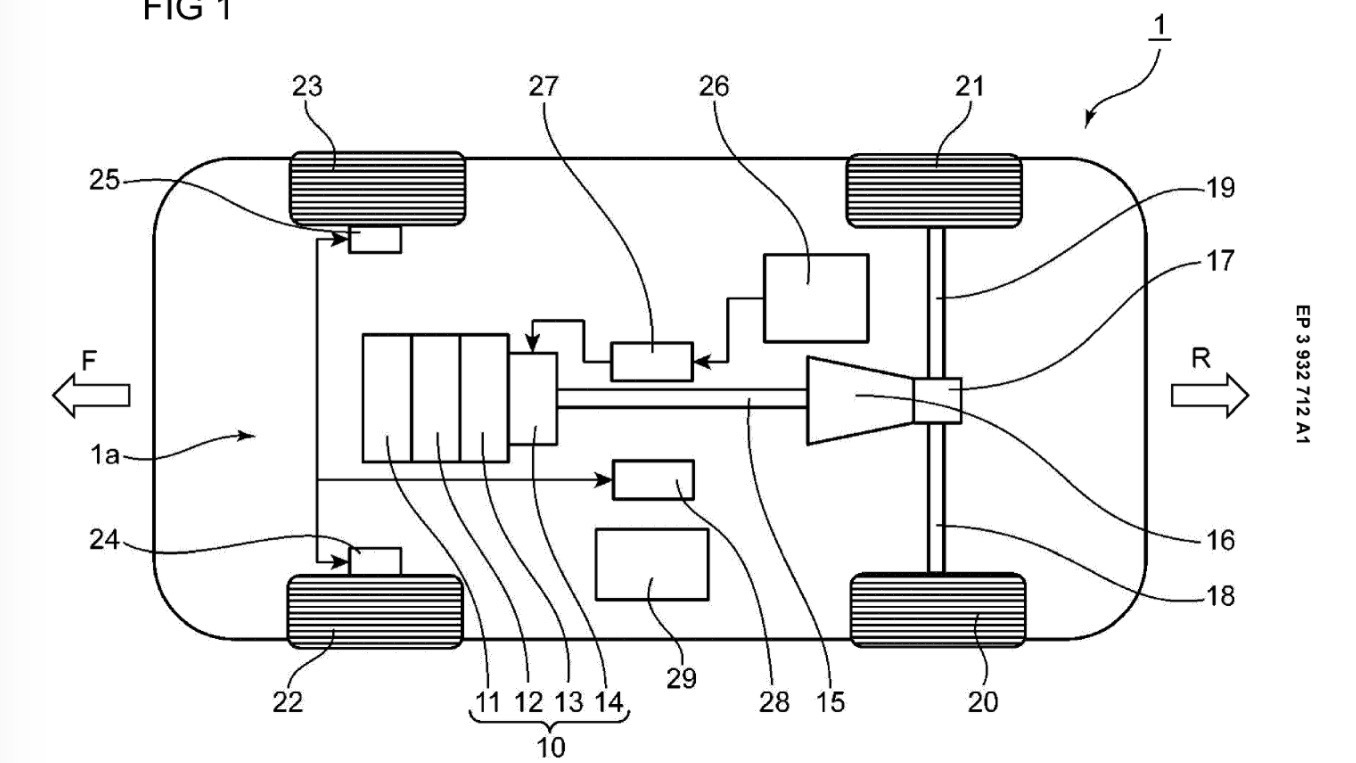 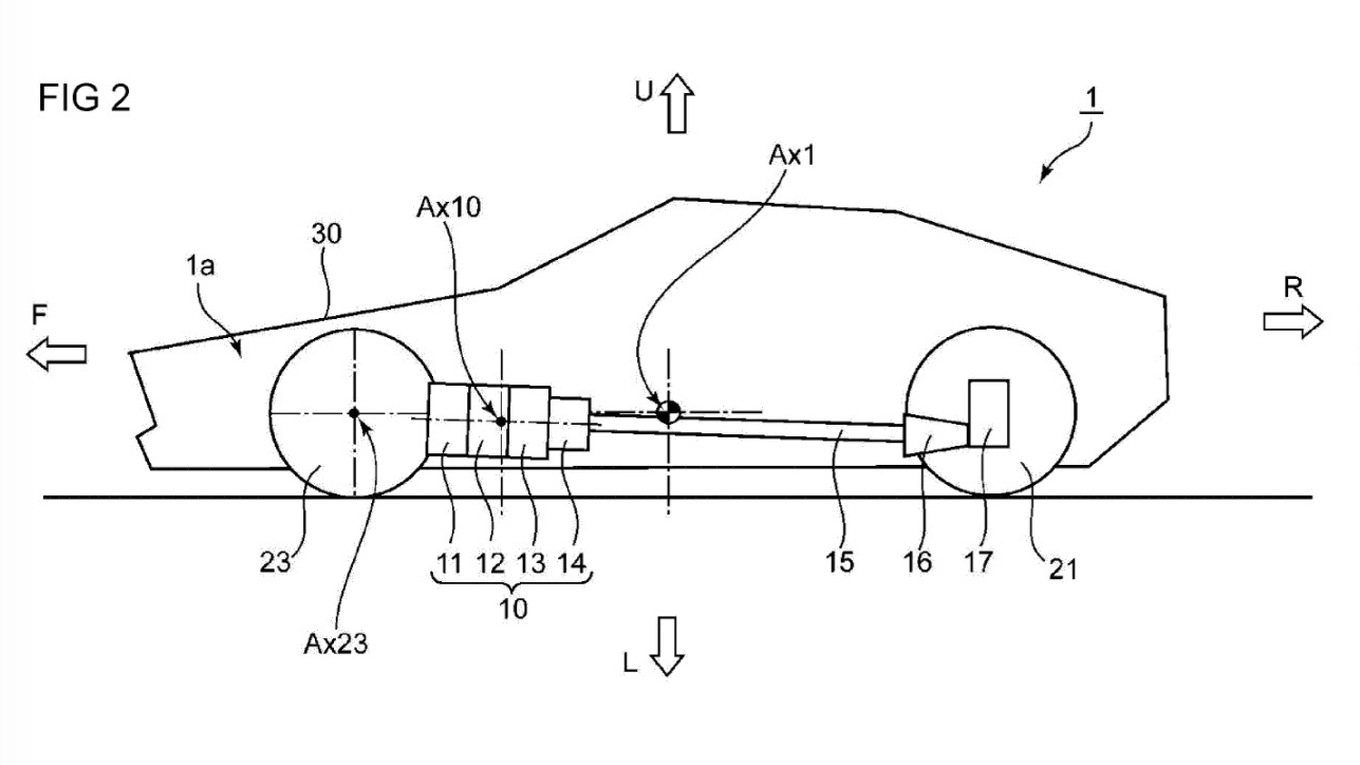 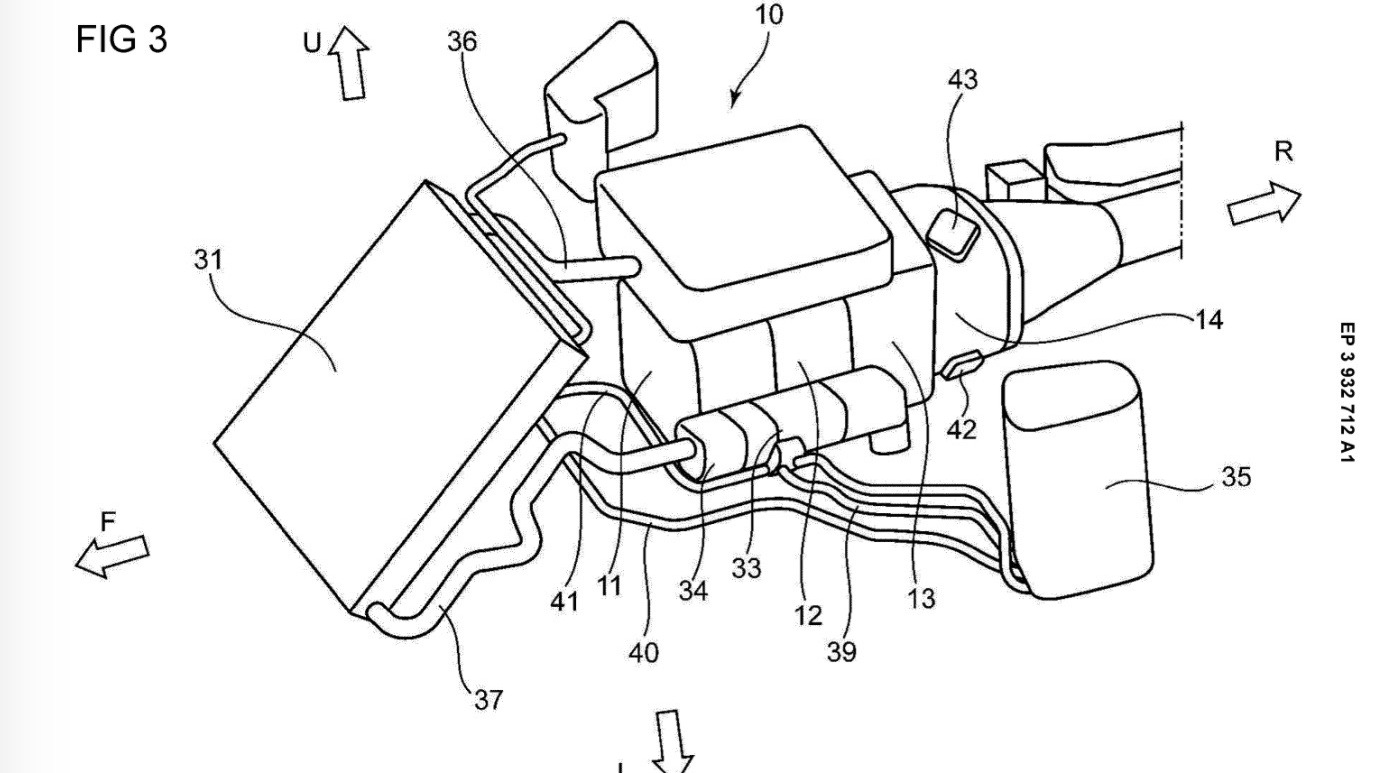 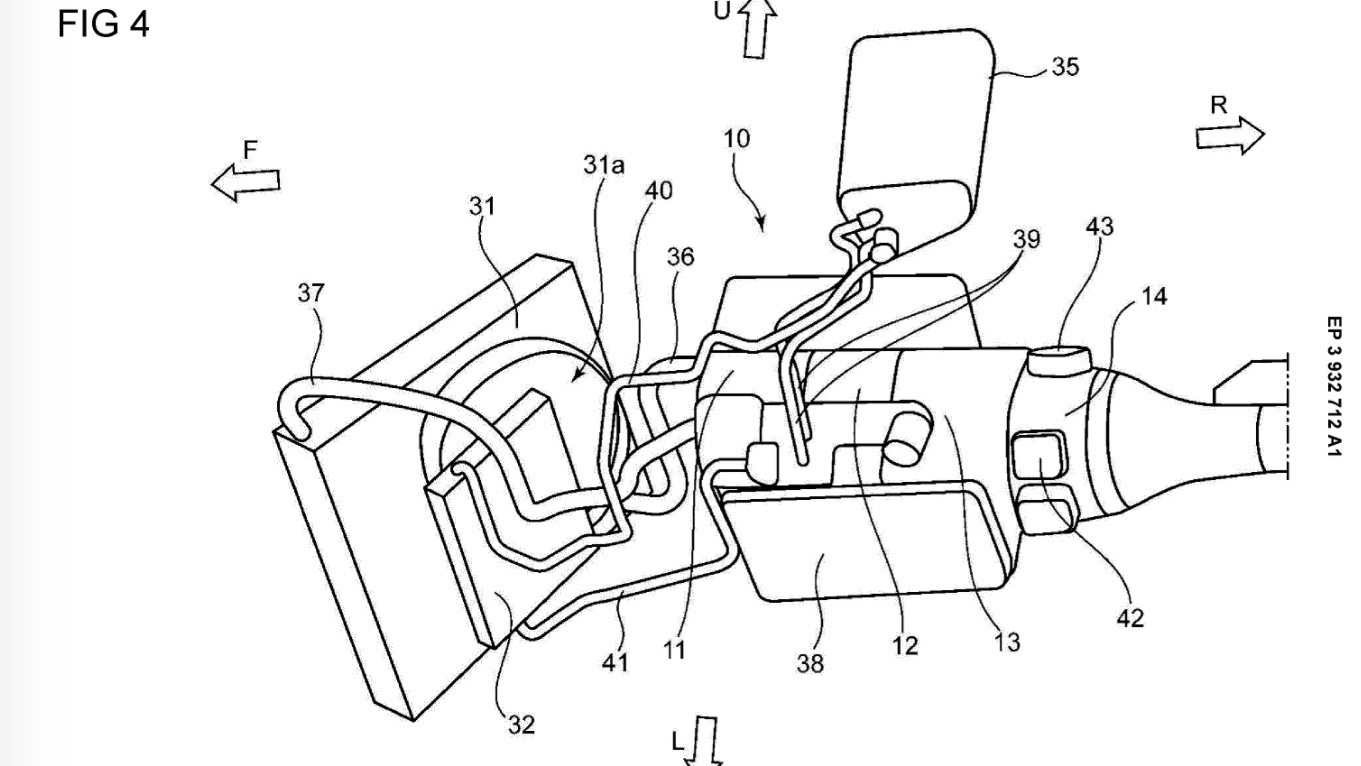 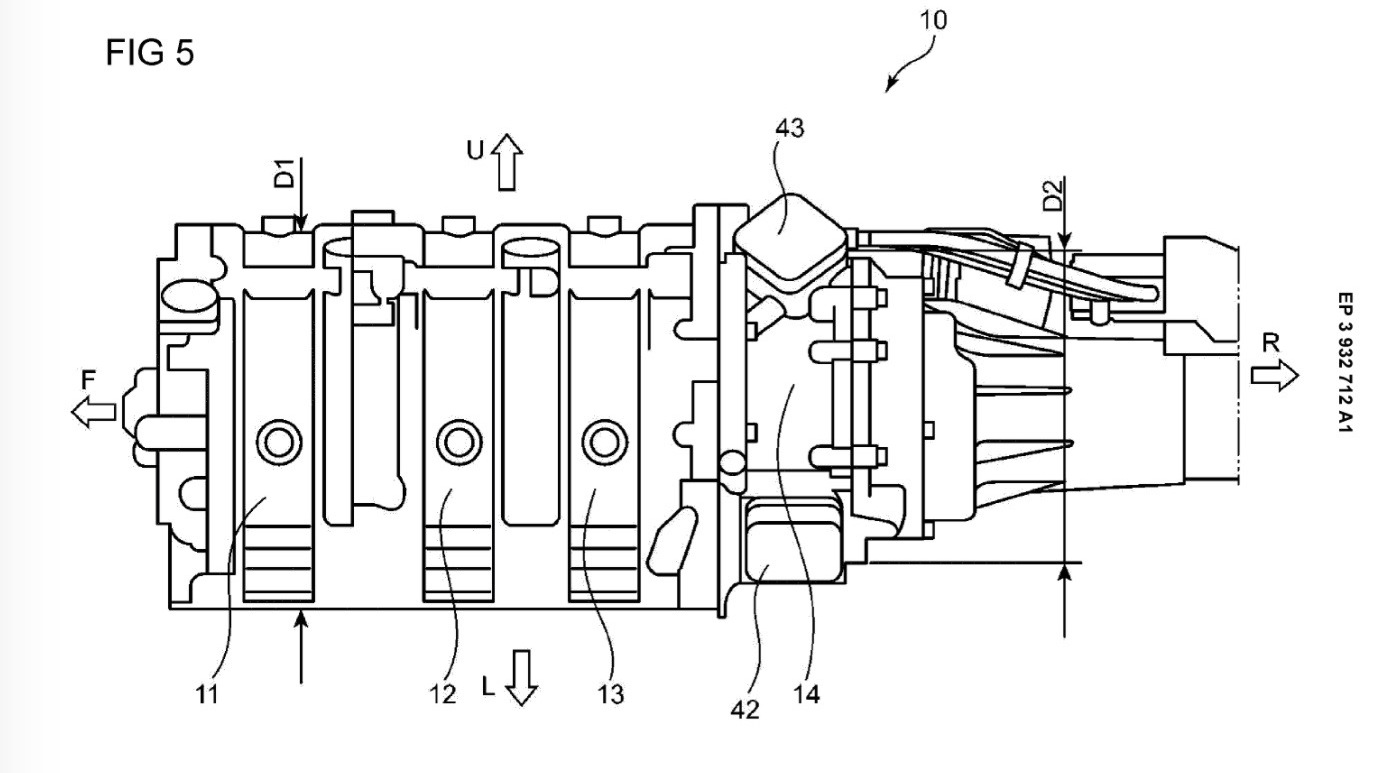 A recent European patent filing hints that Mazda might still be working on a rotary-engine revival, possibly as part of a hybrid powertrain for a rear-wheel-drive vehicle.

First spotted by Auto Evolution, the document describes a drive unit for hybrids designed to be located near the center of a car for optimal weight distribution, and incorporating a shared cooling system for both an electric motor and an internal-combustion engine.

The filing doesn't refer to just any internal-combustion engine, though. The document specifically mentions a rotary engine, saying that would be preferable because of the rotary's compact size, while noting that a piston engine could be substituted.

Mazda hybrid drive unit designed for use with rotary engine

Accompanying drawings show a rear-wheel-drive vehicle, with what appears to be a transaxle, as well as a version with electric motors powering the front-wheels. Working with the rotary engine, they would give this hypothetical vehicle all-wheel drive. The document specifies in-wheel motors for this application, something that companies like Lordstown Motors have experimented with but not successfully commercialized yet.

The document goes on to describe rear-engine/rear-wheel-drive and front-engine/front-wheel-drive versions as well, and even a mid-engine configuration. However, it's unclear if any Mazda rotary hybrids will make it to production.

Since the departure of the RX-8 after the 2011 model year, Mazda has teased a new rotary sports car multiple times. But none of those efforts have moved beyond the concept stage. The Mazda MX-30 electric crossover is expected to get a rotary range extender to make up for the standard version's paltry 100 miles of EPA-rated range, but it's unclear when that will arrive.