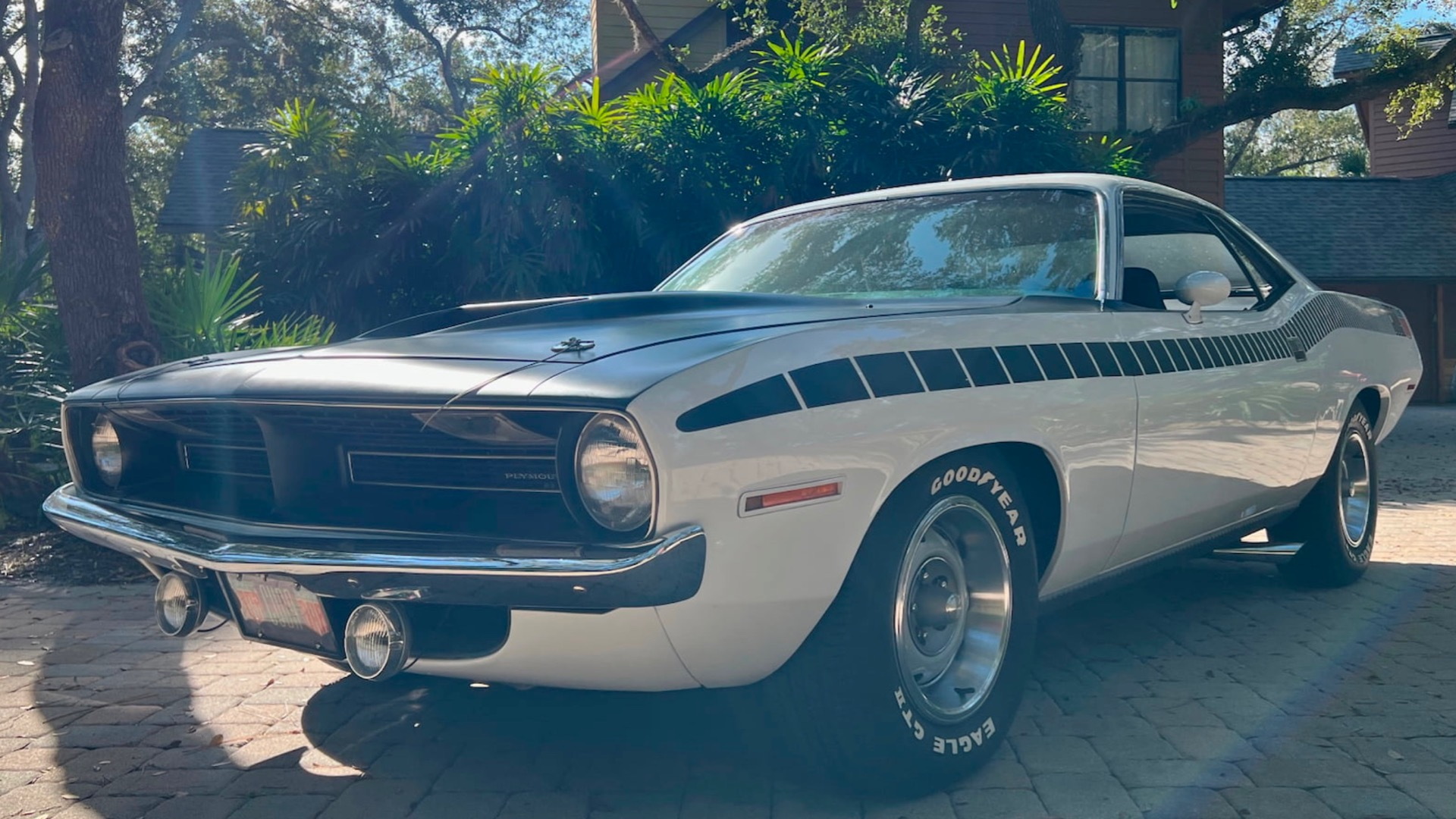 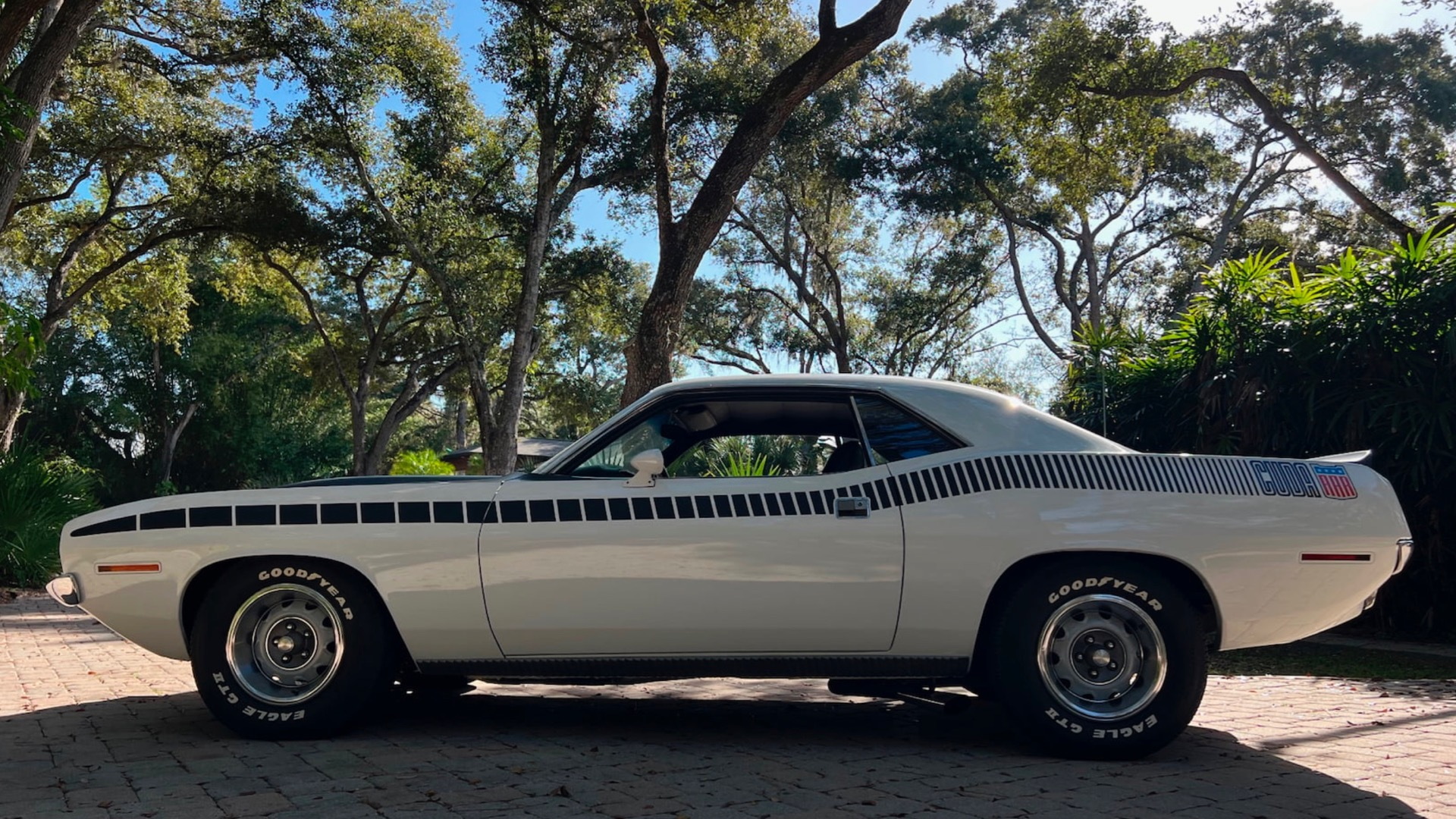 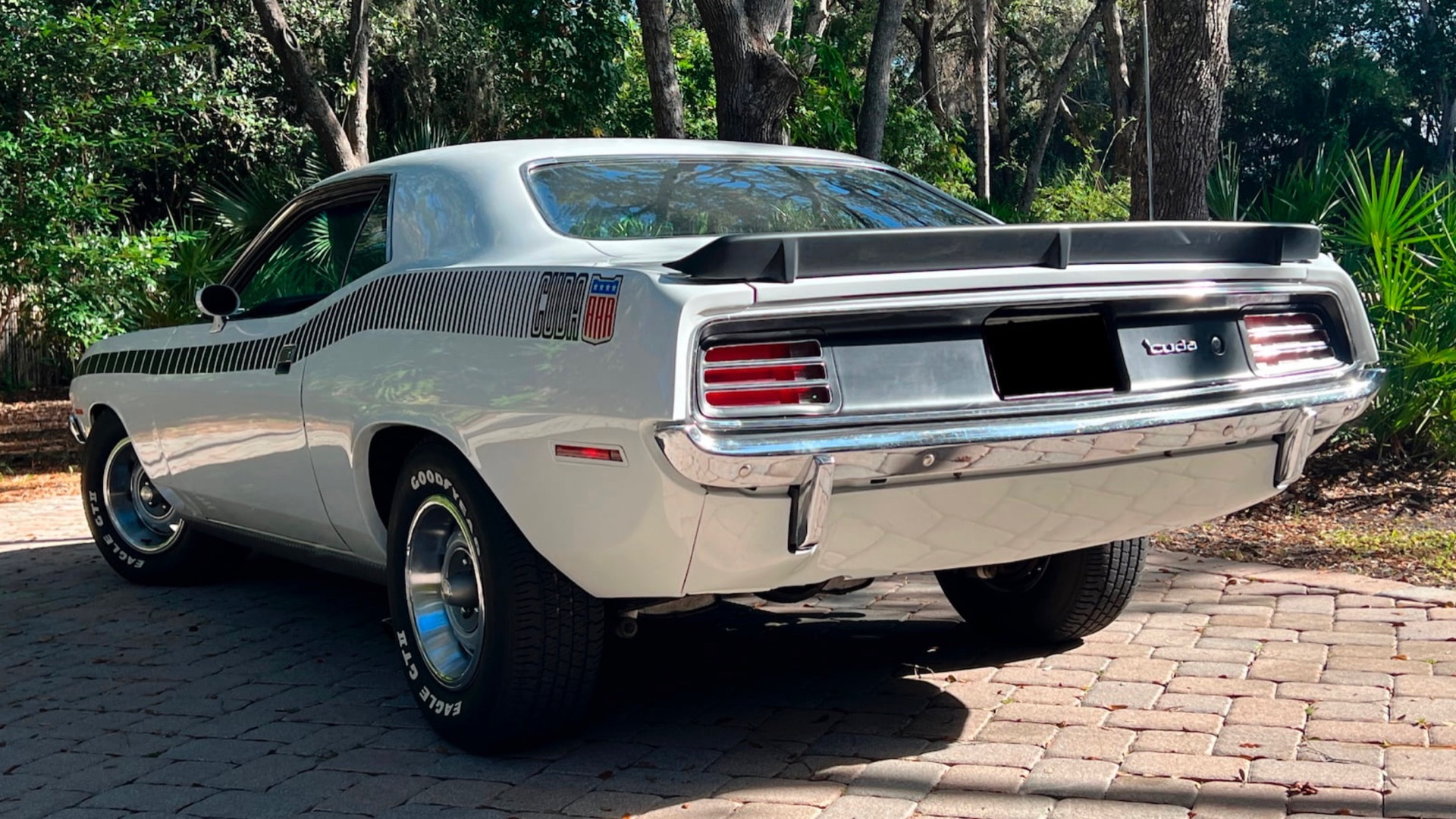 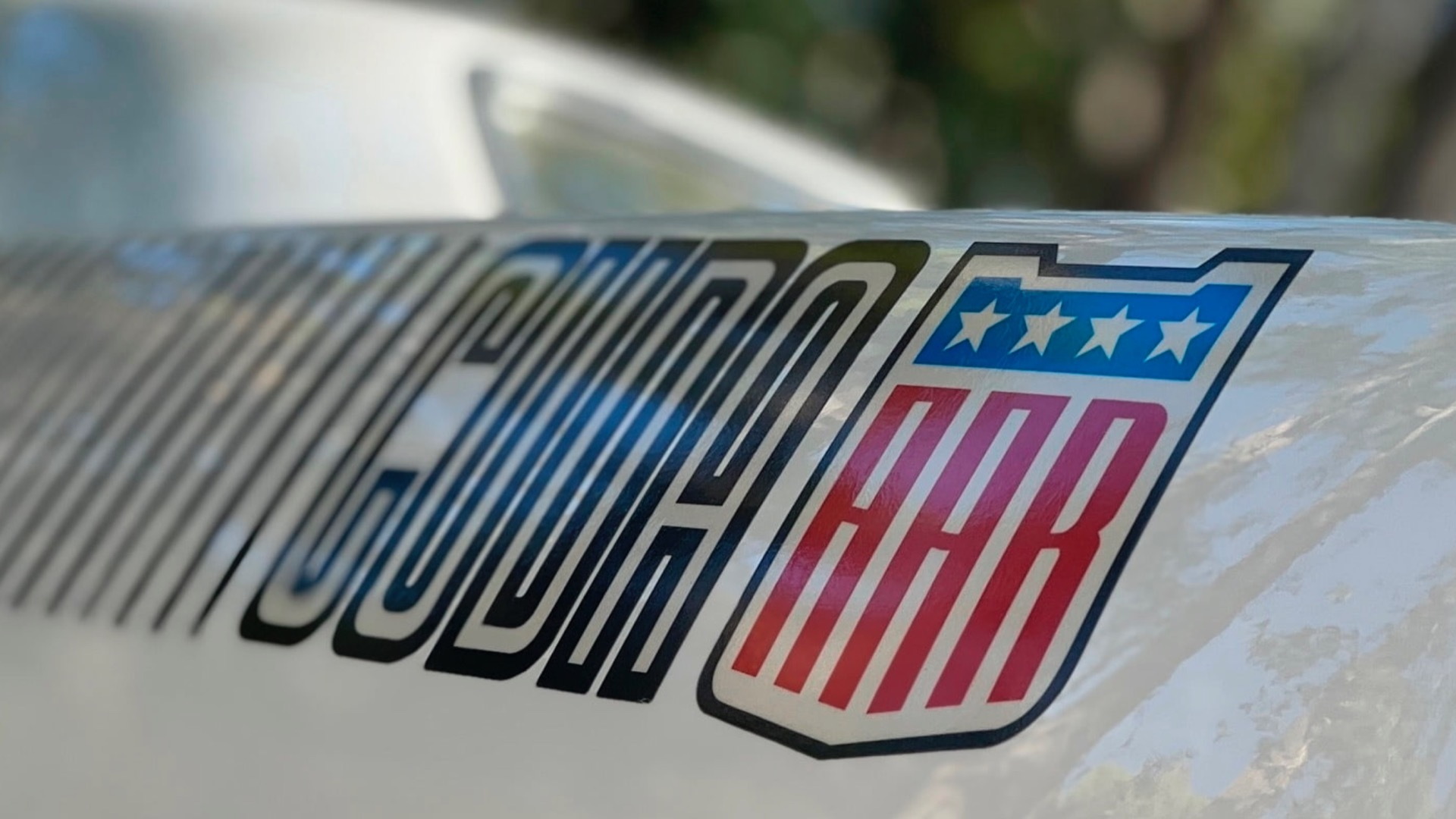 The 1970 Plymouth AAR 'Cuda was the Mopar brand's SCCA Trans Am homologation special during the series' early 1970s heyday. A restored example headed to the Mecum Auctions Kissimmee, Florida, sale scheduled where it sold for $90,200 over the weekend.

"AAR" stands for "All American Racers," the Dan Gurney-led team that Plymouth brought in as its factory team for Trans Am in 1970. This was during the height of Trans Am's popularity, with factory-backed Mustangs, Camaros, Challengers, and even AMC Javelins competing against the Plymouths.

Trans Am rules required manufacturers to base their race cars on production models, which is how we got the original Ford Mustang Boss 302 and Chevrolet Camaro Z/28, as well as the Dodge Challenger T/A. The AAR 'Cuda was Plymouth's answer to those cars.

The AAR 'Cuda was one of several performance versions of the Plymouth Barracuda, all of which got the shortened 'Cuda name beginning in 1970. The AAR's 340-cubic-inch V-8 was far from the largest engine in the 'Cuda lineup, but it fit SCCA regulations. The engine produced 290 hp, which it sent to the rear wheels through a 4-speed manual transmission and 3:91 Sure Grip rear end.

The white car heading to auction has been fully restored, according to the listing. Because it's an AAR model, it gets some sporty trim features, including a Hurst Pistol Grip shifter, a Rallye dashboard with tachometer, and front bucket seats.

This car won't be the only 'Cuda up for grabs at Mecum's Kissimmee auction. An extremely rare 1970 Hemi 'Cuda convertible is also scheduled to cross the block at that sale. Mecum doesn't provide pre-auction estimates, but 'Cudas have fetched millions at past auctions.

Note: This post has been updated to reflect the AAR 'Cuda's final sale price.