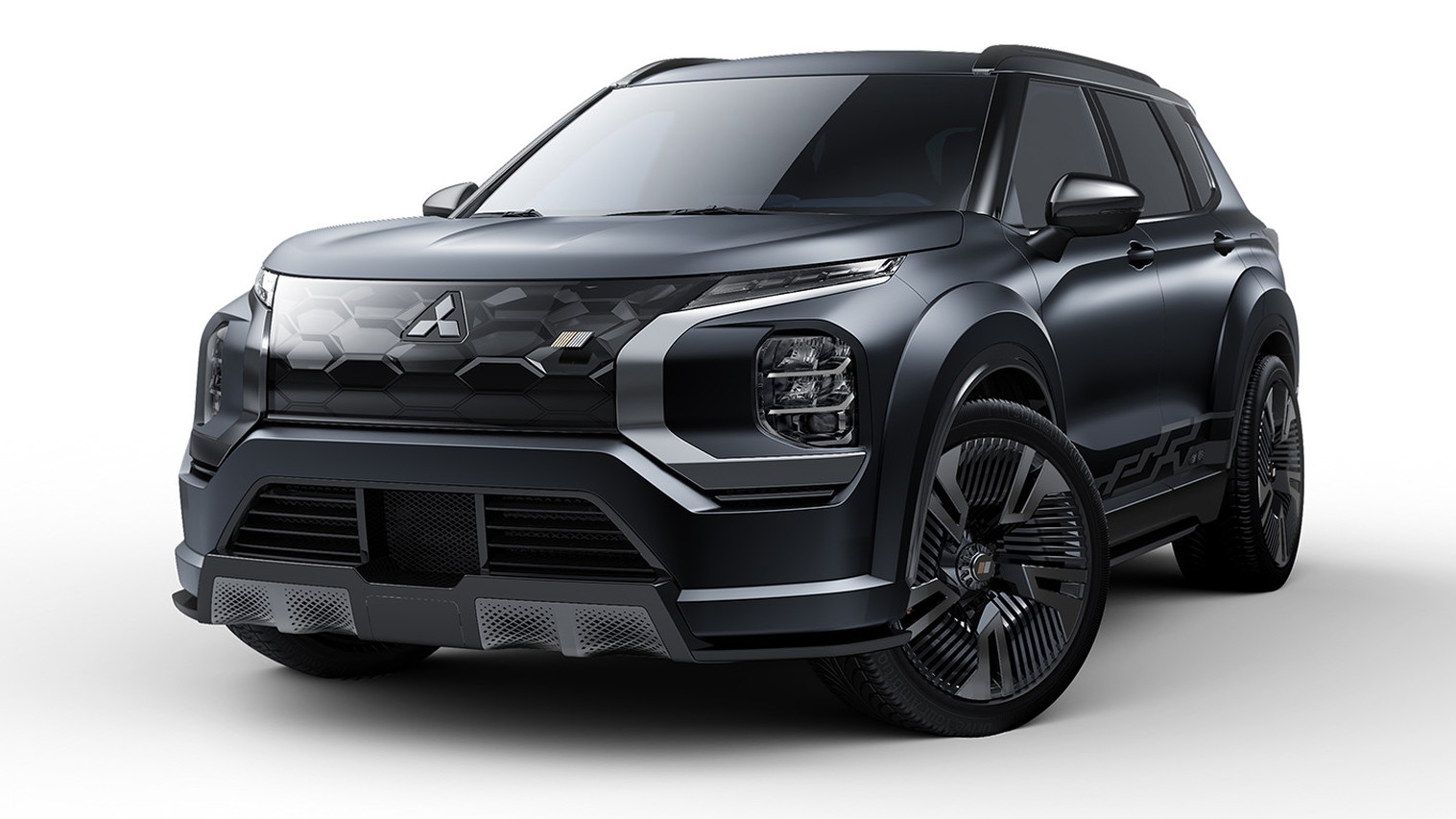 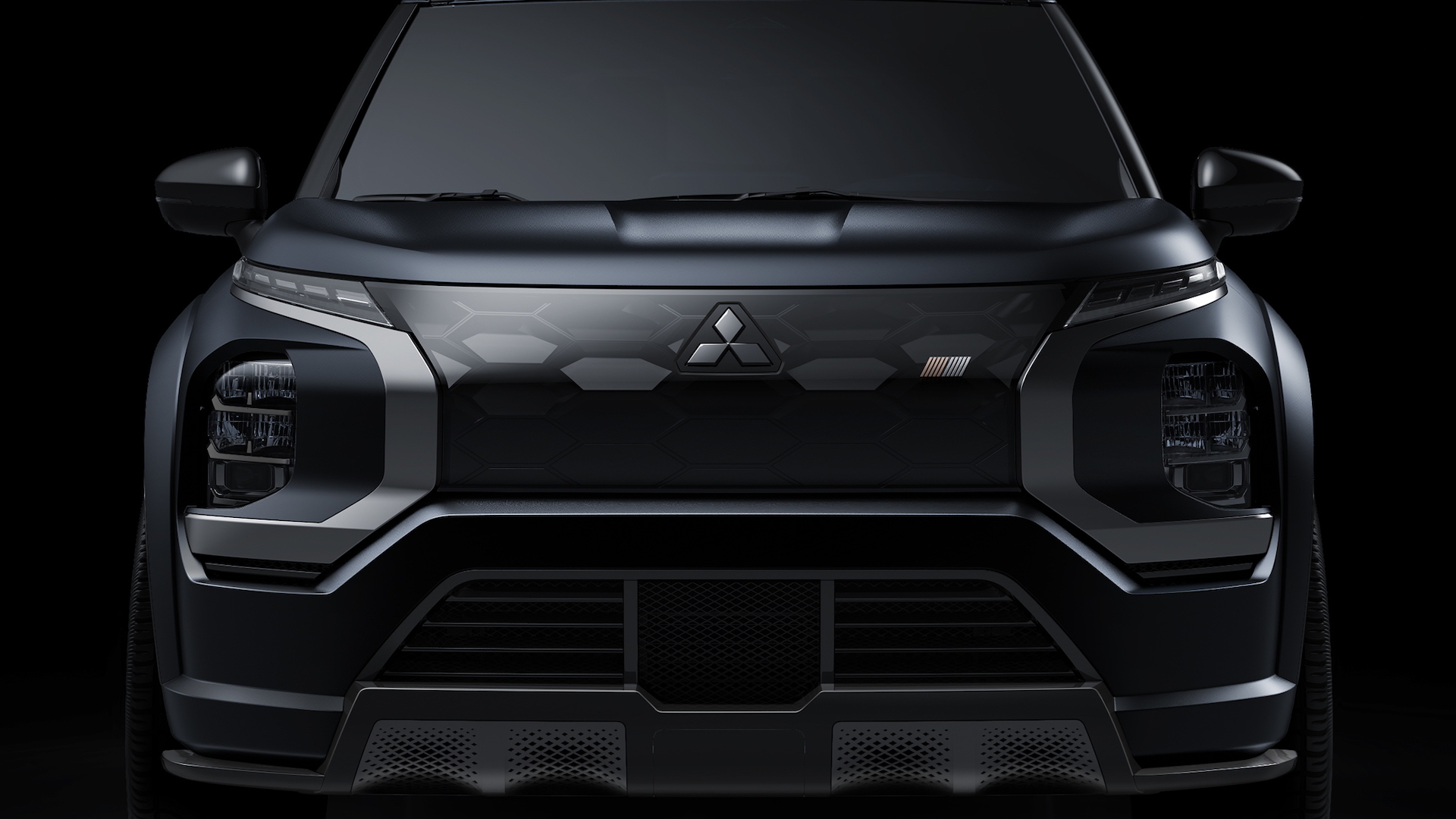 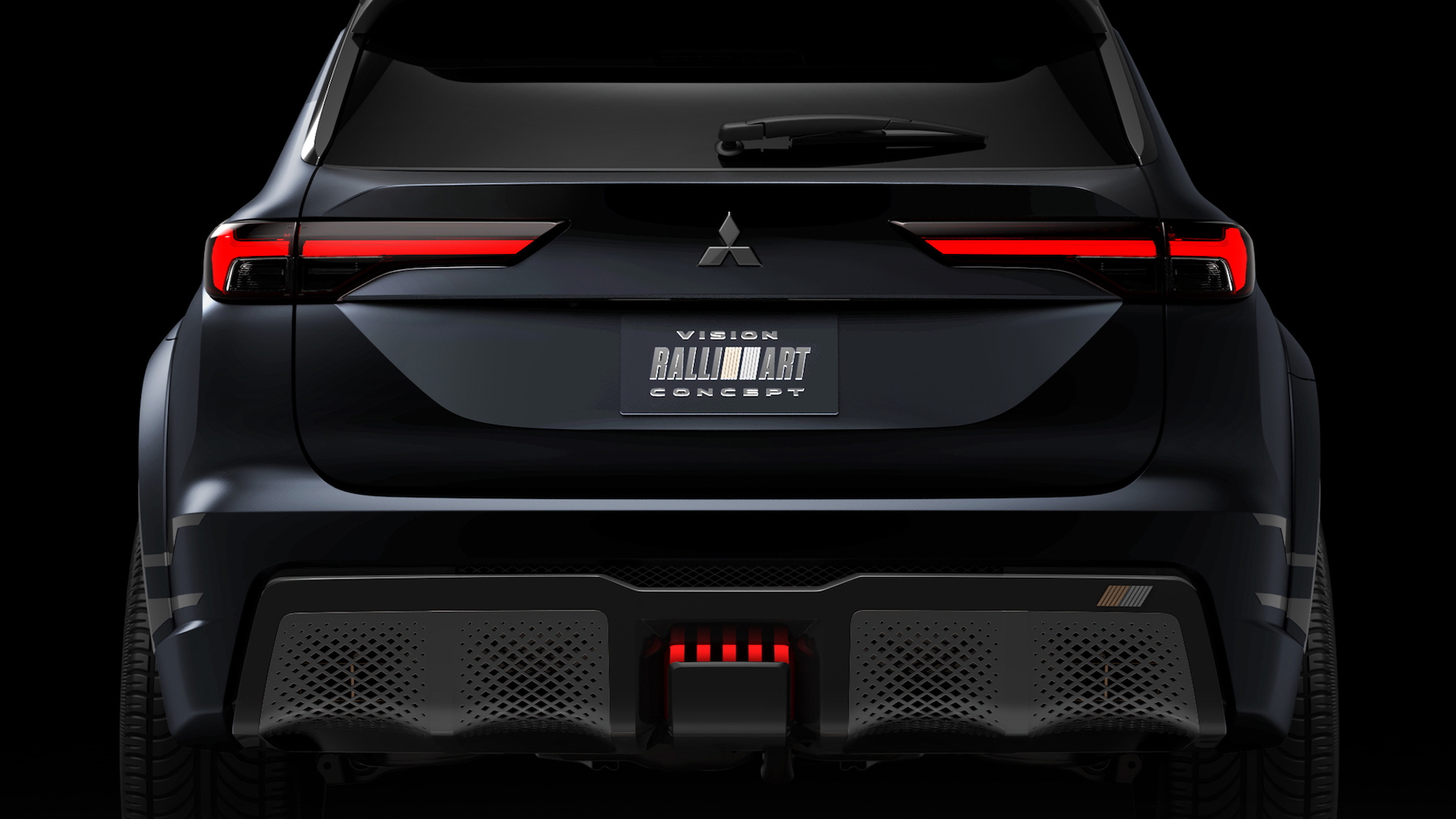 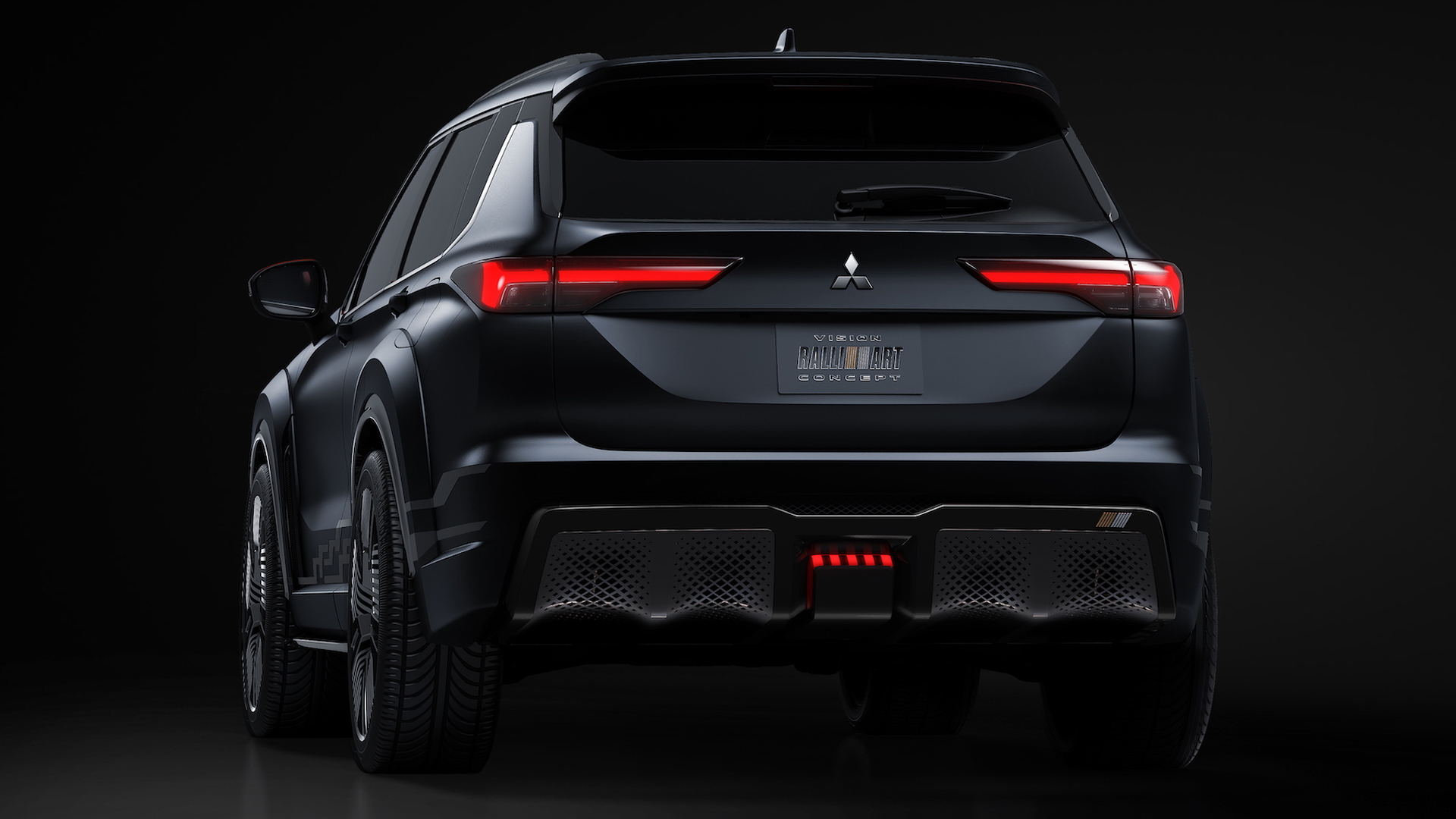 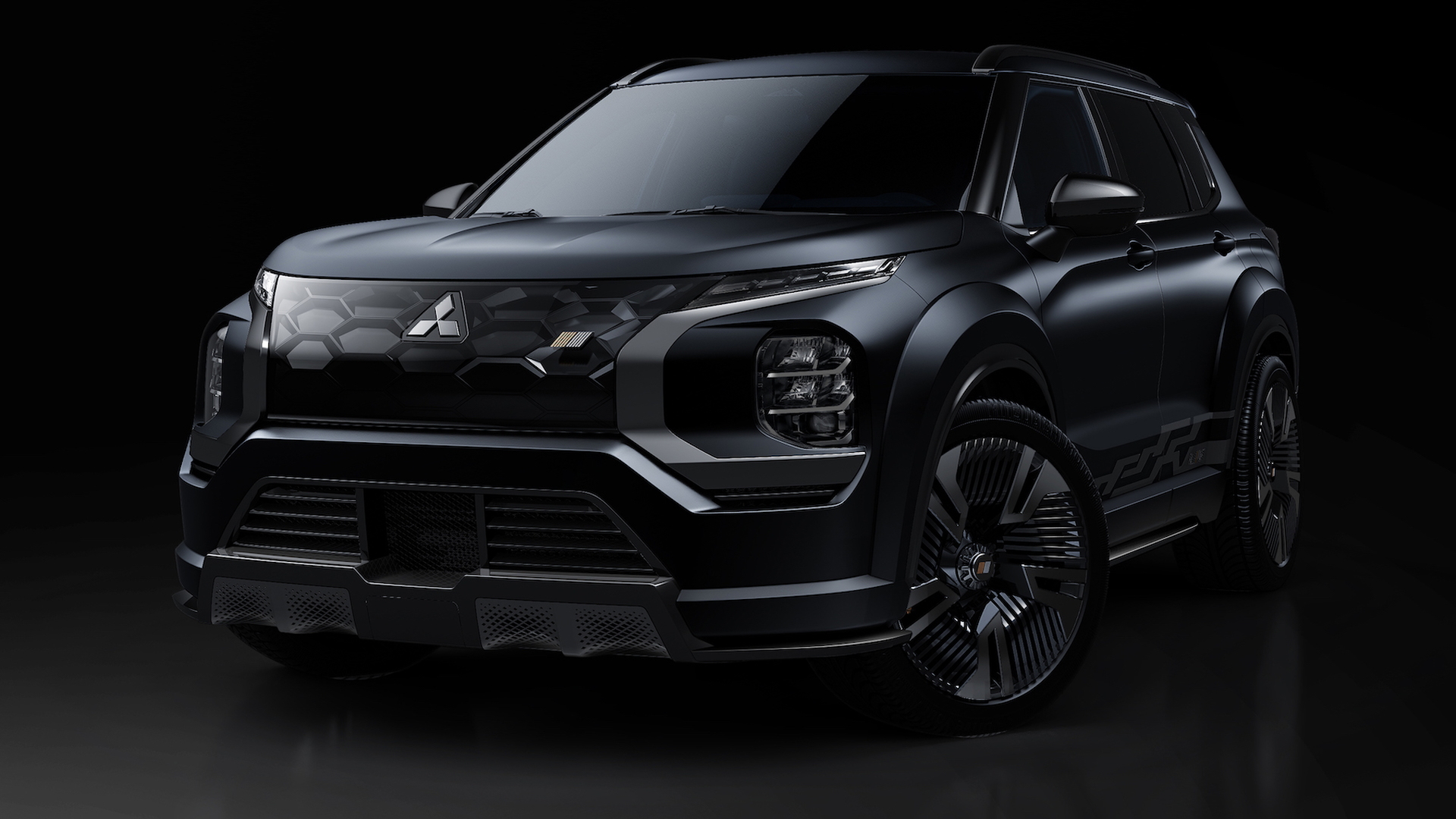 Mitsubishi has a concept for a potential future for Ralliart, almost one year after the automaker said it was reviving the once popular motorsport and performance division.

Mitsubishi on Tuesday unveiled a Ralliart concept based on the Outlander Plug-In Hybrid crossover, which will be shown at the 2022 Tokyo Auto Salon later this week.

The Vision Ralliart concept adds sportier styling elements to the Outlander, including new front and rear bumpers, wider over fenders, a large rear diffuser, and a mostly blanked-off grille with a hexagon pattern. The concept rides on 22-inch wheels, and Mitsubishi also gave it larger brakes with 6-piston calipers.

Mitsubishi didn't mention any powertrain upgrades, however. The automaker hasn't revealed full specs for the standard Outlander Plug-In Hybrid, which is expected to reach the U.S. as a 2023 model, but has confirmed a larger battery pack and more powerful electric motors than in its predecessor.

Established in the 1980s, Ralliart was responsible for various motorsport programs including successful entries in the Dakar Rally and World Rally Championship. There were also Ralliart-branded vehicles, such as the Lancer Ralliart.

Ralliart went dormant in 2010 as part of the fallout of the global financial crisis, and was finally revived by the automaker in May 2021. Mitsubishi CEO Takao Kato said at the time to look forward to new performance accessories and a return to motorsports.

The Tokyo Auto Salon runs Jan. 14-16. Mitsubishi will also use the event to unveil two electric kei car concepts, based on the Minicab-MiEV van and the K-EV hatchback, as well as a safari-style Delica van concept.