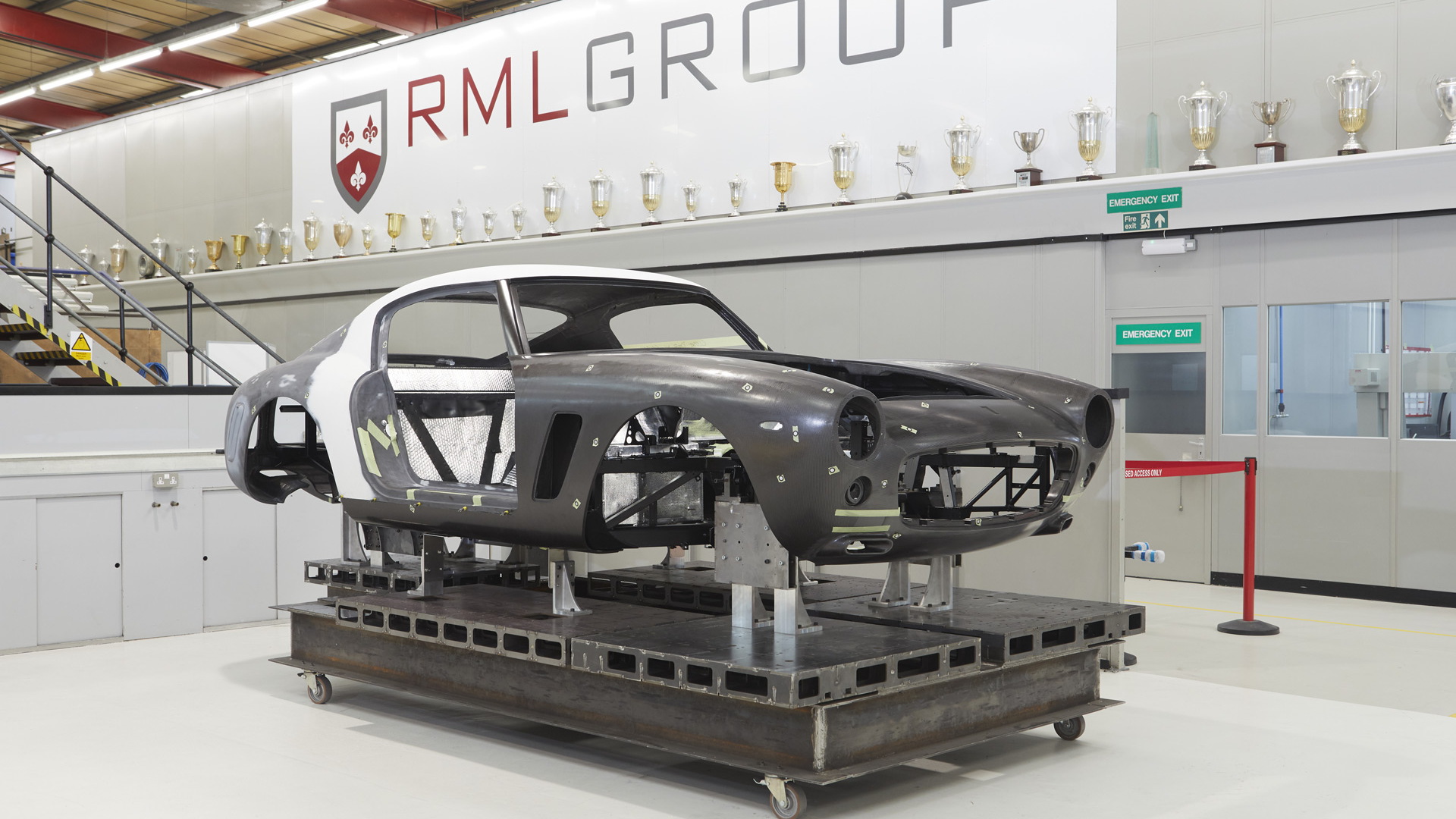 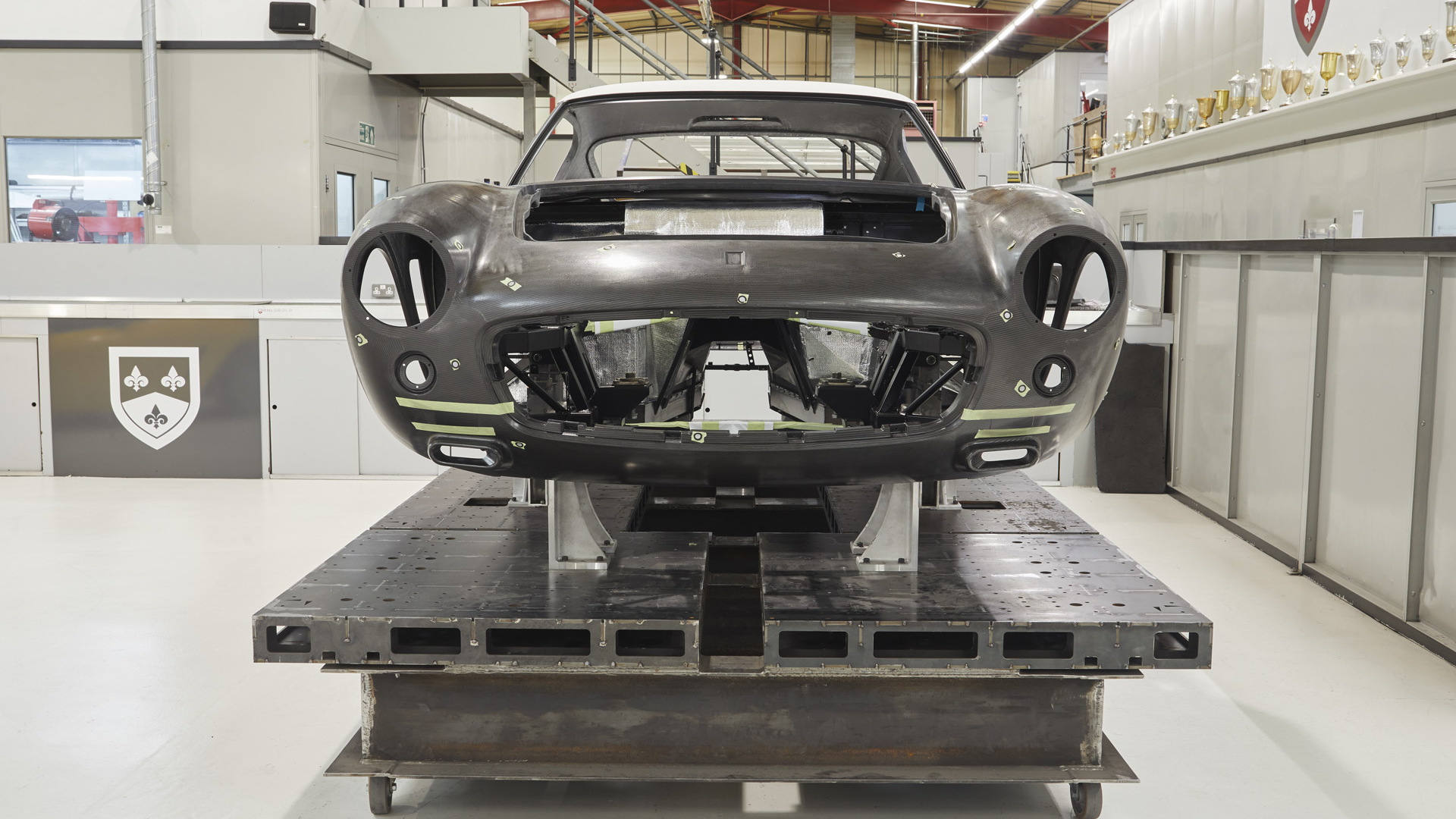 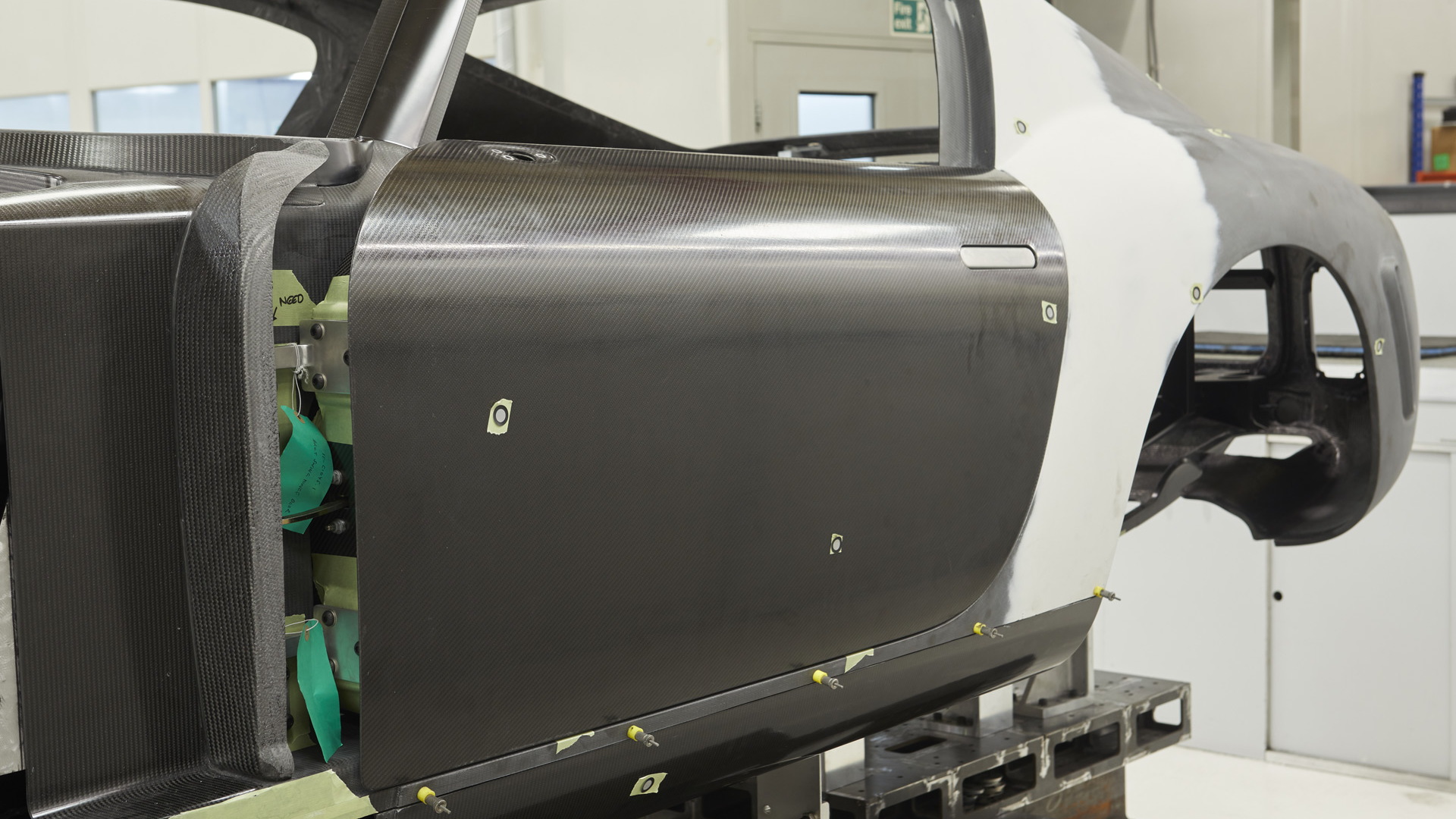 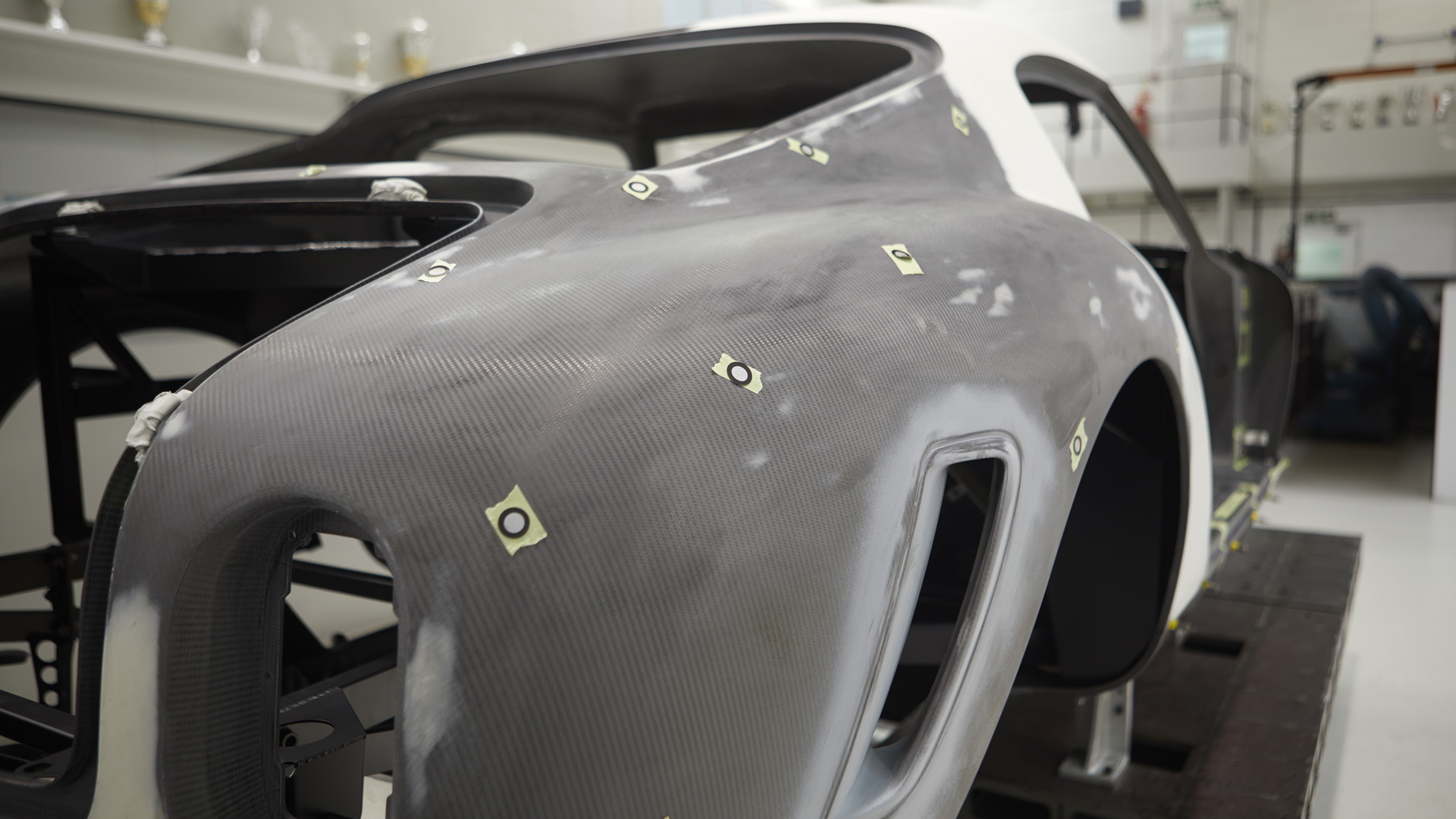 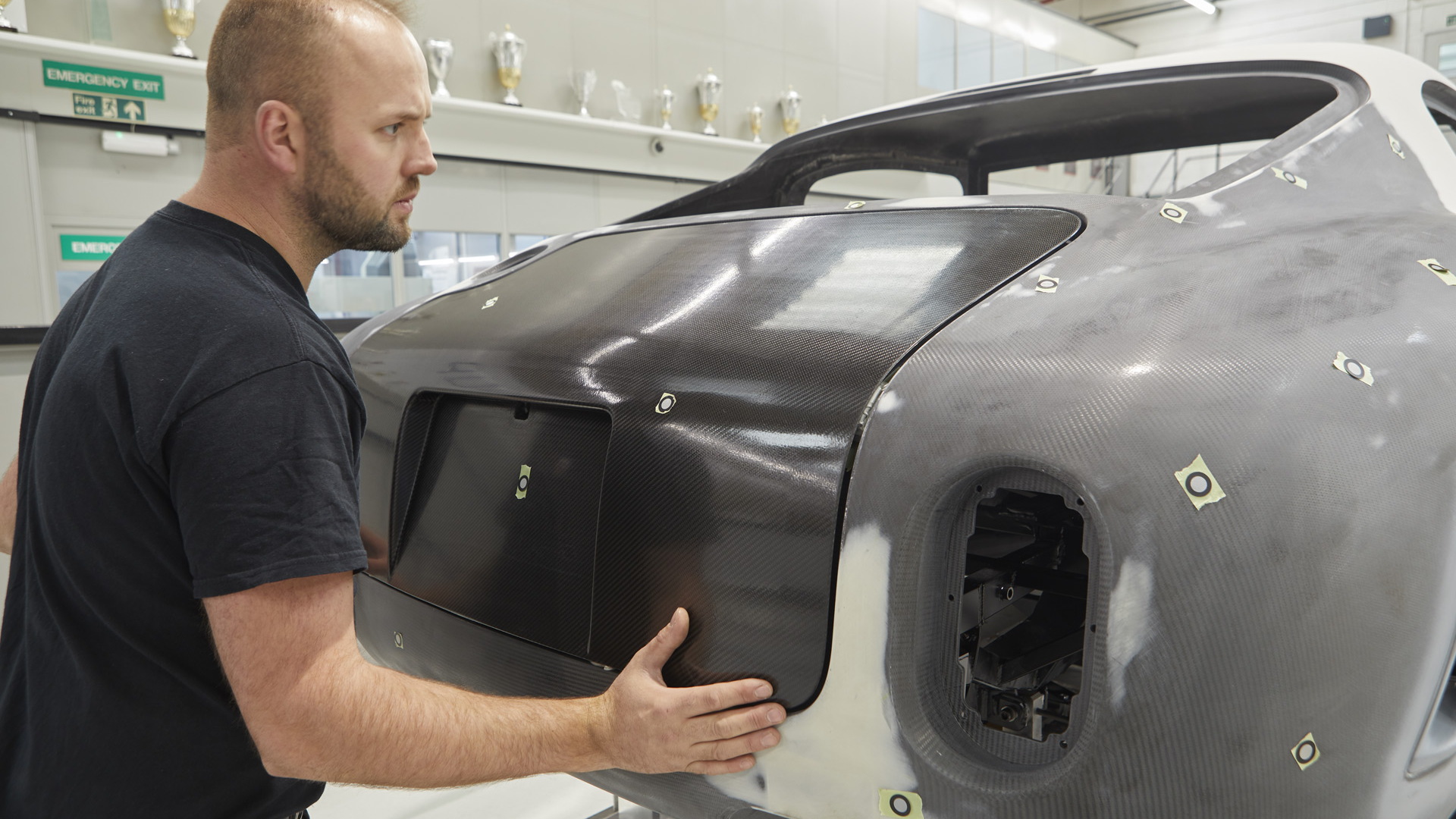 British motorsport and engineering company RML Group is developing a coach-built sports car on the chassis of a Ferrari 550 Maranello, the V-12 grand tourer built between 1996 and 2002.

RML calls its car the Short Wheelbase, and the design has clearly been inspired by a classic Ferrari, specifically the 250 GT SWB of the 1950s. There'll even be an egg-crate grille and stacked taillights.

RML showed a virtual version of the Short Wheelbase in July and now the company has provided a look at the build of the first example. Right now only the body shell has been built, using carbon-composite materials to keep weight down. The rear section, for example, weighs just 88 pounds, or 72 pounds less than the comparable section on the 550 Maranello. The total dry weight is expected to be 3,240 pounds.

The rear section is joined by a corresponding front section and both attach to the donor chassis in a dry process. RML said the sections were scanned and measured after being attached to the chassis, revealing that 99% of the structure fell within a 2.5-millimeter tolerance, and 60% within 1 mm. Before receiving its new body, the donor chassis was refurbished and fully sealed for protection.

“To see the first production car’s bodywork in this complete state, fixed to the chassis, with sound deadening and heat insulation in place, is quite special after only viewing it virtually up until now,” Ben Amos, manufacturing engineer for the Short Wheelbase program, said in a statement.

The next stages will be painting and powertrain installation. RML plans to leave some areas of the car's carbon-weave exposed, such as the interior of the doors, the panel in front of the windscreen, and parts of the engine bay.

The donor 550 Maranello's 5.5-liter V-12 will remain, though possibly with some modifications. We also know that the engine will be mated to a 6-speed manual with a gated shifter.

RML is currently accepting orders but is yet to reveal a price tag. The company plans to build just 30 examples, and if all goes to plan the deliveries will start in early 2022.

There's another British company, GTO Engineering, which has a similar project in the works. GTO Engineering is working on a Ferrari 250 GTO-inspired model built from the ground up. We're talking a new chassis, V-12 engine, and sexy body also made from carbon-composite materials.